An inspired Joe Carnahan can result in some very memorable and highly entertaining action films. Narc, Smokin’ Aces, The A-Team, The Grey and Bad Boys for Life have benefited from his signature touch. Carnahan’s latest, Copshop, successfully captures his knack for creating interesting characters, a layered story and wildly over the top action.

It’s a relatively quiet night in a small Nevada town. A police sergeant (Chad Coleman, The Walking Dead) and his bored stiff graveyard staff are settling in for another low-key evening.

That all changes when Teddy Murretto, a con man on the run, sucker punches rookie police officer Valerie Young (Alexis Louder, The Tomorrow War). Teddy’s trying to stay a step ahead of some bad dudes and figures spending some time in custody will keep him safe until he figures out his next move. 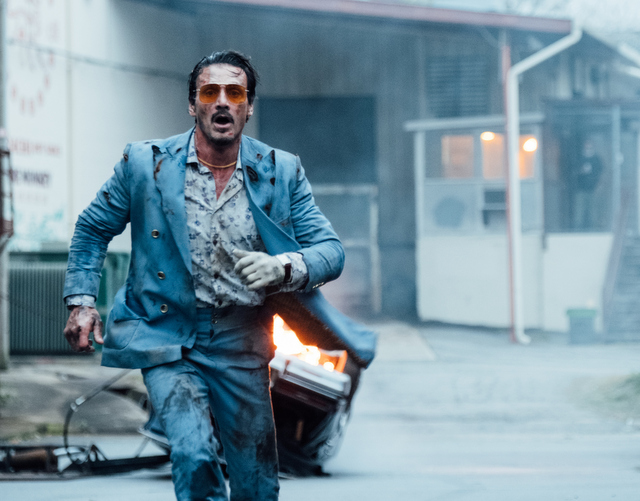 Teddy barely gets booked when the holding cell gets a new prisoner — Bob Viddick (Gerard Butler), a hit man that knows exactly how to get close enough to Teddy to fulfill his contract.

Val knows something is suspect. Her military instincts have her on edge and she’s focused on getting some information, but who can she trust? The killer or the con man?

Carnahan and co-screenwriter Kurt McLeod (Laundry) use a similar framework as Assault on Precinct 13 with an understaffed police department trying to stave off an attack on one of the prisoners. This is more character-focused with less significant roles for the cannon fodder. And a bit more mystery on who to trust. 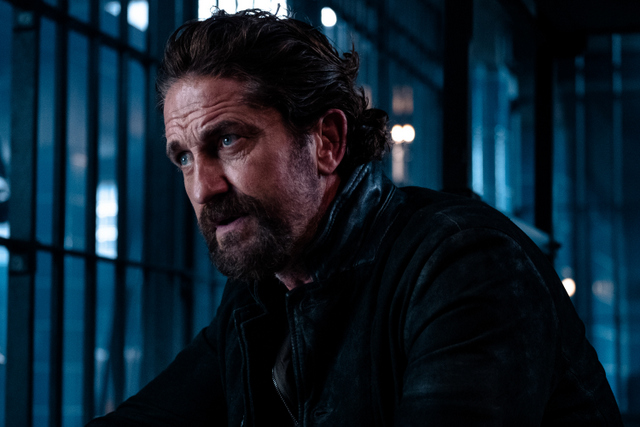 In some cases that’s a shame as Louder doesn’t have as much time to interact with some of her co-stars before they’re written out. This would help establish Val’s connection to her co-workers and her growing need for payback against their killers.

The main one is the psychotic Tony Lamb (Toby Huss, 42), who has a very perverse sense of humor while claiming victims. Lamb is established as a deranged villain, but Huss plays him so eccentric and off that he nearly steals the film.

Grillo is at risk at becoming typecast as the sleazy, shady dirt bag characters, but he’s so good at it and it’s certainly not like those roles are going away any time soon.

Butler is easing into the less is more phase of his action star career. He’s not doing a bunch of ridiculous stunts now with his physical action reserved for sensible quick bursts and taking advantage of his height and stockiness. Butler is still very convincing in the parts and this was an ideal role that keeps teasing and teasing him getting unleashed and springing into action.

Louder doesn’t have as prolific a film resume, but she has a tremendous presence and held her own with no trouble opposite two charismatically domineering performers. 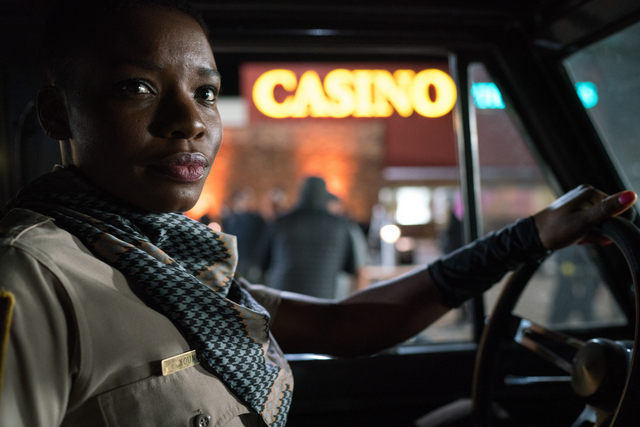 Carnahan and McLeod craft some incredibly snappy dialogue where Val is caught in the middle of Viddick and Teddy. Louder delivers it superbly. It was very easy watching Louder in action and thinking she is thisclose from breaking out and becoming an undeniable star.

From his director’s seat, Carnahan doesn’t bombard the film with action scenes. Carnahan seems to relish building the anticipation for the exact point when everything hits the fan…and the blood starts spraying the walls. It’s takes longer than expected, but when it does, it comes with a vengeance.

Carnahan avoids making Copshop especially gory. Blood sprays and spurts are more a function of the wounds, not so much a fetish with lingering the camera on it. Shootout scenes are nice and crisp. The biggest complaint is the ineptness of every officer besides Val. They constantly come off like they have never been in a dangerous situation before and get taken down with ease. 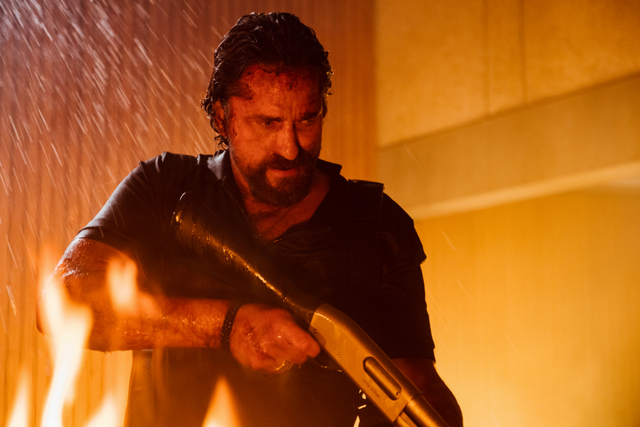 Not that it really matters. This was always destined to come down to a showdown of the four main players and that big final scene definitely delivers.

Copshop is a very satisfying action film overflowing with charismatic characters and a clever script.