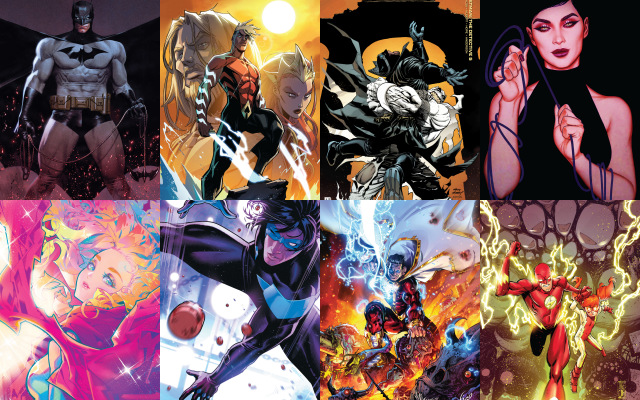 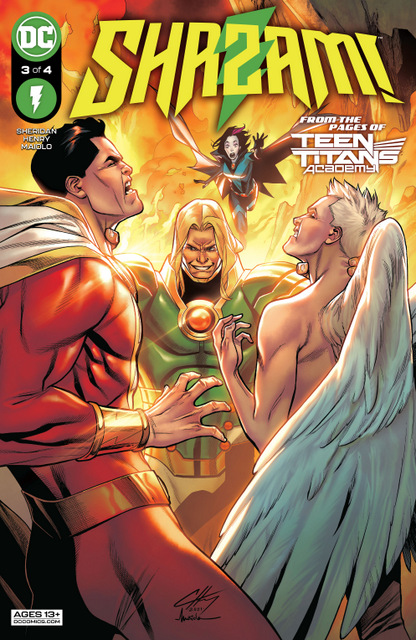 It’s a shame that this is the penultimate issue of this Shazam mini-series. Writer Tim Sheridan has an inspired take on Billy Batson that has numerous paths worth exploring further.

As one of dozens of Teen Titans Academy members, Billy/Shazam has occasionally gotten lost in the shuffle. In this mini-series, Sheridan has shown a knack for showcasing what makes him special.

In this issue, Shazam and Dane navigate through Hell in hopes of fully restoring Billy’s powers. Things get complicated when Neron enters the chat. DC continuity is wonky right now, but for writers like Sheridan, who take strong elements from various eras, revisiting the Neron/Shazam rivalry is a savvy move.

Artist Clayton Henry delivers such a crisp, clean style with characters full of emotion and lively action sequences. It seems weird that a talent on Henry’s level doesn’t have a regular monthly gig with DC. Maybe a Shazam ongoing?

Colorist Marcelo Maiolo brings vibrant reds, yellows and oranges to capture the hellish landscape while embracing the series’ carefree tone. It’s unfortunate the cover spoils the two biggest developments of the issue. That would have been fun to read as it plays out instead of knowing both cameos beforehand.

This latest version of Shazam has worked surprisingly well and has made for a highly effective spotlight on one of DC’s underrated heavy hitters.