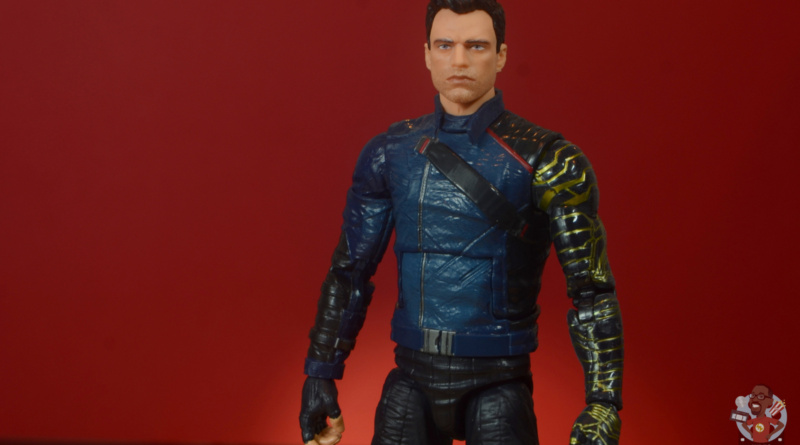 It really wasn’t that long ago when I was thrilling to each installment of The Falcon and The Winter Soldier. The Marvel Cinematic Universe definitely has a special pairing with Sam and Bucky so it was a smart move for Hasbro to immediately release an update of The Winter Soldier

Packaging:  Apparently some dog at the top portion of the card. I ordered my figure through GameStop and while I haven’t had any problems with damaged packaging from them in the past this is not a good look.

I like this bio as it sets the stage for what’s to come with Bucky and Sam’s adventures. This is the writing style approach the Hasbro Star Wars Black Series team takes and this is better than the too vague summaries used on the comic figures.

The sell through art with the mock-up designs looks very weird and hopefully this was a one time experiment.

Likeness: Hasbro has steadily improved on their likenesses of actor Sebastian Stan. This is the best one — maybe Hasbro sculptors just prefers the shorter haircut? — we’ve gotten so far of Bucky. 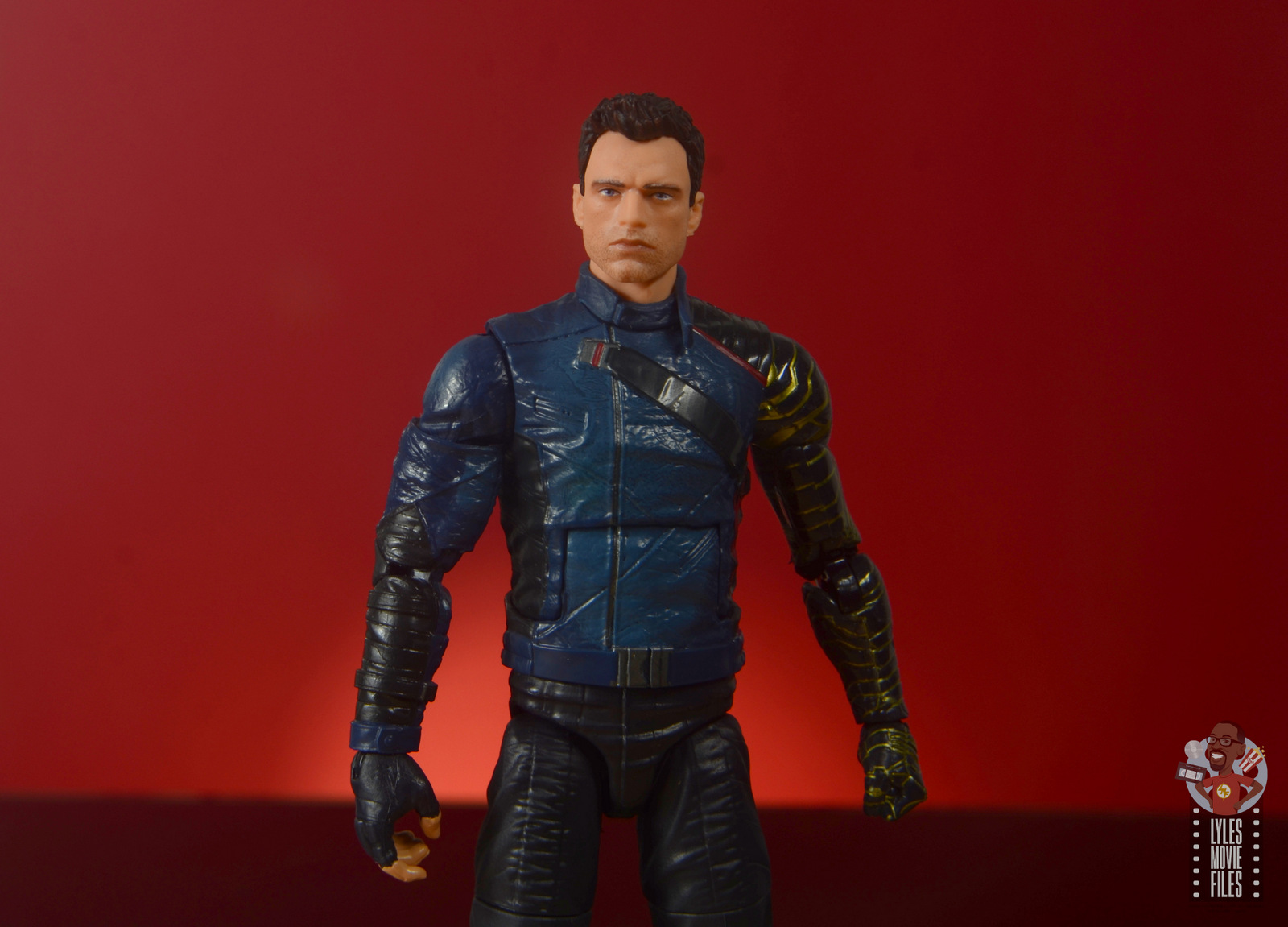 The Wakandan prosthetic arm looks to be the only reuse from the Infinity War figure’s torso. It seems that most of the lower half was reused from earlier Winter Soldier figures. 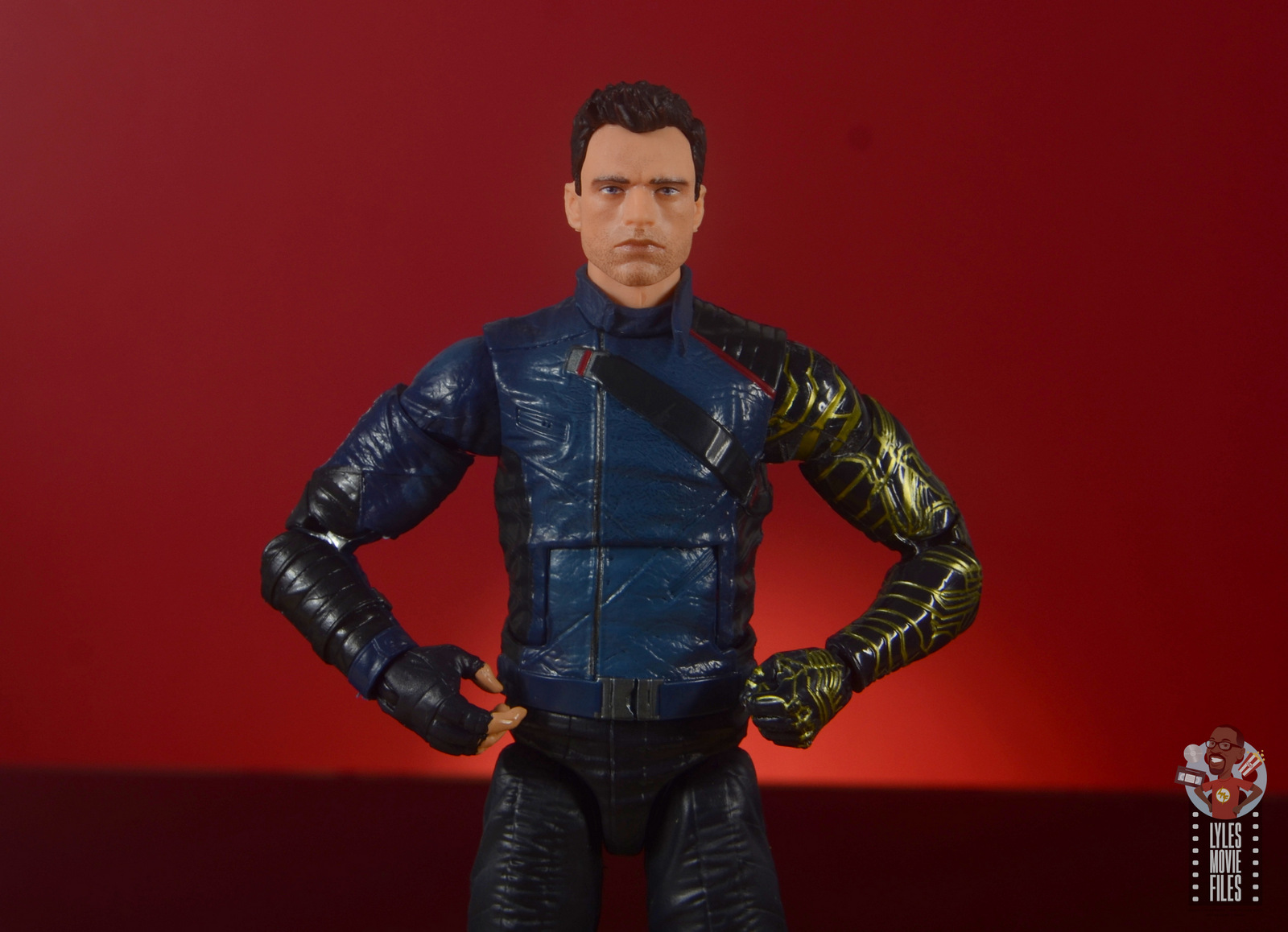 Paint: The paintwork is exceptional on this figure. I love the stubble and the precise detail work with the thin red lining along the outfit and the black straps. The torso has a wash to help bring out some more of the details. It came out very nice.

The vibranium arm also turned out terrific with the sharp contrast of gold and black. Save one line, the lining is also impressively precise at this scale. 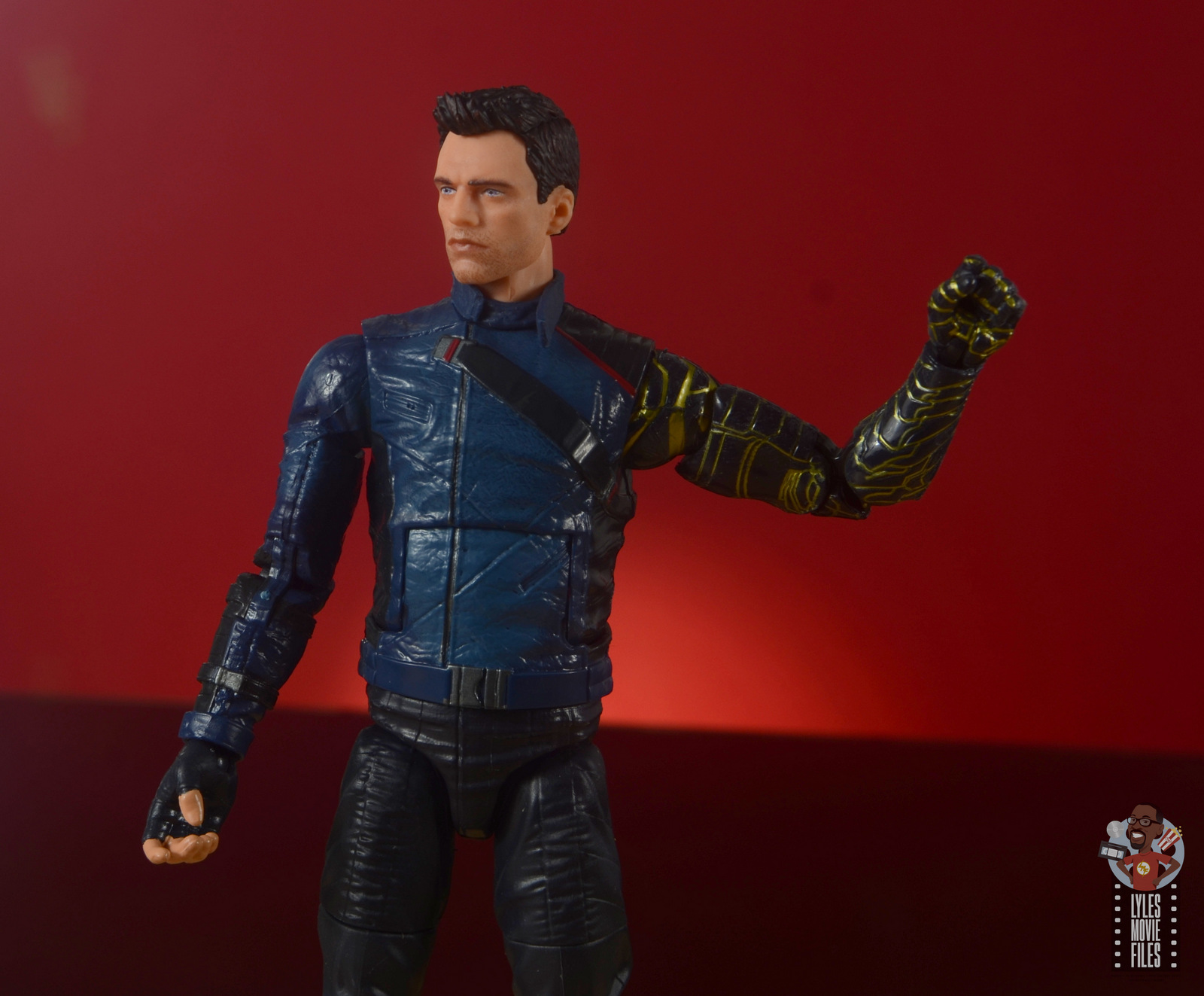 It was also encouraging seeing such the fingers actually matching up with the skin tone of the head sculpt. That’s not always the case. 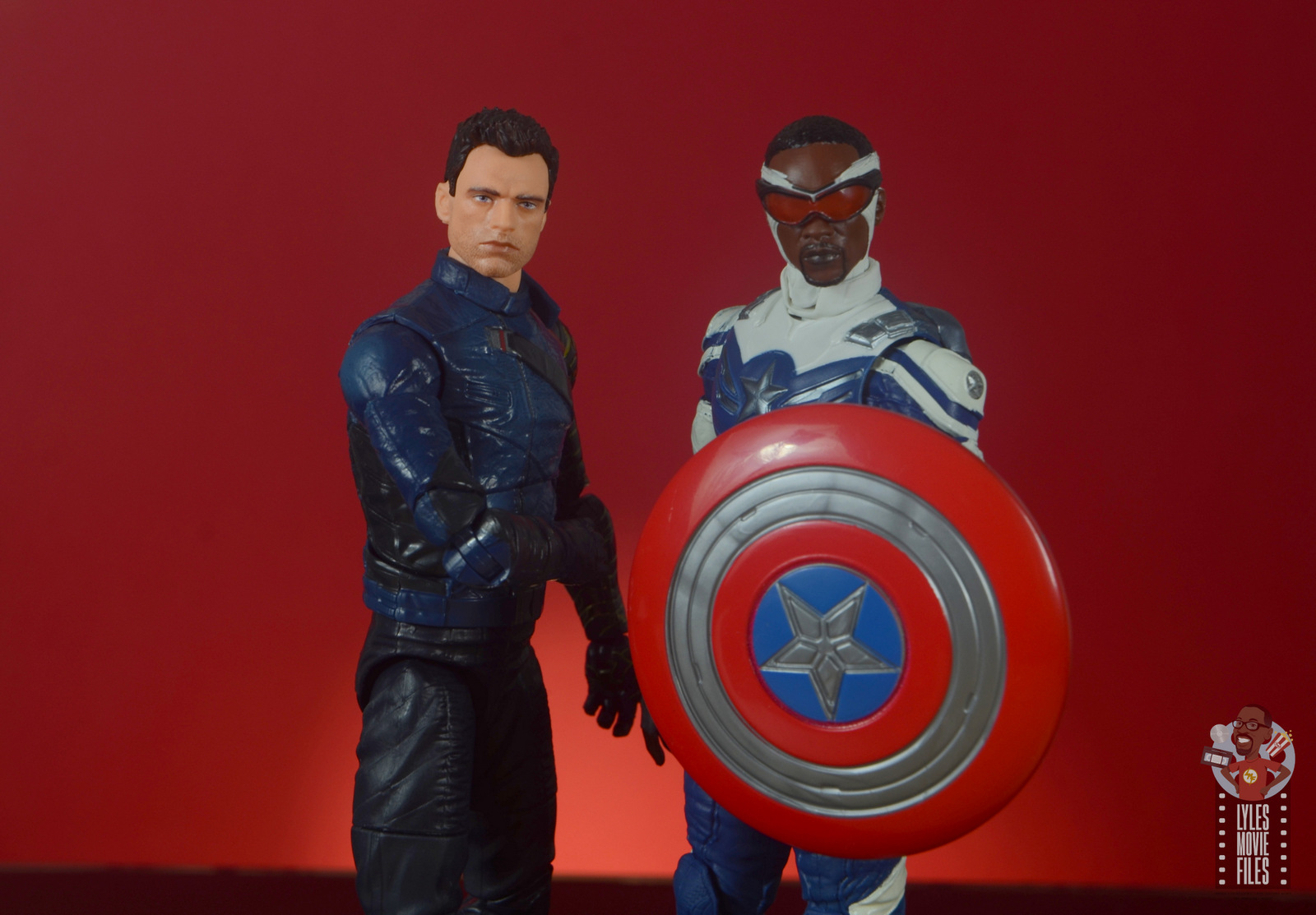 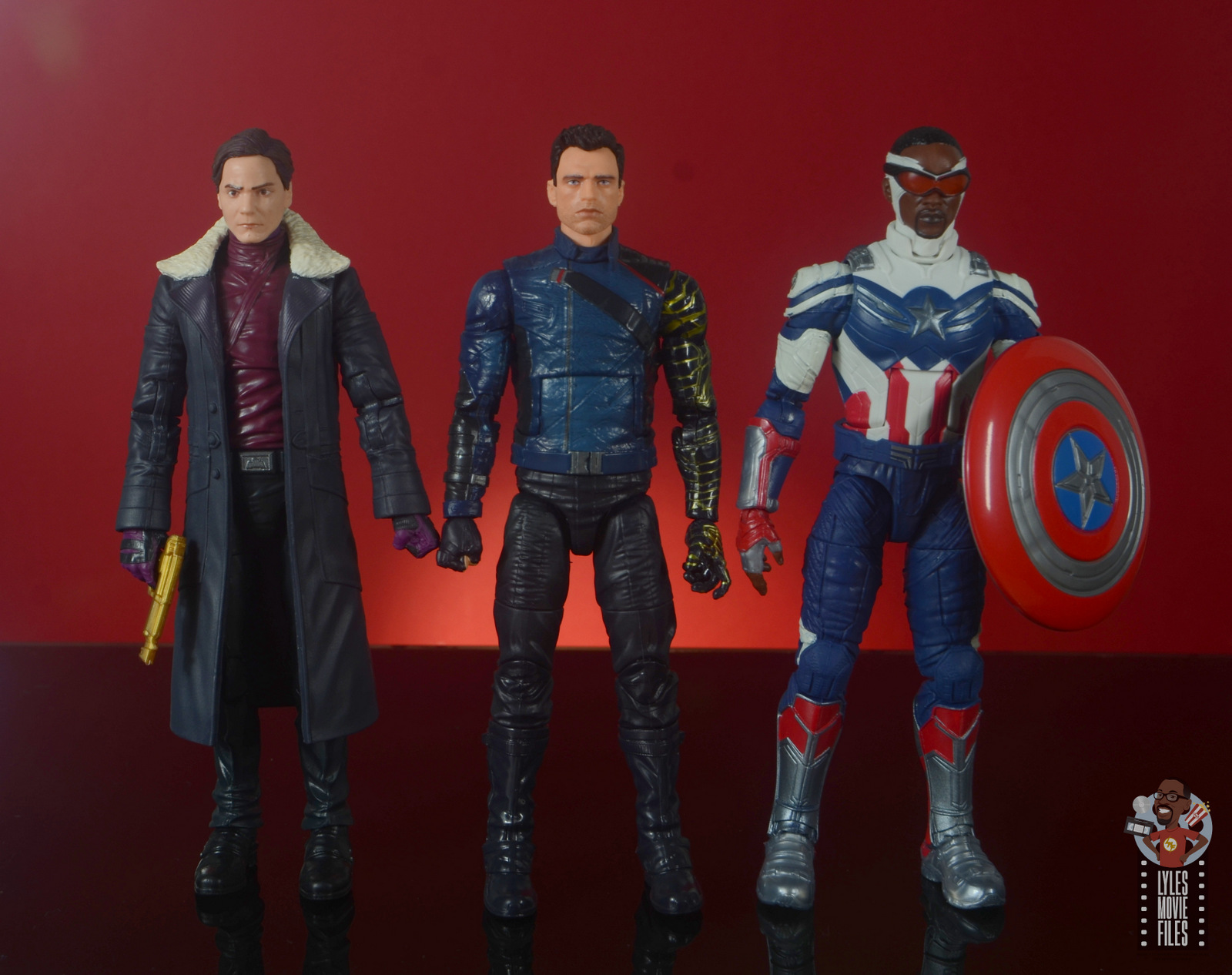 Scale:  Of the duo, The Winter Soldier is taller than Falcon/Captain America as well as Baron Zemo and US Agent. Hasbro maintained that scale properly with these figures. 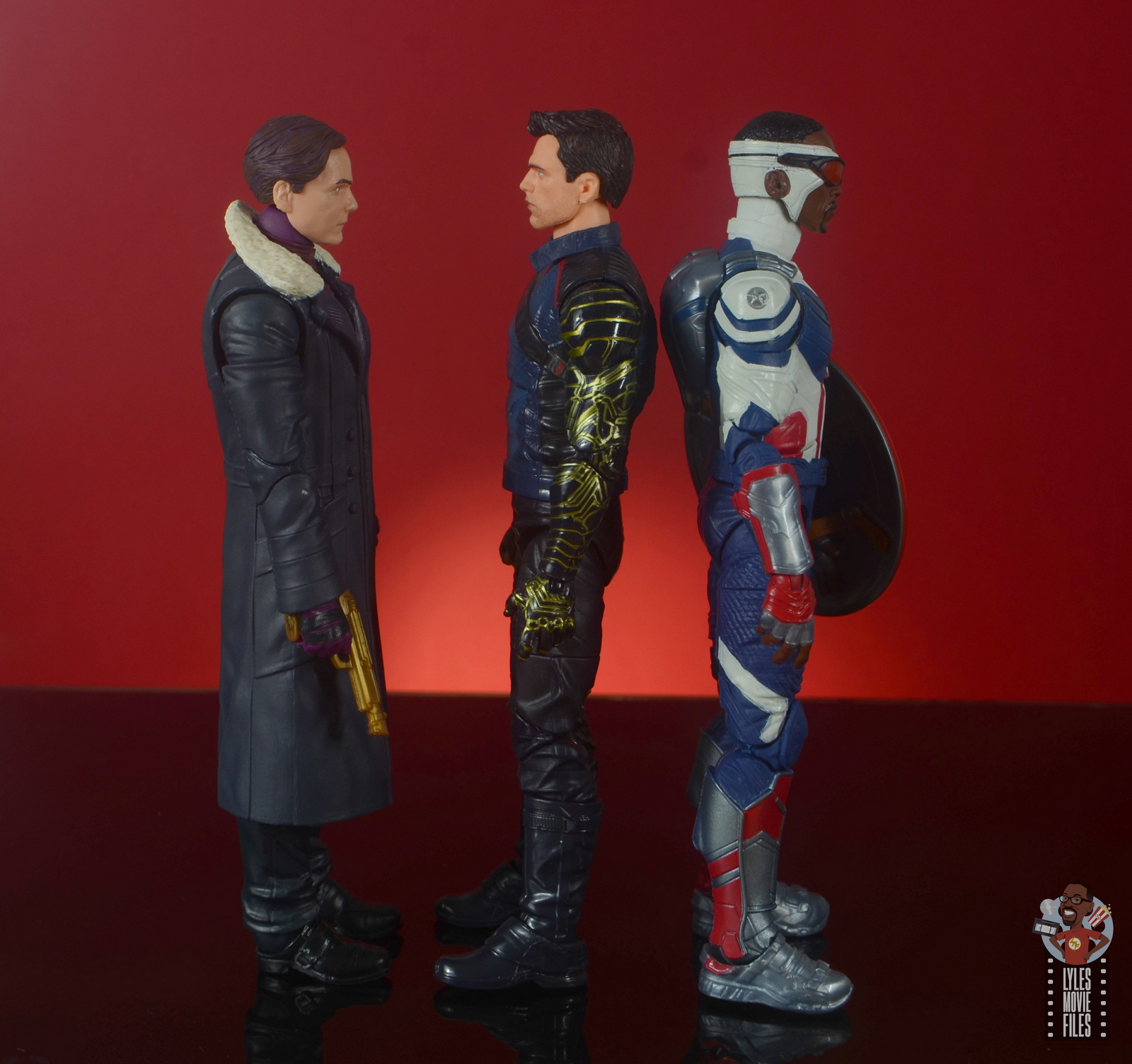 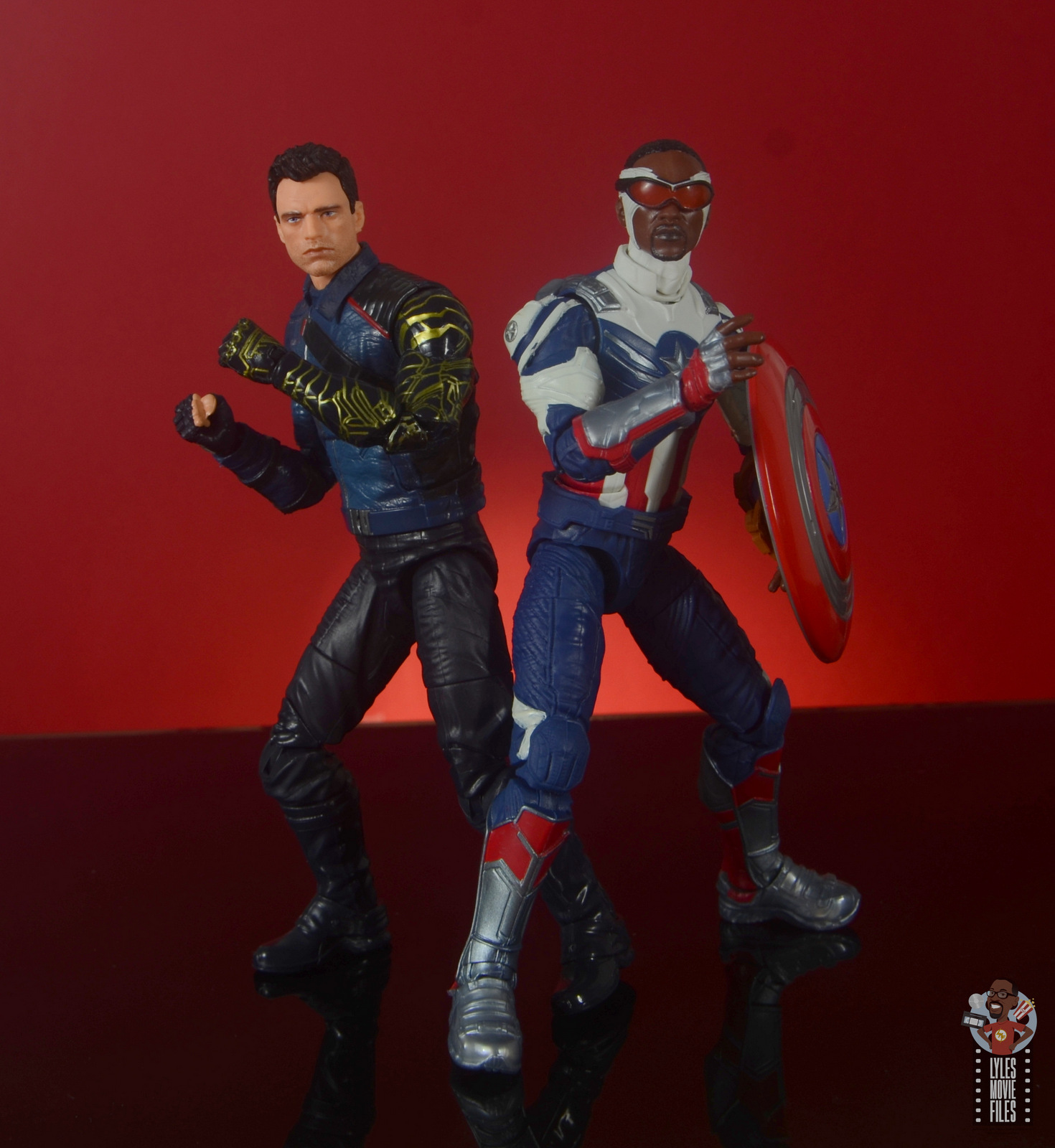 The pinless joints definitely help with the aesthetics although it seems like they need a bit more massaging of the joints to move smoothly. 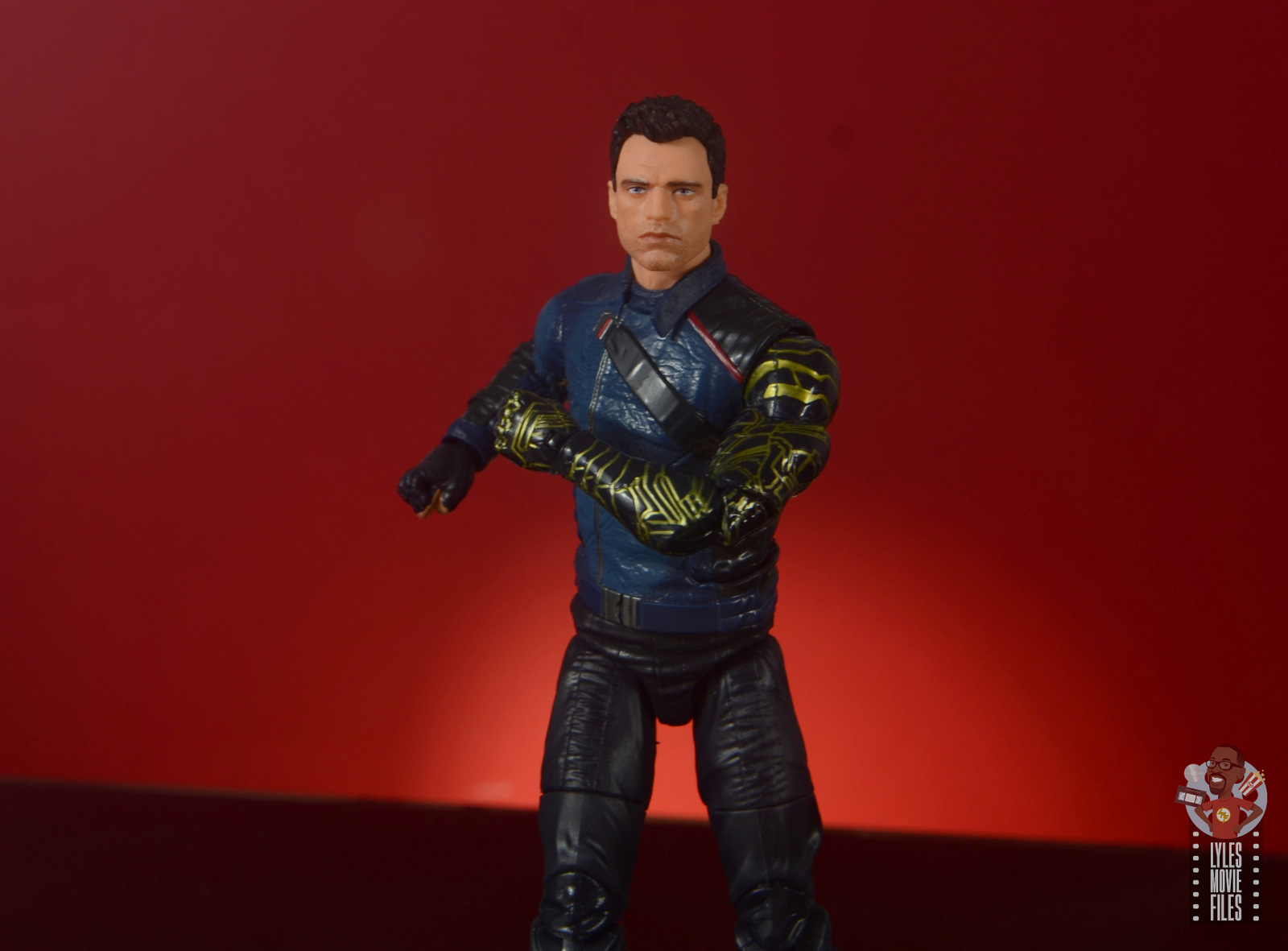 The Winter Soldier has: 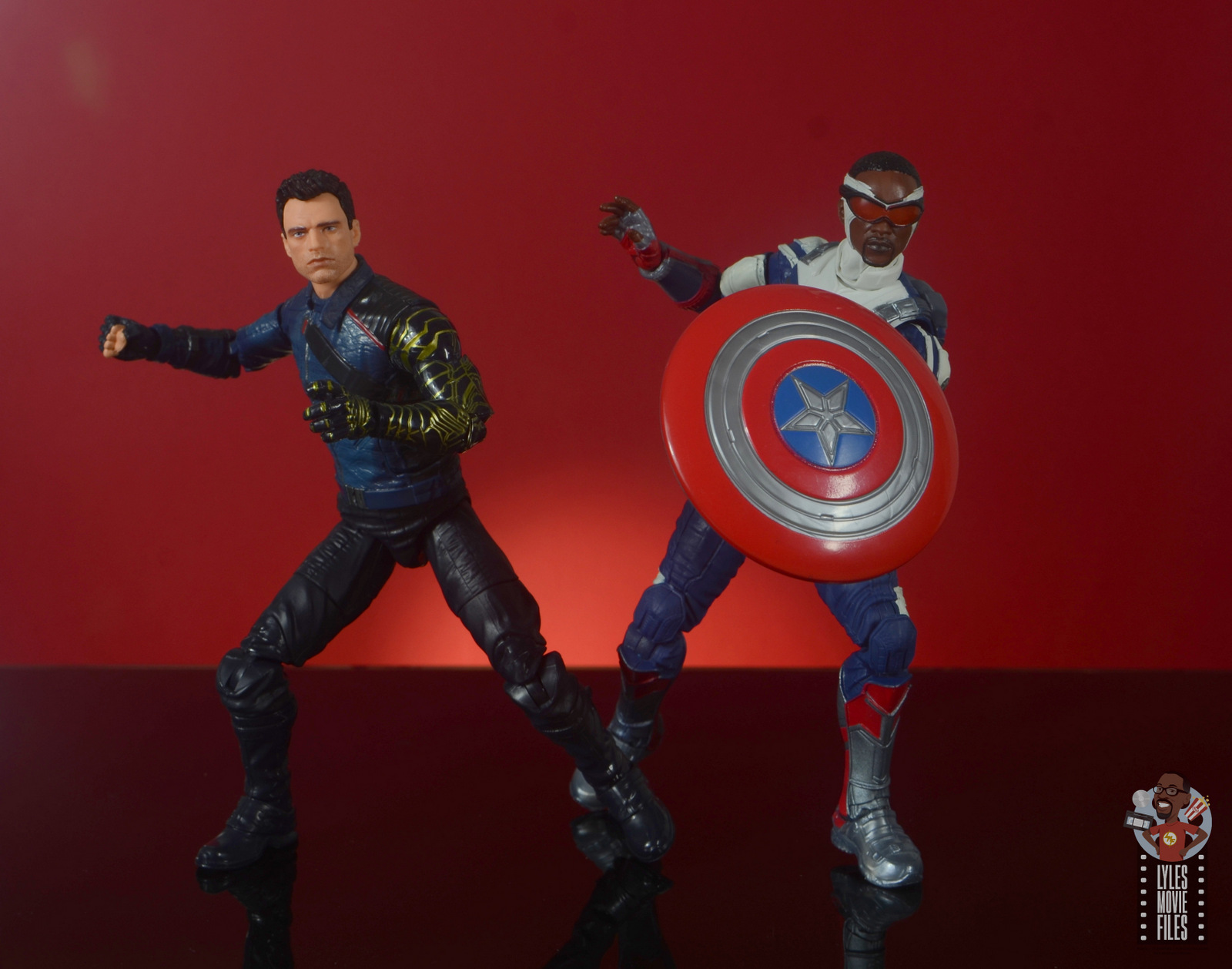 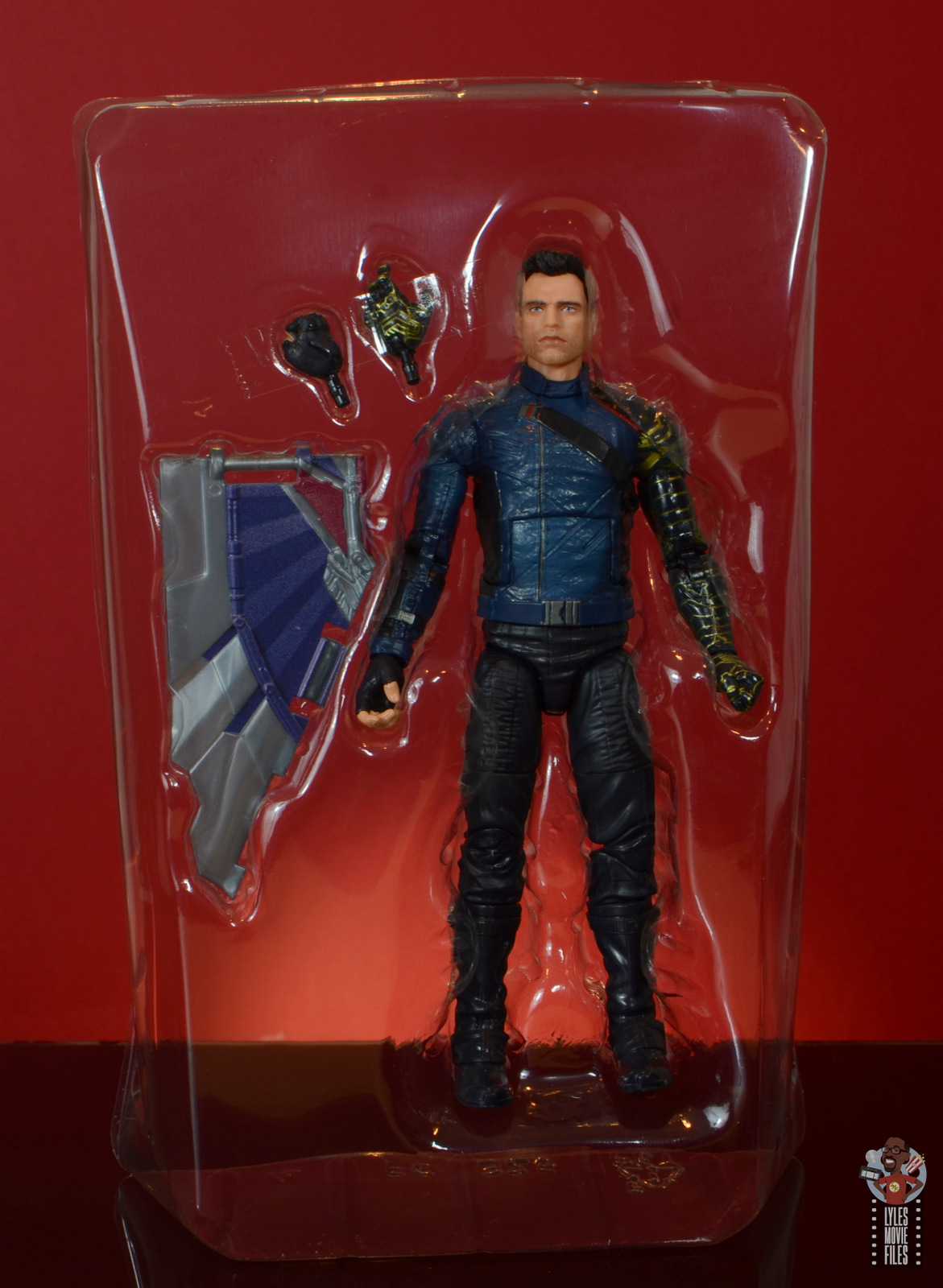 He’s also got the mid portion of the Build-A-Flight gear wing for the Captain America figure. 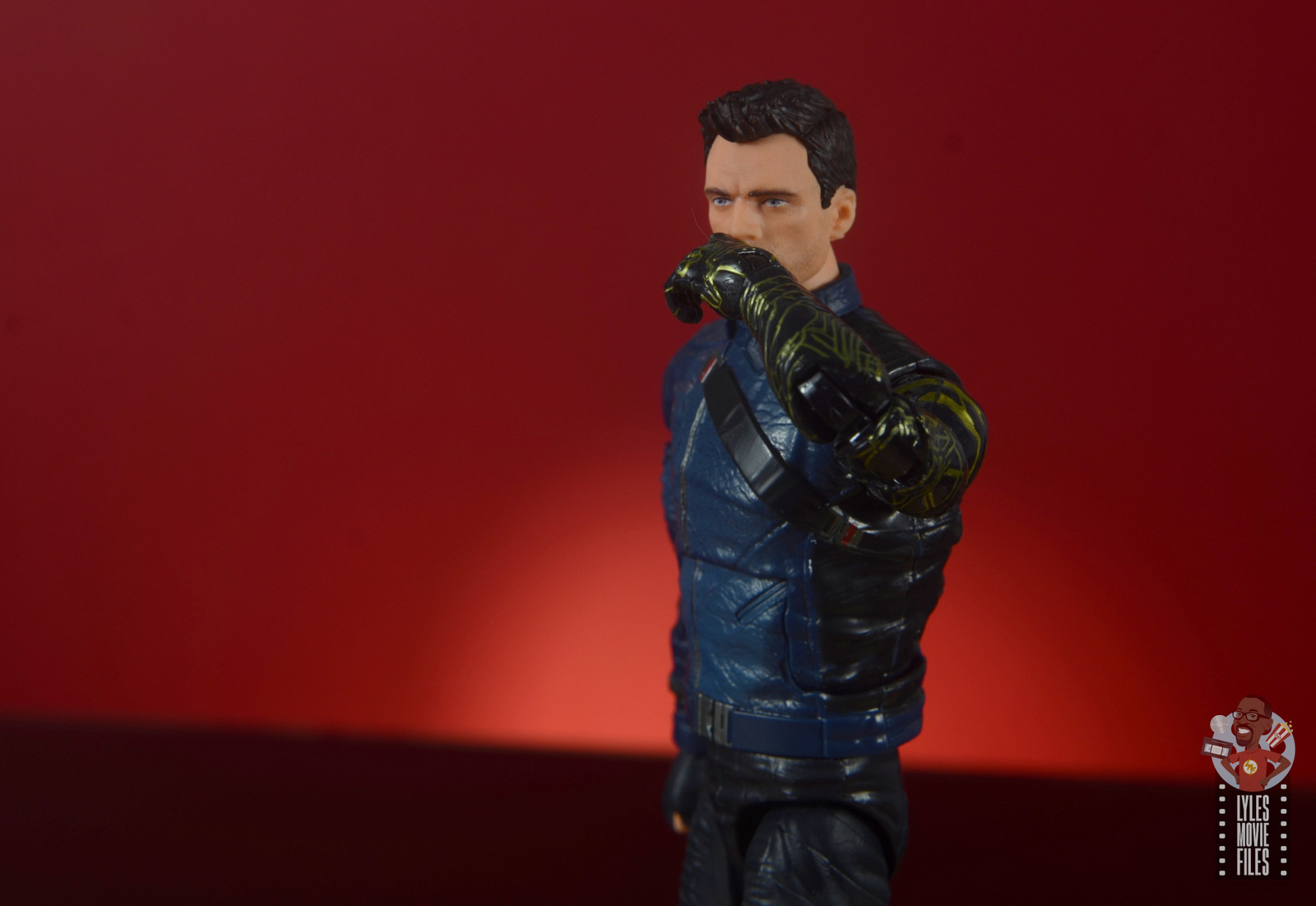 Worth it?  I grabbed The Winter Soldier at a discount price of $16. Given the nature of this BAF and the lack of accessories, this is the right price point for this entire wave.

This Disney+ wave of figures is all pretty light on accessories and without the lure of a must-have Build-A-Figure it really comes down to the execution of the various figures. Hasbro did a nice job with Bucky so all we need now is a Karlie Morgenthau and Battlestar to complete the essential cast of TFAWS. 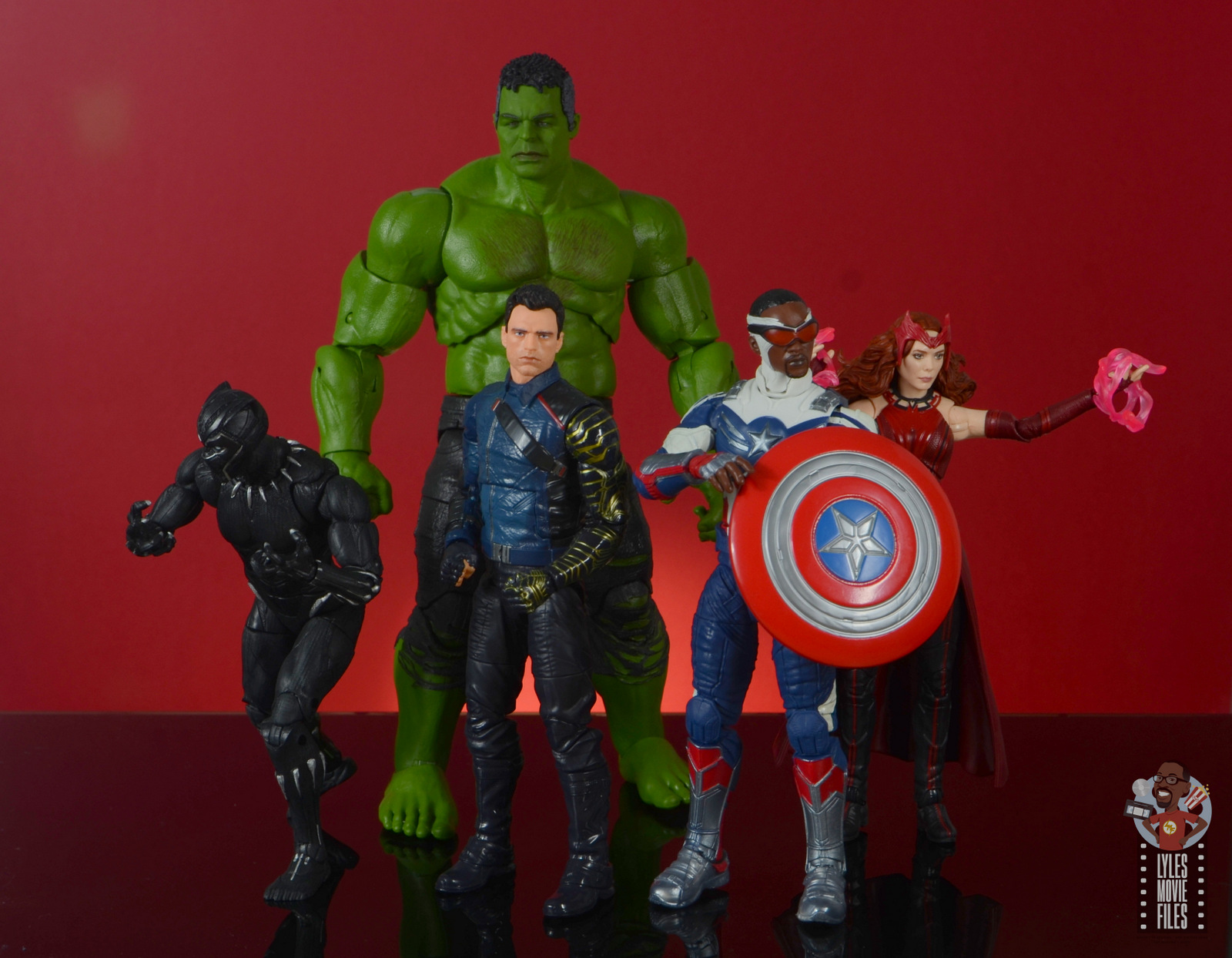 Where to get it?  I got The Winter Soldier from Gamestop, but you can also try Target.com, Amazon and Entertainment Earth.