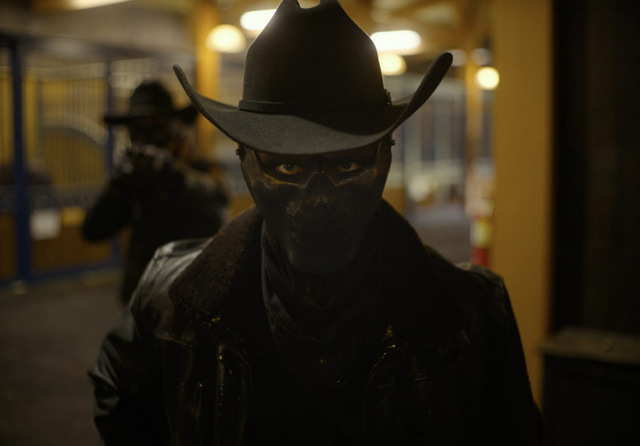 The Purge franchise has proven to be disappointingly relevant and timely with each installment. This is a franchise that shows the worst of humanity with all of its warts and blemishes fully exposed. With every sequel it feels like the real world is getting closer to the one depicted in the Purge.

Its latest installment, The Forever Purge, feels like the most horrifying glimpse of the not-so distant future.

Ana de la Reguera (Army of the Dead) and Tenoch Huerta (Spectre) star as Adela and Juan, a couple who crossed over to the U.S. border 10 months ago in search of the American dream. Both have found gainful employment with decent bosses.

Juan works as a stagehand for a wealthy family, but the eldest son, Dylan (Josh Lucas), has some less than subtle prejudices. As decent as his boss is, Juan’s employer doesn’t open up his compound to shelter Juan and Adela during the annual Purge. No problem though as they all survive the annual no-holds barred night of terror and mayhem. 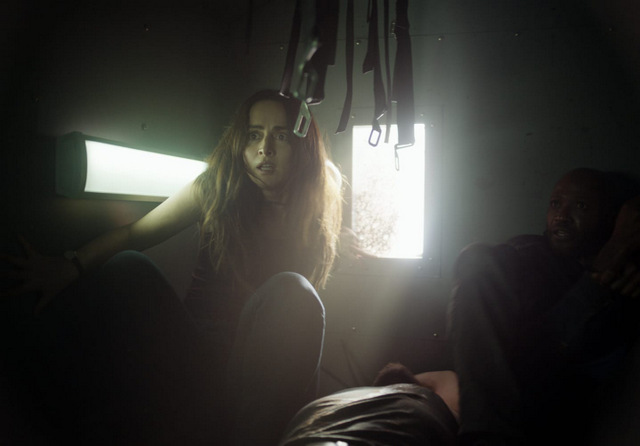 Malcontents aren’t thrilled with the idea that The Purge can only last one night and rally to Stop the Cease of the Purge! In a predictable, but fitting twist, Juan and Dylan have to work together to ensure their families survive this marathon purge.

Director Everado Valerio Gout stages some magnificent action sequences that keep that constant sense of dread and threat of danger looming around every corner.

The great irony of this installment is it opens with Adela and Juan crossing the border to get into the U.S., but as the Forever Purge plays out, everyone is fleeing to Mexico for safety.

While not a 4K transfer, the Blu-Ray is aided by the daytime setting of this version of the purge. That allows for greater detail on attire, face paint and masks. Blacks stand out stronger with the contrast of daylight and colors pop more prominently. The Forever Purge does have some nighttime elements and details aren’t washed out against darkened alleys. Explosions and gunfire illuminate especially well. 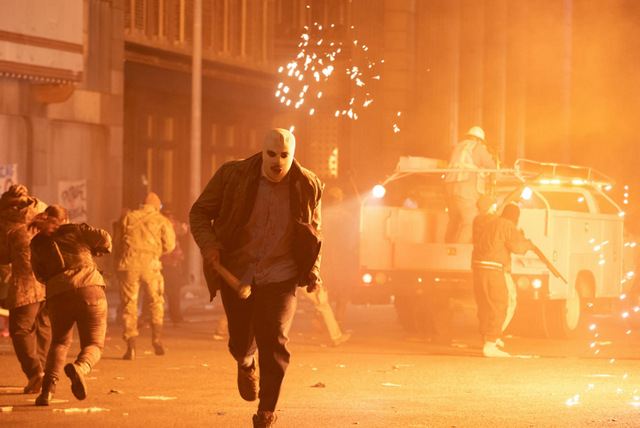 Universal provides a Dolby Atmos mix with Dolby Digital 2.0. The Forever Purge has numerous background noise elements — key for a film with some standard horror elements where sound cues from any direction are pivotal. Gunfire and explosions also ring loudly while dialogue is crisp and clear. This soundtrack provides the kind of immersive experience to fully pull viewers into this reality.

This set of bonuses won’t blow anyone away, but there’s some solid offerings here. 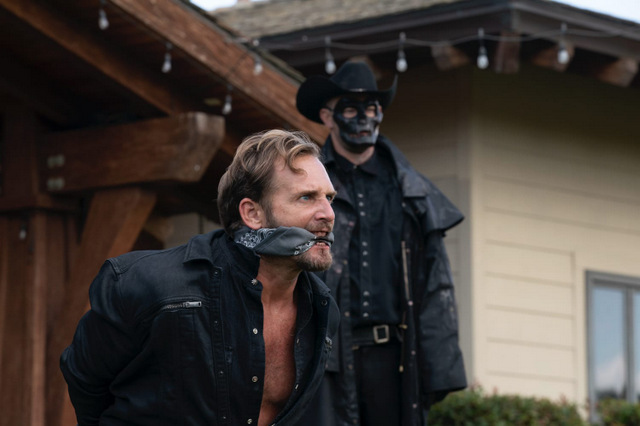 Grab The Forever Purge now on Blu-Ray and 4K from Amazon.