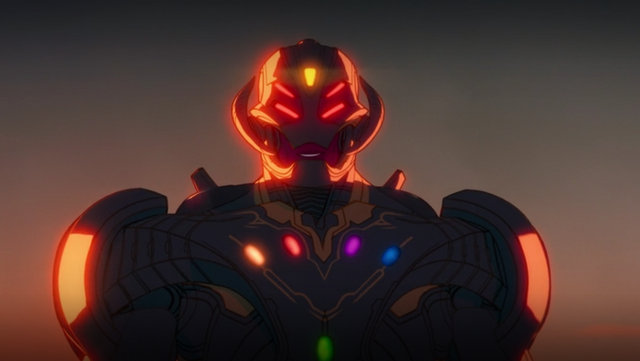 What If…Ultron Won? made for a decent, if brief setup for the season finale.

The Watcher cued us in that this one was gonna be tough. This one takes place with the Avengers’ failure to defeat Ultron. Thor, Captain America, Hulk and Iron Man are killed (take a shot).

The premise of Ultron beating the Avengers feels like a stretch. Vision helped the Avengers beat Ultron in Age of Ultron, but he didn’t seem like a game changer in the fight. But fine, whatever. 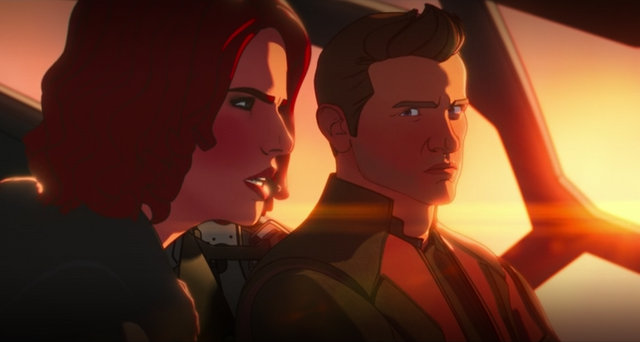 Their only hope is finding something to crash his systems and their search takes them to the same research facility where Zemo killed the Russian super soldiers. That’s a nice nod to a Captain America: Civil War location.

Black Widow and Hawkeye find a lead and reactivate Arnim Zola to somehow override Ultron and shut down his drone army. 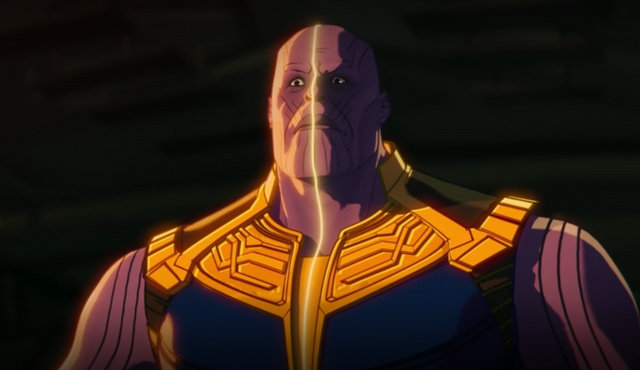 Ultron is celebrating his victory when Thanos randomly ports in only to get sliced in half by Ultron’s Vision blast. Time to cry foul here.

Occasionally What If…? super hypes up a character’s powers for the service of the story regardless of if it truly makes sense. Seems like Thanos would have protected himself just the same way he did when Scarlet Witch attacked him. The thought of him passively getting killed didn’t work and immediately overpowered Ultron to the point he shouldn’t be defeated. 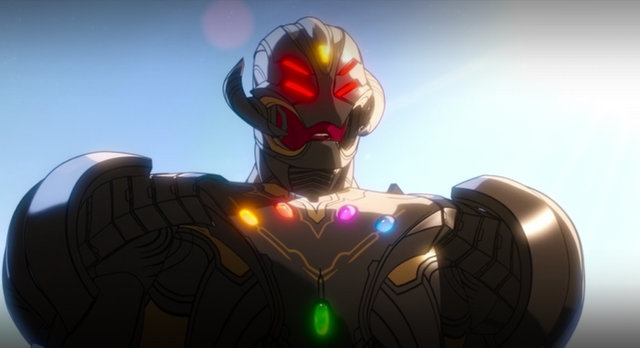 Once again, The Watcher lingers too long and gets observed by Ultron, who immediately wants in on the rest of the multiverse. Seeing The Watcher go toe to toe with a cheat code Ultron suggests he’s one of the most powerful beings in the MCU. Maybe only second to a certain planet eater?

Arnim Zola’s takeover doesn’t work as well as suggested forcing a desperate attempt from the silo like Cap and Bucky evading Iron Man in Civil War. Hawkeye randomly decides he’s done fighting and drops down to launch an explosive arrow at the Ultron drones. This was awful.

Heroes sacrificing themselves is heroic. See Natasha in Avengers: Endgame. Hawkeye essentially quitting on his best friend (and the world) because he’s tired of fighting? Lame.

The Watcher armors up and promptly gets his tail kicked by Ultron through the Multiverse before retreating. This isn’t going to be an easy fight. Fortunately he’s not alone. Turns out The Watcher did save the Sorcerer Supreme variant of Doctor Strange even as his world was destroyed.

But even with this super powered version of Stephen Strange will they be able to stop Ultron? Maybe it’s time to visit a few more worlds… This episode really would have been great time for a post credit scene or two. 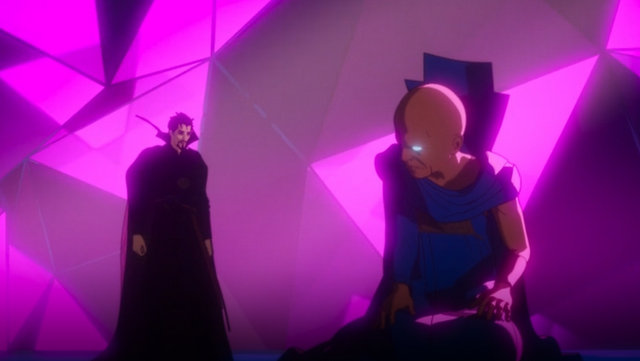 Looking back at the season it was kind of silly to not expect some sort of connecting thread to the episodes besides The Watcher. And somehow What If…? pulled off this linked story without ruining the big payoff.

Ultron Prime seems very overpowered and after already killing Thor, Captain Marvel, Hulk, Iron Man, Captain America and the Guardians of the Galaxy, it doesn’t seem that The Watcher could gather enough heroes to stop him. 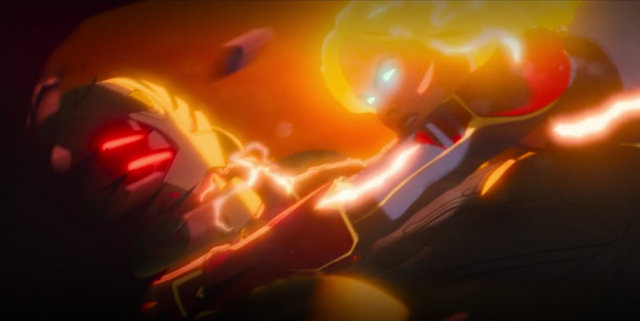 It does set up what should be a very exciting season finale.