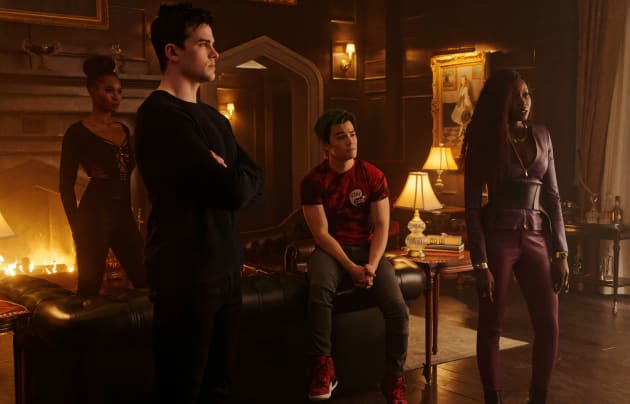 Titans has become basically unwatchable at this point in the season. Troubled Water represents the absolute low point of the series so far. If there weren’t mercifully three episodes left in this season, this would have been the “it’s not me, it’s you” point in ditching this awful run.

The writers haven’t cribbed enough storylines from Batman so now they’re borrowing elements from No Man’s Land. Apparently the federal government just cuts bait on Gotham if the water supply has been contaminated and people are turning into psychopaths.

In No Man’s Land, Gotham citizens actually had the option of leaving and a heads up that federal assistance wasn’t happening. This just felt, like most aspects of this season, incredibly rushed.

Crane does his normal shtick of outsmarting everyone with a propaganda video that somehow convinces everyone Nightwing and the Titans have turned on Gotham and caused this problem. The ironic thing is Crane really should have just shown the video of Starfire actually unleashing the toxin — albeit accidentally — with her firebolt. Even if it’s a setup, that’s actual video proof of these allegations. 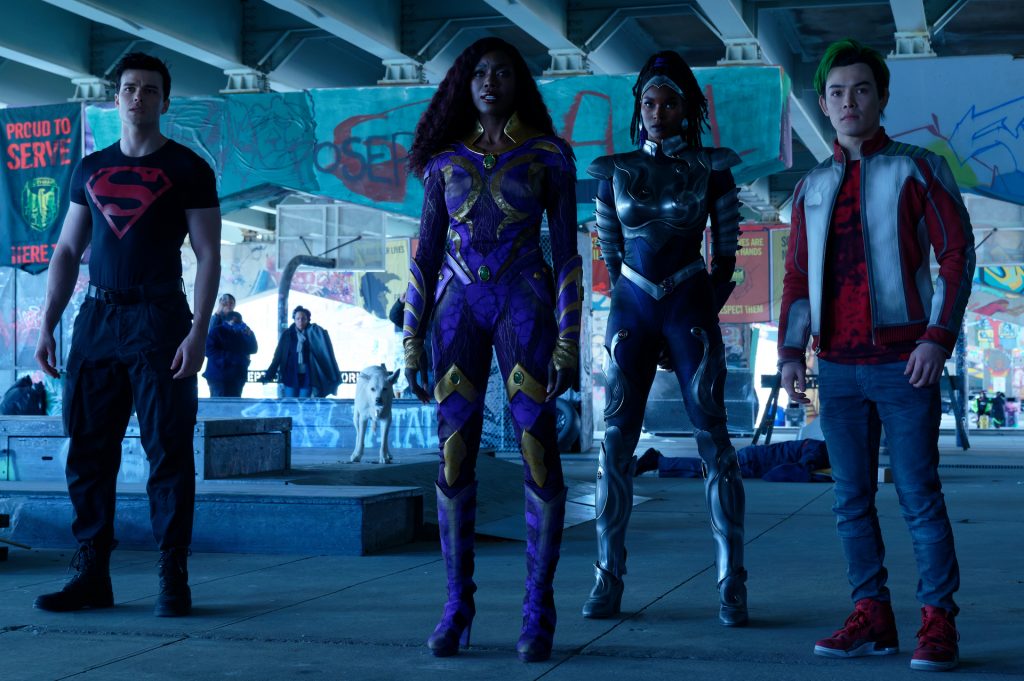 Fresh out of ideas and completely stymied by Crane at every turn, Dick’s new strategy is to have the Titans turn themselves in to the GCPD. It’s all for show as he plans to just get released on bail and continue fighting in the shadows. This is the absolute dumbest and nonsensical plan.

How about just have the commissioner of police issue a statement that Crane released that video and it’s just a big lie? That would require Barbara to do something with her job. With Gotham running amok, Barbara talks to one of her officers, Fletcher, about needing his support in talking to the others.

And Fletcher just so happens to be on the take with the Red Hood and Crane. The writers are actively working harder to make these episodes stupid. When it’s time for the Titans to turn themselves in, everyone is here including Blackfire — who no one knows is a Titan — and Krypto. The latter clearly seemed like an attempt to be cute by the writers, but seriously, why would Krypto be there? Would the officers actually book him and take his paw prints? This was so incredibly dumb.

Fletcher has apparently spread the word to the rest of his fellow offers and they aggressively go after the Titans. This leads to Blackfire being shot and the others fighting the officers off.

Gar has become increasingly worthless this season and this episode highlighted his ineffectiveness as he just kicks and punches before becoming a tiger. The Titans’ budget should be able to handle Gar turning into a snake, mouse, eagle, etc. at this point simply to show how formidable he should be in a fight.

Barbara orders the lead turncoat to stand down, but he doesn’t so Barbara shoots him. Somehow this leads to Barbara being arrested. The logic on this show makes no sense.

Donna makes her return to Gotham after an off camera conversation with Bruce. Is he still suicidal or did seeing Donna convince him he’s got something to live for? What’s the point of setting up subplots if the writers won’t bother following them up? Donna can’t just pop up in Gotham though as she’s got to pass Lydia’s test to ensure she’s ready to return. 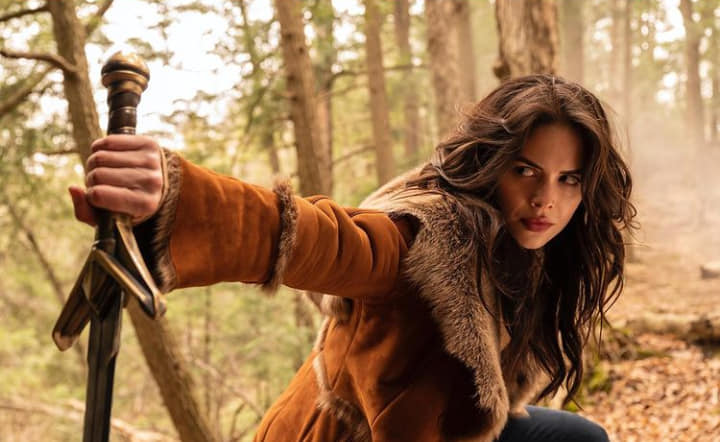 Remember at the end of last week’s episode where Tim returned to the land of the living? The writers did as there’s no mention of him even as he’s presumably still clinging to life.

Raven arrives after tracking down Gar. Hopefully she can fix some of this mess. Kory takes Blackfire to a church as all of the hospitals are full? Kory tries to heal Blackfire with her flame, but this leads to Blackfire absorbing all of her power. And now Kory is back to distrusting her sister.

Crane and Jason make their victory lap at Wayne Manor as Dick forgot to lock the doors. Jason throws a temper tantrum somewhat similar to me watching this foolishness.

The problem with this season is that Scarecrow is not a 13-episode villain. We’ve reached the point now where the writers are just stretching out his threat and having the characters act like idiots to prop him up to season-long threat levels. It’s not working anymore and this misguided season needs to just hurry up and end already.

Check out Batman No Man’s Land Vol. 1 on Amazon.