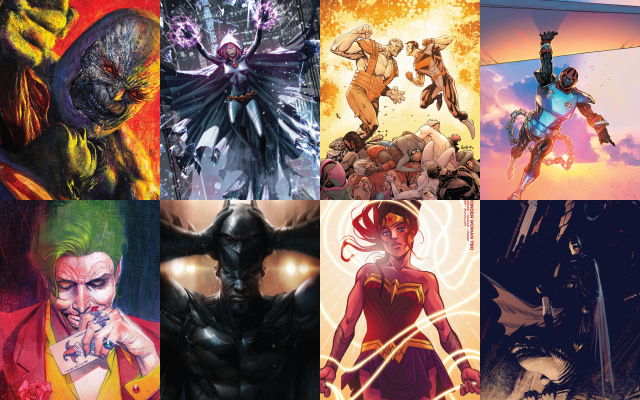 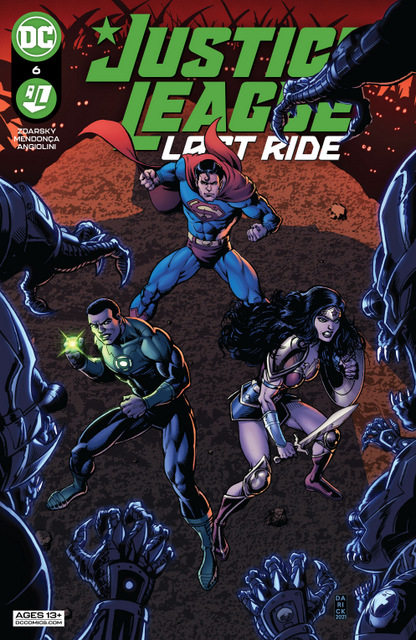 Justice League Last Ride is the must-read book for fans yearning for some classic JL action with great character moments and impossible odds.

Writer Chip Zdarsky and artist Miguel Mendonca prove last issue’s somewhat underwhelming installment was a fluke. They come roaring through with this issue with multiple surprises, big time action and characterization far more in line with the standard portrayal of these heroes.

The Justice League is fighting off the merged Cyborg Superman and Brainiac while another player enters the field. Stymied on his first attempt, Batman balances back the odds with a gambit that pays off.

Zdarsky pulls off these epic moments in a way they don’t feel contrived. Instead, they’re fitting payoffs to the subplots he’s set up.

Mendonca has a classic style that fits in any era. The action looks like a blockbuster and is crisp and clean on every page.

The story and art feels like a modern throwback to the Jack Kirby Super Powers titles with so much happening on every page. Last Ride keeps proving to be one that Justice League fans won’t want to miss.