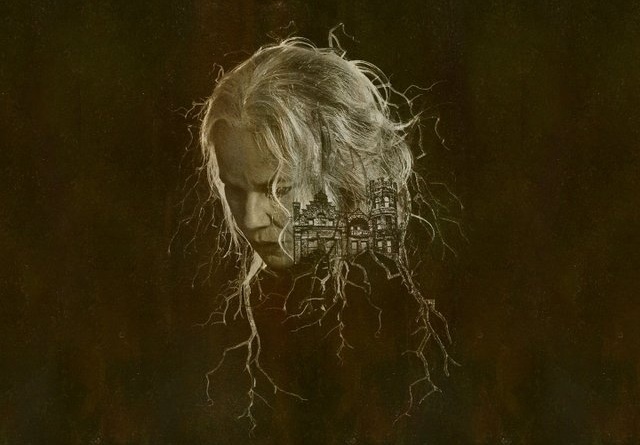 The Manor is one of those sneaky good horror thrillers that could go in several directions for a satisfying payoff.

In too many cases, the filmmakers somehow manage to choose the worst possible option, but The Mansion creators explore the various options before deciding on a smart finale sure to leave viewers talking.

This is a shift for both Judith and Josh, who’d become BFFs over the years and the separation is proving tough for both of them.

Initially uneasy about the rules and regulations, Judith gets more comfortable thanks to kindly nurse, Liesel (Ciera Payton, The Oval) and three lively residents. Roland (Bruce Davison, X-Men), Ruth (Fran Bennett, Scandal) and Trish (Jill Larson, All My Children) aren’t like the rest of the barely holding on residents. They’re vivacious and having a ball despite their less than ideal surroundings. 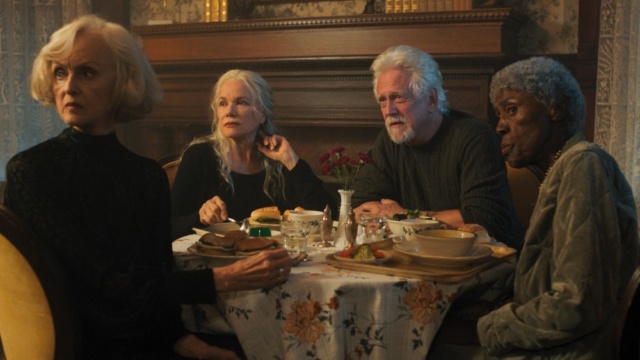 Their youthful spirits have helped them avoid the eventual fate of all residents at the manor — getting heavily doped up with medication that leaves them a shell of themselves. While Judith hardly seems ready for that scenario, her roommate, Annette (Nancy Linehan Charles, Young Sheldon) is on that regiment and complaining about someone coming after her.

Judith isn’t sure what to make of those claims until she starts hearing a mysterious creaking in the room and sees a hideous creature looming over Annette. And now the creature is eyeing Judith as well.

Of course there’s the notion that Judith is only seeing these nightmarish visions in her head. As some function of her deteriorating brain succumbing to a mental illness? But what if those visions aren’t hallucinations at all, but something very evil playing out in the manor?

Director/Screenwriter Axelle Carolyn raises these intriguing questions exploring mental illness, the perceived burden of caring for the elderly and the inherent sadness of watching someone nearing the end of their life.

Like Bingo Hell, it was refreshing seeing older actors in a horror thriller. Maybe instinctively, something is triggered with viewers seeing characters that remind them of their dear sweet grandparents that raises the stakes in the genre.

While they won’t be running through the forests for 20 minutes or going to the woods alone for a little late night make out session, older characters in horror thrillers tend to be more resourceful.

That’s some of the true horror with The Manor. As the residents of a senior home spend more time at the site they’re less alert, their memories and their faculties are fading. This makes the residents more susceptible to…something going on around the grounds.

Hershey is terrific properly conveying a character slowly reaching the brink of not being able to trust herself in the wake of mounting horror. It’s easy to buy into her doubt and questioning everyone around her. With Barbara taking close heed to the doctors, Judith’s only hope is that Josh won’t think she’s lost her mind and help her solve the mystery before it’s too late. 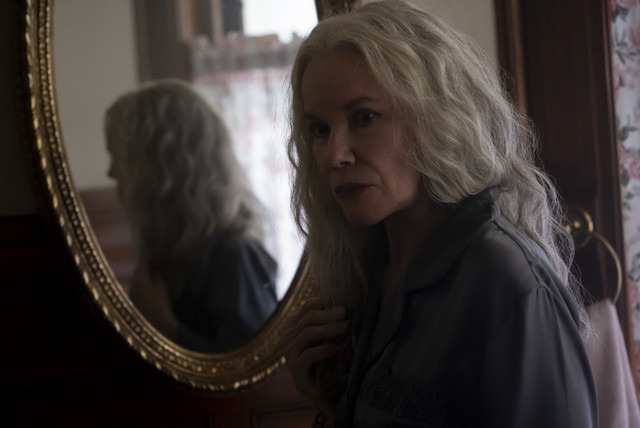 Carolyn navigates the horror thriller elements well. Some jump scenes are obvious to anyone who’s watched a horror film before. Most of the effects are solid.

The creature moves somewhat creaky and awkwardly, which gets explained later although it seems more a case of providing a reasonable excuse for cheaper looking special effects. Carolyn shows commendable restraint with ditching gore for a film focusing on senior citizens and letting the tension handle the scares instead.

A lot of the fun comes from the sense that Carolyn could go either way with the ending. What was more unexpected was Carolyn had another twist in her back pocket that is pretty thought-provoking and invites viewers to question what they would do in a similar situation.

The Manor proved to be a surprisingly thoughtful horror thriller with some welcome layers to it making for one of the more effective in the genre for 2021.

Check out The Manor now on Amazon Prime.