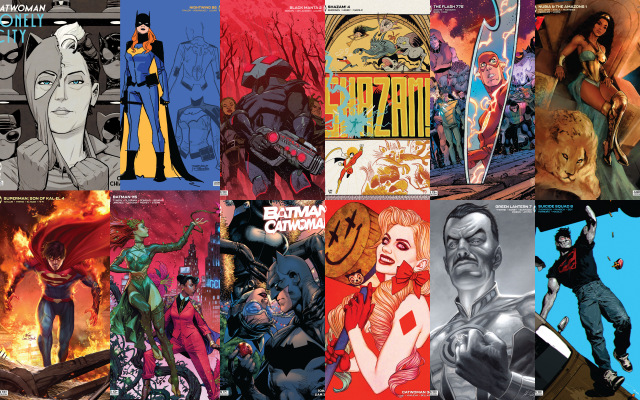 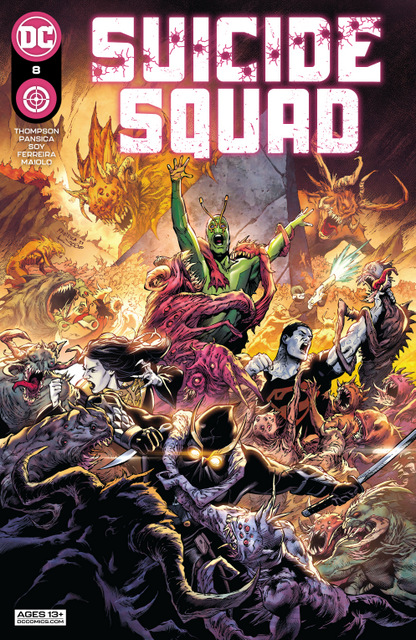 It never hurts to have Ambush Bug play narrator and break the fourth wall in talking about the Suicide Squad movie and Peacemaker series.

Thompson adds some new members to the Squad while coming up with probably an overdue gimmick to keep Amanda Waller’s investments around longer. That’s going to prove useful with Rick Flag assembling his own Suicide Squad.

Typically a two artist system hurts a title, but Dexter Soy and Eduardo Pansica complement each other well and bring a high level of quality to both the action and dialogue heavy sequences. Marcelo Maiolo’s colors are striking with the right blend of darker hues and bright shades to contrast sharply.

Suicide Squad reads like a book with a very confident creative team succeeding on all fronts. This remains a highly recommended read each month.