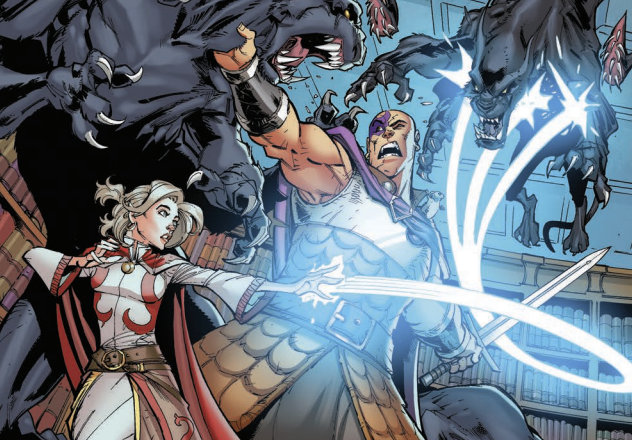 Dungeons and Dragons: Mindbreaker is an easy to follow, enjoyable issue for longtime fans and newcomers alike.

This series, written by Jim Zub and illustrated by Eduardo Mello, serves as a prelude to the Baldur’s Gate III video game.

After their stint in Avernus, the party of Krydle, Shandie, Delina, Nerys, Minsc, and Boo return to Baldur’s Gate and find their usual resting stop has changed for the sinister.

Eventually the party narrows down the potential source of the trouble to the Knowledge-Hold and its new Head Librarian. But is there some connection to another long established force at Baldur’s Gate as well?

Zub understands this could be an entry point for new readers intrigued at the idea of picking up a new Dungeons and Dragons title that’s just starting. The characters have standard D&D roles and have more than enough personality to make them engaging right away. For veteran readers, this chapter picks up the storyline from Dungeons and Dragons: Infernal Tides.

Despite the need to do some table setting for the new series, Zub works in enough action so it doesn’t feel uneventful.

Mello’s art is solid with clean linework and a good amount of detail. Occasionally, some of the characters’ faces and heads seem a little flat, but that’s the lone artistic issue. 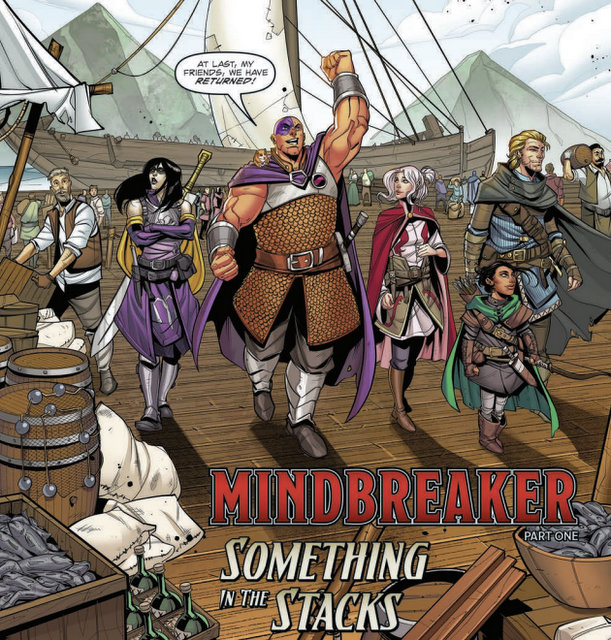 Mindbreaker is off to a very promising start and looks to be a title worth following each month.

Check out Dungeons and Dragons: Infernal Tides now on Amazon.