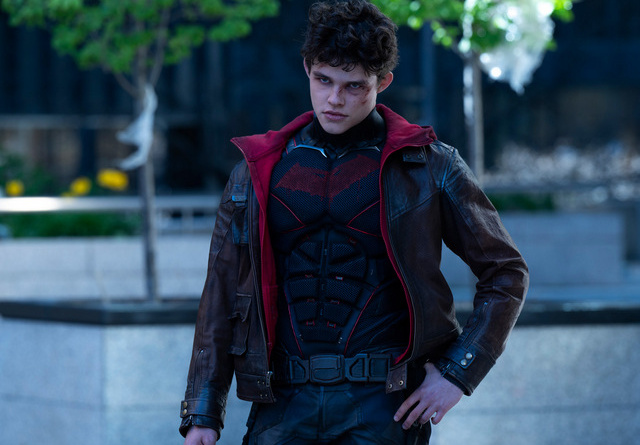 Unlike a lot of shows, Titans made its season episode title list available early on in the season. Given the events that played out, entitling the penultimate episode Prodigal was pretty bold.

It also served as a warning of the level of foolishness in store as this season comes to a close.

Crane has somehow ventured down a crazy road and is now just sounded like a pretentious know-it-all who knows nothing, He’s ready to destroy Gotham, but this is too much for Jason. It’s hard to understand the writers’ intent here.

Were they alleging Jason just totally misunderstood everything Crane said? It’s not like Crane was bashful about his intentions. So now Jason has seen the light — or maybe Crane’s mind control drugs wore off? Jason has found some sense and wants nothing more to do with Crane. They’re really just too different people to ever want the same things.

Nightwing is dead from the random teen’s stray bullet. Again there’s zero sympathy here for a character who used Kryptonite on his bulletproof teammate so he could have the honor of bringing in Jason

Has there been a more idiotic move in a comic book TV series? That’s a rhetorical question right alongside is Scarecrow a strong enough villain to hold down a 13 episode season.

Someone finally remembered Barbara Gordon, but blanked on the fact that Scarecrow’s main mole in the department was shot. Maybe he’s got some great Band-Aids? 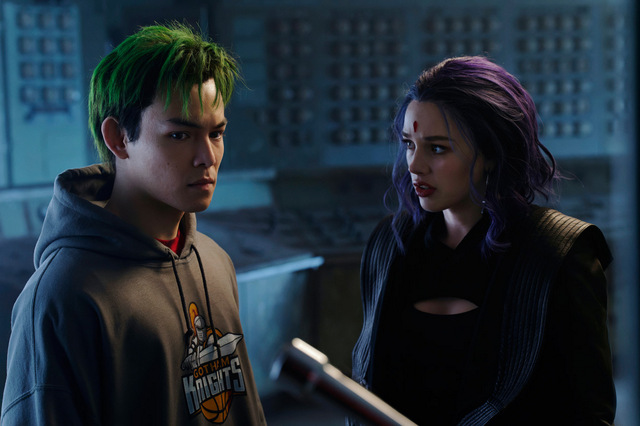 For whatever reason, Crane is telling riddles and acting crazy. Well, this show didn’t really have Scarecrow down so they may as well try to retcon him into Riddler.

Also, what kind of honorable mobs run in Gotham that a masked superhero is gunned down and no one bothers to take the mask off? Is TMZ not a thing on this Earth?

Gar learns to morph into another animal. Unfortunately not a gorilla, but the next best thing — a bat! Somehow, Gar made a telepathic cry that got a fleet of bats to help carry Dick to the Lazarus Pit. Or Rachel could have just used her standard teleportation powers, but whatever.

Dick’s stint in the pit is lengthy. He’s got a lot of issues to work out. The writers seemed to have forgotten this season has already done the metaphorical tunnel of self reflection just three episodes ago in Souls.

Bizarrely, Dick is greeted by Crane, who blathers on as usual and somehow makes Dick think he was The Joker killing Jason. This didn’t work well and wasn’t nearly as clever as the writers intended.

Eventually, Dick breaks Crane’s hold over him in death (how was that even a thing?) and emerges from the pit. No time to reconnect with Rachel and Gar though — he’s got to hurry and leave them again. Some people never learn…

He does tell them to unite the Titans and take them to Donna. Did we miss Dick meeting up with Hank, who told him she was alive? 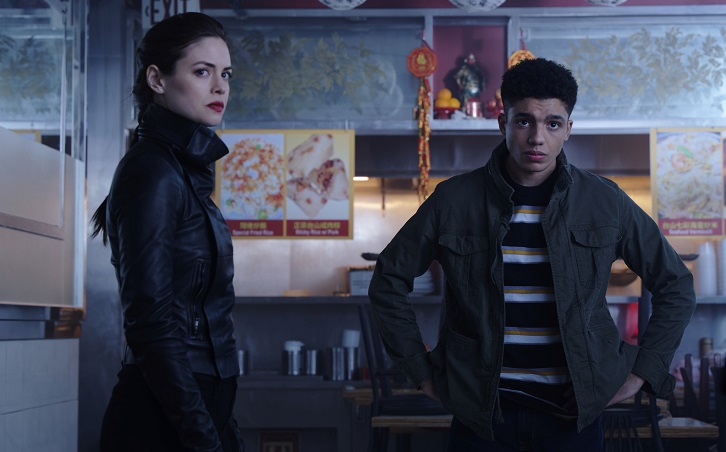 Donna is working to get Tim and his family out of Gotham. This seems like a waste of the Donna’s resources. Conor Leslie has been very solid as Donna Troy, but the writers really fail to get her comic portrayal instead opting to make her Titan No. 738 who has an attitude problem.

Krypto finds Blackfire. She recharges Conner and suggests they ditch the Titans and team up in their own…with Krypto of course. In other words, F the Titans indeed, Conner! Hard not to sympathize with Conner after that Kryptonite trick.

But first, Blackfire wants to settle an old score and returns to the lab she was held in custody for months. Dr. Kind is still there working on tests and has a surprise — they’ve got Blackfire’s ship in much better care than their other jets.

Blackfire is heading back to Tamaran to claim her rightful status. Starfire offers to tag along to help sort out the mess while Superboy tries to create a makeshift solar battery. He’s not thrilled Blackfire plans to leave him and seems suspiciously unbothered when the solar battery blows up her ship. Is that Lex Luthor half creeping up again?

There’s literally no one in Gotham. Jason is telling to no one. Apparently everyone but Tim’s family evacuated. Dick tells Jason he was in the pit and if he’s down, they can stop Crane together. Quick question: Dick Kryptonite bombs his one teammate who could stop Crane in seconds, but wants to work with the guy who killed his childhood friend? Make it make sense. 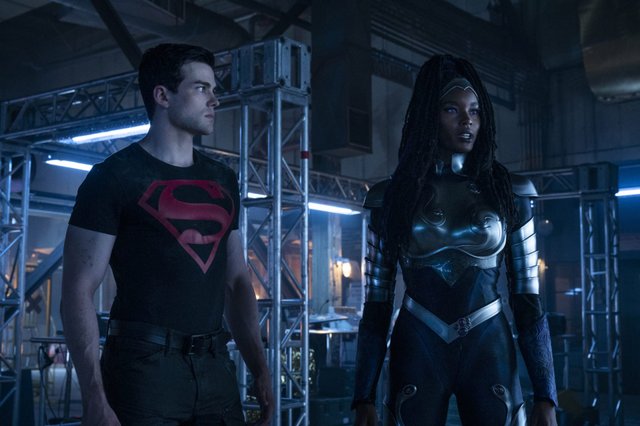 Is there a need to explain why weakly trying to redeem Jason is a bad idea beyond saying he killed Hank? At least Dick tells him ‘You’ll never be a Titan again but you can help me save Gotham.’ It seemed like the writers were trying to a full scale redemption for the teammate killer.

Barbara escapes her cell and whizzes out of reach of Crane’s men/police officers. Were all of the decent /non-corrupt officers out on patrol or taking an extended vacation. Barbara heads to Oracle asking how she can fix the machine she shut down. Sigh.

Crane is set for his final assault while the scattered Titans are badly in need of a rallying moment. Prodigal was a more cohesive episode than most recent ones. There’s still way too many issues, but this episode at least had some momentum and quality work from the Conner/Komand’r and Kory storyline.

Check out Teen Titans: The Judas Contract on Amazon.