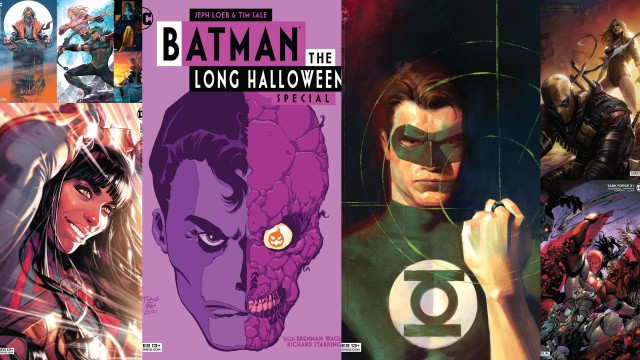 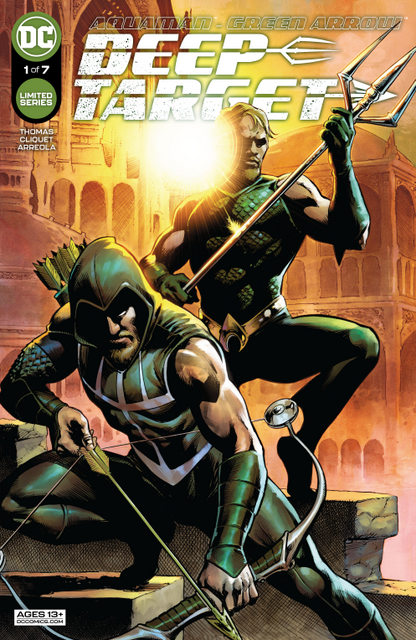 Pairing two DC icons that aren’t some combination of the DC trinity is an intriguing idea. Having Aquaman and Green Arrow pair up is fun although having them play Freaky Friday in each other’s bodies isn’t nearly as engaging.

General is conducting some off book activities that spans multiple years as the heroes try to make sense of why they switched bodies. Arrow and Aquaman interact so rarely that it would have been interesting to see them just playing off each other.

As one of the more environmentally conscious heroes, Green Arrow makes sense to hang with Aquaman. Thomas doesn’t tackle anything that meaty as this issue is focused more on setting the stage for the next six issues.

Artist Ronan Cliquet continues to provide solid layouts and expressive characters mixed with a nice eye for action sequences. The obligatory battle of the heroes aside, Cliquet didn’t have a lot of excitement for this issue.

Aquaman and Green Arrow has a ton of potential, but this entry doesn’t do a strong job of reaching those heights. It’s even weaker at making a case for sticking with the mini-series.