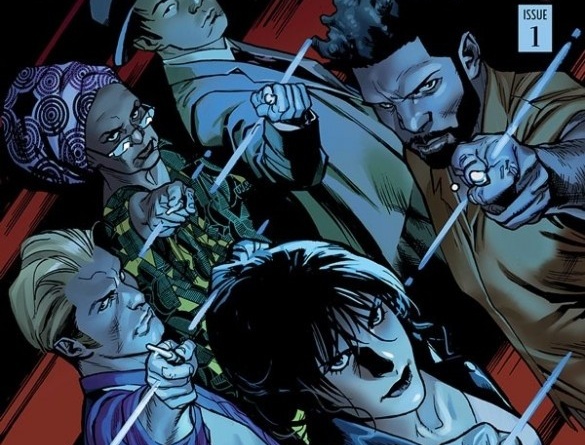 The Magic Order was one of the more original and enchanting titles of the last five years.

Writer Mark Millar concocted an immensely gripping story of a secret cabal of magicians existing with normal people and springing to action when new threats to the order emerged.

It was the kind of fresh story that clearly merited more than one six-issue limited run. That’s why it’s so exciting to get the next arc with a new compelling challenge for Cordelia Moonstone and the rest of the Magic Order.

Millar doesn’t write Cordelia like a typical main hero. Her life is messy from random one night flings, her insecurities about following her father’s footsteps as both a magician and the new boss of the Order.

Although he showed some welcome restraint in not killing off all of the main characters from the last mini-series, Millar did need to introduce some new blood. That arrives via various Moonstone cousins of Cordelia and her brother Regan.

The extended family learned of a new group of magicians who find amusement in killing eager for a return to the “good ‘ol days.” There’s a very engaging foundation of legacy and making ones mark throughout Magic Order.

Stuart Immonen takes up the art reins in a smart choice. Immonen’s style is very close to previous artist Oliver Coipel so there’s a welcome aspect of visual continuity at play.

Colorist Sunny Gho gets plenty of opportunities to showcase glowing and magical effects. The issue can occasionally get bloody, but Gho doesn’t saturate the pages with blood.

The Magic Order’s second volume is just as enticing as it’s previous installment. This is one of Millar’s strongest Millarverse titles and this is a clear jumping on point for new readers.

Grab the first volume of The Magic Order now on Amazon.