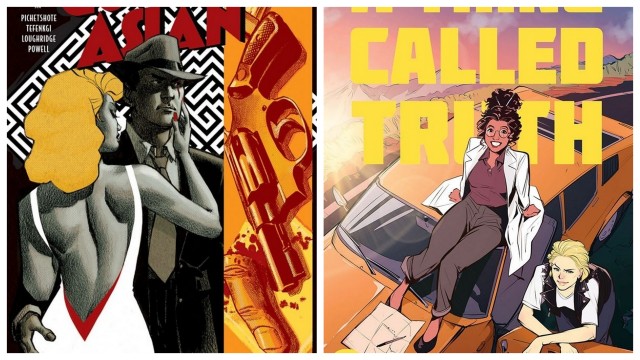 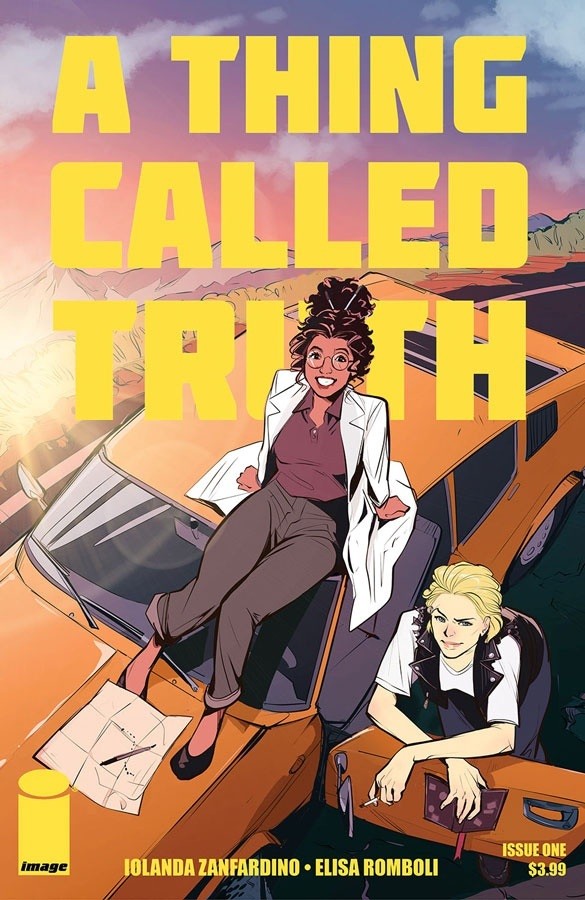 After finishing the first issue of A Thing Called Truth, I’m still not exactly sure what’s going on. But I did know my interest was piqued to look forward to the next issue to see how it continues to come together.

At first, writer Iolanda Zanfardino and artist Elisa Romboli’s kick off issue seems like a modern day Thelma and Louise with the two main characters driving to a likely death. As the issue plays out, it’s nothing like that at all.

Dr. Magdeline Traumer is on the verge of a major breakthrough that could save humanity. It’s cost Magdeline much in the way of her marriage and any illusion of self-care. But she’s just a day away from it becoming a reality. Then she awakens and finds she no longer has access to her lab and worse, her notes.

Magdeline’s game changer is no longer in her hands. What happens next plays out like you might expect until Magdeline awakens in the backseat of her car that’s now in Italy being driven by a complete stranger.

Zanfardino keeps the issue rolling as Magdeline’s life gets turned upside down in a matter of hours. 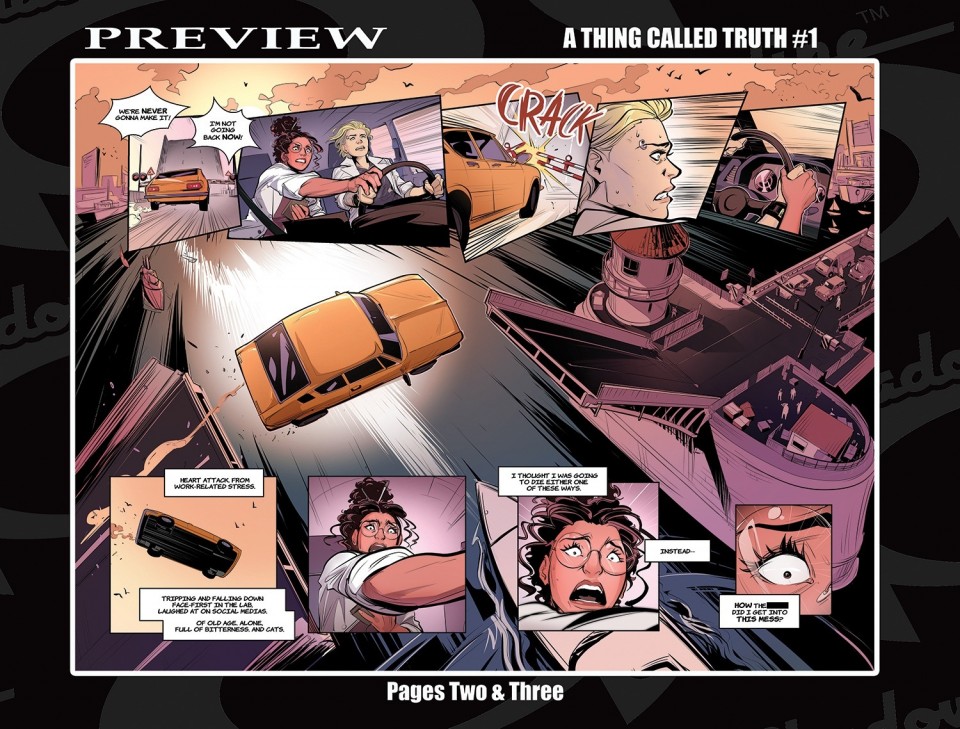 Romboli’s artwork is dynamic with a great flair for exaggerated character expressions and movement that would convey the story intent without dialogue.

A Thing Called Truth starts off with a compelling entry point that should appeal to readers looking for something that’s drastically different on the shelves. The journey’s just getting started, but it already feels like it’s got the making of a very solid ongoing road trip.