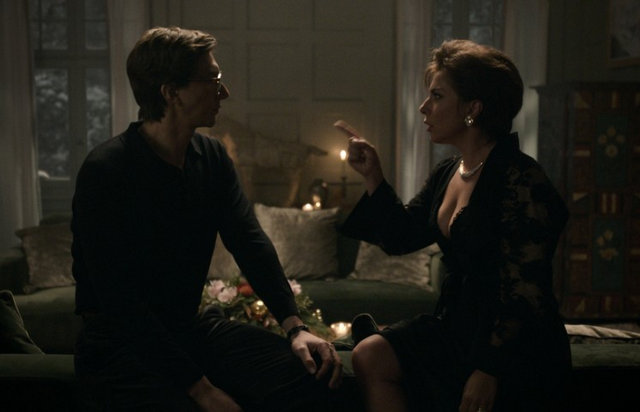 House of Gucci aims to be The Godfather: The Fashionista Version, but trips up over its gaudy excess of showy performances and joyless, overbearing length.

Based on Sara Gay Forden’s 2001 book, Director Ridley Scott details the tragedy within one of the most popular fashion brands. 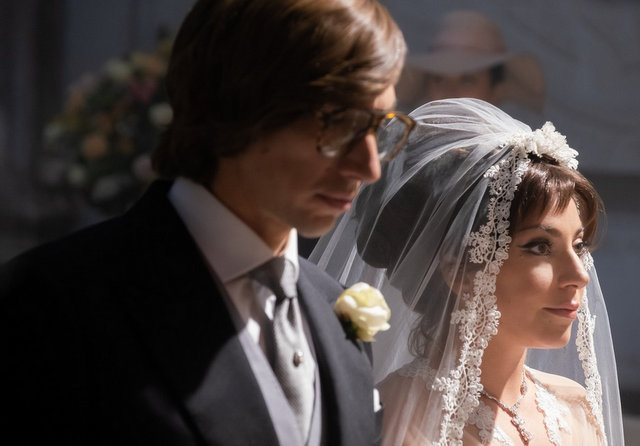 Gucci has already been well established by the time Patrizia Reggiani (Lady Gaga) meets Maurizio Gucci (Adam Driver) at a party. Pouncing on the opportunity, Patrizia seemingly seduces Maurizio into falling for her even if it goes against the sage warning of his father, Rodolfo (a reliably solid Jeremy Irons).

With Rodolfo a no go, Patrizia finds a potential ally and better entry point into the family with Maurizio’s uncle, Aldo (Al Pacino, The Irishman). Aldo wants them back in with the family especially since Maurizio is far more competent than his son Paolo (an unrecognizable Jared Leto, Zack Snyder’s Justice League). 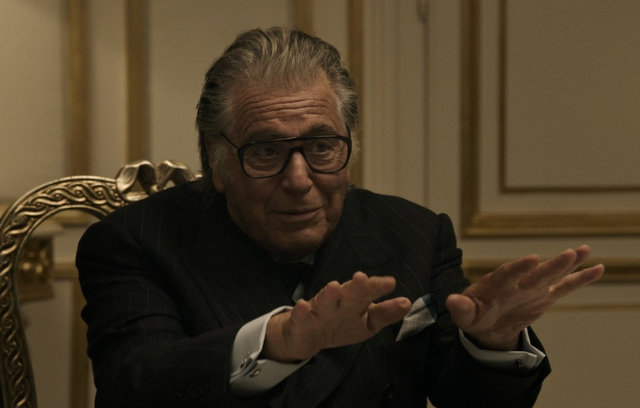 For the film’s first half, the focus paints Patrizia as this parasite slowly manipulating her way into a position of power within the Gucci family. It’s easily the most engaging period of the film thanks largely to Gaga’s ability to convey Patrizia’s cunning and ruthless ambition.

As Scott shows off the lavish extravagance of the Guccis, it’s hard not to blame Patrizia to aspire to this tax bracket with gorgeous villas, ski resorts and opulence on top of opulence. 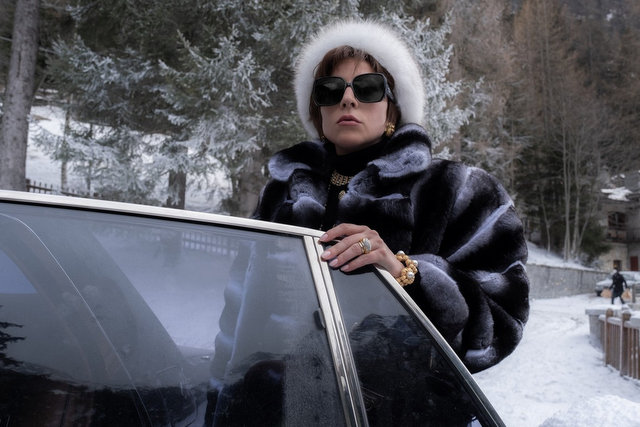 While the film eventually crumbles, Gaga still stands above the debris with a performance that should absolutely earn her a second Best Actress Academy Award nomination.

She’s easily the best part of the film and the film feels aimless whenever she’s not the focus. Even scenes with Patrizia calling in and ultimately befriending a TV psychic, Pina (Salma Hayek, Eternals), are better than expected. 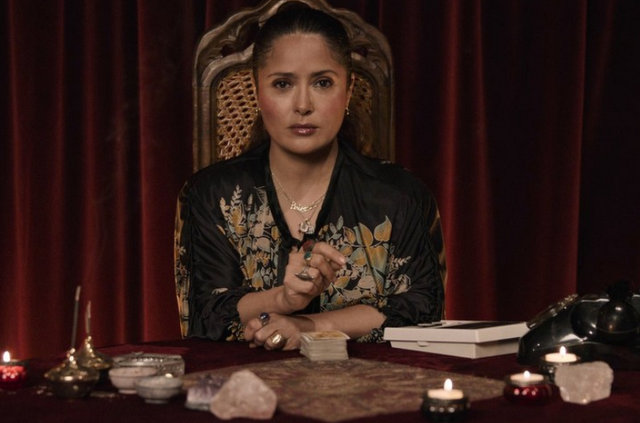 Patrizia is the alpha in the marriage, deftly getting Maurizio to go along with her plans. Driver (The Last Duel) is solid as the laid back, go with the flow husband who starts enjoying gobbling up power and screwing over his family members.

It’s this part where screenwriters Becky Johnston (Seven Years in Tibet) and Roberto Bentivegna start to lose control of the film. The script creates enough doubt as to Patrizia’s actual interest in Maurizio. It seemed as if she viewed him as an exquisite ATM with a brand logo.

Flipping the established narrative to suggest Patrizia was actually in love as Maurizio becomes disenchanted and blaming her for the state of his family seems like a bad decision. Knowing the destination of the real life story, the shift to make Patrizia sympathetic was misguided. 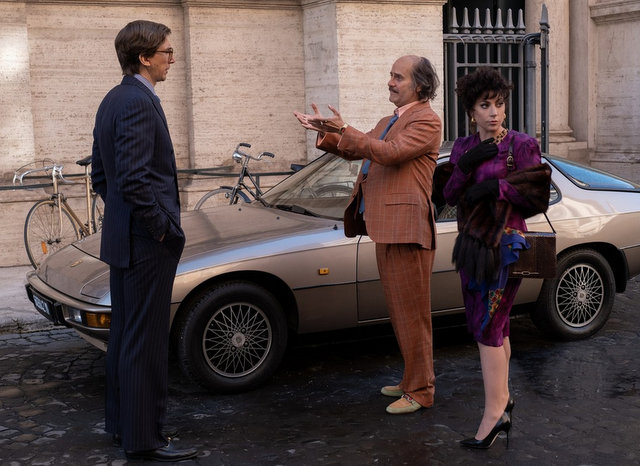 Leto comes off like he’s in a Gucci parody with a performance that derails the film at every scene. Paolo is a pure idiot in Leto’s hands and Scott seemingly can’t get enough of this increasingly tired shtick even if it adds little to the film beyond its bloated two hour and 38 minute run time.  Cutting most of Leto’s scenes wouldn’t solve all the film’s problems, but it’s a strong start.

Early on, Pacino is fine showing off his still captivating charisma. Eventually he starts settling into his bad habits of overacting and getting too showy. Whenever Pacino is paired with Leto, no turkeys are in danger of being harmed until next Thanksgiving as they’re happily hamming it up. 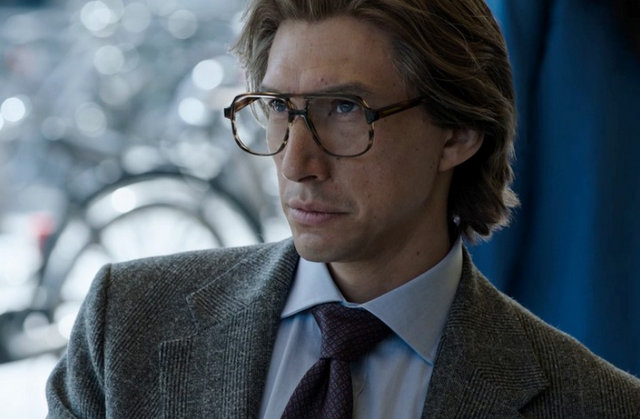 Despite the slog of a run time, the script still feels incomplete with Scott rushing through pivotal moments. The demise of Maurizio and Patrizia’s marriage warranted more time. Scott gives it cursory coverage as if were more an obligation. He doesn’t seem to think it’s as important as Paolo trying to find his car in a parking garage.

The dubious handling of the story also doesn’t allow for significant development of other key figures in the Gucci legacy. Notably Domenico De Sole (Jack Huston) and Tom Ford (Reeve Carney). It’s only in the epilogue that their importance is properly conveyed. 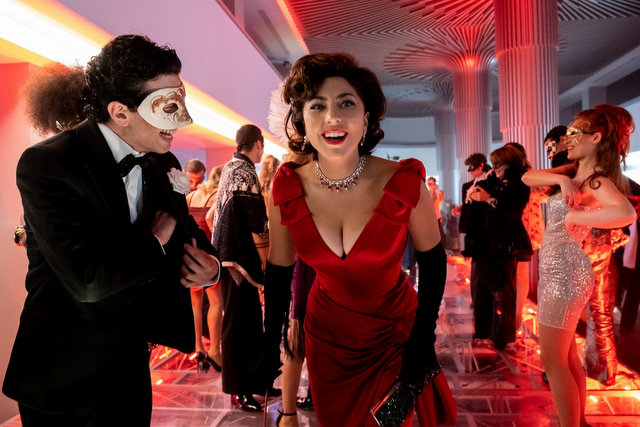 Gaga’s performance is amazing, but House of Gucci has a shaky foundation that eventually collapses under its excess.