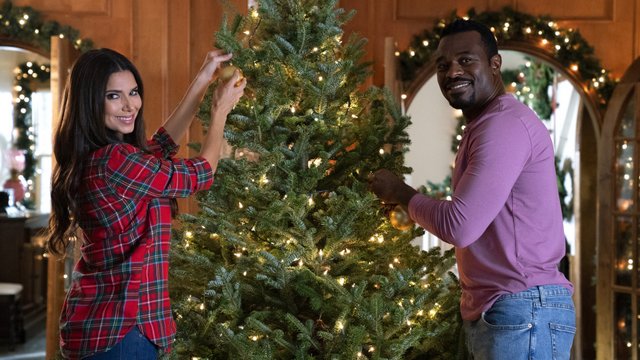 It doesn’t take too long into Christmas movie viewing for similar plots to start surfacing. An Ice Wine Christmas has a similar structure as some fellow 2021 releases, but it’s got enough original ideas to make it go down smoothly.

Roselyn Sanchez (Without a Trace) is Camila, an expert sommelier. She’s excelled at her job the standard way in these romance films by shortchanging time with her family. Clearly the only way a woman can be professionally successful is by having zero work-life balance.

On a rare break, Camila returns home to Evergreen, New York in time to celebrate Christmas with her family.  Her mother (Maria del Mar), sister, Beth (AnnaMaria Demara, Lost in Space) and brother-in-law Gabe (Patrick Kwok-Choon) are all thrilled to see her.

Another reason Camila is excited about returning home is taking part in the annual Ice Wine Christmas Festival and harvest. Longtime family friend and vineyard owner, Henry (Richard Fitzpatrick), surprises Camila by announcing this will be his last harvest as he’s headed to Florida for warmer winters.

It was nice to see the continued effort to have more diversity in this season’s Christmas movies. The supporting cast gets more screen time than usual, which is helpful as Fitzpatrick and Demara in particular, offer credible takes on their roles as the weary owner ready for retirement and his future successor.

Henry wants to ensure the harvest will thrive in his absence and recruits Declan (Lyriq Bent, Nappily After Ever), a scientist seeking more sustainable ways to maintain the harvest. Given that Henry checks for bird feathers and tastes the soil to know the precise window to harvest the grapes as they open for a brief six-hour window, having a more exact method probably isn’t a bad idea.

Naturally, Camila is resistant to this stranger coming in town threatening to disrupt the normal order. Worse, Declan isn’t that big a Christmas fan since he’s typically traveling from site to site and his family never really made a huge deal of the holiday.

Figuring to convert Declan to adapt Henry’s less analytical methods, Camila takes Declan on a tour of the town and all its important Christmas traditions along with several bottles of ice wine.

The big difference with An Ice Wine Christmas from so many Christmas romance films is Declan isn’t bashful about his interest in Camila. He’s direct and makes it plain he’s into her. This straightforward approach makes their interaction more intentional and less about creating quirky connections. 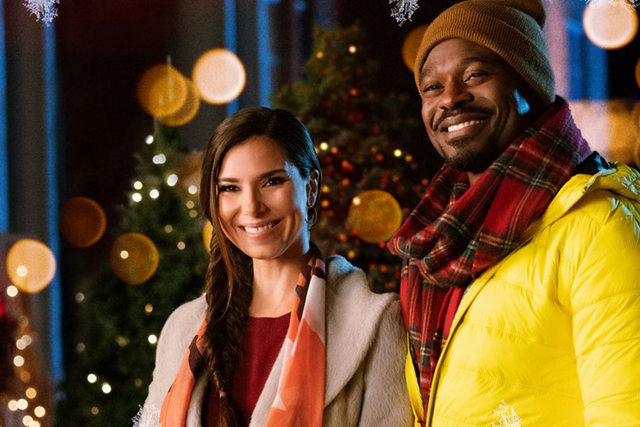 It also helps avoid the cliché Christmas sequences since Camila and Declan feel more like they’re dating instead of acting like high schoolers on chaperoned events. Bent and Sanchez have good chemistry and they sell the budding romance easily.

Sanchez shows her comedic side and delivers a fun performance. This was a very Sandra Bullock style role and Sanchez pulls it off convincingly. Bent isn’t asked to do as much, but it’s just as vital to hold his end up with an earnest, likable performance.

An Ice Wine Christmas is free of some of the more annoying genres clichés making it well suited for viewers seeking a more laid back and chill holiday film.

Whip up your own batch of Icewine with this Midwest Homebrewing and Winemaking Supplies Riesling Ice Wine set from Amazon.