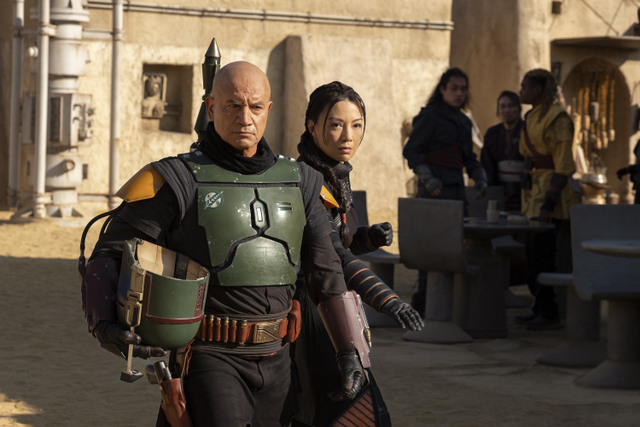 The Book of Boba Fett’s first episode, Stranger in a Strange Land, assured that there’s no danger of Star Wars live-action Disney+ spin-off fatigue. In every important way, the new series felt like a natural extension with the same quality we’ve come to expect from The Mandalorian.

Writer Jon Favreau shows this early on by taking the time to explain how Boba Fett escaped his thousand-year digestion fate from Return of the Jedi. It would have been easy to just show Boba as the top dog running Jabba’s old palace. Fans would have dug that and been all about watching Boba rule the throne and taking out any would-be usurpers.

Favreau rightfully decided it would be more compelling to show Boba at his lowest so as we watch his ascension it has more impact. And there’s something about watching one of the coldest characters in the Star Wars universe struggling that’s really fascinating. From The Mandalorian, we know this isn’t going to be a long-term deal and it’s just a matter of time before he rebounds. Getting there clearly isn’t going to be easy though.

Regular dips in a Bacta tank at Boba’s new palace have largely healed the physical scars, but the mental impact of the last few months is clearly still affecting Boba. Good thing he’s got Fennec Shand watching his back as his bodyguard/enforcer. 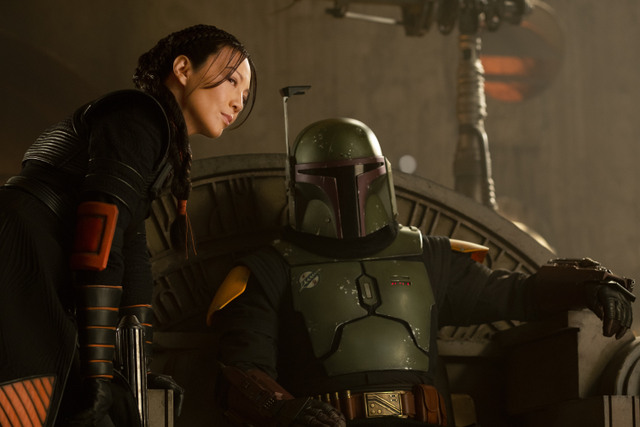 It’s amusing watching Boba try to fit into this new role of crime lord. This isn’t a position he’s comfortable in yet and he’s making up his new rules as he goes along. He and Fennec have some slight differences on how Boba should show his strength to the folks paying tribute.

Fennec doesn’t think Boba should show mercy to the two Gamorrean Guards (Frank Trigg and Collin Hymes) who showed loyalty to Jabba and Bib Fortuna. Boba decides their loyalty is an asset and they will be just as reliable for him.

This hints at a fascinating dynamic with Boba and Fennec. She’s still operating as a bounty hunter thinking of the most strategic and efficient way of dealing with conflicts. 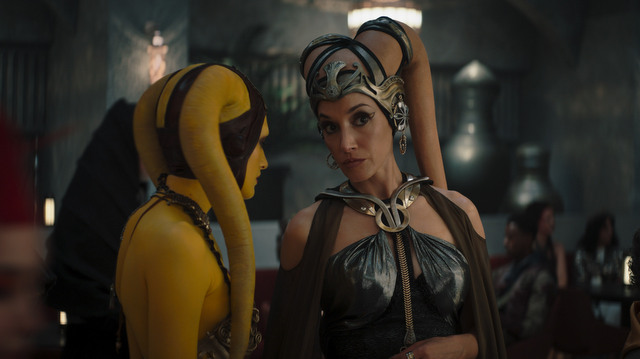 Boba has a different perspective since he’s been out of the bounty hunter game for a while. He wants to establish a new path in his dealings with collecting payments and dealing with potential problems.

It’s important for the show not to fall into the trap of making Boba the end-all, bada$$ fighter on every occasion. He loses nothing getting beaten down occasionally and it validates the need for other characters. 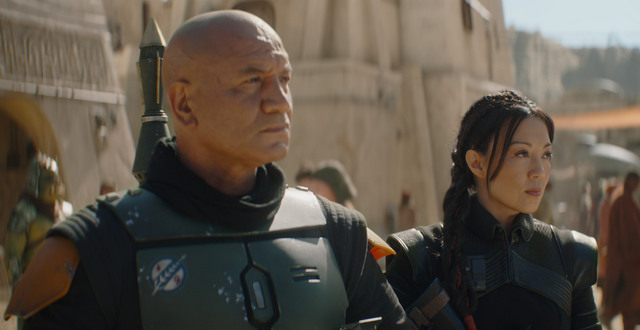 Not that Fennec really needed a ton of justification. With Cara Dune no longer a presence in the Mando-verse, Fennec is in prime position to be in the Leia/Rey/Ahsoka category as a major fan favorite that happens to be a woman. Ming-Na Wen also just makes Fennec cool in a way that can’t be written.

Fennec gets a nice showcase scene when assassins ambush them after collecting a payment. The ambush also showed the Gamorrean’s loyalties and Boba’s need to expand his forces.  Director Robert Rodriguez always has a good sense of exhilarating action scenes, and the rooftop chase was a highlight.

Rodriguez navigates the current and flashback sequences well with natural transitions as Boba reflects on his path to the throne.

Burning through the Sarlaac was a great visual along with the random Stormtrooper that was in a greater state through the Sarlacc’s digestion process. Still, Boba was in bad shape when he escaped and was quickly overmatched by a horde of Jawas. It completely made sense for the Jawas to try and salvage as much as possible from Jabba’s Sail Barge wreckage. Boba’s armor was just a happy bonus.

Boba’s bad luck continued when Tusken Raiders find him. The Tusken Chief (Xavier Jimenez) seems to be keeping a watchful eye on Boba even as he has his mate (Joanna Bennett) usher a humbling beatdown. This shows why Boba felt the need to become proficient in the use of a gaffi stick.

From there, Boba is made him the training enslaved one for a Tusken youngling (Wesley Kimmel) and his massiff (the dog-like creatures). There’s some poetry here as Boba would appreciate a youngling following in his father’s footsteps. And it makes him less likely to want to get any physical payback on his younger warden.

Over the course of the episode, this takes some fun paths especially when Boba, the youngling and masiff encounter a minotaur-like sand creature. The ROTJ kill callback was very nicely executed as well.

Given the runaway success of The Mandalorian, expectations were high for The Book of Boba Fett and this first episode proved the series seems capable of meeting and possibly exceeding them.

Get the Vintage Collection Fennec Shand figure from Amazon.

As an Amazon Affiliate, I earn from qualifying purchases.