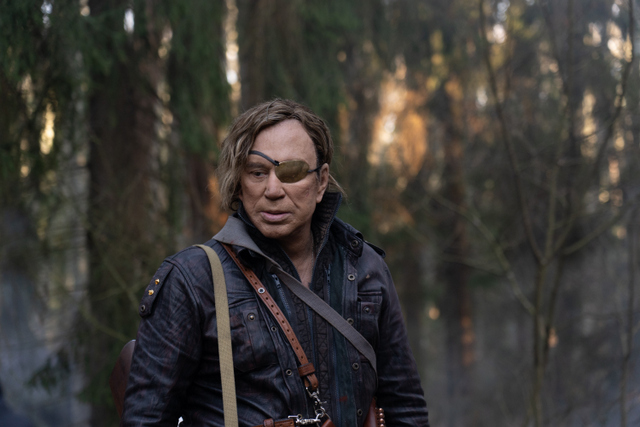 World War II is one of the go-to eras for filmmakers. It’s an easy and relatively non-complex period to show heroic determination, courage and a time when standing up to the bully was the norm. Given the amount of Academy Award nominees and winners, it’s not the worst strategy.

WarHunt attempts to enlist in the ranks of quality WWII horror/thrillers, but ultimately proves unfit for combat…or much entertainment.

A US Army plane gets taken down by a mysterious force and another squad led by Sgt. Brewer (Robert Knepper, Prison Break) is sent to retrieve them. Before they can start their mission, Maj. Johnson (Mickey Rourke, Iron Man 2) insists that Brewer add Walsh (Jackson Rathbone, The Twilight Saga) to the group. 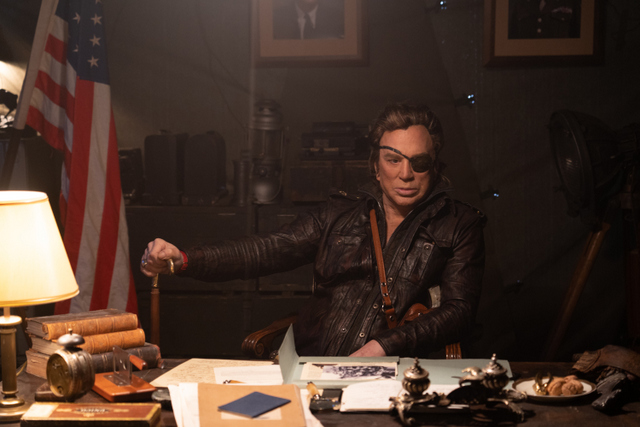 Rourke’s commitment to authenticity for the time period consists of tying his far too long hair back in some semblance of a man bun. That’s not an encouraging sign. Rourke isn’t renown for being the most dynamic and expressive actor these days, but he manages a B+ on the Bruce Willis disinterested and only here for the paycheck scale.

Cinematographer Eric Gustavo Petersen curiously doesn’t utilize any filters or film grain to give WarHunt an older, generational visual. When it’s not shrouded in heavy blacks, the film looks too clean to be set in 1945 resembling more a committed group of WWII re-enactors traipsing through the woods.

Early on it’s clear something’s not right with this mission. The German soldier Brewer’s men catch is shellshocked from something that spooked him. And maybe led him to killing his fellow soldiers. Walsh seems to know more than he’s letting on and two of Brewer’s men reported spotting some mysterious women in a cabin. 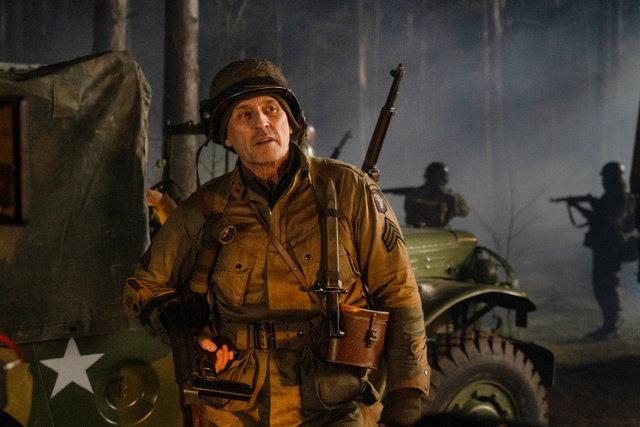 Turns out these women are actually witches and they’re after warriors’ blood for a secretive purpose. Soldiers definitely count as warriors so Brewer and his men quickly find themselves on the defensive against an enemy they have no hope at defeating.

Director/co-screenwriter Mauro Borrelli, who’s worked as an art department illustrator for films like Star Wars: Episode III – Revenge of the Sith, Hulk and Captain America: The First Avenger, has a cool concept at play yet can’t figure out a way to make it interesting.

The witches are cheap opponents — capable of teleporting and vanishing in a cloud of crows. Borelli makes this the witches’ main attack strategy, which quickly becomes redundant as it’s clear the soldiers can’t fight what they can’t touch. Then there’s the illusions and basic spell bounding aspect of soldiers long entrenched in a war zone suddenly seeing remotely attractive women. 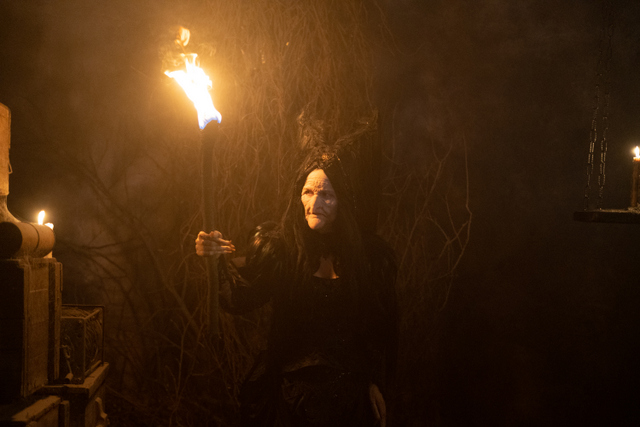 It felt like Borrelli and co-writers Reggie Keyohara III and Scott Svatos missed an opportunity to have the witches…bewitch the soldiers to make them turn on each other. Instead, some of Brewer’s men get corrupted while others don’t. At least the makeup on the witches and their lair looks good.

Most of Brewer’s crew have a generic soldier look to them and aren’t given much personality before the wackiness starts. This seems like a basic step in any war action movie — establish the characters enough so the audience cares when they start getting killed off. 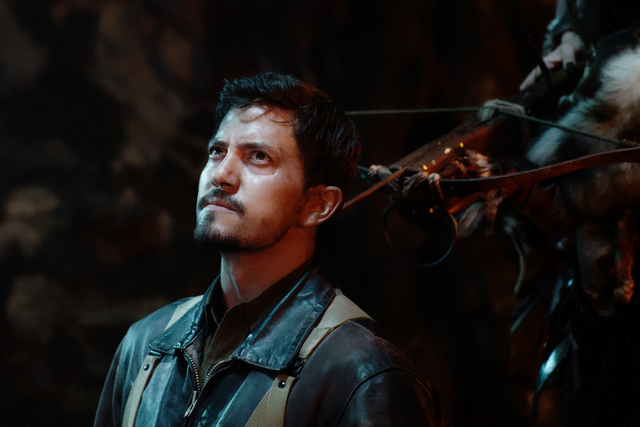 Walsh gets the main hero spotlight, but he’s a little too shifty to fully become endearing. And just when it seems a soldier is formidable enough to survive one witch attack, they’re just as quickly taken out in the next instance. A WWII film with witches vs. soldiers should be heavy on the suspense, but making one side invulnerable robs all the tension very early on.

WarHunt is a slowly paced, slog of an action film by this major imbalance and even Rourke’s big rescue the scene fails to be over the top enough to entertaining. This World War II action horror definitely won’t be casting a spell on many audience members.

Check out Overlord on 4K on Amazon.