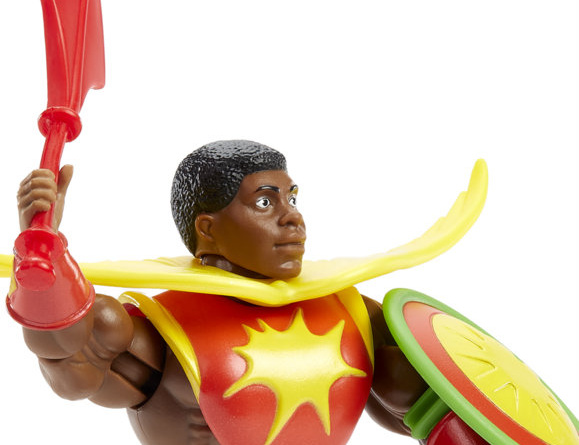 This is pretty cool. Mattel revealed that Sun-Man, an original creation by Yla Eason, was joining the Masters of the Universe: Origins Collection last year.

In a nice surprise, more of Eason’s Rulers of the Sun characters will also be joining the line starting with Sun-Man.

Mattel, Inc. (NASDAQ: MAT) announced today that the Rulers of the Sun, with its multicultural Black, Latino and Asian characters, will be joining the Masters of the Universe Origins™ line in 2022. 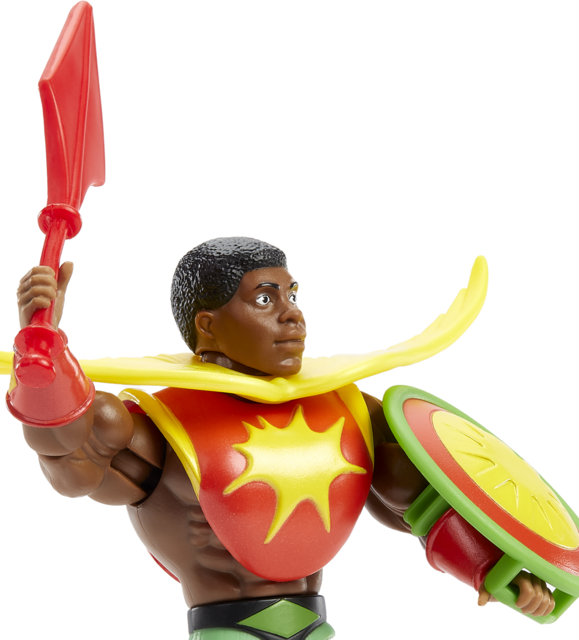 The first hero to join He-Man is Sun-Man, one of the pioneering Black action figures, available for preorder today and arriving on shelves around the globe this Spring. As the 40th anniversary of He-Man and the Masters of the Universe kicks off in 2022, Sun-Man and the Rulers of the Sun bring He-Man new, powerful partners in his battle against evil. 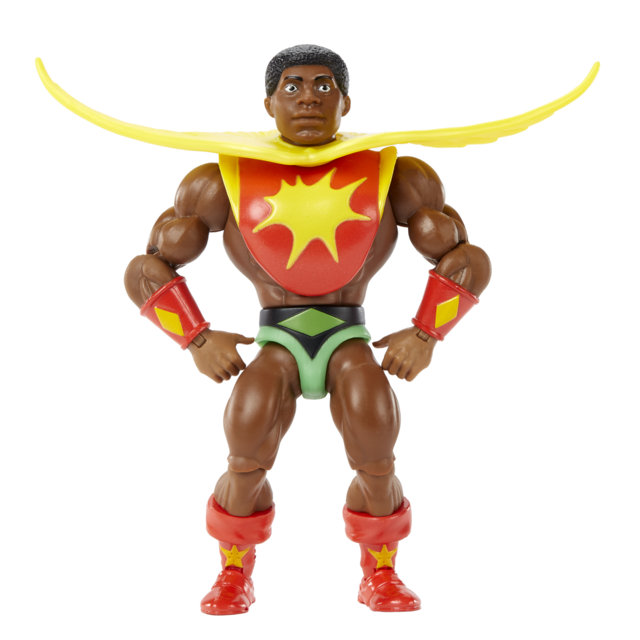 The Rulers of the Sun line will be joining the Masters of the Universe across multiple toy lines, including Masters of the Universe Origins, inspired by the original toys from the 1980s, and the new Masters of the Universe: Masterverse which celebrates the evolution of the franchise. Along with Sun-Man, upcoming allies include Digitino™, a Latino computer wizard and Space Sumo™, an Asian telekinetic ninja.  Together they fight for justice against their nemesis, the evil Pig-Head™, a devious and spiteful lord who spreads fear and despair around the world. 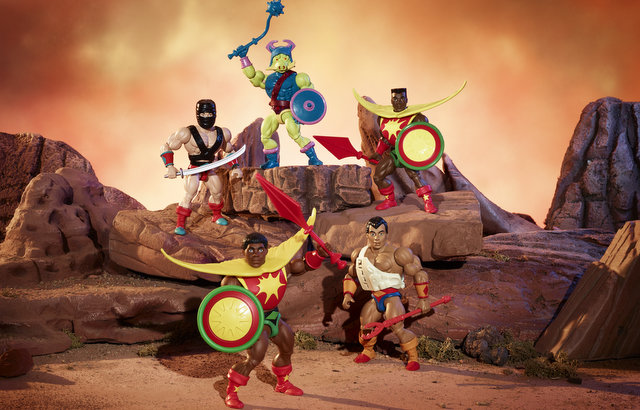 Created in 1985 by Yla Eason, inspired by her son, who feared he could never be a superhero because of the color of his skin, Sun-Man was a groundbreaking character for Black children and superhero fans alike, who saw a hero who looked like them and whose superpower was actually drawn from the organic connection between his skin-color and the power of the sun. 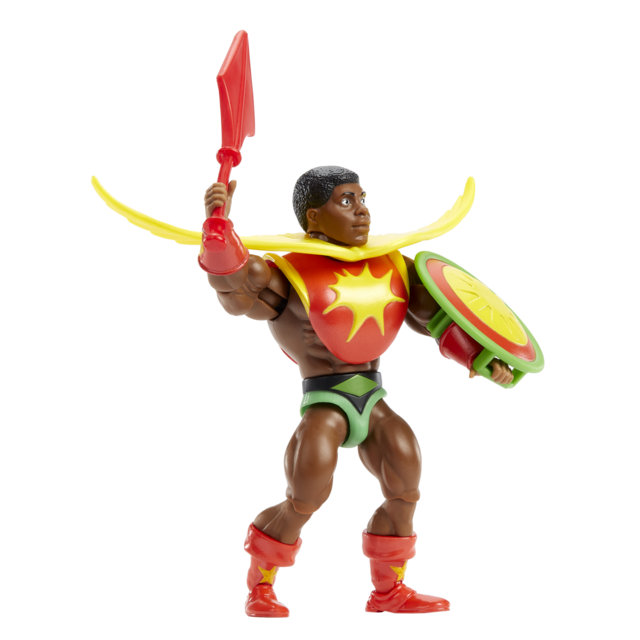 “When I originally created the character of Sun-Man, it was to show my son that heroes come in all skin colors,” said Yla Eason, creator of Sun-Man and the Rulers of the Sun. “Partnering with Mattel has been an honor, bringing this full circle and making it possible for a new generation of kids around the world to see themselves represented in their toys with the powerful portrayal of Sun-Man and his friends.”

“This job requires one to be a bit of a toy historian, and I always knew of the existence of Sun-Man, and of the high prices that vintage examples would go for in the Masters of the Universe collecting community. Even knowing that, it was only a couple of years ago that I came across Yla’s story, and it really resonated with me as another black toymaker,” said Ed Duncan, SVP – Action Figures, Games and Plush Design, & Inventor Relations at Mattel. 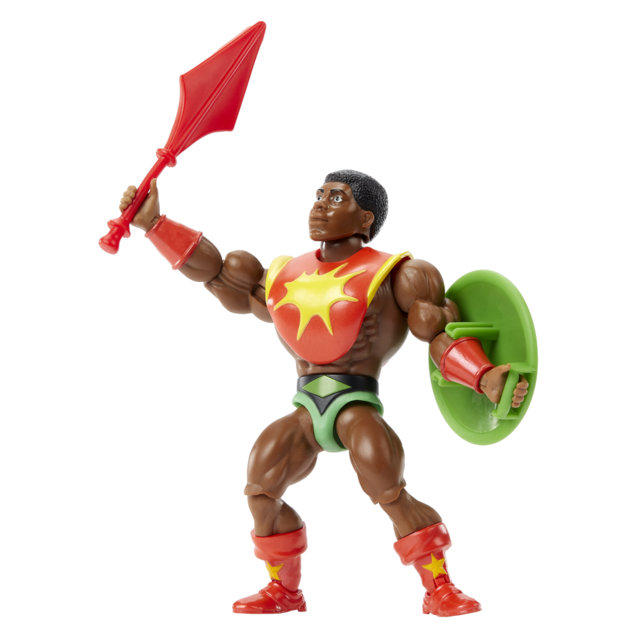 “Sun-Man was a carefully crafted toy, designed to add something valuable to Masters of the Universe play back in the 1980s… the value of diversity. That value has only increased with time. Seeing people like yourself represented as strong powerful heroes is something black children were frequently denied through the years. Characters like Sun-Man and the Rulers of the Sun are a great step in the right direction.”

Previously released through Mattel Creations as a special limited edition figure last year, Sun-Man immediately sold out within minutes, showing the passion of fans for the hero. Under this partnership licensing agreement, Mattel is granted the right to produce Sun-Man from The Rulers of the Sun collection. 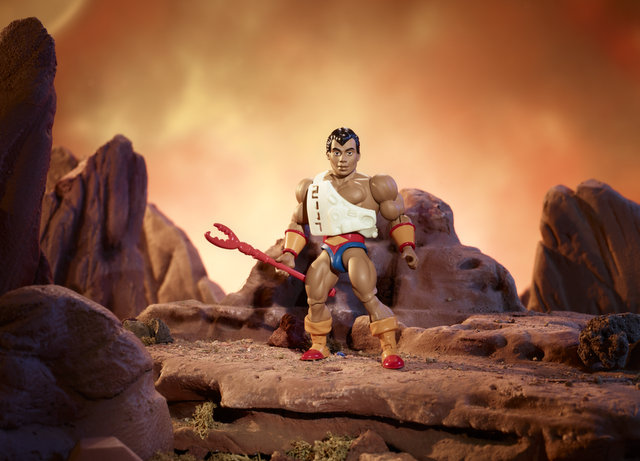 Olmec Toys and Yla Eason retain all rights to the Sun-Man property. Mattel’s purpose across all franchises has been to empower the next generation to explore the wonder of childhood and reach their full potential. As a part of this commitment, the company will continue to find ways that our content and toys can better represent the diverse world kids live in today. 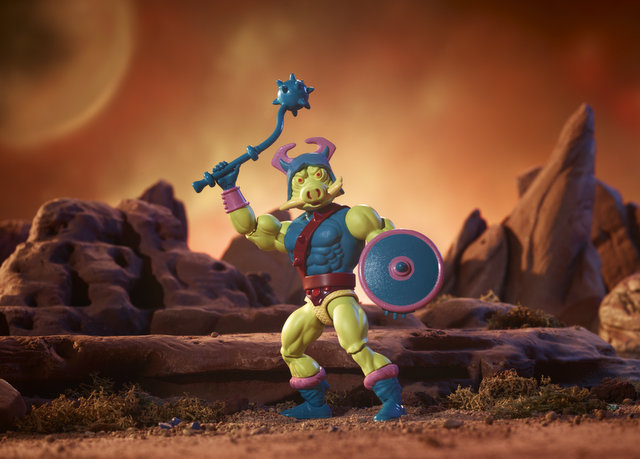 I’m more of a MOTU Classics collector and just started dipping into the Masterverse line, so I’m thrilled with the news Mattel will be bringing the Rulers of the Sun into multiple offerings. 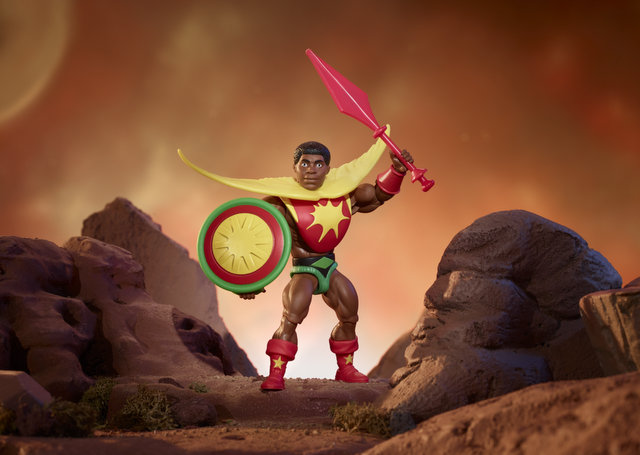 What do you think of this news?

You can pre-order Sun-Man now at Entertainment Earth. Or pre-order at Amazon.