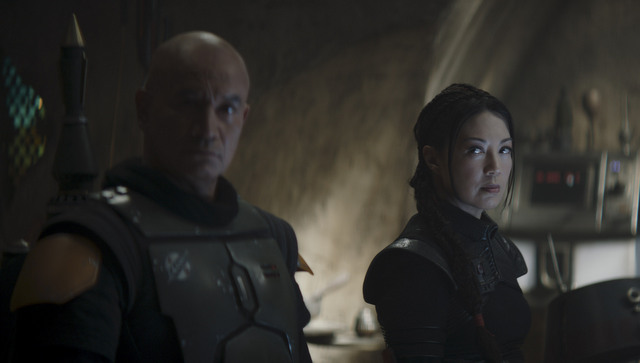 Basic rule of thumb — if Super Spoiler shows up — you already know my rating.

Has the Mando Verse corner of the universe been the best thing to happen to Star Wars fans since Clone Wars started? This is a rhetorical question. Of course it has and at this point we’re past the point of debating it.

Last episode, Fennec recruited Mando to join Boba’s army. Since he owed his pal, Mando was happy to help even without getting paid. But first, he had to deliver a gift to his former charge, Grogu.

There was the question of how that would actually play out since Grogu was hanging with…Luke Skywalker. This seemed to be the stuff of fill in the blank with your fanfic imagination running wild. That would be the case with a lot of other series. Not so with Mandalorian/The Book of Boba Fett as we actually get to see this “reunion” play out on screen.

Mando is greeted by R2-D2, who has him wait at the site of Luke’s still under construction Jedi Temple. If these robots are what Palpatine and Tarkin had constructing the Death Star no wonder it took so long. 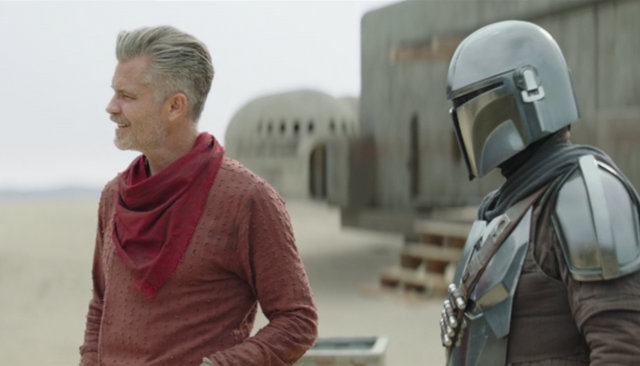 R2 remains as mischievous as always shutting down and forcing Mando to sit on a newly constructed bench while he waits. No teases on this episode. We actually get LUKE FREAKING SKYWALKER back on the screen training Grogu. I don’t know what CGI magic is making this look so real, but I do know I’m one more appearance away from begging/pleading/demanding that we get a Disney+ Luke Skywalker and the Jedi Academy series. With Mara Jade.

As I’m completely geeking out watching this reversal of one of the key moments in Star Wars lore as Luke is training a Yoda-looking character, it dawned on me we hadn’t actually seen any scene with the title character. And it also reminded me that I didn’t care. Boba Fett was always viewed so cool back in the day because he wasn’t in the spotlight. Ironically it seems like writer Jon Favreau and director Dave Filoni realize that could still work even in Boba’s show.

And seriously Luke > Boba every day of the week.

When he awakens, Mando is greeted by Ahsoka. But that would mean Ahsoka has been hanging out with Luke?!?!? Oh man, I wanted to see that meeting too!

Ahsoka warns Mando that giving Grogu the gift would just delay his training. After thinking it over, Mando does decide just to give her the gift instead of personally delivering it. 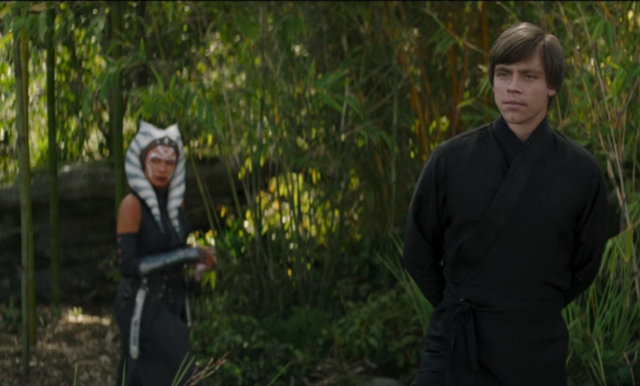 One mission down, Mando heads to Tatooine. Boba makes a cameo in his show as Fennec breaks down the strategy for fighting off the Pyke Syndicate. Mando has an idea on troops that could help with the Pyke grunts. That means taking a trip out to his newer pal Cobb Vanth, who earlier in the episode had a run-in with the Pykes himself.

It says a lot for how eventful this episode was that I’m just now mentioning Cobb’s return. The sight of Mando flying over the Jawas Sand Crawler with the dragon skeleton in tow was hilarious.

Mando wants Cobb’s help in rallying the Mos Pelgo citizens against the Pykes. Not everyone at the newly renamed Free Town wants in on a fight that’s got nothing to do with them. Cobb has other ideas though and wants all the fighting folk ready. Cobb’s timing is pretty good as a shadowy figure starts walking into town.

Oh come on! Yep it’s the one and only Cad Bane. Seriously this episode just keeps giving and giving. And I’m all about the taking. 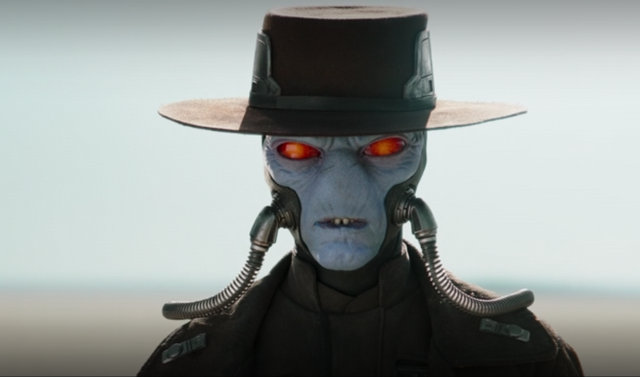 Cad is working for the Pykes and warns Cobb to stay out of this fight. Pulling a perfect Hot Rod, Cobb’s jumpy deputy reaches for his gun distracting Cobb just enough for Cad to shoot him and kill the deputy.

I’m thinking Cad is a little too skilled with his blaster to not kill Cobb if he’d wanted. Based on the Free Town folk checking on Cobb it’s safe to assume he didn’t die. The deputy? Well, no he’s good and dead.

The Pykes continue taking the offensive as they pay a visit to Garsa’s cantina and bomb it. There’s little chance she survived. Bastards! 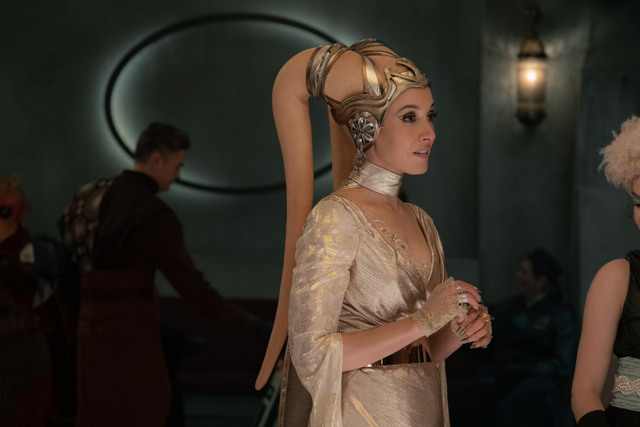 But we’re not done yet. Back at the under-construction Jedi temple, Luke has a gift (or two) for Grogu. He can have Bilbo Baggin’s mithril shirt or Yoda’s lightsaber. He can only choose one essentially the life of a Jedi or one where he embraces his connections. Doesn’t sound that tough a choice considering Emperor Palpatine wins in the end?

So yeah, this episode’s score was a lock very early on and it’s hard to see how next week’s season finale will top it. I guess the key for great Boba Fett episodes is to not have him in it?