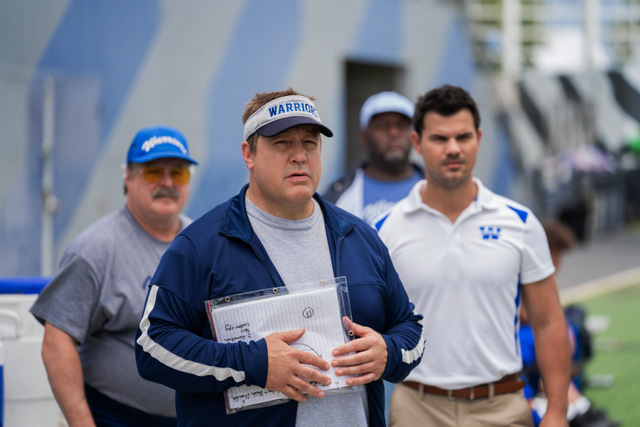 Home Team has a premise that’s hard to screw up. It’s based on the actual story of suspended NFL coach Sean Payton serving as offensive coordinator for his son’s sixth-grade team. That’s a great story and one Hollywood screenwriters might chalk up to being too unrealistic.

Add in the surefire crowd-pleasing elements with kids playing football and it almost feels too easy.

To make things more challenging, Home Team gets run through the Adam Sandler filter as it’s a Happy Madison production. This leads to some interesting style clashes of a basic children’s sports movie and the typically over the top style of Sandler films. 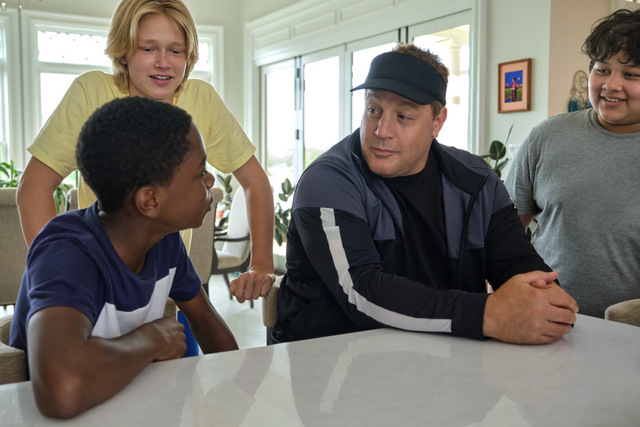 In that sense Home Team still manages to be an easy, uncomplicated watch. It’s fun in spite of the needless razzle dazzle the filmmakers throw in to truly embody a Sandler-style comedy. If you’re already envisioning when the mass projectile vomiting on the field scene will occur, chances are you’ve studied this playbook before.

Longtime Sandler running buddy Kevin James (Grown Ups 2) plays Payton. The likeness isn’t as off as you might think so long as James keeps on Payton’s signature cap on.

James knows how to do these wild slapstick comedies without overexerting himself, but he plays this role largely low-key. That restraint is necessary as otherwise there wouldn’t be anything for Rob Scheider to do. Schneider plays a New Age hipster married to Payton’s ex-wife, Beth (Jackie Sandler).

Banned from participating in any capacity with the New Orleans Saints, Payton travels to Argyle, Texas in an effort to spend more time with his son Connor (Tait Blum, Titans). Connor isn’t too excited since he barely knows his father. 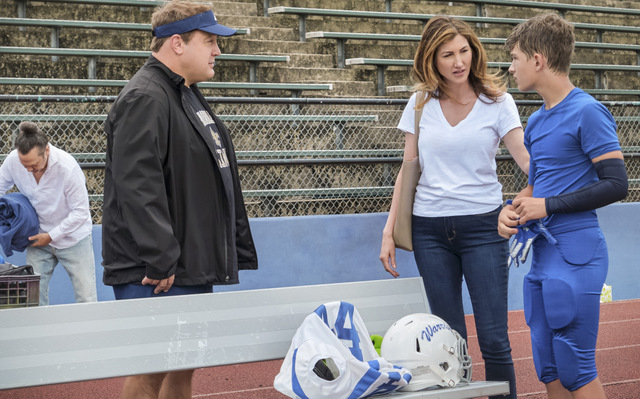 Connor’s coach, Troy (Taylor Lautner, Scream Queens) sure isn’t against having a future Hall of Fame coach helping out on the field in drawing up plays. Not so surprisingly, Troy completely fails to count on Payton becoming the team’s favorite.

The team is comprised of Bad News Bears 101 style casting. Marcos (Jacob Perez) is the all-world athlete, Dennis (Bryant Tardy) is the big kid afraid of contact, Paulie (Maxwell Simkins) orders pizzas during the games and kicker Harlan (Manny Magnus) chokes up whenever he sees his dream girl in the stands.

Very little in Chris Titone and Keith Blum’s script feels fresh. They seem to have a conflict whether to explore the NFL head coach working the lowest level of football angle or comedy hijinks.

Payton opts to stay in a two-star hotel with a continental breakfast and a jacuzzi that randomly self-cleans in the middle of the night. Jamie insists on sitting at the game sharing a Snuggie with Beth. And an assistant coach (Gary Valentine) is the butt of several desperation Hail Mary style slapstick scenes that could have been skipped. 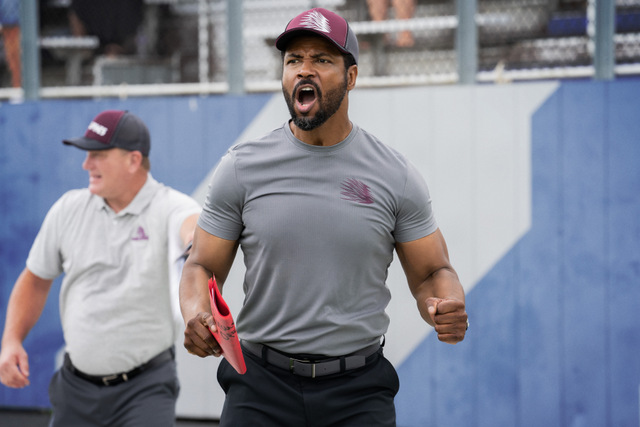 There are some fun cameos from football broadcast regulars and a few appearances from some esteemed former NFL coaches. 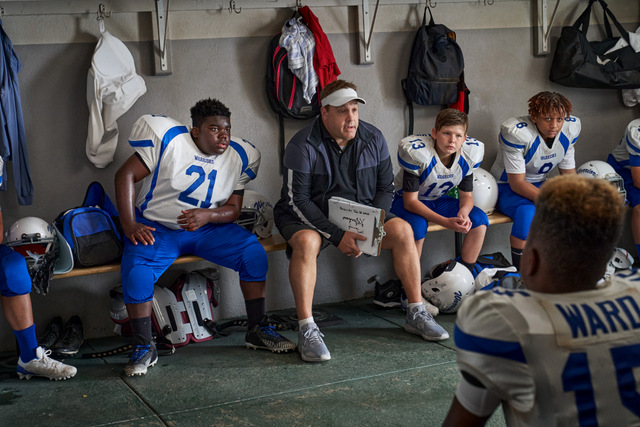 This isn’t a one-man show, but James is solid as the film’s steady and reliable foundation. He’s the straight man in the storm of the comedic chaos. And in the numerous moments where the jokes don’t land as strongly as intended, he’s able to salvage a scene to keep it from going off the rails.

James sells the estranged father/son dynamic with Blum easily, which is the most important relationship of the film. 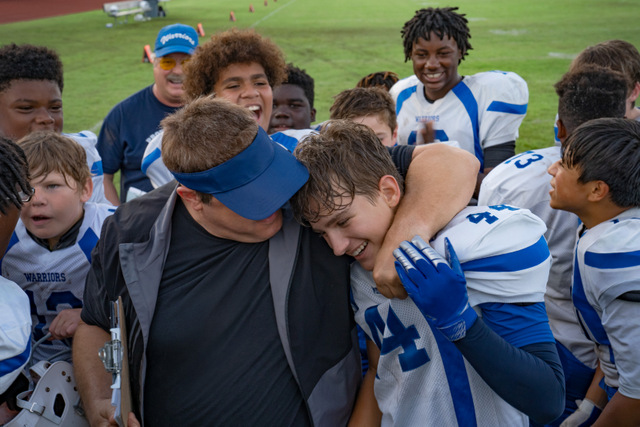 Home Team is football and pizza. It doesn’t have to be amazing to be good enough. Neither the highs nor lows are too dramatic to strike up strong emotions, but it’s a fun little diversion.

For another family football film, check out Dwayne Johnson in The Game Plan on Amazon.