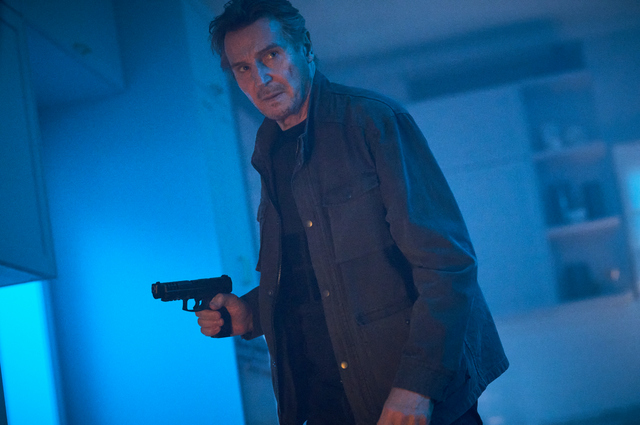 Liam Neeson has entered the phase of his action hero movie career where he can’t beat up hordes of bad guys over the course of two hours. Rather than kicking and screaming into his new norm, Neeson has smartly pivoted to more drama-focused films with action elements.

In Blacklight, Neeson continues his graceful evolution to tough guy that relies more on his guile and experience than physical prowess. It’s a sensible action audible as Neeson’s stockpiled enough credit in the genre to pick and choose his battles instead of non-stop shootouts and fisticuffs.

That said, Blacklight is one of those films that would have benefitted from Neeson teaming with a younger, more action-oriented co-star or shaving off 20 more minutes to pick up the pace.

Neeson plays Travis Block, an off book federal agent, that regularly gets dispatched by FBI Director Gabriel Robinson (Aidan Quinn) to clean up some mess. 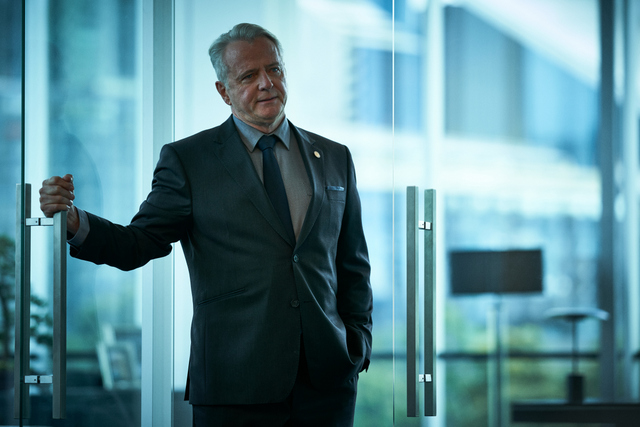 In Travis’ introductory scene, he’s got to navigate some backwater gun-toting racists to rescue an undercover agent. While there’s a decent number of explosions, Travis doesn’t fire a shot. This is director/co-screenwriter Mark Williams’ (Honest Thief) way of lowering audience expectations that this isn’t going to be a film filled with epic shoot outs.

Travis is thinking of getting out of the game anyway to spend more time with his daughter (Claire van der Boom, Hawaii Five-O) and granddaughter (Gabriella Sengos). 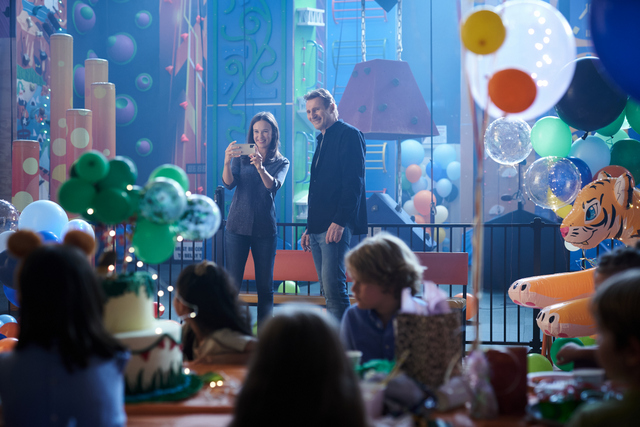 That overdue retirement has to wait. One of Travis’ charges, Dustin (Taylor John Smith) is threatening to expose some major agency secrets to reporter, Mira Jones (Emmy Raver-Lampman, The Umbrella Academy). If this story gets out, it could cause irreparable damage that could have a lot of heads rolling.

Mira isn’t just a side character created to help Travis. She’s got her own subplot and is a vital component of the story that helps organically distract from the fact that Travis isn’t involved in a lot of action sequences.

Raver-Lampman makes Mira believable as she hits so many authentic emotions of a journalist — the nagging curiosity, the fear for her safety and the thrill of getting a big lead.

Naturally, there’s some players willing to do whatever it takes to keep the story from getting too much traction. These scenes are some of the strongest. Williams has a good sense of building suspenseful moments with satisfying payoffs. 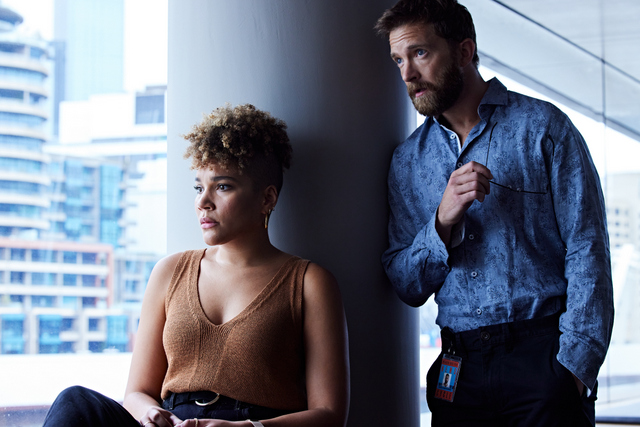 Blacklight’s biggest issue is pacing. Williams and co-screenwriter Nick May structure the film in a manner that creates too much dead space. There are far too many instances of characters just sitting and talking. The effort to craft a more cerebral action film is appreciated, but Blacklight continually leaks air just when it seems ready to hit another level.

This starts off right away. An Alexandria Ocasio-Cortez stand-in (Mel Jarnson, Mortal Kombat) is killed in a deliberate hit-and-run. Bizarrely, the film takes 10 minutes for the murder to get mentioned by other characters. 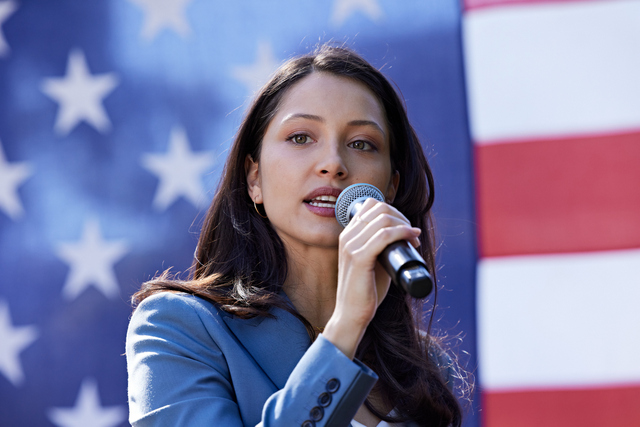 Williams and May also spend too much time on Travis’ family life. It offers Neesom a chance to show a kindler, gentler side, but the bonding moments are dull.  A scene or two for background context would have been helpful, but repeated, prolonged segments take away from the film.

When it comes time for the big finale, Neeson is ready and it proves worth the wait. Williams understands the limits of credibility with Neeson fighting guys half his age. Williams mostly lays the action out in a believable manner with a minimum of hero moments. 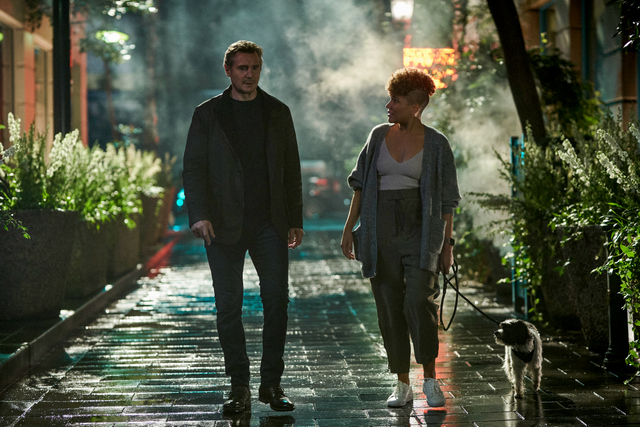 Blacklight isn’t a rush to the theaters type film. It’s more of a wait and enjoy a solid, if unremarkable action drama. It’s best suited checking out on the couch.

Check out the Taken collection on Blu-Ray on Amazon.