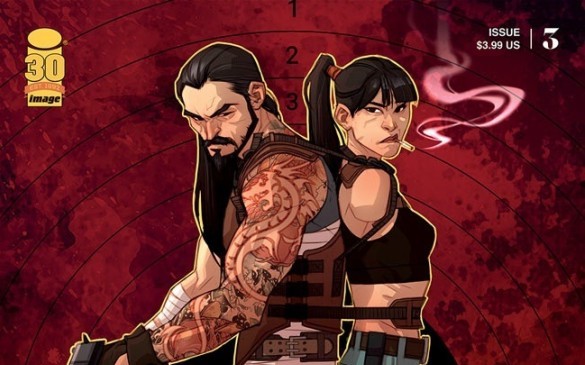 Roland’s victims aren’t the standard bad guys. They’re the real-life ones that get away with anything because they’re so rich and powerful. They’ve essentially become untouchable — until Roland decides he’s going to right the wrongs of his life by killing off the worst people on the planet.

Millar is at his most diabolical method of mayhem destruction writing best here. Roland’s assassinations are deviously clever as he makes sure his targets clearly understand he’s aware of their sins and ready to collect.

Too bad for Roland his actions have set him in the sights of the one person capable of tracking him down and killing him — his son Atticus.
Atticus’ arrival adds an element of The Fugitive to an already intriguing story cocktail.

Scalera’s artwork is gorgeous whether in quiet post-assassination discussions or frenetic shoot outs. 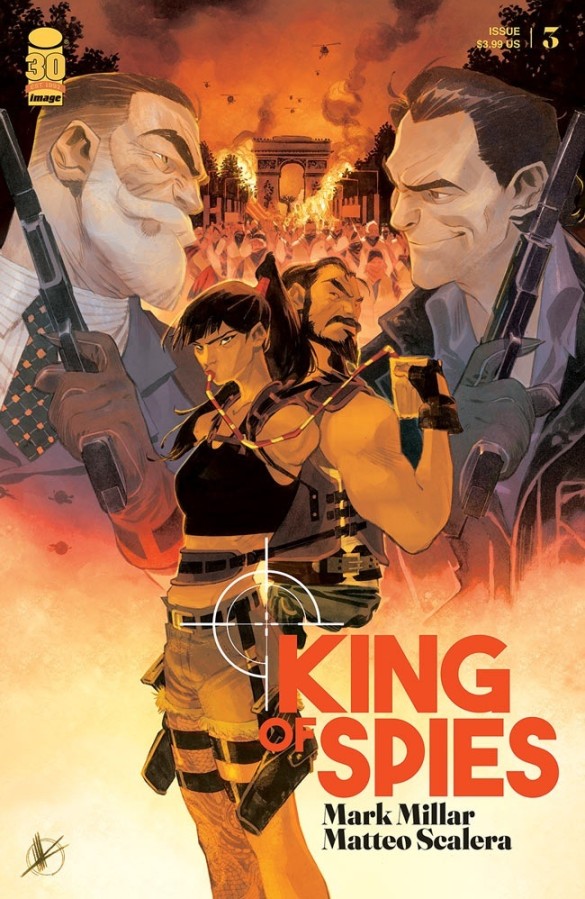 King of Spies might be a guilty pleasure, but it’s immensely rewarding to see the guilty get what’s coming to them for a change.