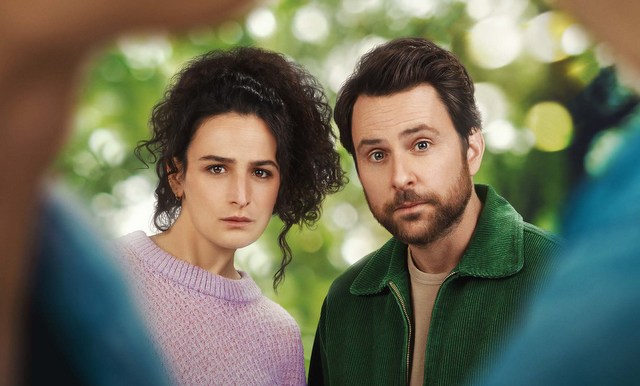 Valentine’s Day still won’t be the same in the ongoing pandemic saga, but I Want You Back will provide the cinematic equivalent of a dozen roses and your favorite box of chocolates for rom com fans.

Emma (Jenny Slate, Venom) is living her best dating life with her personal trainer boyfriend, Noah (Scott Eastwood, Suicide Squad). Likewise, Peter (Charlie Day, Hotel Artemis) is perfectly content with his fantastic girlfriend, Anne (Gina Rodriguez, Jane the Virgin). Everything is amazing…right up until the point Noah and Anne break up with them.

They’ve both been dissatisfied — Noah with Emma’s lack of interest in fitness and Anne thinks Peter is too safe, refusing to take any chances. And it doesn’t hurt that they’ve both found new love interests better suited to their desires.

For Noah, that’s Ginny (Clark Backo), a baker specializes in healthy muffins. Anna gets a taste of a daring more exciting life with Lucas (Manny Jacinto), a middle school drama teacher not afraid to seize the moment. 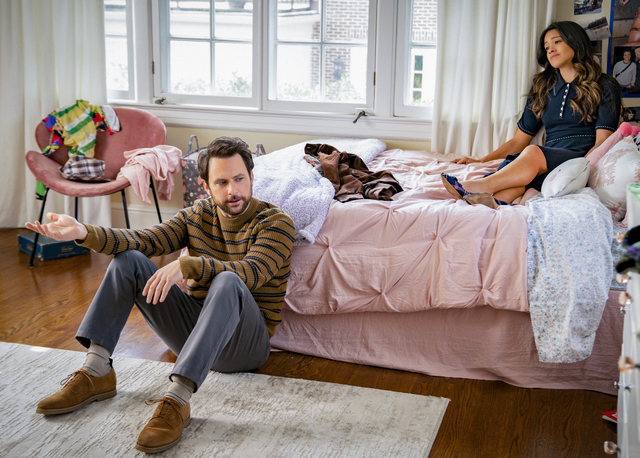 This comes as a massive shock to Emma and Peter. The grieving portion of the breakup is rough, but they find some unexpected solace after encountering each other in their office stairwell.

Having an eager breakup buddy/support system proves helpful for both as they’re able to encourage each other through the rough patches. No need to leave a desperate message on their exes, they can just spend time hanging out at a diner or catching a movie. The bond is quick and immediately effective. Still, they miss the comfort of their old relationships.

Peter and Emma get the wild idea that they’ll break up their exes’ new relationships and send them running back. To pull off their wacky plan, they decide Emma will seduce Logan forcing Anne to realize Peter was the best guy for her. 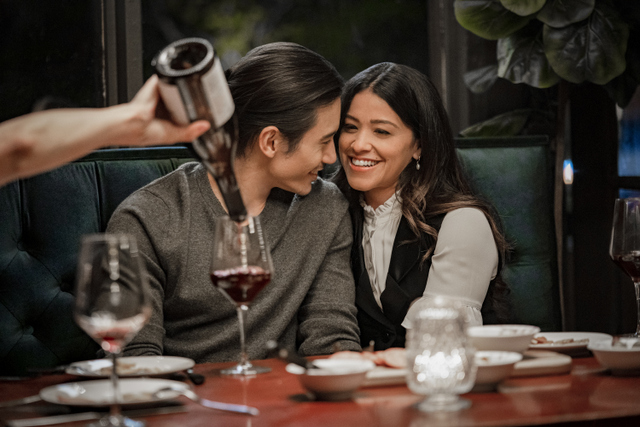 Since stealing Ginny from Noah is preposterous, Peter is going to play the bro card and become BFFs with Noah. And maybe with Peter’s influence, Noah will come to his sense with Emma.

It’s the kind of preposterous scheme that (probably) never work in the real world but is ideally suited for a romcom premise. Especially with stars like Slate and Day who happily embrace the absurdity and go all in with it.

Director Jason Orley keeps things from getting too goofy, which is key for a film that could easily skew over the top.

The plan requires a deep amount of commitment testing just how far Emma and Peter will go to accomplish their mission. Along the way there’s a few obstacles like Emma becoming an unlikely friend/mentor to one of Logan’s students, Trevor (Luke David Blumm). Peter actually finds Noah to be a great wingman who actually encourages him to take more chances.

Love, Simon screenwriters Isaac Aptaker and Elizabeth Berger wisely avoid coming up with too many ridiculous scenarios. That’s typically what derails promising rom coms. Aptaker and Berger instead spend more time fleshing out Peter and Emma as actual people instead of goofy archetypes. 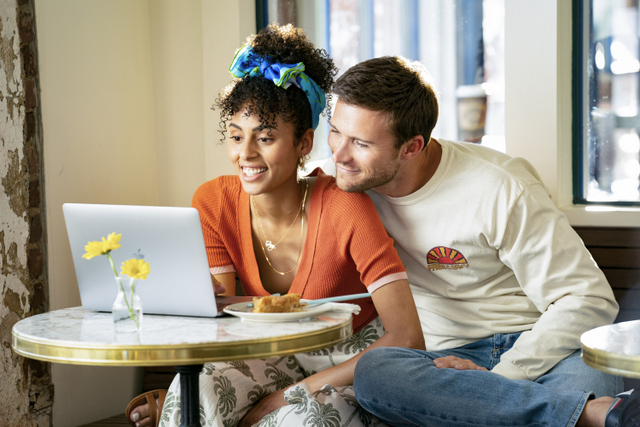 If there’s any hitch with the premise it’s that Day and Slate are such a fun pairing, it’s hard to buy their characters don’t immediately recognize their chemistry and start dating.

Given Peter and Emma’s objective, Aptaker and Berger avoid the mistake of making Anne or Noah unlikeable characters. This gives Rodriguez and Eastwood enough leeway to have some shades of grey to their performances where you see what made Anne and Noah so desirable. Not enough that we actually want to see Peter and Emma get back in those relationships of course.

In a nice shift from the norm, Peter and Emma do have to face the consequences for their scheme in a messy way they didn’t anticipate. 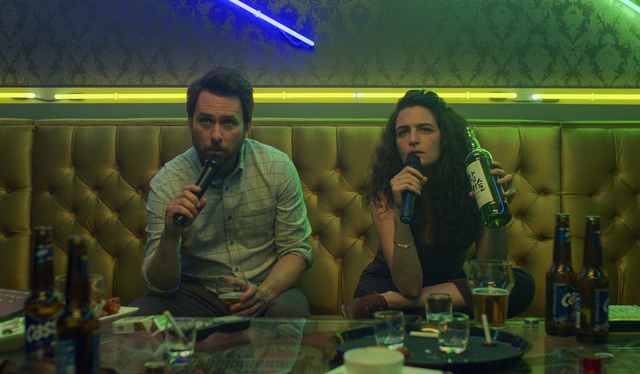 Day and Slate have more than enough energy and quirkiness in their standard delivery to bring the requisite amount of sweetness and laughs. They’re a blast together.

In an early scene, Peter and Emma discuss Barbara Streisand and Meryl Streep as a dream casting for a play. In terms of rom coms, Slate and Day make for a pretty exceptional pairing as well. Hopefully, this won’t be the last time they team up.

You can watch I Want You Back now on Amazon Prime.