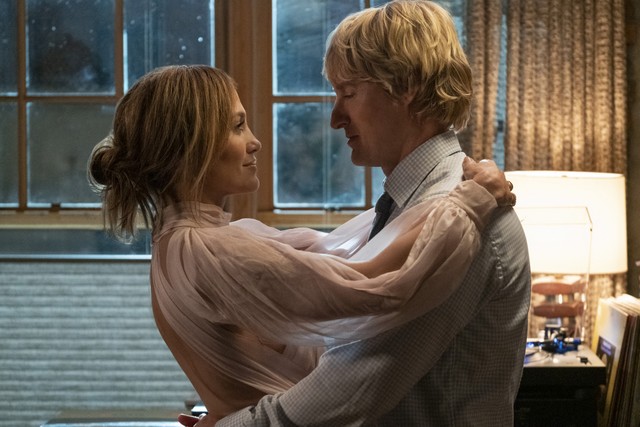 Marry Me suffers from the same problem as many of Jennifer Lopez’s romantic comedies. It’s too hard to imagine a charismatic breathtaking supermodel type so desperate for love she’ll settle on any old average dude.

That puts the film in the hole from the start and despite Lopez’s best efforts, Marry Me never quite manages to overcome that issue in addition to some other questionable choices.

The film is based on a graphic novel by Bobby Crosby and Remy ‘Eisu’ Mokhtar though it could easily be a semi-biopic of Lopez’s dating history. Lopez (Hustlers) stretches herself playing Kat Valdez, a superstar singer who’s had a rocky love life. After a few failed marriages, Kat is ready to try it again with fellow mega superstar singer Bastian (Maluma).

This marriage won’t be a standard ceremony. It’s going to be livestreamed for Kat and Bastian’s millions of followers as they sing their hit song, Marry Me, at a concert. 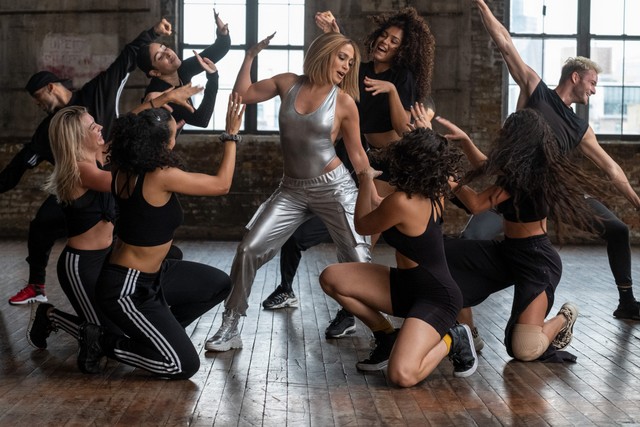 Charlie Gilbert (Owen Wilson, Loki) could care less about the social media event of the year. The schoolteacher/leader of the math club still uses a flip phone and doesn’t even have a social media account (gasp). Charlie’s main concern is connecting with his daughter, Lou (Chloe Coleman, My Spy), who’s at the pre-teen phase of thinking her dad is incredibly lame.

Hoping to score a few points, Charlie accepts his friend/ school guidance counselor Parker’s (Sarah Silverman) invitation to go to the concert. Just as it’s time for the big moment, a video of Bastian goes viral. Dejected, disappointed and more than a little embarrassed, Kat does the logical thing and accepts the sign proposal from a guy.

In fairness, Charlie was just holding a sign that listed the song title, but why let that stop the most ridiculous meet cute ever? Shellshocked, Charlie goes on stage and the unlikely proposal is made official. 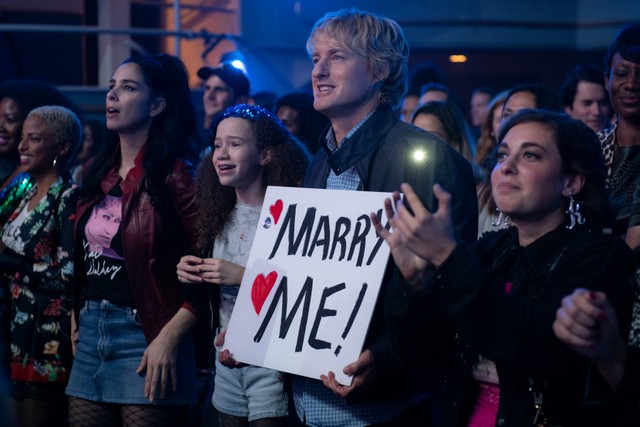 Kat’s agent, Collin (John Bradley, Game of Thrones), assumes with a night to sleep it over she’s come to her senses and ready for a quickie divorce. Surprisingly, Kat decides to play it out since Charlie seems like a decent guy. Charlie reluctantly agrees to play along and endure the probing interviews, the paparazzi and the endless recording for Kat’s social media accounts.

Naturally over time, Charlie reminds Kat to appreciate life’s small things and to be more independent from her staff. As is the case too often with rom coms with a highly successful woman, she somehow doesn’t get to impart much to the schoolteacher living in an impossibly large townhouse for his salary. On the plus side, she does teach the math club a dance to help distract them from tricky questions.

Screenwriters Harper Dill and John Rogers (Catwoman) frequently seem conflicted if they’re making a rom com or a romantic drama with some romantic elements. There are obvious opportunities for comedy with a random dude dating a mega celebrity. Wilson mastered the “aww shucks” good guy role a decade ago but given good material he’s also very funny.

Too often, Wilson isn’t asked to do any comedic lifting. Instead, he’s the decent (to the point of being a little dull) straight man to enthusiastic performances around him whether Silverman seemingly having a blast in every; Michelle Buteau as Cat’s assistant or Stephen Wallem as a scene-stealing music teacher.

Next to them Charlie seems devoid of a personality making it even harder to buy how Cat would be fall for him. Is that a spoiler? 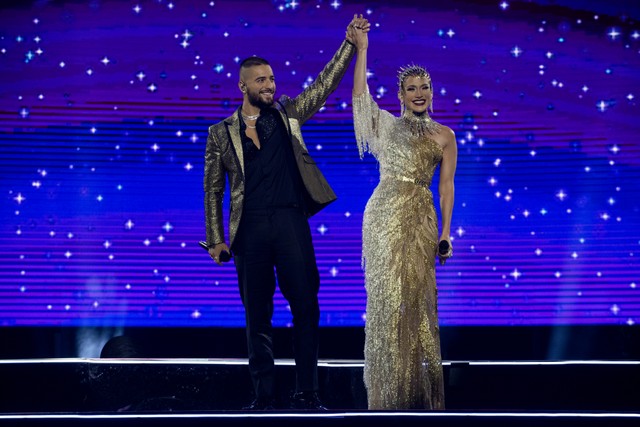 For unlikely the premise and Wilson’s non-distinct performance, Marry Me works largely on the strength of Lopez. She’s been rom com royalty for consistently making her characters vulnerable with a disarming charisma that belies her jaw-dropping appearance.

Lopez’s ability to channel her cool “Jenny From The Block” nature is invaluable to the film in showing the all-too human side of celebrities.

Director Kat Coiro also does a commendable job of peeling back the not so glamorous side of celebrity life. From the different demands, constantly having to be “on” and being the butt of jokes of late-night talk hosts, it’s not as fun as it might seem. Jimmy Fallon has a cameo role cracking on Kat’s romantic woes.

It’s not all smooth, however. At two hours, the film is too long for the premise.

Part of the reason for the length is Lopez’s interest in making Marry Me her Bodyguard, Dreamgirls or A Star is Born role. Lopez has always been a better entertainer than singer.

Whitney Houston, Beyonce, Jennifer Hudson or Lady Gaga could get indulgent with extended musical number selections thanks to their elite vocal skills. Lopez’s songs are better suited for the background soundtrack elements instead of focal points of the film. 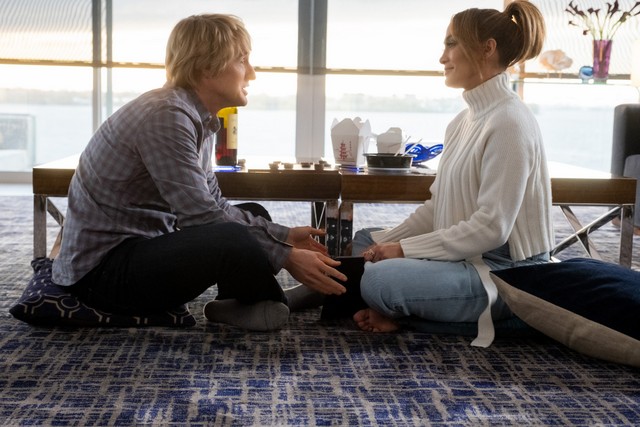 The plot dictates Kat and Charlie get together, but the rom com formula proves somewhat problematic as the relationship-threatening argument doesn’t seem realistic.

Marry Me has too many rocky moments to enthusiastically recommend. It’s a rom com that’s not funny enough, lacks chemistry with its leads and is artificially extended to hawk Lopez’s soundtrack.

Check out Jennifer Lopez in The Wedding Planner on Amazon Prime.