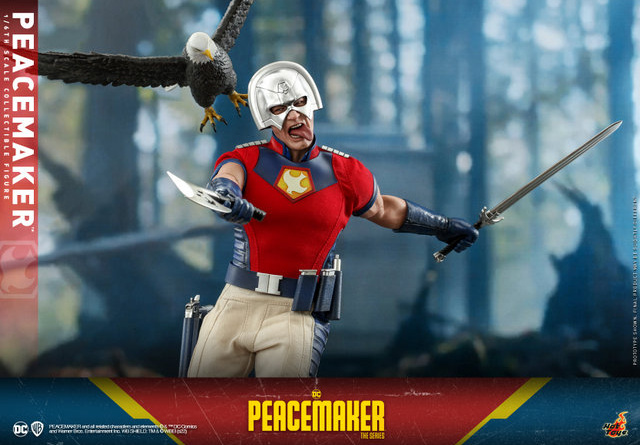 While I didn’t love Peacemaker like a lot of folks, it is nice to see Hot Toys continuing to add to the ranks of The Suicide Squad finally. 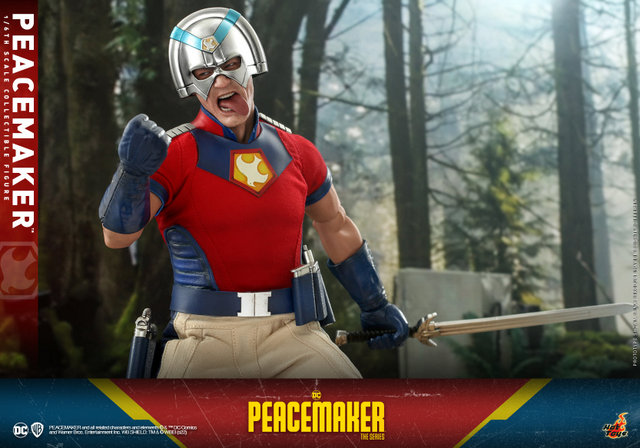 Picking up where 2021’s The Suicide Squad left off, DC’s recently released series – Peacemaker follows a violent vigilante who believes in achieving peace at any cost – no matter how many people he has to kill for it in the process. He was one of the members of the second Task Force X strike team sent on a mission to Coro Maltese.

Sophisticatedly crafted with striking likeness of Peacemaker’s appearance portrayed by John Cena in the action series, the 1/6th scale figure features a newly developed helmet head and an interchangeable helmet covered in silver chrome finish with details, an attachable tongue to create alternate expressions, a specially tailored outfit, weapons including a sword, an axe, and a figure stand. 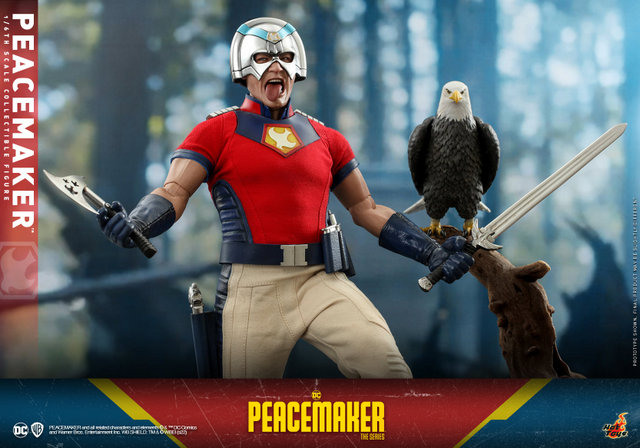 The sidekick of the show – Eagly will also come as a 1/6th scale accessory with spread wings for complete collector experience. 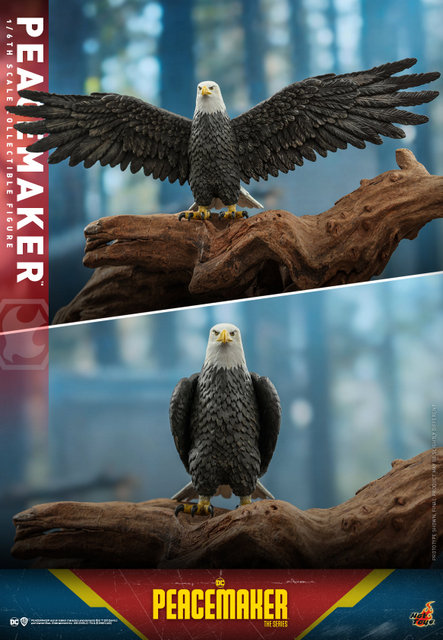 It’s interesting that it doesn’t appear to be an unmasked Cena portrait. The tongue accessory is very well though. 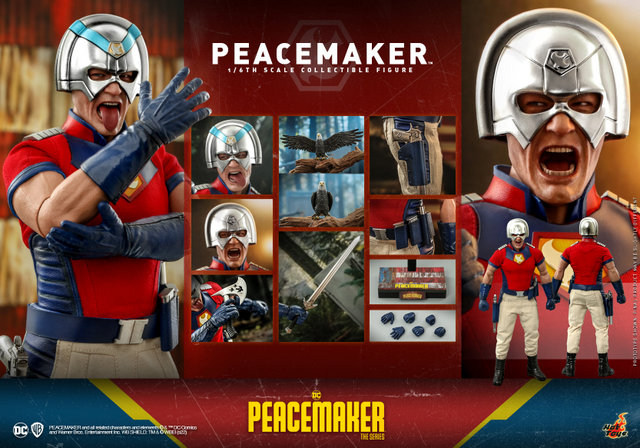