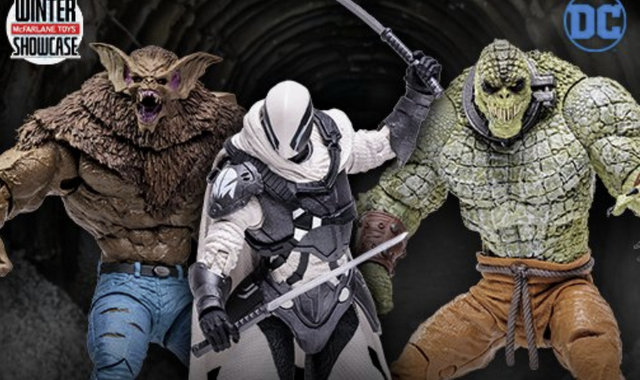 Here’s a new trio of Batman-centric figures from McFarlane Toys from various properties and eras. At least McFarlane is mixing that up so there’s a little variety. 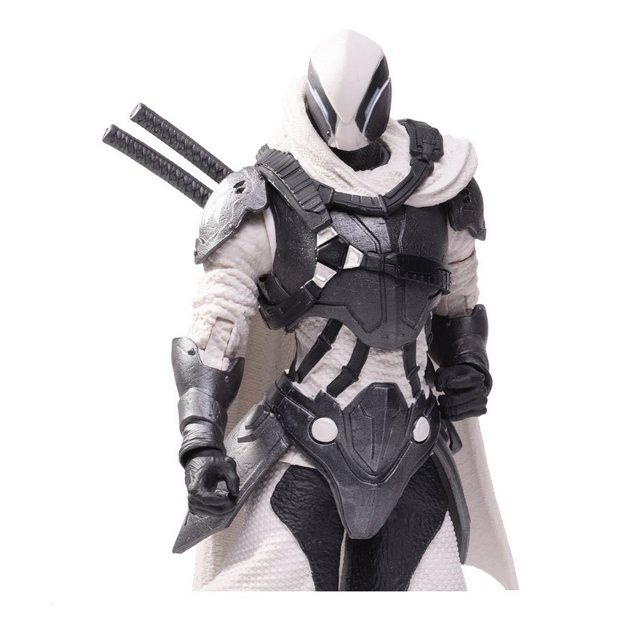 Bruce Wayne, while training to become Batman, befriended another student on the path toward justice—the man who would become Ghost-Maker! A master in all forms of hand-to-hand combat, the sword-wielding vigilante has a different, deadly approach to justice which often puts him at odds with Batman. Much like the Dark Knight, Ghost-Maker has an array of fabulous weapons and vehicles, and he will always strive to prove to Batman that his approach to justice is superior. Based on his look in the Batman: Arkham City video game, this DC Collector Killer Croc Megafig Action Figure features ultra articulation with up to 22 moving parts for full range of posing and play. The large and imposing Killer Croc Megafig is in scale with the 7-inch figures in the DC Multiverse line (sold separately). Killer Croc comes with a display base, collectable art card with Killer Croc figure photography on the front, and a character biography on the back. 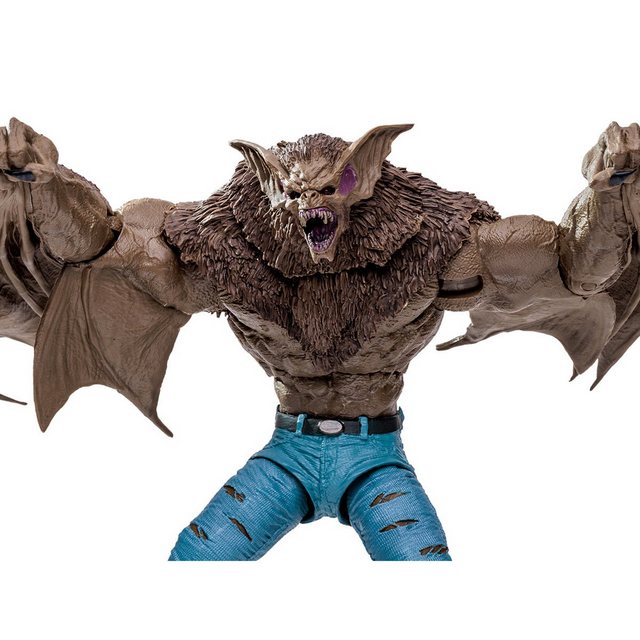 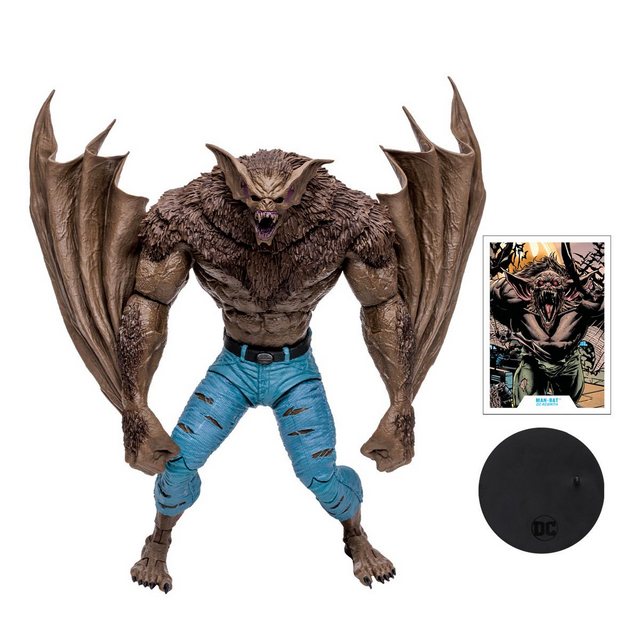