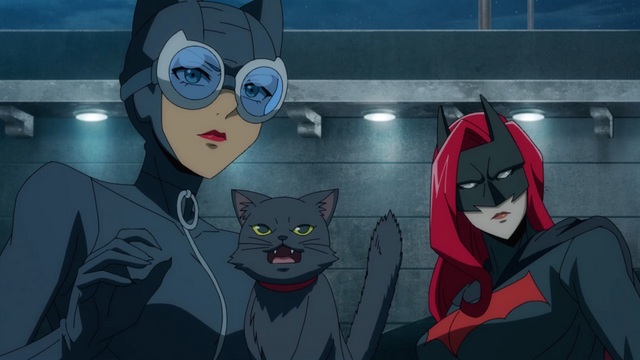 Catwoman: Hunted is a largely harmless spotlight on Selina Kyle told through a wacky anime filter. Your enjoyment will largely depend on your appreciation of a more playful take on the cat burglar. It’s meant to be lighthearted and rarely taken seriously. 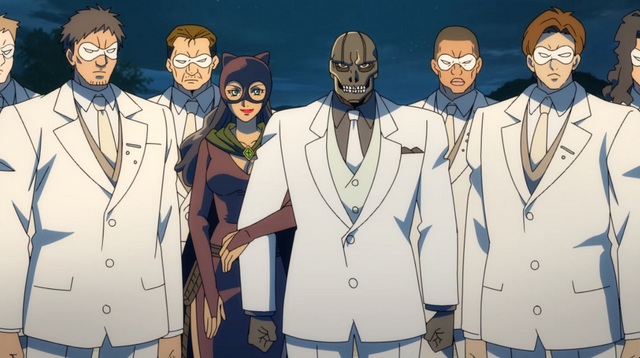 While thinking she made good on the heist, Catwoman’s actions have only made her a target for Leviathan and Interpol, which wants to use her as a bait to bring Leviathan down. 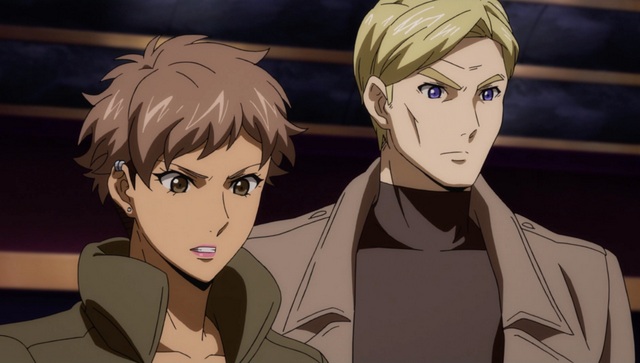 Screenwriter Greg Weisman makes use of Catwoman’s in-comics continuity bisexuality to create some sexual tension with Batwoman. This comes at the cost of making Batwoman, one of the Bat Family members less prone to emotional distractions, acting awkwardly out of character as Selina flirts with her.

Gillies completely nails the flirty, carefree nature of the title character. There’s been little continuity with recent DC Animated projects, but Gillies makes a strong case to play Catwoman in future projects. Beatriz doesn’t sound like such an ideal fit for Batwoman mainly because she makes Kate Kane too devoid of personality as if playing Batman-lite. 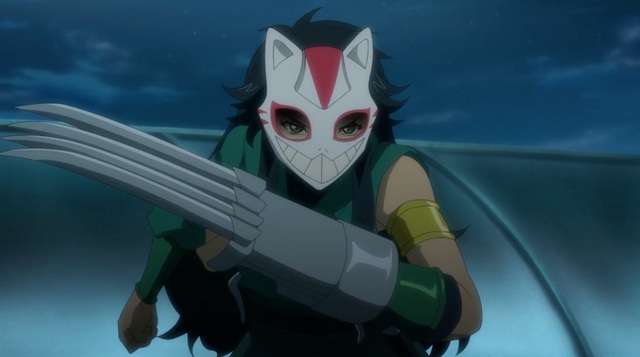 Some of these villains are major players that only get defeated by top tier heroes like Batman, Wonder Woman and Superman.

There were better villain options more in Catwoman’s weight class like Lady Vic, King Snake and Talia al Ghul. They would have made for more appropriate adversaries. And it would have led to Weisman not having to basically make Catwoman a superhero in order to defeat these Rogues. 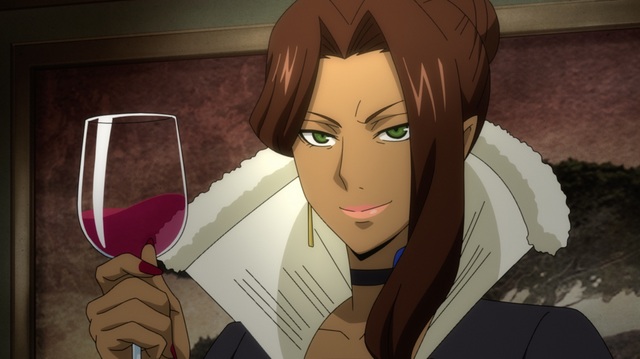 This is one of the bigger issues with the film. The villains have to act like morons for Catwoman to beat them and regardless if she’s fighting an unstoppable zombie or 52 ninjas, it rarely feels like it’s a struggle for her effectively killing off any suspense. 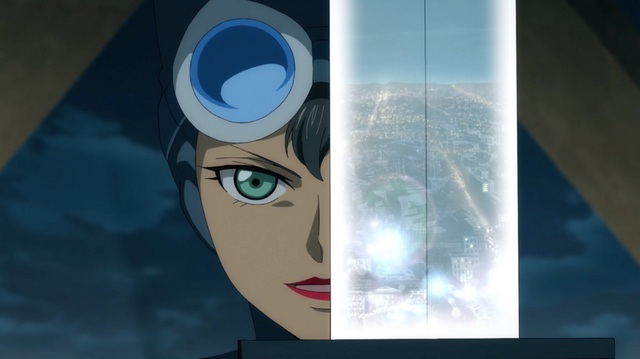 There’s some noticeable disconnect with the tone. The anime flavor naturally warrants a sillier, goofier tone than a classic Gotham City character vibe. The jazz pop score also seems like a deliberate homage to Cowboy Bebop to further sell the breezy feel.

Still, Terasawa works in some titillating scenes with Catwoman and some violent sequences that clash with the playful tone. Those are the moments that tilt the film from family-friendly to decidedly earning its PG-13 rating. 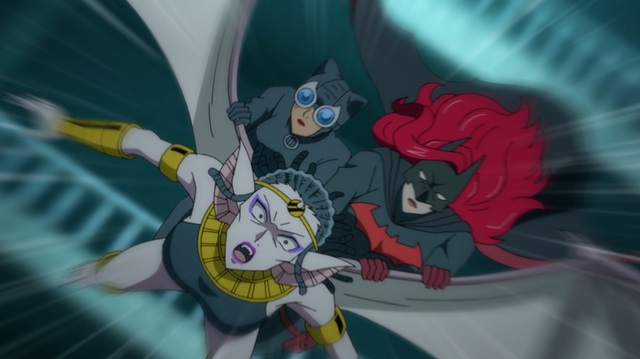 Catwoman: Hunted rarely rakes itself seriously so it’s hard to knock it for being too frivolous. Given the more serious slant of recent DC Animation projects, it might have been more interesting to make Selina work for her payoff.

You can buy Catwoman: Hunted now on Amazon.