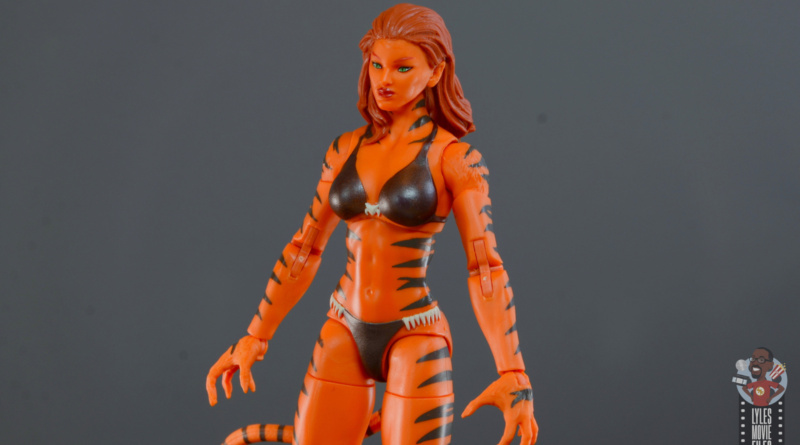 Maybe the third time will be the charm? That’s probably not the most comforting thought with this long-awaited Marvel Legends Tigra update.

Hasbro’s first crack at the West Coast Avengers founding member suffered — like most of Hasbro’s initial Marvel Legends figures — from janky articulation and an uninspired sculpt. Tigra was largely neglected over the years becoming one of the more noticeable older figures on my shelf badly in need of an update.

We finally got one, but there’s enough issues that I’m already wondering how long it’ll be before the definitive Tigra arrives.

Package:  Tigra has the old school Marvel Super-Heroes packaging. It’s a cool looking setup although it seems like a ton of wasted plastic for the oversized cardback.

Her bio is very basic and is definitely a case where you needed to be familiar with Tigra’s backstory as the bio isn’t helpful at all. 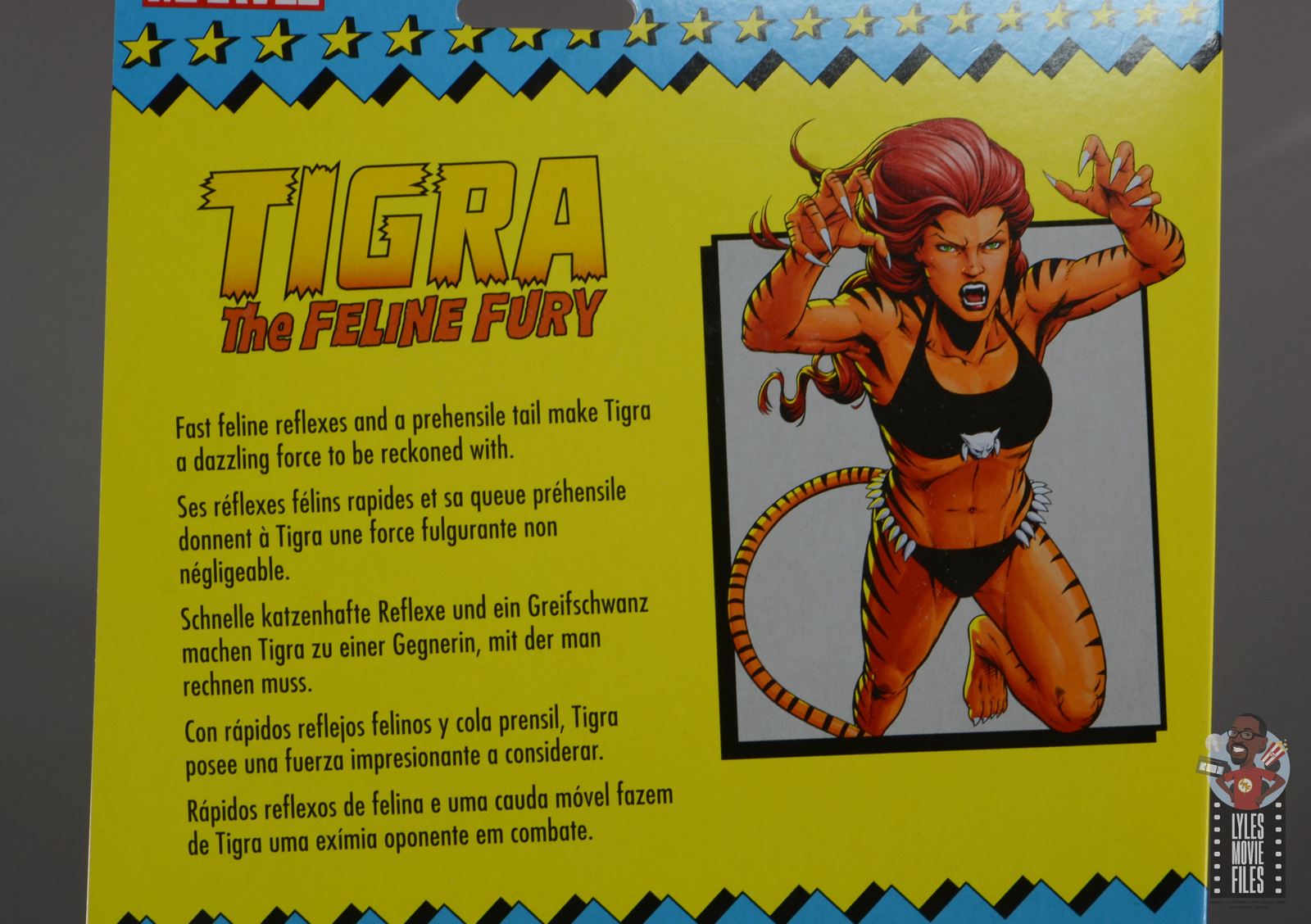 Likeness: Tigra’s head sculpt looks good. I really like the work to give her eyes a cat-like appearance. Her hair is kinda throwing me off though as Tigra tended to be drawn with higher hair that flowed wider around her hair and at times going down to her waist. 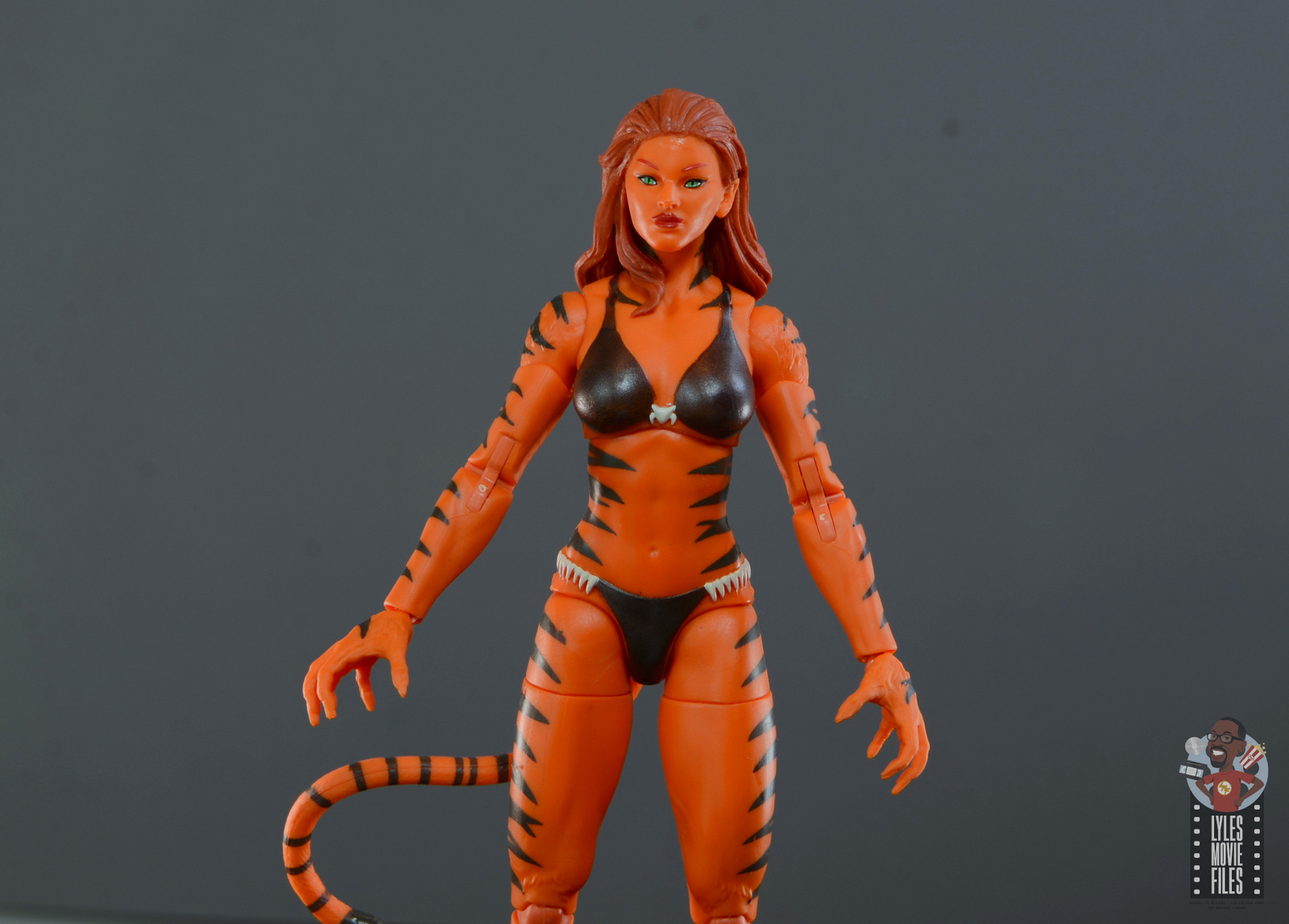 Hasbro sculptors weirdly seem shy at time in sculpting female figures’ breasts. Tigra’s original figure was fine in this regard, but the update handles her chest via paint. It looks bad.

I’m not suggesting every figure needs to look like a Playmate, but Tigra has never been portrayed as a board and there’s nothing wrong with an accurate take on a comic character. 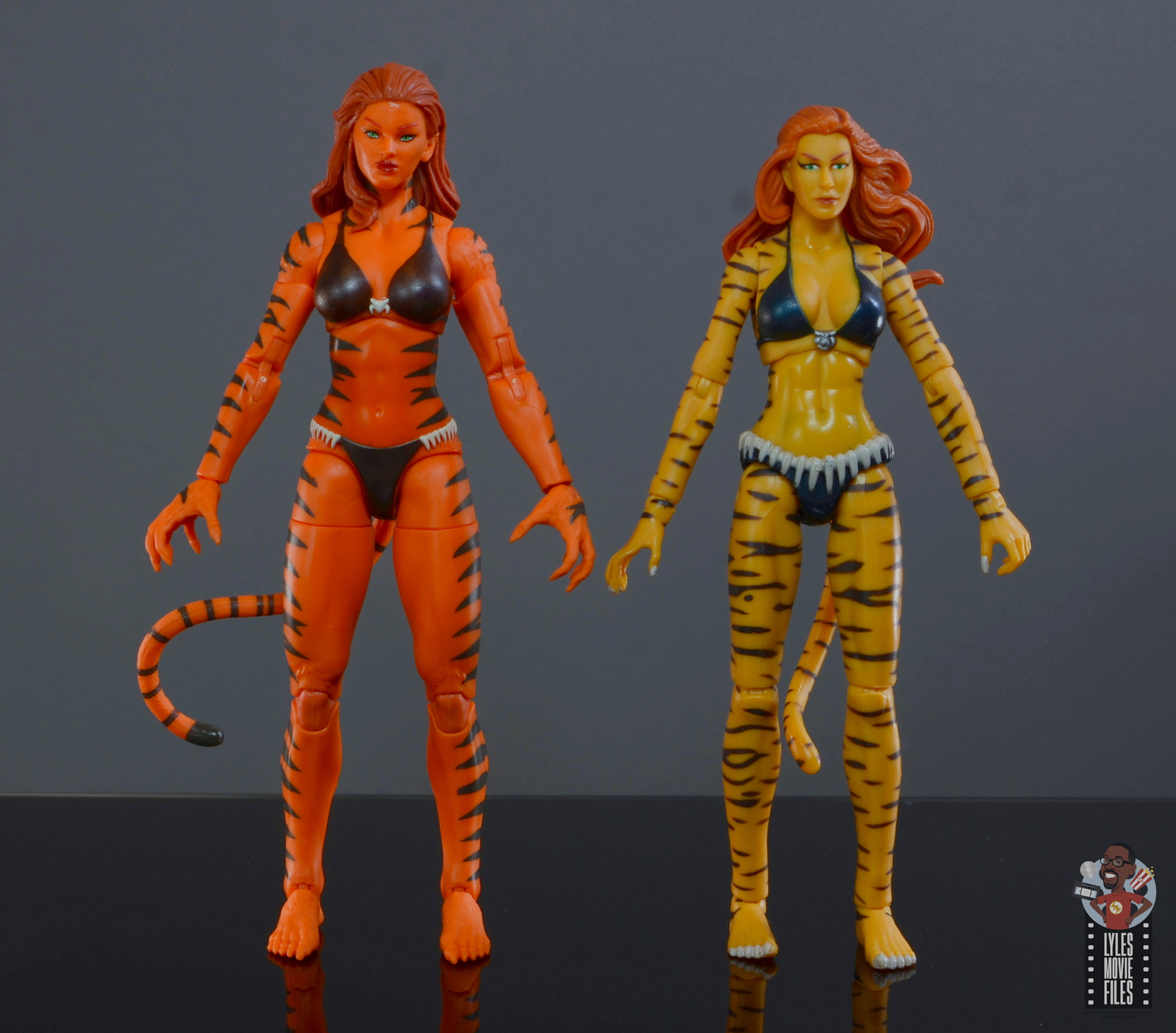 Granted, Hasbro opted to go with the slender Bucky Cap body for the Jim Lee Cyclops, who was always drawn buffer, but there needs to be more consistency on this end.

At least the cat clasp on her bra came out nice. Her bikini bottom with the fang-string came out very nice. There are subtle patches of hair sculpted throughout, which was a nice touch, and the hands and feet reflect her feral nature very well.

Paint: Here’s one of the biggest problems with Tigra. The shade of orange is a nuclear Cheetos hue. 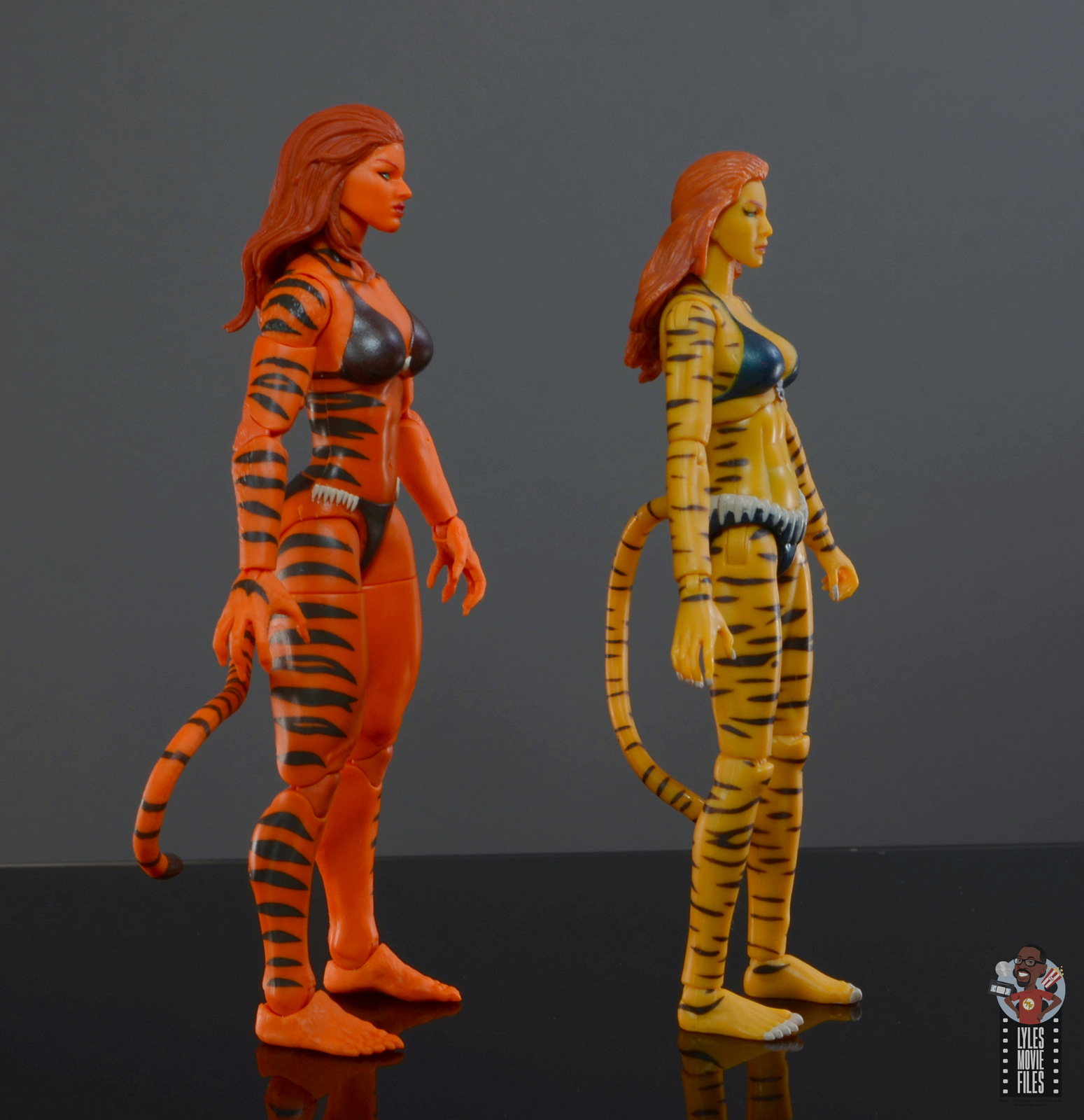 That doesn’t match up at all with how she’s typically portrayed. Again, the older figure actually had that right with the yellow orange skin tone.

Her tiger pattern on her arms and legs should appear on both sides, not just the outside. The older figure had that right and it’s weird that Hasbro made so many botches with the updated version when the vintage version had the base elements down correctly. 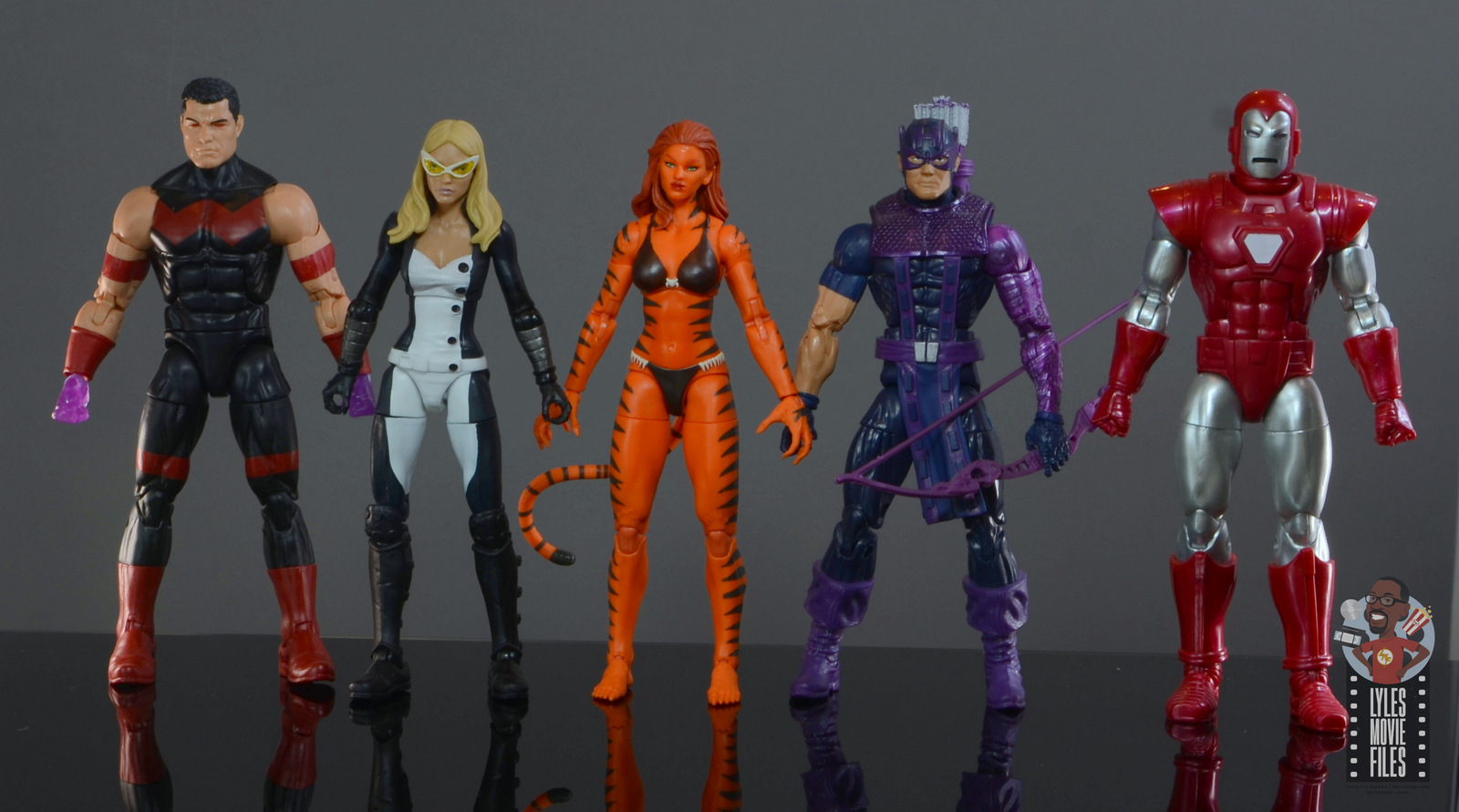 Scale:  Tigra was drawn about the same height as her male counterparts. Some of that height came from her hair, but she definitely was taller than teammates like The Wasp. 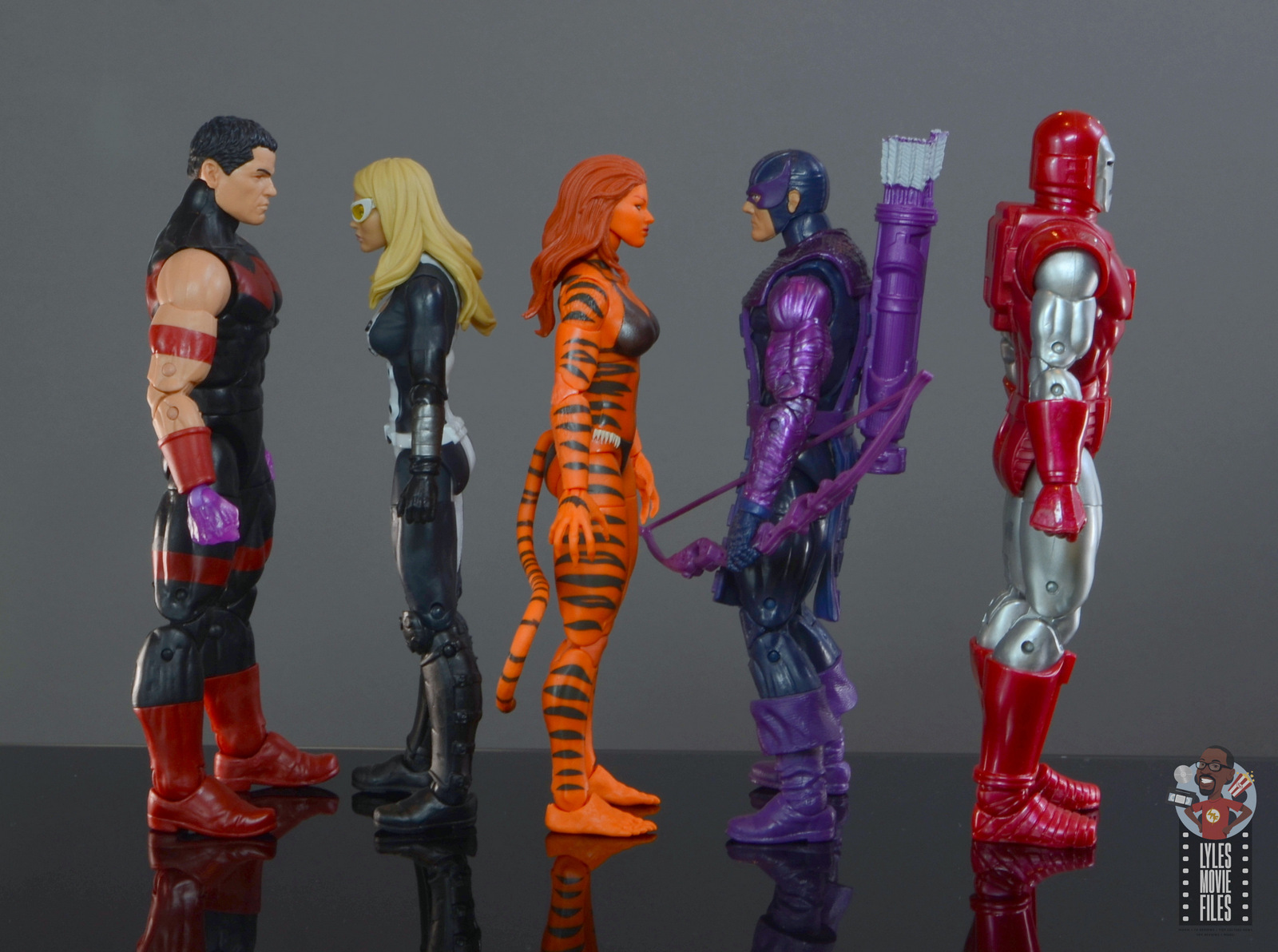 Articulation:  Tigra actually is the rare female figure that sports bicep and double-jointed articulation. Since she tends to attack more from crouching positions, those are essential. 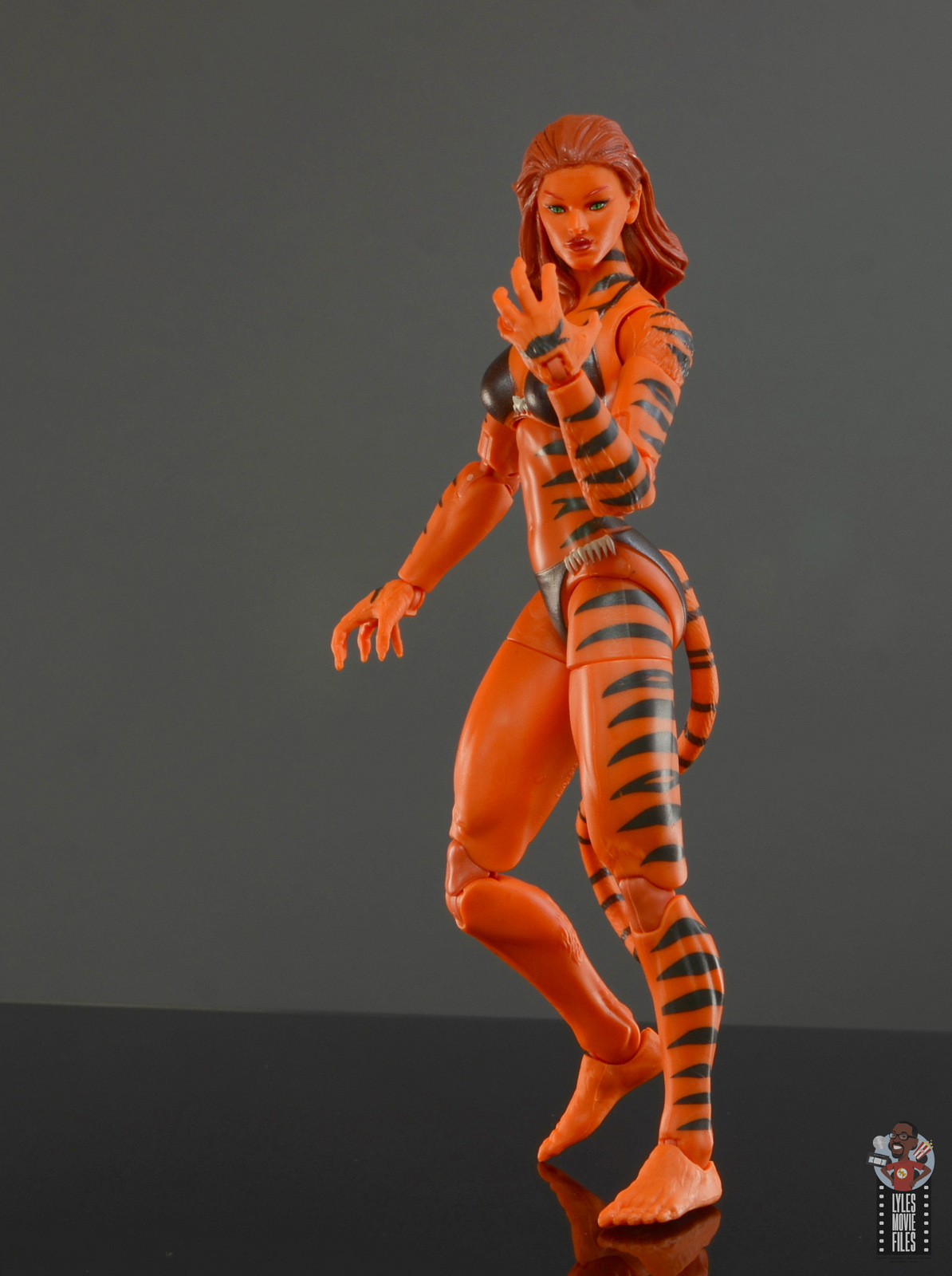 Her torso joint allows for more range than normal and that adds to another level of dynamic posing for her. 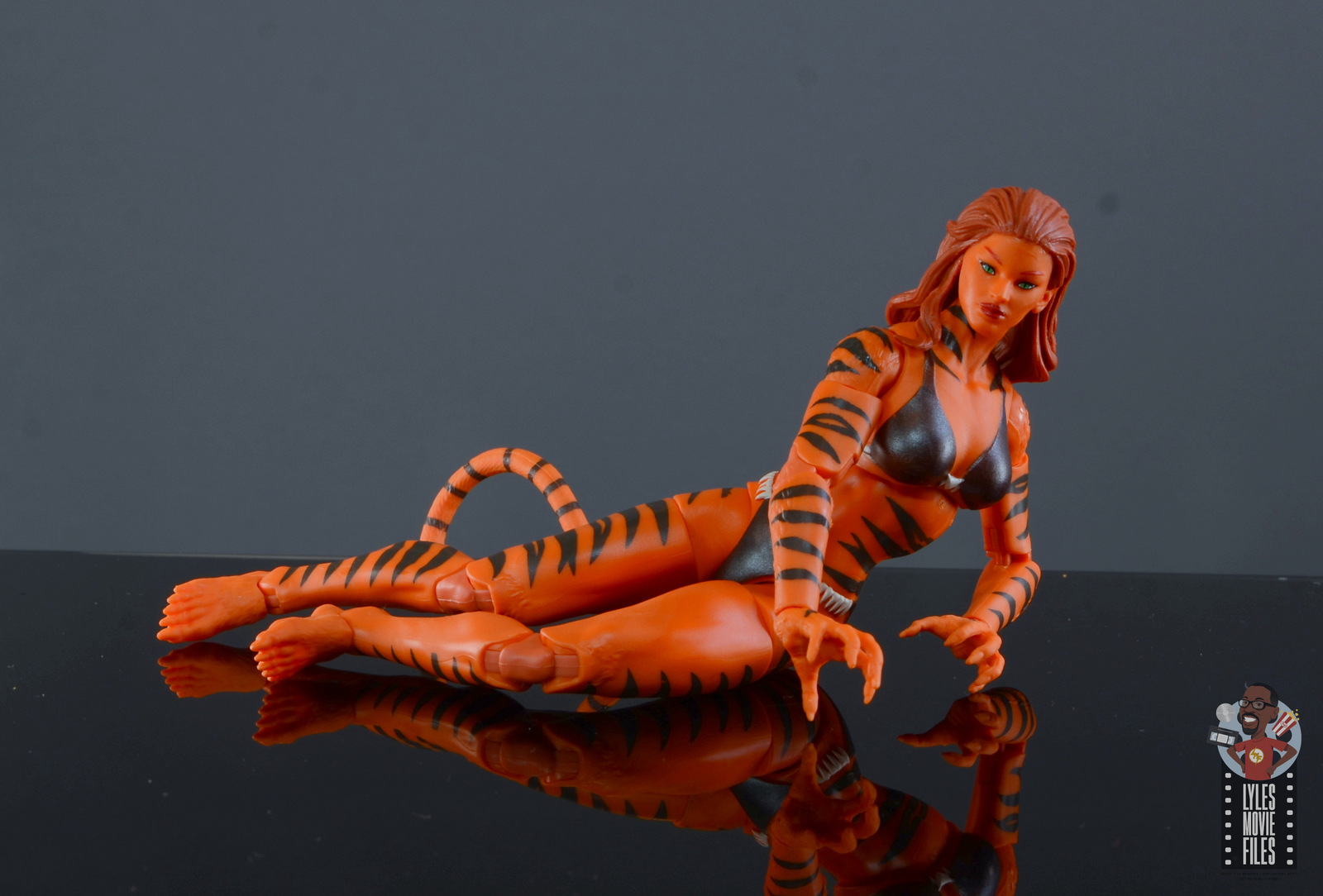 The only real thing lacking is deeper cuts on her hip joints so she could hit better crouching poses, which holds her back just a little. 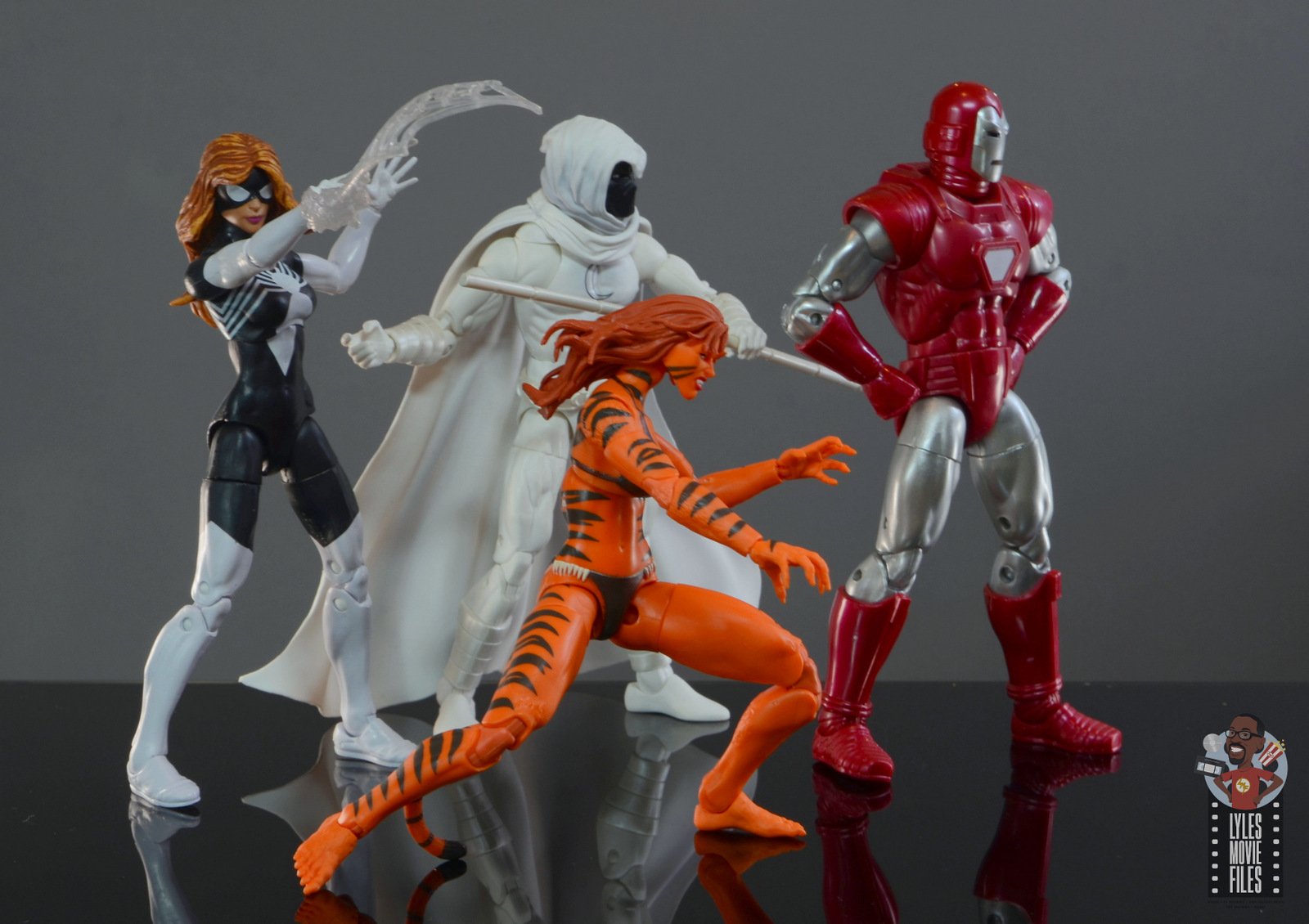 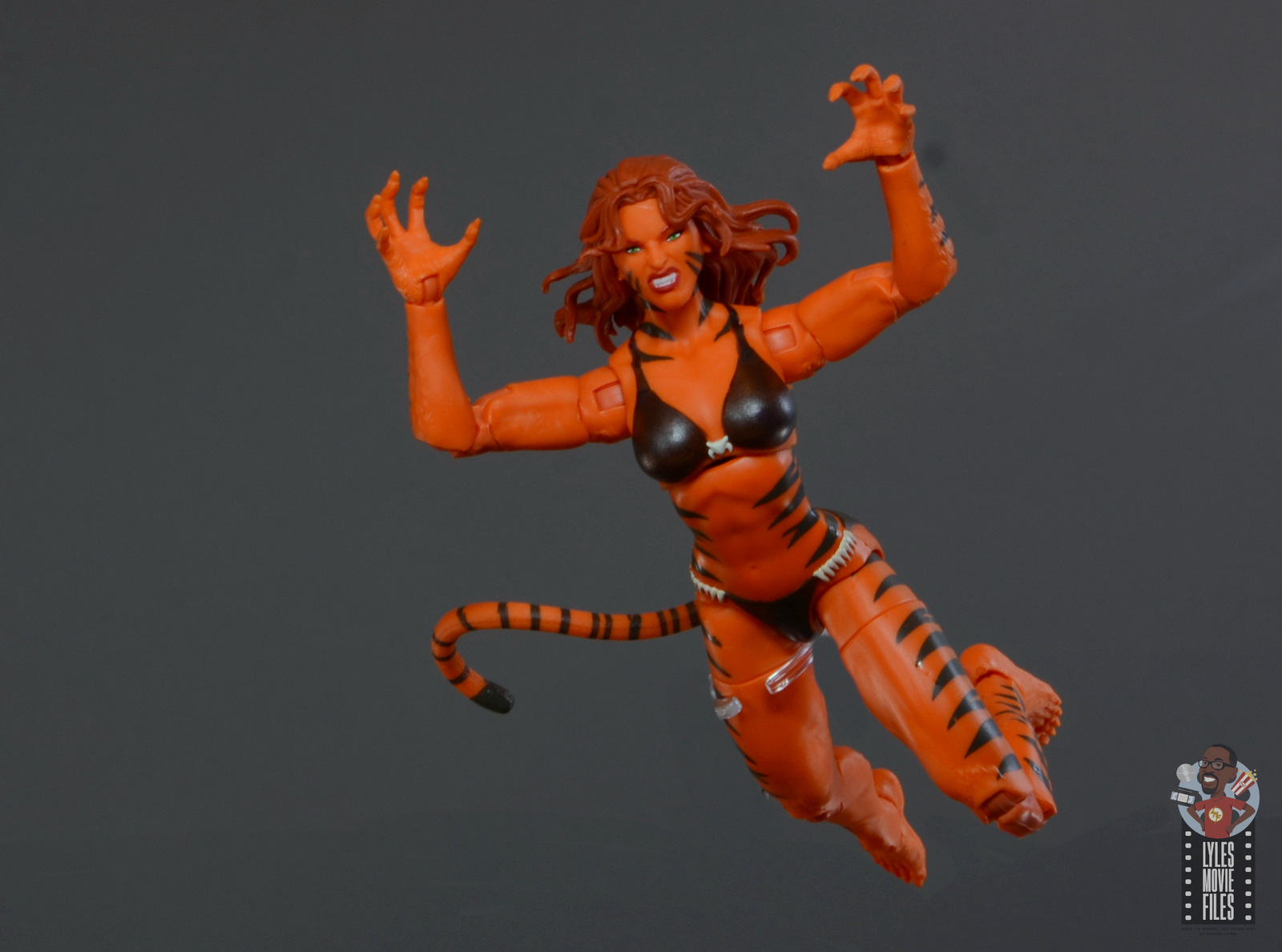 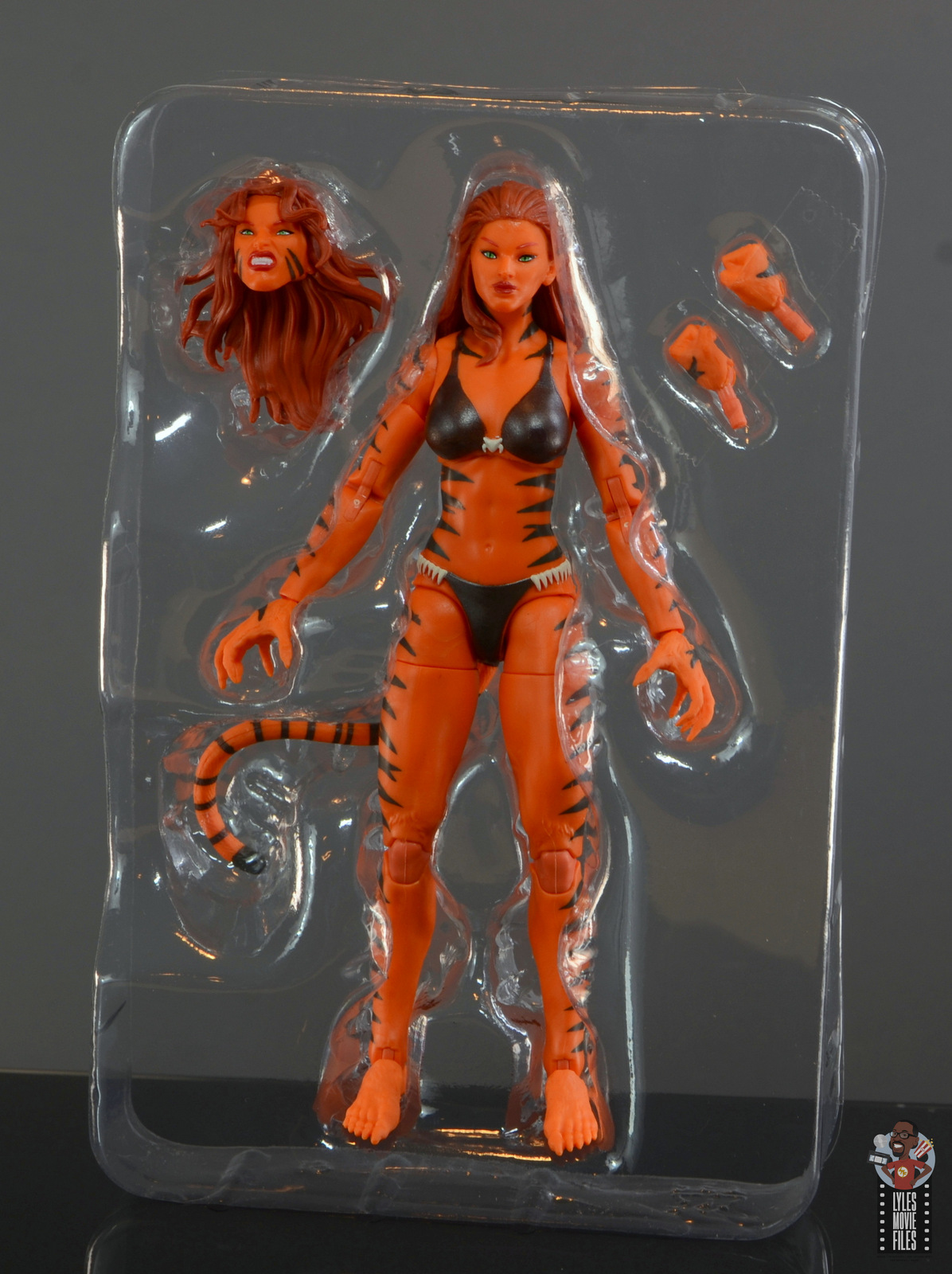 I really like this one as it’s more in line with what I envision with her. The gritted teeth expression works in this case. And the hair is fuller with the bangs Tigra frequently had in the 80s are intact as well. 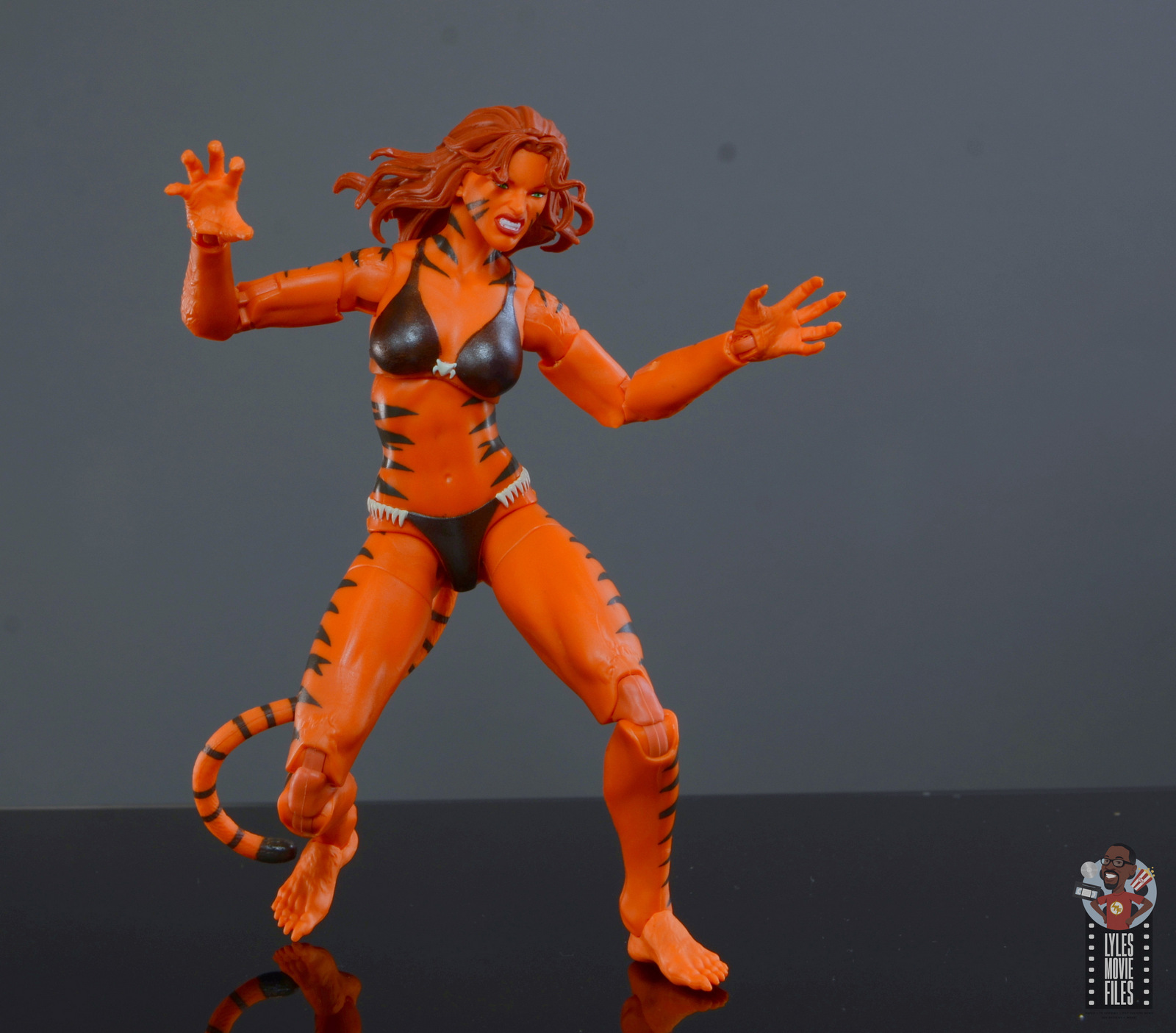 Seemingly now as usual, Hasbro is mixing up elements of modern and classic figures so Tigra’s modern cheek stripes. I’ll need to figure out how to remove them.

Additionally, she’s got swappable fists. Tigra is better suited for the claw hands, but I appreciate the option to mix it up. 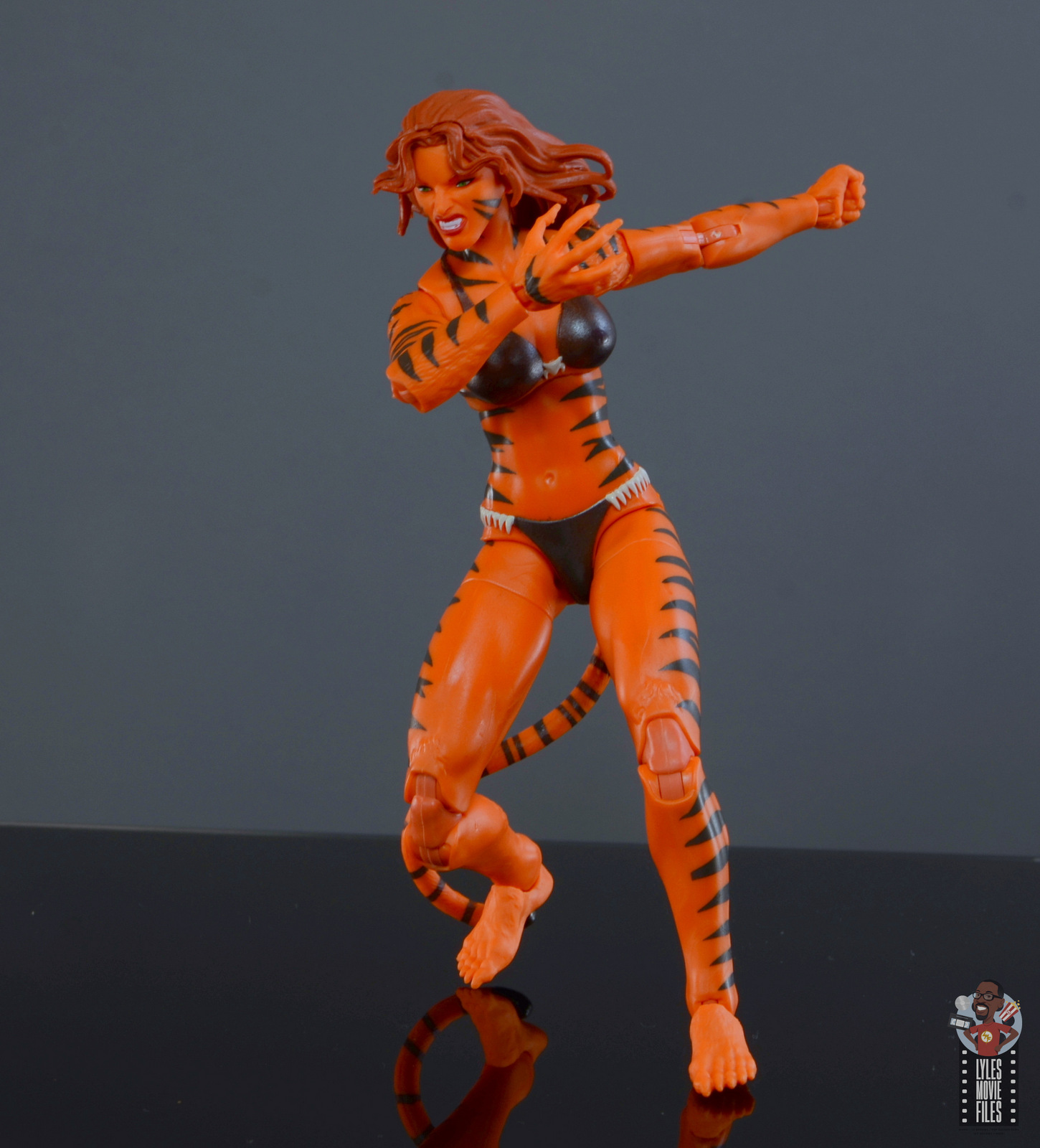 Worth it?  Tigra is an online/retailer exclusive, but that didn’t affect her costs. She’s still the standard retail price of $22.99. That’s not a great deal considering the lack of accessories to offset the loss of a Build-A-Figure part.

The articulation really helps Tigra stand out. I wish the head/hair sculpt were better and the colors were more accurate. I’m already anticipating a superior version later, which will be frustrating. 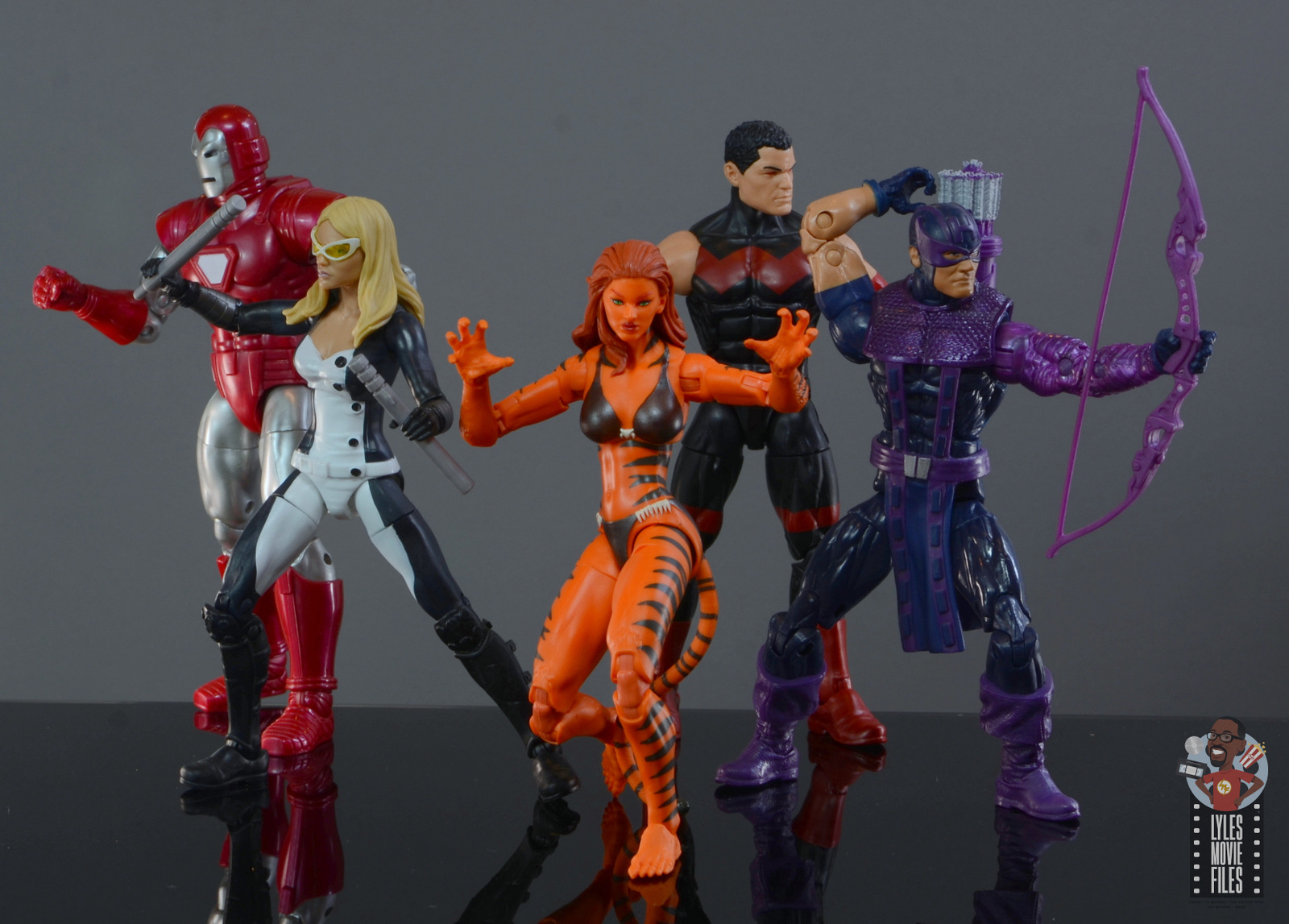 Where to get it?  Tigra is still available at Entertainment Earth.

As an Entertainment Earth Associate, I earn from qualifying purchases.