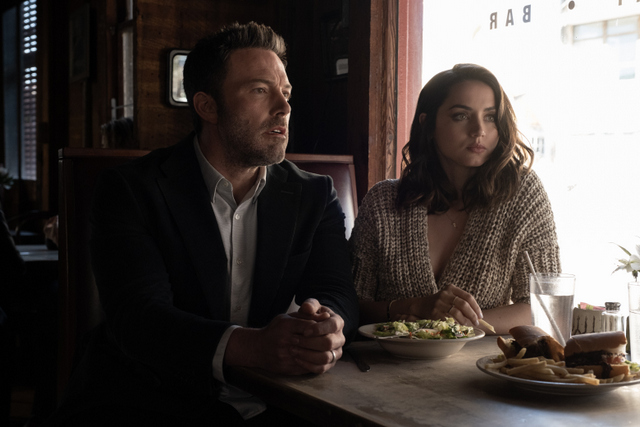 Vic’s wife, Melinda (Ana de Armas, No Time to Die), might be a little too fun loving. Melinda’s got a constant stream of guy friends she seems too comfortable with and doesn’t care what anyone thinks.

It’s clearly an embarrassing situation for Vic, who casually dismisses the blatant infidelities among their friends. Still, it’s not all bad for Vic as he gets to spend plenty of quality time with their precocious daughter, Trixie (Grace Jenkins). And occasionally when things are going well, Melinda even lets Vic sleep in her bed. 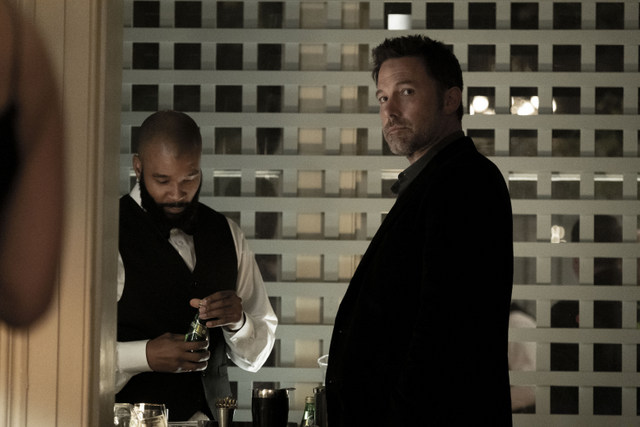 Affleck isn’t a stranger to this kind of role. His performance in Gone Girl echoes many of the same notes. That role required more nuisance and had more layers. In the wrong actor’s hands, Vic could have come off too emasculated and weak. Affleck gives Vic enough of a mysteriously menacing undertone where it’s easy to envision he could snap at any moment.

de Armas delivers exactly what the role needs with her portrayal of Melinda — an intoxicating and occasionally cruel drug that Vic can’t quit. Just when it seems like Vic has reached his limits, Melinda seductively reminds him why he’s been so enamored with her. This clearly isn’t the healthiest of relationships, but they can live with it. 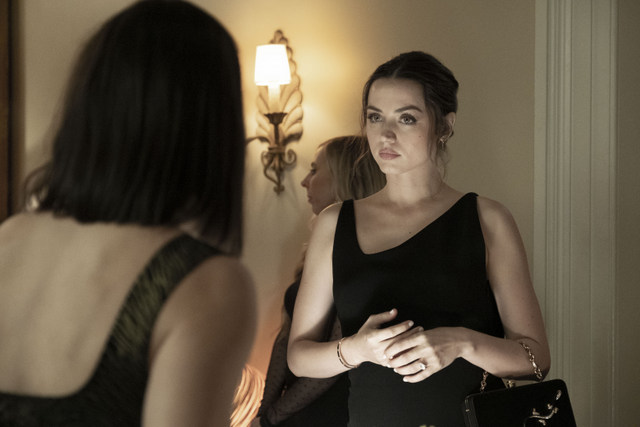 As Melinda starts showing less discretion with her affairs, Vic feels less inclined to share his wife. Whether that’s making lighthearted threats to a holdover boyfriend or stalking a new flame, Vic is taking a more proactive approach.

When some of Melinda’s boytoys go missing, Vic becomes a likely and only obvious suspect.

Director Adrian Lyne (Fatal Attraction, Indecent Proposal) stretches that reveal out too long. Lyne repeats the cycle of Melinda bringing a new guy around, Vic confirming they’re sleeping together, and the guy disappears.

It’s a case of diminishing returns and Affleck and de Armas can’t do enough to make that formula work over the course of two hours. 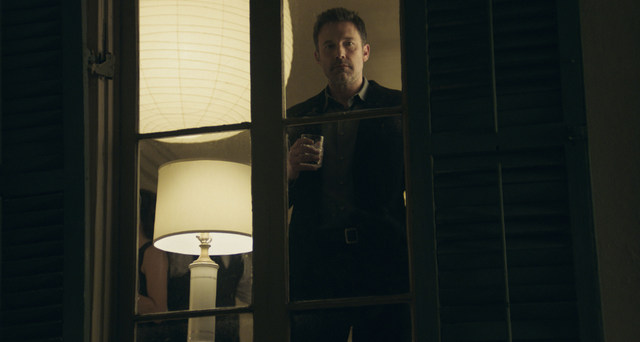 By the time the answer is revealed if Vic is innocent or a killer, the moment has passed. Any intrigue or suspense had been squandered 90 minutes ago.

Screenwriters Sam Levinson and Zach Helm adapt Patricia Highsmith’s 1957 novel but fail to properly modernize it. Just a line or two from Vic or Melinda explaining why divorce is not an option was desperately needed. Instead, they just stay miserable with occasional moments of intense and raw sex.

Helm and Levinson add in details that might have been meaningful in the novel, but don’t work well in a movie’s flow. Vic’s fascination with snails gets more screen time than his bond with their circle of friends. 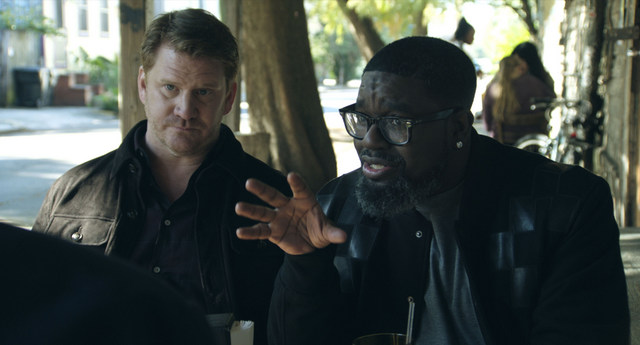 With supporting players like Lil Rel Howery, Devyn A. Tyler, Dash Mihok and Rachel Blanchard, that felt like a missed opportunity.

Tracy Letts (Lady Bird) plays Don, another throwback feeling character that’s written more as a nuisance than a threat to Vic’s secrets. Don is an aspiring screenwriter, but he could have been more substantial as a reporter turned blogger. 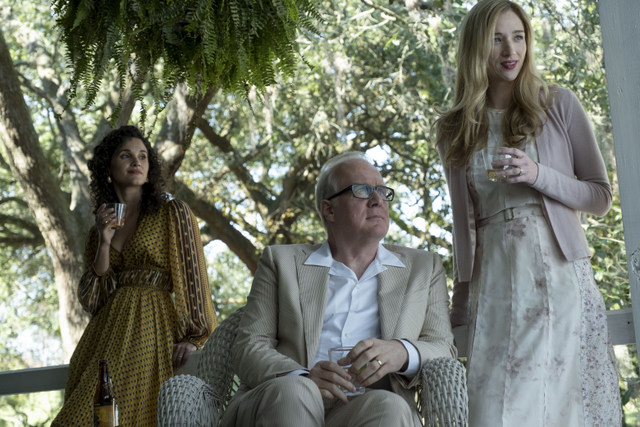 Determining if Vic actually is a killer would have given Don a stronger role than glaring suspiciously.

It also felt weird how the film painted Vic more sympathetic than Melinda. This is where updating the script by Vic forcing her to stay with him to avoid paying a prenup for example would be useful. Vic then could be painted more manipulative while helping to explain Melinda’s cruel actions. 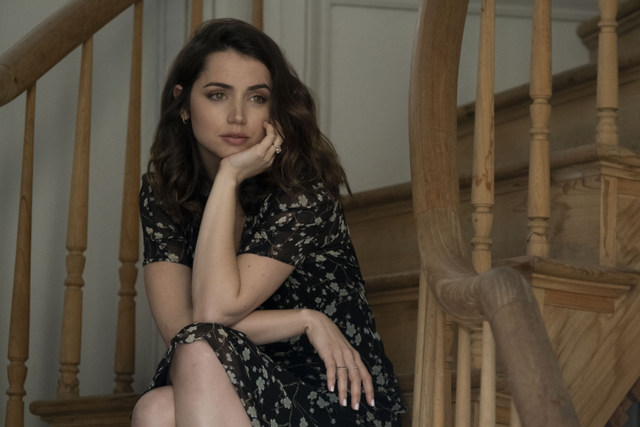 The final act veers into ridiculous melodramatic territory. There are some clever updates to the novel’s ending although it’s hard to say if it led to what should reasonably be called a happy ending.