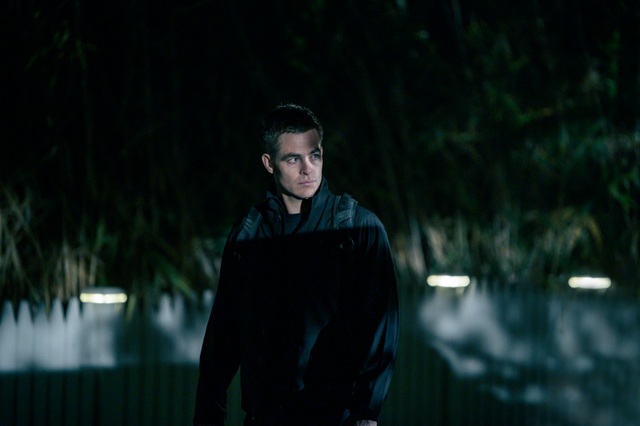 In another 15 to 20 years, someone will need to fill Neeson’s role in the rugged action thriller genre. Pine certainly makes a case with this performance that goes against his typical role.

As James Harper, Pine dials down his usual charisma on full display with his disarming smile and swagger. Harper is a Green Beret soldier trying to get back to active duty after a catastrophic knee injury. When basic physical therapy fails, Harper gets a little assistance from steroids resulting in an honorable discharge without his pension and benefits. 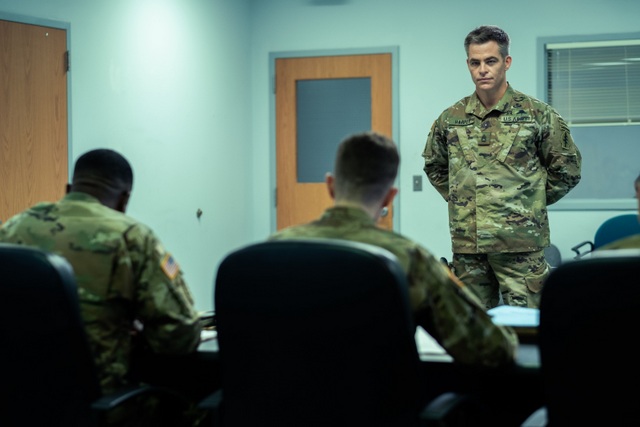 With bill collectors hounding his wife, Brianne (Gillian Jacobs, Invincible), Harper is getting desperate for options. Although he enjoys spending time with their son, Harper still feels the call to serve his country. Too much idle time left to think of their time on the battlefield hasn’t been kind to many of Harper’s peers. He’s grown accustomed to attending too many funeral services of fellow soldiers who couldn’t adjust to civilian life and killed themselves.

Running out of viable ideas, Harper encounters his pal, Mike Denton (Ben Foster), who he served with for many years. Pine and Foster easily slip back into the strong chemistry they established from previously partnering on Hell or High Water. While not playing bothers in this film, the bond between Harper and Denton is just about as close. 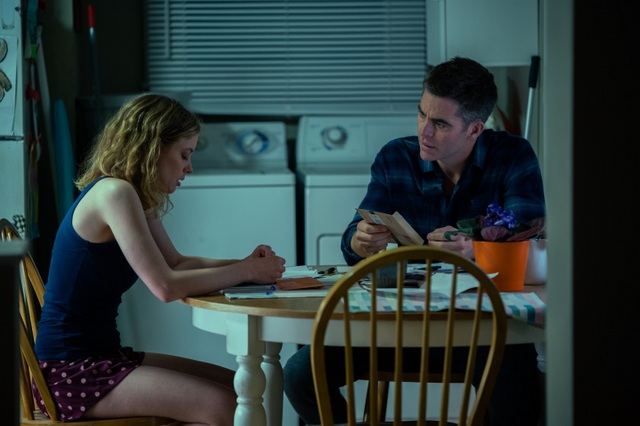 Denton cues Harper into signing on with a private military contractor run by another former soldier, Rusty (Kiefer Sutherland, 24). Rusty is impressed with Haper’s credentials and has him join Denton on the latest assignment in Berlin. They’re to observe Salim Mohsin (Fares Fare), a virology professor with potential links to Al-Qaeda.

Rusty assures Harper it’s a cake job and the huge payday settles any lingering concerns for Harper. Of course, the smooth operation quickly unravels. Harper and Denton’s team is decimated, and they find themselves hunted by Berlin authorities.  Realizing the only means of survival is to split up, Harper and Denton arrange to rendezvous at a safe house.

When Denton doesn’t show up, Harper starts thinking he placed his trust in Rusty too quickly and now has to rely on his skills and instincts to return home safely.

Director Tarik Saleh (The Nile Hilton Incident) takes a very methodical approach to building his film. It almost feels too slow at times given the long stretches without dialogue, but the first half provides necessary context to Harper’s mindset. Saleh allows the viewer to color in more details and backstory to Harper while offering the essential elements. 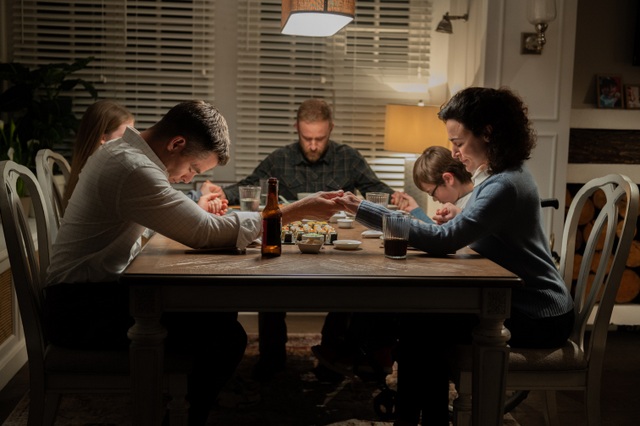 Pine’s piercing blue eyes are typically showcased to convey his dashing leading man presence. For The Contractor, Saleh focuses on them as the gateways to flashbacks where Harper reflects on his upbringing by his die-hard soldier father. This is the one portion of the film that didn’t quite work.

Screenwriter J.P. Davis wants to draw some parallels to how Harper was raised by his father and how that’s made him the man he is today. Davis is able to get by without a copious amount of dialogue in most instances, but this plot point needed more introspection and discussion from Harper to truly land as intended.

When it’s time for the action sequences, Saleh proves very adept at making shootouts feel like life and death struggles decided in seconds. Saleh brings a more realistic flair to these segments as he doesn’t set Pine up to be a superhero. All of Harper’s strategies make sense in the flow of these fights. When it comes to fisticuffs, Harper gets nearly as bruised and bloodied as his opponents.

Although the second half has more action, Saleh isn’t interested in making The Contractor a brainless shoot ’em up. Action scenes are used to progress the story, not be the story. 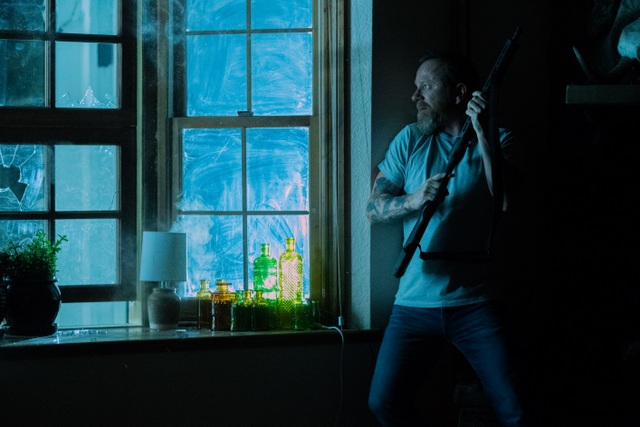 This is where having performers like Pine, Foster and Sutherland pay off. Foster is such a nuanced performer that he can be honorable, sneaky and unreliable all in the same role. The film benefits from the uncertainty of Denton’s loyalties.

Pine plays off Foster incredibly well. There’s one highly charged moment where Pine gives Harper a cathartic release of his emotions in front of Denton. It’s probably the film’s best scene and not a bullet is flying.

The Contractor is a more thoughtful action drama than the norm aided by the Pine/Foster reunion and well-executed realistic fight scenes.

Check out Pine and Foster’s first film, Hell or High Water on Blu Ray in Amazon.

As an Amazon Associate, I earn from qualifying purchase.