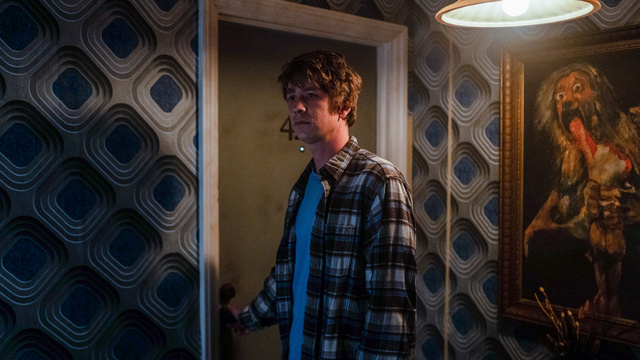 Chariot is a film that mistakes quirkiness and weird scenarios for an intriguing or entertaining experience. Ultimately, it raises several questions only to leave it up to the viewer to piece together the scattered mess of ideas to create their own satisfactory conclusion. This is a case where the investment is definitely not worth the payoff.

It’s an innocent enough dream based on a random day during his childhood, but Harrison can’t help but think there’s something more. 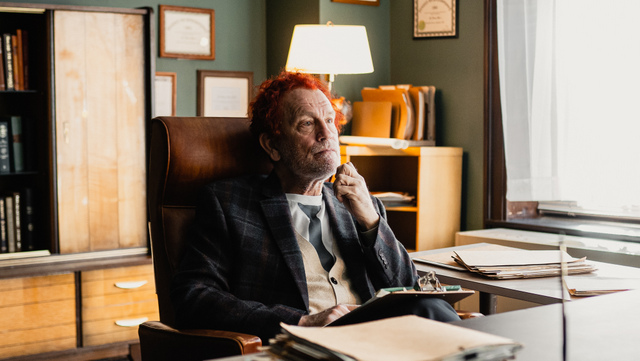 After years of failing to get much insight, Harrison relocates to get assistance from a therapist (John Malkovich, Bird Box). Malkovich goes big on the quirkiness giving his Dr. Karn bright red hair, bows in his hair and a suit and tie T-shirt.

Director/screenwriter Adam Sigal isn’t concerned with offering much backstory and is happy to keep audiences in the dark for most of the films 94- minute run time. The synopsis reveals the reincarnation gimmick, but Sigal never manages to make it interesting or thought-provoking erring on the side of providing enough wackiness to distract viewers. 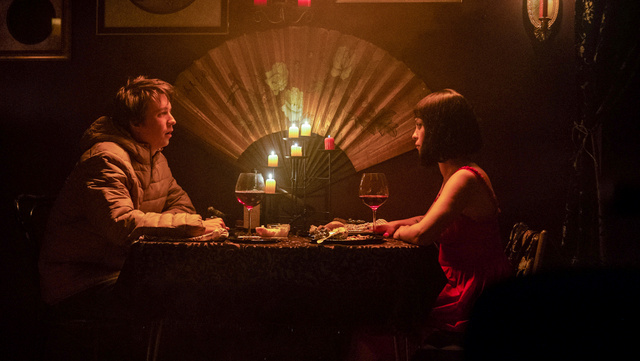 Sigal doesn’t fill in useful tidbits like what Harrison does for work, how he met Karn and why this innocuous dream is causing him so much angst.

In between sessions, Harrison shacks up at an apartment full of eccentric tenants including a woman sharing a body with a 56-year-old man (Scout Taylor-Compton), conjoined twins that don’t get along and a man (former NFL great Vernon Davis), who’s focused on trying to get two nearly extinct turtles to procreate. It’s not a good sign that two side characters are more interesting than Harrison’s arc. 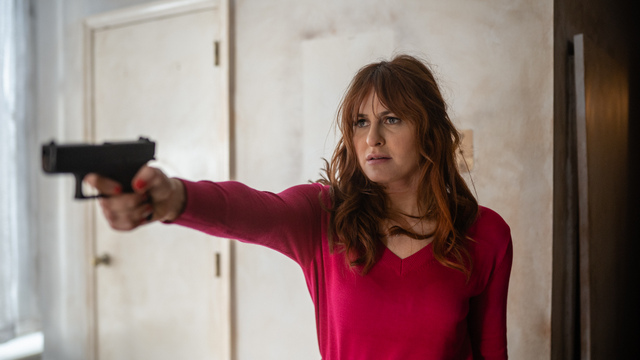 Of all the tenants, Harrison is quickly drawn to the alluring and somewhat flighty tenant Maria (Rosa Salazar, Alita: Battle Angel). Maria is free-spirited and doesn’t seem to take life seriously at all. She’s a refreshing contrast to the constantly confused Harrison. Salazar has the opportunity to do more with her role and is the most engaging performer.

Mann plays the bewildered role fine, but he doesn’t have much to work with in Harrison. 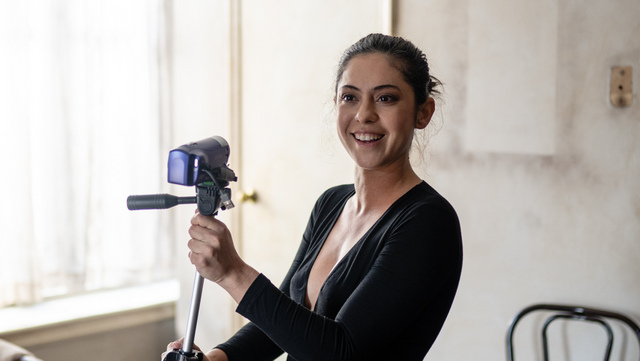 Chariot’s disorientating nature starts off immediately. A prolonged sequence set in 1840 introduces an old cowboy slowly dying who spots a glowing tower in the distance. It feels like that storyline was more compelling than anything in Harrison’s plot. A wacky sequence involving Shane West (Gotham) late in the film only adds to the frustration. 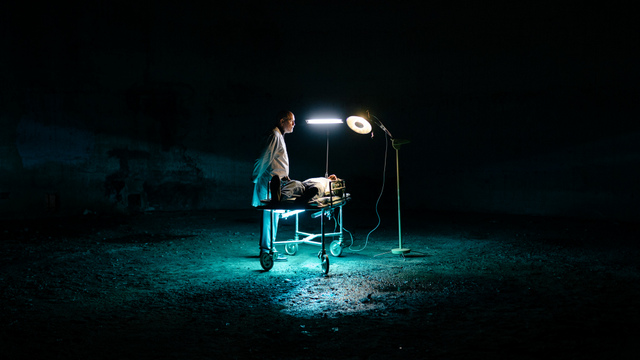 There’s a point where a film of this sci-fi nature needs to start paying off its mysteries. Sigal is fine keeping viewers in the dark right up to the final 10 minutes and even then, the payoff is lackluster.