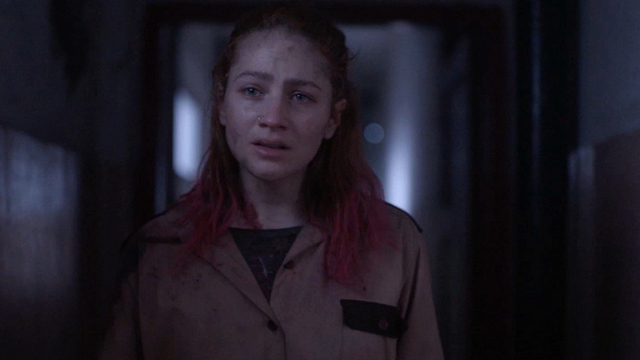 Virus: 32 attempts to breathe new life in the somewhat stale zombie genre with a clever gimmick revolving around 32 seconds.

Free spirited Iris (Paula Silva) doesn’t have much use for responsibilities. She barely has any money, drinks rum for breakfast and rarely shows up on time for work. Iris has even less interest in being a wife to her estranged husband Javi (Franco Rilla) and their daughter Tata.

Forced to take Tata to work as a security guard for a rundown community club, Iris quickly tries to ditch her in order of more entertaining pursuits. Namely getting a good buzz from a stray blunt she had lying around. 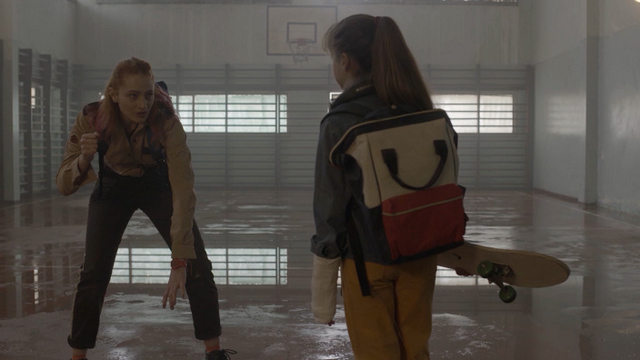 Iris probably wished she’d kept up more with the news as a viral outbreak has run rampant turning regular people into rage-filled zombies. Director Gustavo Hernández takes an arguably too methodical approach in building the tension as Iris doesn’t encounter her first zombie until 20 minutes in.

It was somewhat refreshing watching Iris not immediately turn into a zombie smashing machine. Hernández is able to raise more terror and thrills having Iris try and evade confrontations instead of fighting them head on. 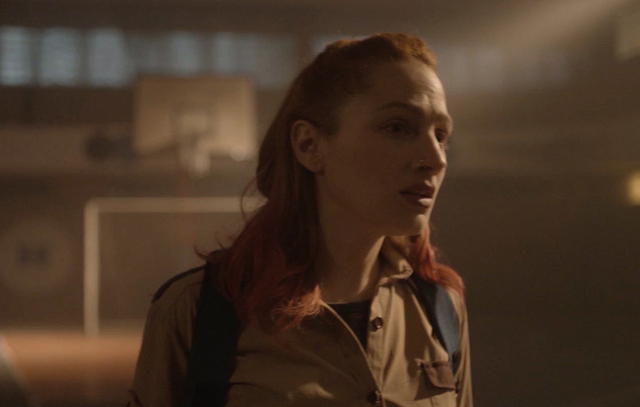 This also sells the drama having the main character frightened under her desk desperately trying to avoid making a sound. And builds to the suspense of Iris trying to get to Tata.

Silva does a solid job of selling Iris’ fear and is even better during the revelation of what’s caused her to be so distant from her family. That gives Iris more depth than main hero trying to survive and offers incentive to root for her redemption.

Through the aid of the surveillance cameras, Iris eventually realizes the zombies attack/kill anyone uninfected and enter a trance-like state for 32 seconds. Is Virus: 32 the first horror film to account for a food coma? Possibly. 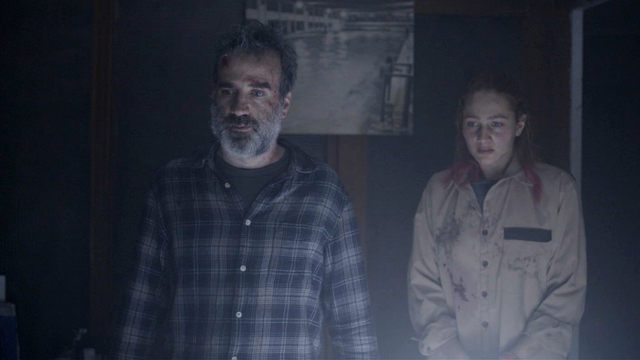 It felt like that development would pay off more especially when Iris discovers a possible escape route out of the center. Seems like a mass drowning would be an effective way to deal with a zombie horde…

Hernández has good horror instincts and how to make viewers uncomfortable. The creature effects look good with convincing blood patterns. At times, he leans too hard on visual tricks and camera pans that telegraph jump scares.

Another unintentionally goofy problem is Iris having her own zombie boss she encounters throughout the film. At their base, zombies don’t gain a lot of superpowers so it’s kinda silly for Iris to continually see one she could have easily killed earlier. Again: swimming pool. 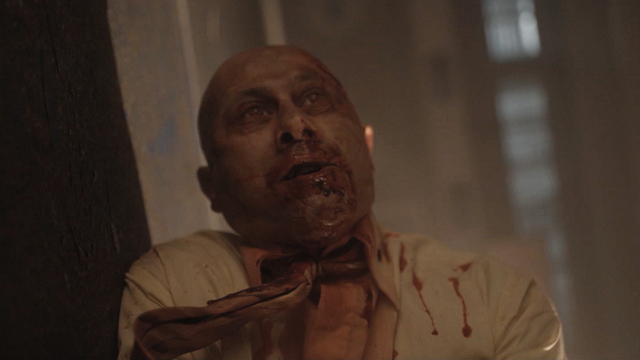 And for a final tricky point with the film — the 32 seconds gimmick. That time frame seems so arbitrary and short. This is very evident in the final act where events occur long after a generously slow 32 seconds.

There’s a nice final twist that is a great gotcha payoff. It wouldn’t be a bad thing for Hernández to revisit this world with a larger budget and timeframe for a zombie time out.