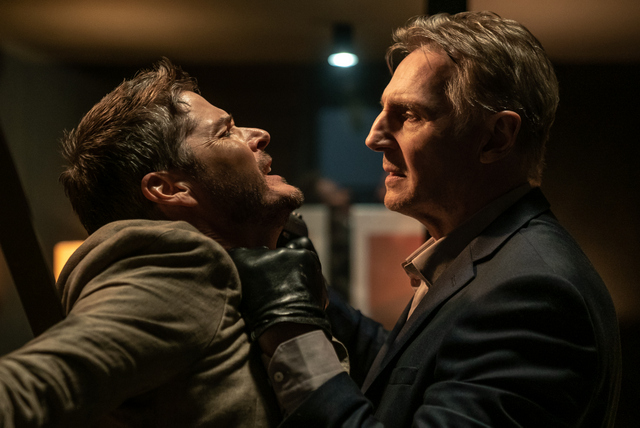 Liam Neeson is in that fascinating stage of his career that every veteran action hero faces. Juicy roles start getting farther and fewer between. Then it becomes a matter of choosing roles that allow for quick bursts of action instead of him being an unstoppable killing machine for 90 minutes.

Memory provides Neeson with a meaty premise that too frequently strays from the mark with needless distractions.

Memory is based on the 2003 Belgian film, The Memory of a Killer.  The outline is largely similar. Neeson plays hitman Alex Lewis staring down Alzheimer’s. The disease has already made a shell of his brother and Alex isn’t sure he wants to face that inevitable fate. 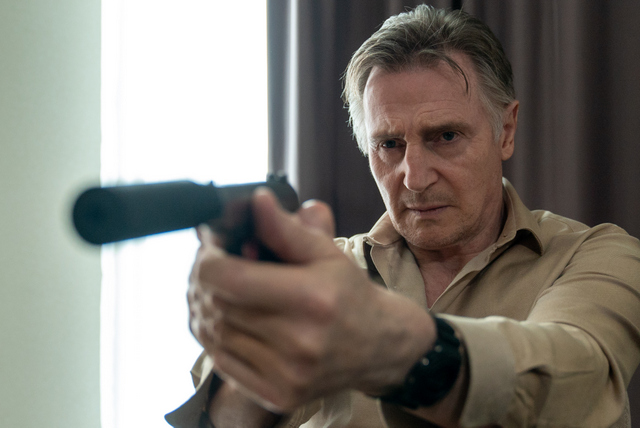 Fulfilling jobs has become more complicated as Alex has to write notes to make sure he’s staying on task. This is less than ideal from a hitman standpoint.

Alex is contracted to take out a mark, who we’re shown is skeevy enough that his murder won’t cause Alex any sleepless nights. But the client also has another target —a young teenage girl forced into sex trafficking. Like Tony Montana, Alex has the honorable hitman code. No children…and presumably women.

This doesn’t sit well with Alex’s client, business mogul Davana Sealman (Monica Belluci, Skyfall) who still needs the job done and a new loose end to tie up. Davana quickly learns crossing a hitman isn’t advisable. Alex starts following the trail of connections and taking them out en route to cutting the head of the snake. 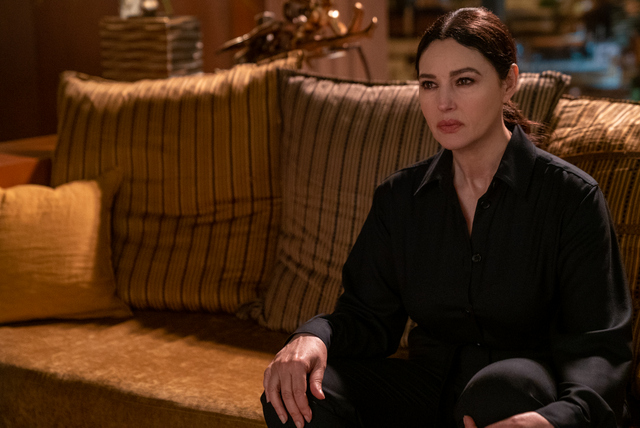 That’s really all Memory need to be as an action film. The Alzheimer’s angle is more than enough to provide a unique spin from other Neeson movies and would have carried a 90-minute film out just fine.

Memory’s biggest issue is it feels like watching two semi-connected films.  In addition to the Alex plot, there’s an entirely different one playing out with Vincent Serra (Guy Pearce, Without Remorse) and his joint US/Mexico task force working on a sex trafficking case.

It’s not hard to see how the two stories intersect, but screenwriter Dario Scardapane (The Punisher) basically opts for an equal share of the film focused on Serra. This isn’t the kind of film that needs two competing main plots.

Serra and his team, Linda (Taj Atwal, The Protégé) and Hugo (Harold Torres) make for an intriguing trio trying to do right despite a system that frequently handcuffs their efforts. 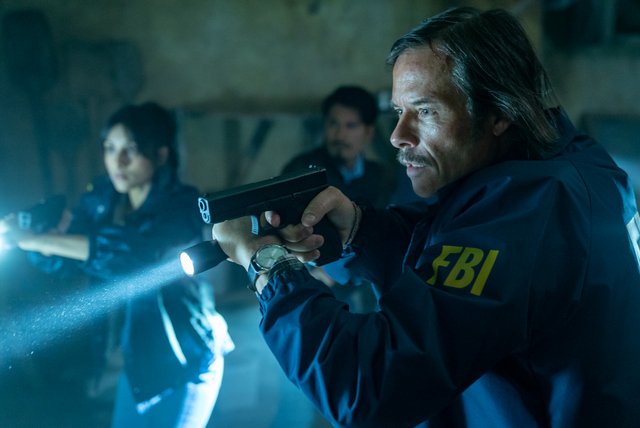 Serra’s supervisor (Ray Fearon, The Protégé) isn’t especially helpful and Det. Danny Mora (Ray Stevenson, Thor: Ragnarok) seems to have a conflict of interest. That has the makings of a fine movie on its own.

There’s some irony in casting Pearce in a film about a guy struggling to trust his memories as Memento was his big breakout role.  Pearce even makes Serra’s questionable mustache and haircut work.

Pairing their efforts with Alex’s more exciting standard revenge flick dilutes the effectiveness of either plot. 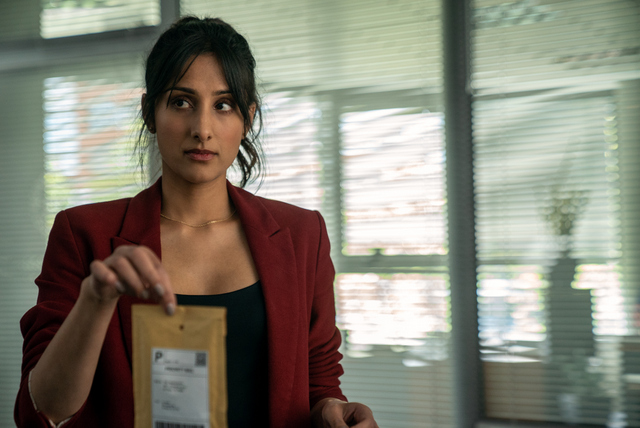 Campbell wisely showcases his star in quick kill scenarios. There are no extended brawls with a lot of back-and-forth action. Alex strikes and typically the conflict is over. Some of the deaths felt gratuitous while others came off as cruel, which is an oddity in this genre.

We get another tease of some intrigue as Serra starts realizing his and Alex’s goals aren’t that far off from one another. Maybe Serra doesn’t mind playing the overly bureaucratic game while Alex takes out the trash… It’s the kind of idea Scardapane throws out without truly caring about paying off. 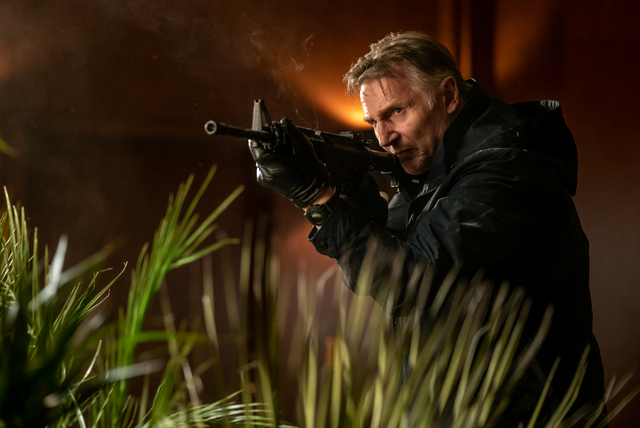 Memory misses its go home mark by about 20 minutes and stumbles through it’s oddly snoozy final act. This is a film you could have on for awhile before remembering you don’t need a distraction and can simply pull up Taken for some fun Neeson action thrills.

Check out The Protege on Blu-Ray now on Amazon.