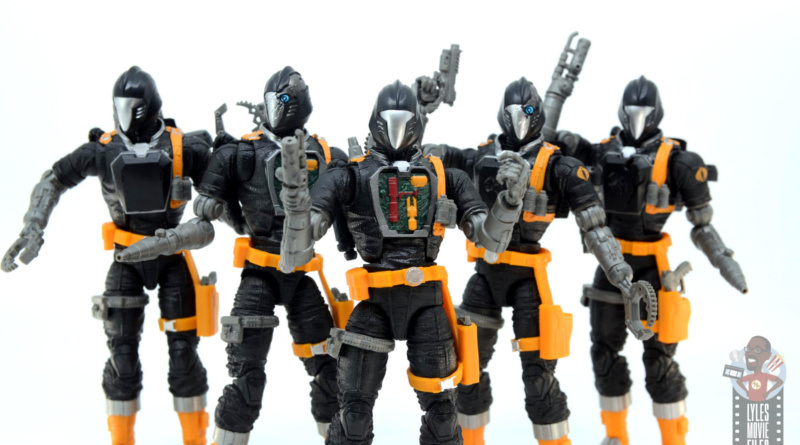 Cobra B.A.T. might have been the pinnacle of the Cobra army builders. They were walking weapons of massive destruction and were robots so the Joes could shoot and blast away at them with reckless abandon. That’s an important element of them in the cartoon.

In the Larry Hama written comics, they were equally significant as their invasion led by Cobra Commander and Destro resulted in The Pit’s destruction. It was just a matter of time before Hasbro rolled them off the assembly line for the GI Joe Classified Series.

Thankfully, we’re at the stage now where Hasbro decided to pivot from making major changes from the Real American Hero designs. Like the Alley Viper, the initial reveals had me excited that Hasbro might have hit another home run in a long stretch of victories for the Classified Series line. Let’s see if it meets my hype.

Package:  The BATs are in the standard packaging setup with the Cobra red accent. The side art is fantastic showing off a heavily-damaged B.A.T. while the main side portion shows another getting constructed.

The B.A.T.s are not intended to be highly proficient on their battlefield, but their stats aren’t terrible as they rank at a two in energy weapons, hand-to-hand combat and sieges. The highest ranking comes in environmental specialist at three.

The bio, which you can read on gijoe.hasbro.com states:

Cobra BATS are relentless humanoid robots developed by Dr. Mindbender. They are equipped with a variety of advanced weapon systems and can adapt instantly to overcome any resistance they encounter. Autonomous and virtually indestructible, these mindless machines of destruction carry out the cold, calculated ambitions of Cobra. 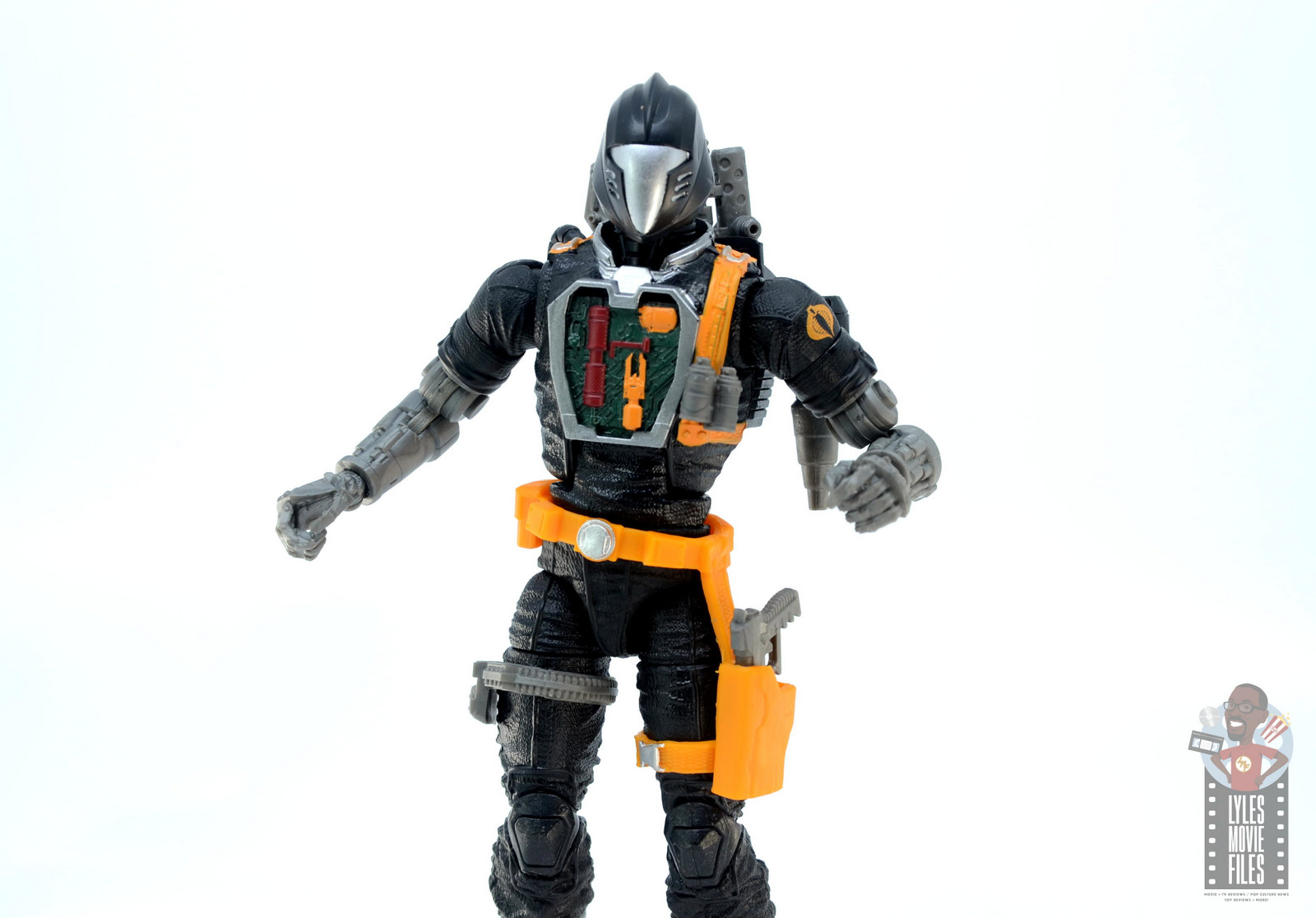 Likeness:  For the record, the changes to the RAH designs in the first few waves of Classified Series weren’t terrible. It’s just the RAH designs (at least through the 1990 wave) are timeless and don’t need a lot of extra bells and whistles. The BAT reflects that newfound re-appreciation of the old designs with more subtle tweaks that enhance from the original take instead of detracting from it.

The head looks great with the fin and faceplate largely unchanged. This version has a little less of the faceplate showing while retaining the T-shape pattern. The helmet piece has more details with grooves and paneling to show more aspects of the construction. 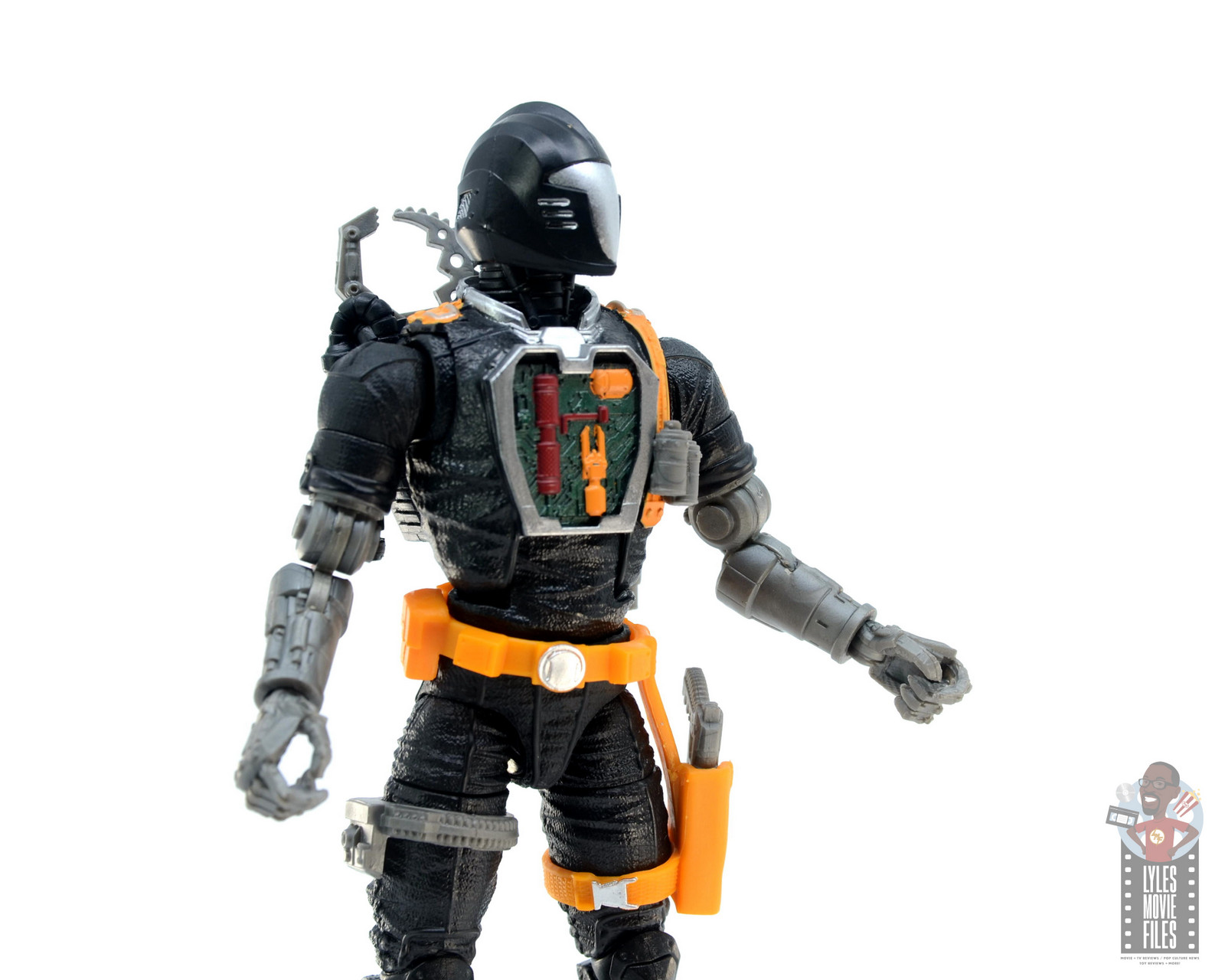 With earlier figures like Duke, Flint and the Viper, Hasbro used a longer rolled up sleeve mold. The B.A.T. actually has a shorter sleeve mold that hopefully will be incorporated into Retro card versions of Duke and Flint in particular. That’s all the better to show off the excellent work on the mechanical arms complete with intricate details like the pistons.

So much of the old design is faithfully replicated here with the shoulder pauldrons and harness with two grenades. The belt buckle with holster and buckles is exact. The right leg strap and pouch is intact, and the boots have the silver cuffs. Hasbro added two silver panels atop the boots, which are a subtle change. 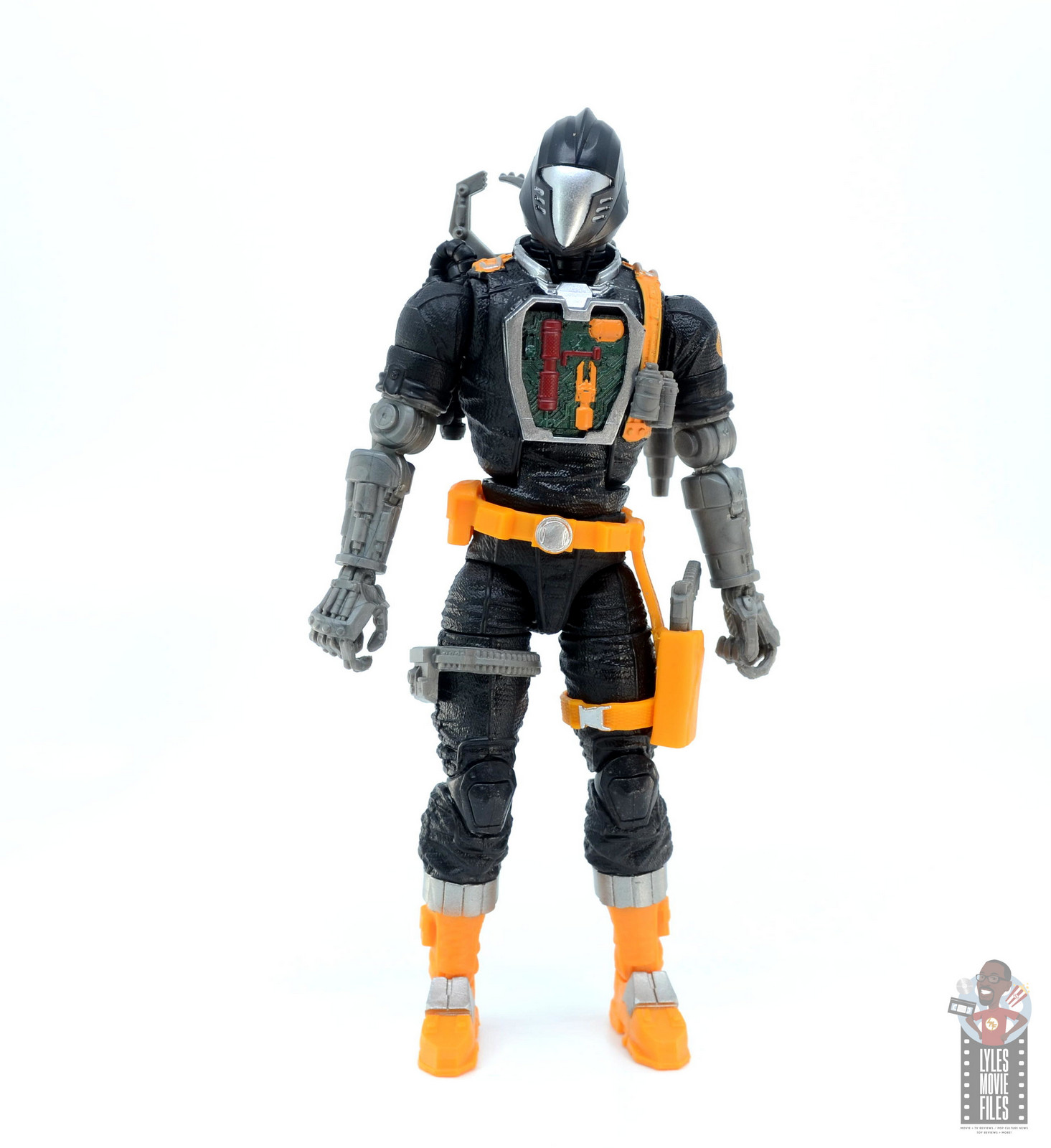 Another change is not having a lenticular 3D cover for the chest plate. Now it’s actually part of the sculpt. In the same window with a pretty similar breakdown of the inner workings of the B.A.T.

It’s hard to do a direct comparison with the 1986 figure and feel like this a letdown. 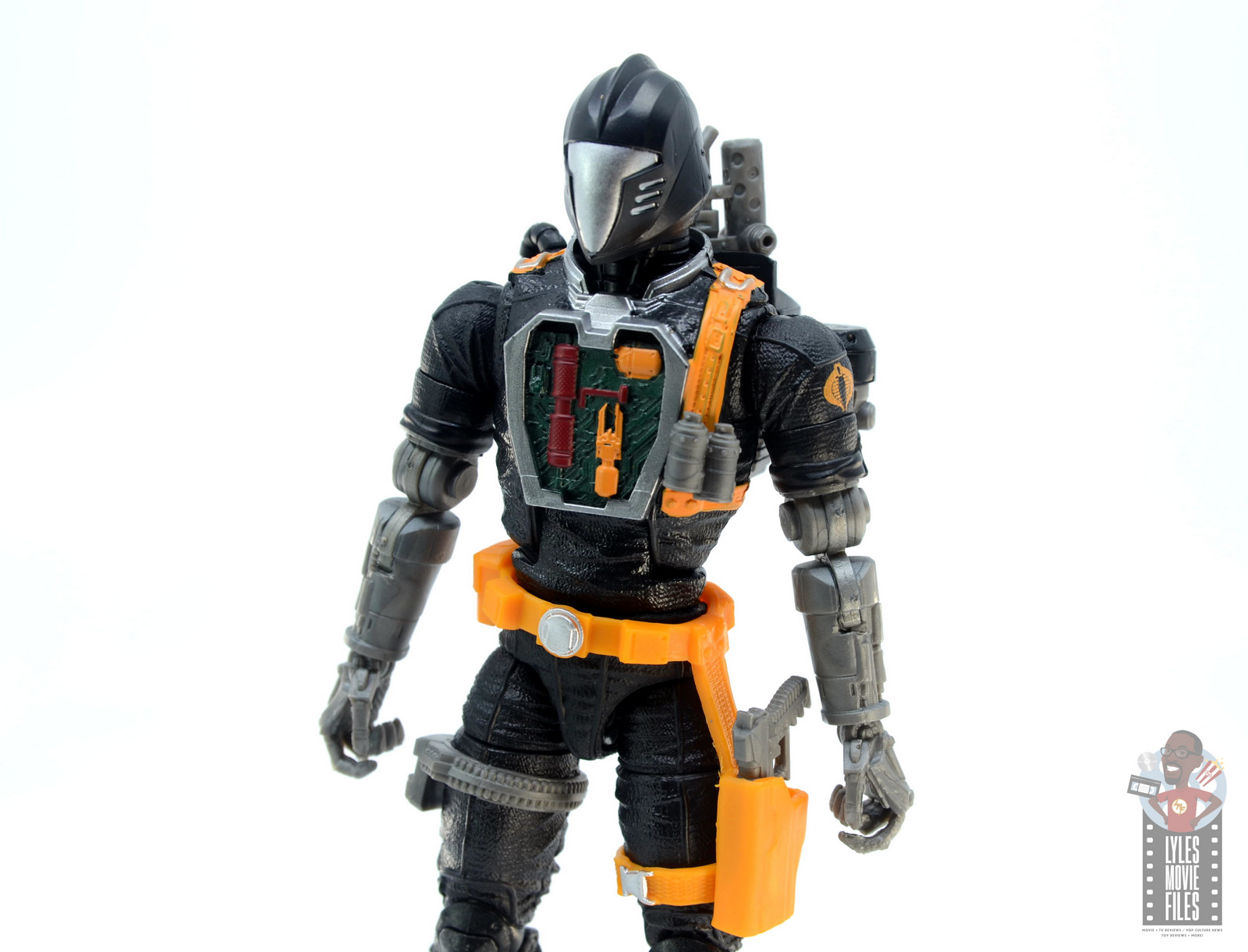 That holds true for the BAT as well with crisp paintwork throughout right down to the silver on the belt buckles and helmet grooves. 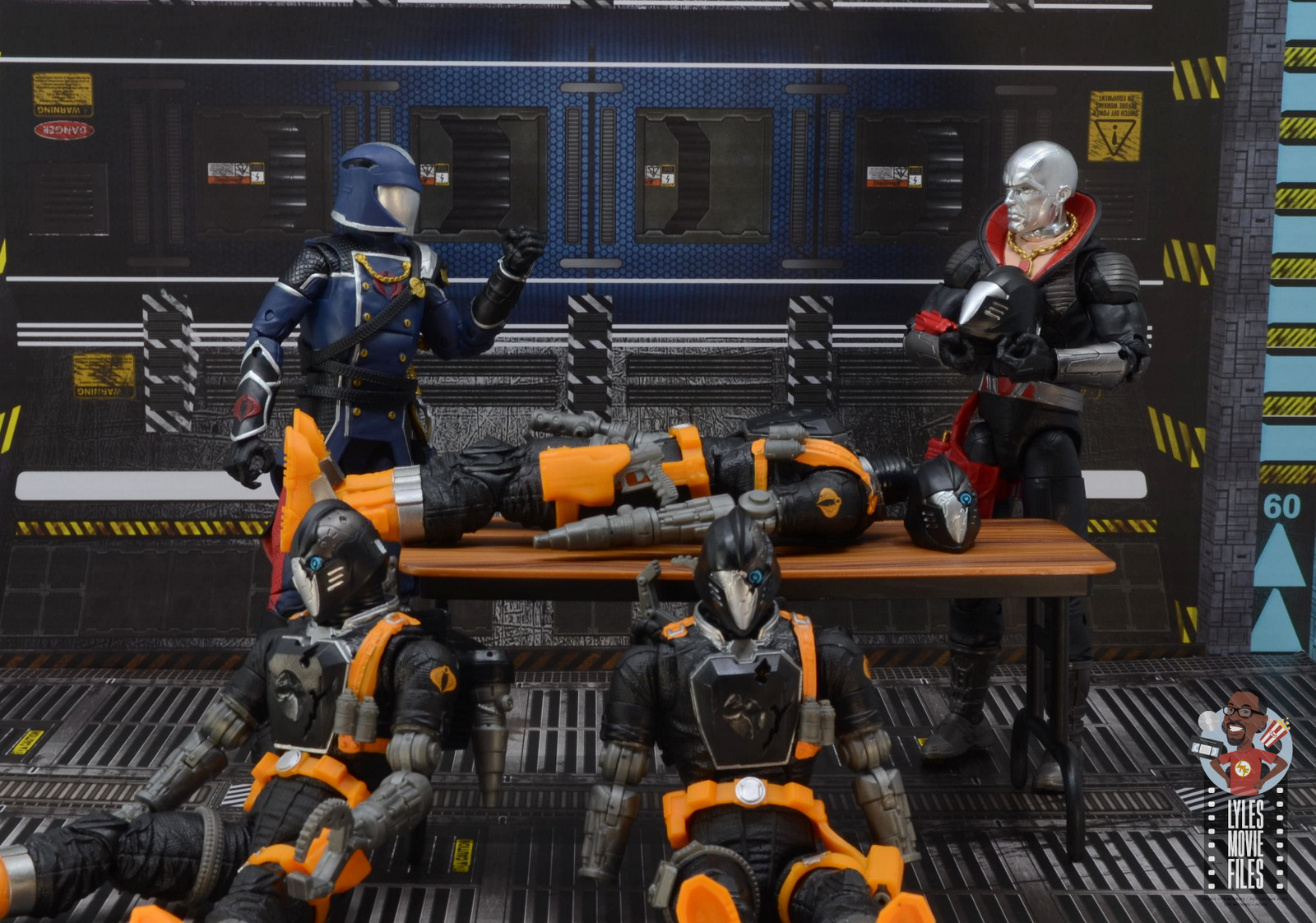 Scale: The B.A.T.s are just a little shorter than Roadblock, which seems about right as Dr. Mindbender would design them taller to be more intimidating. 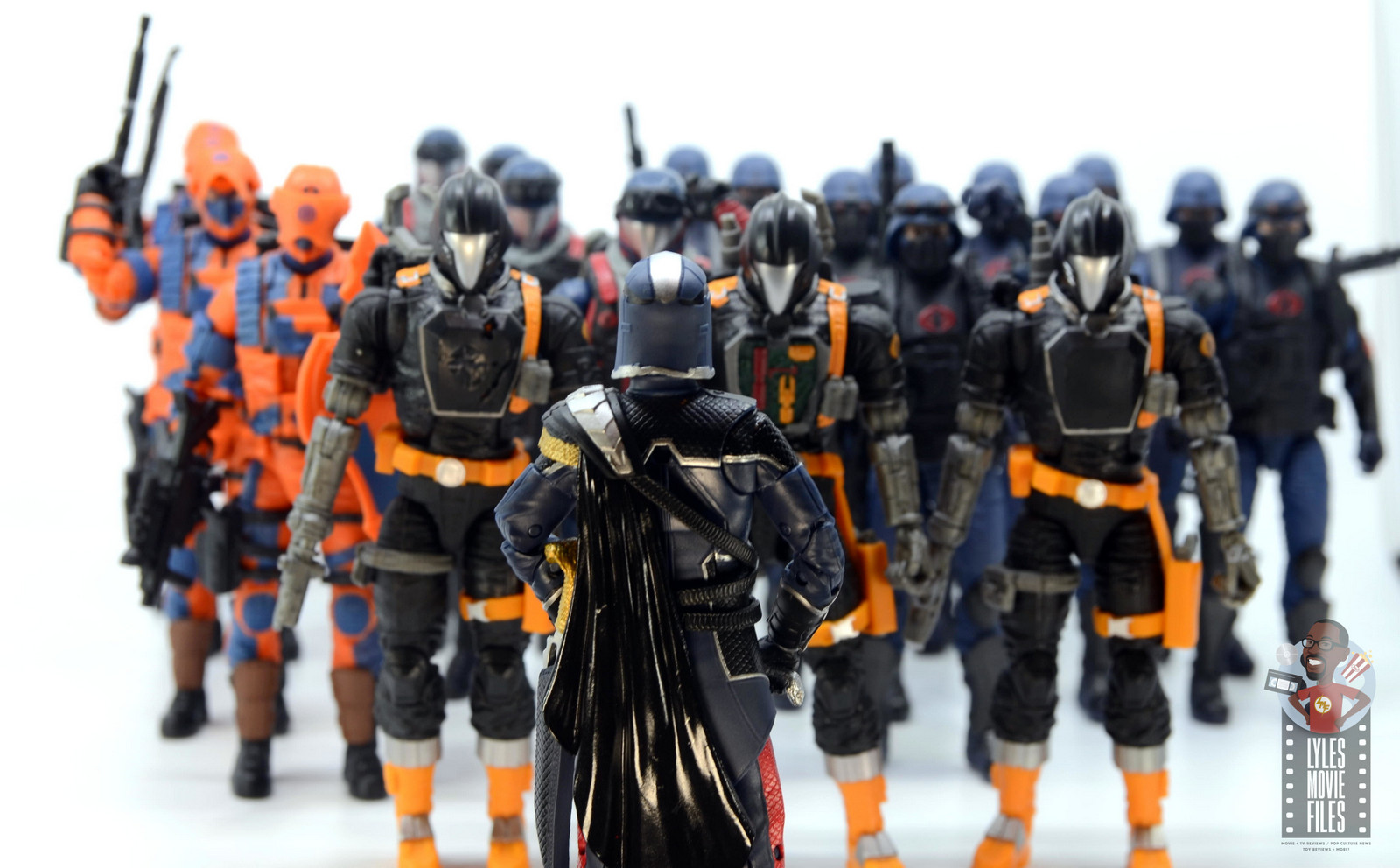 Articulation: This category has rarely been a problem with this line provided a figure didn’t have a big cumbersome flak jacket tying up the torso joint. 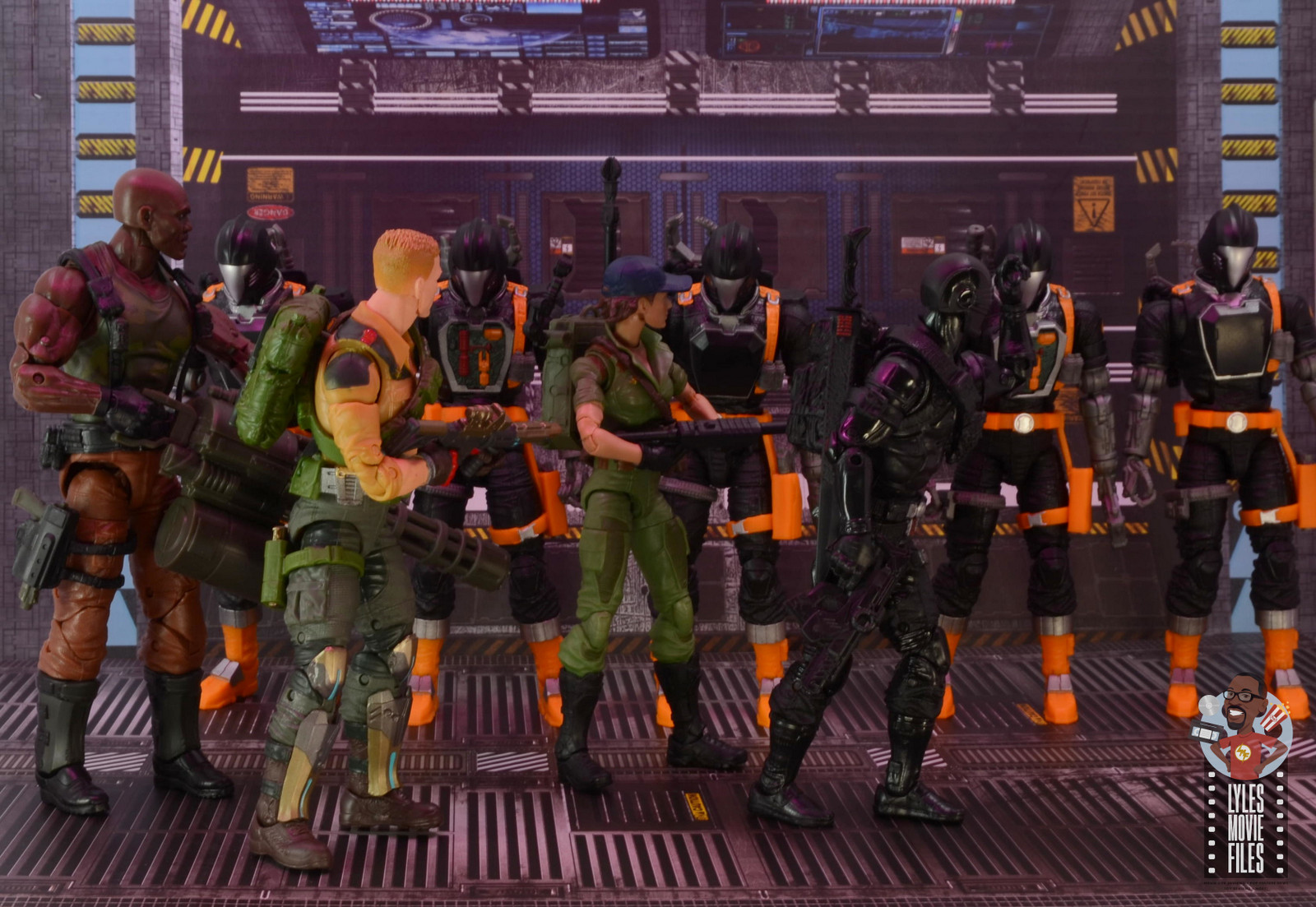 The BATs move with little issue and can hold a number of poses very easily. 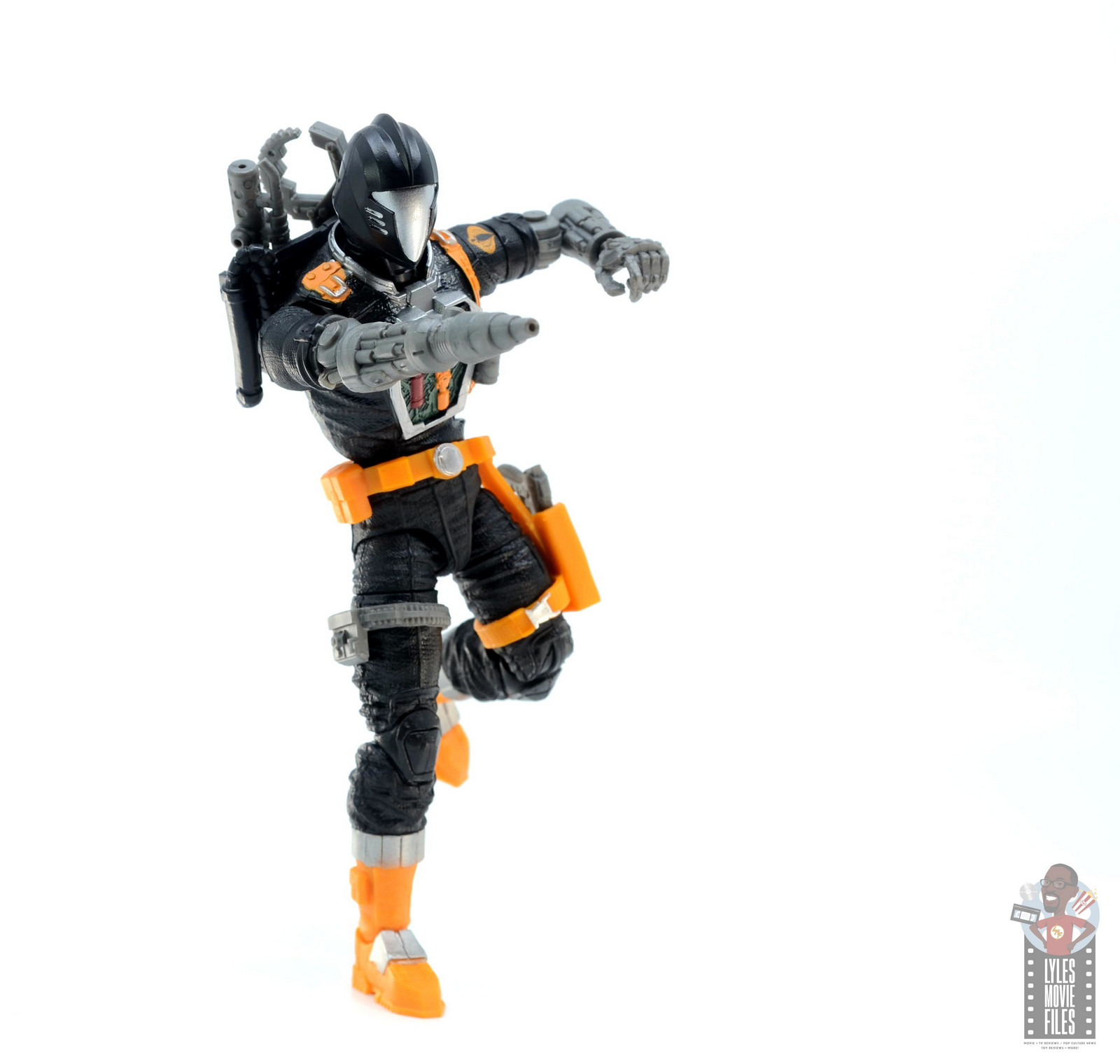 My figures might have had stiffer joints than usual, but I’m not going to complain about that since floppy joints remain the worst. 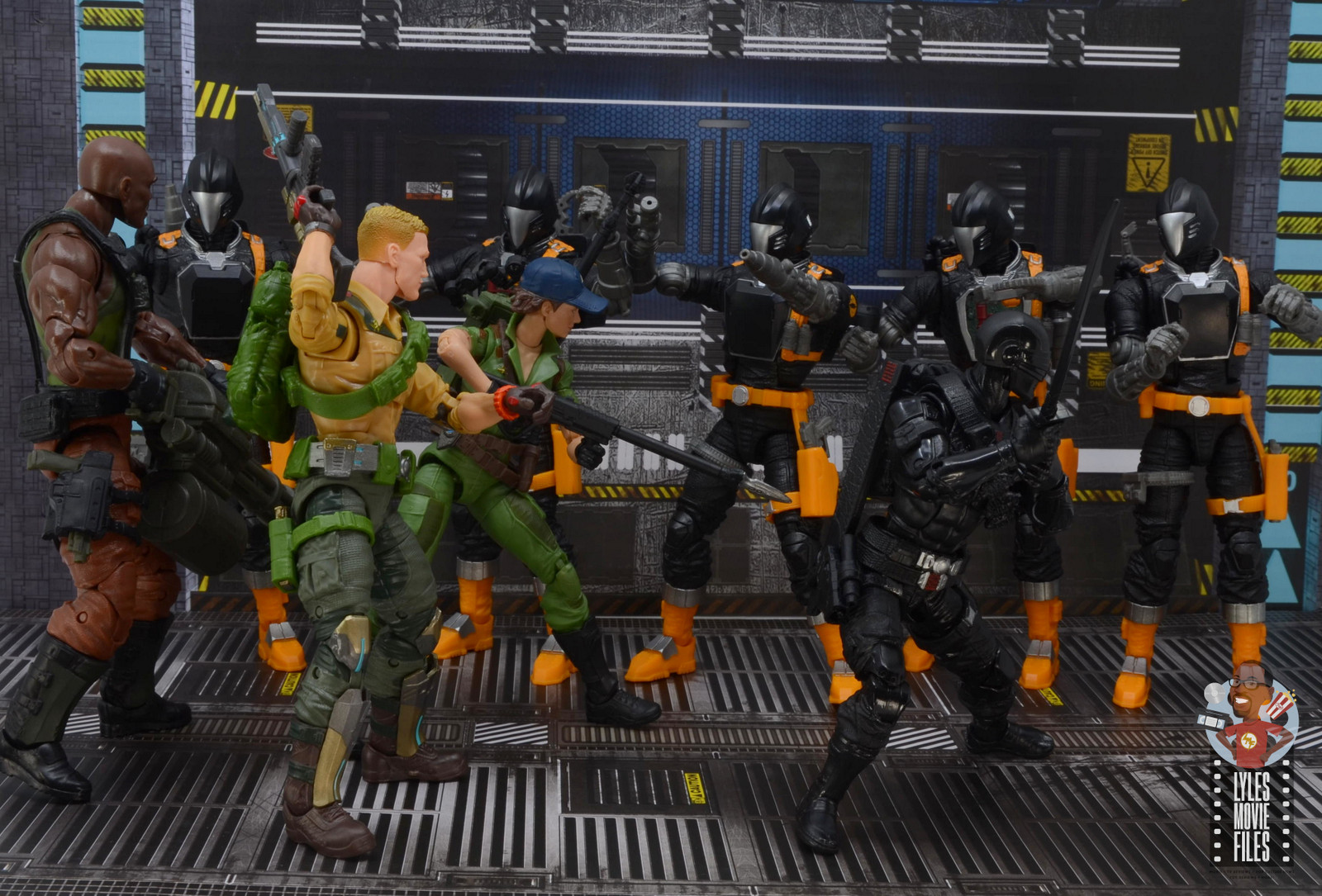 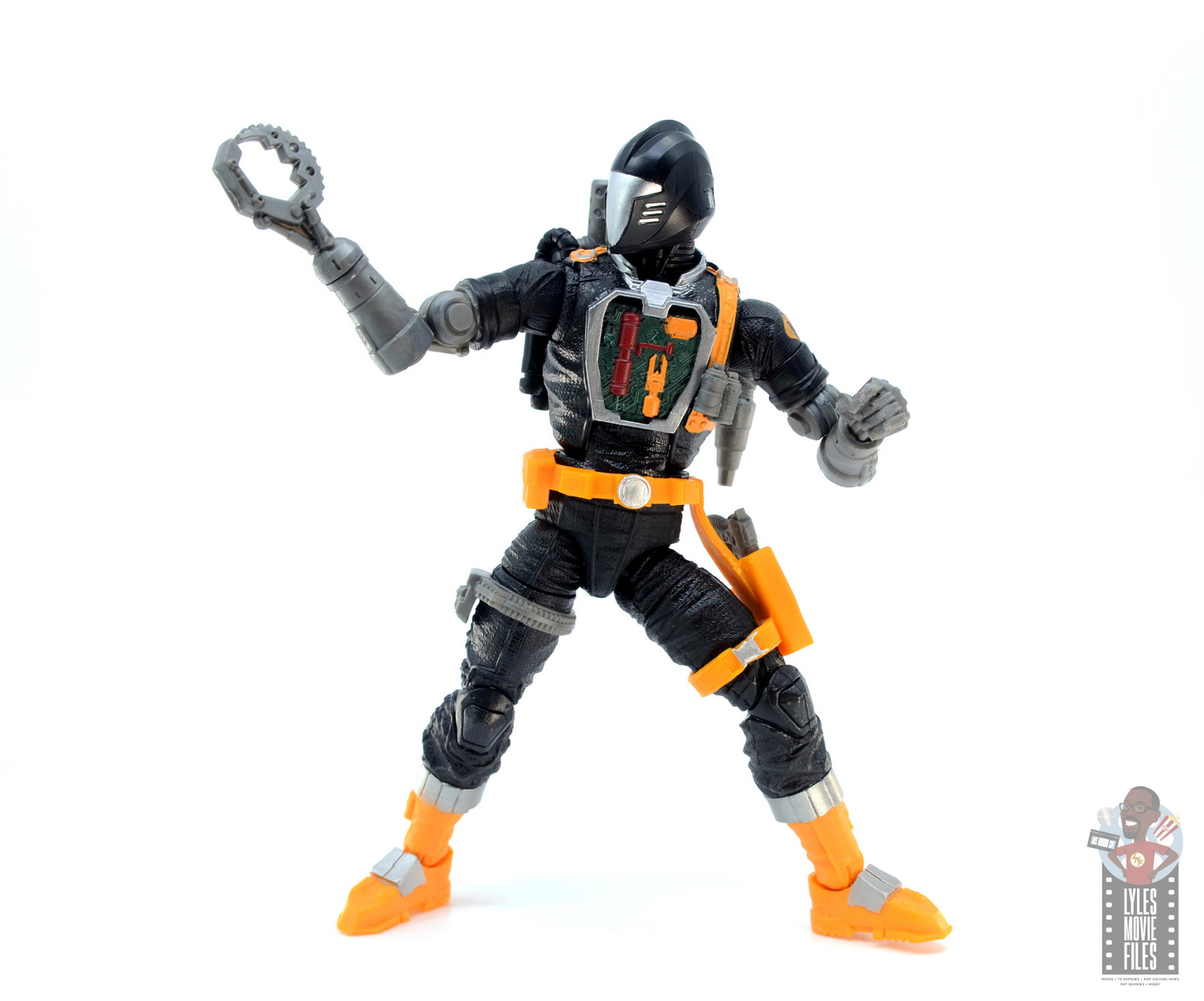 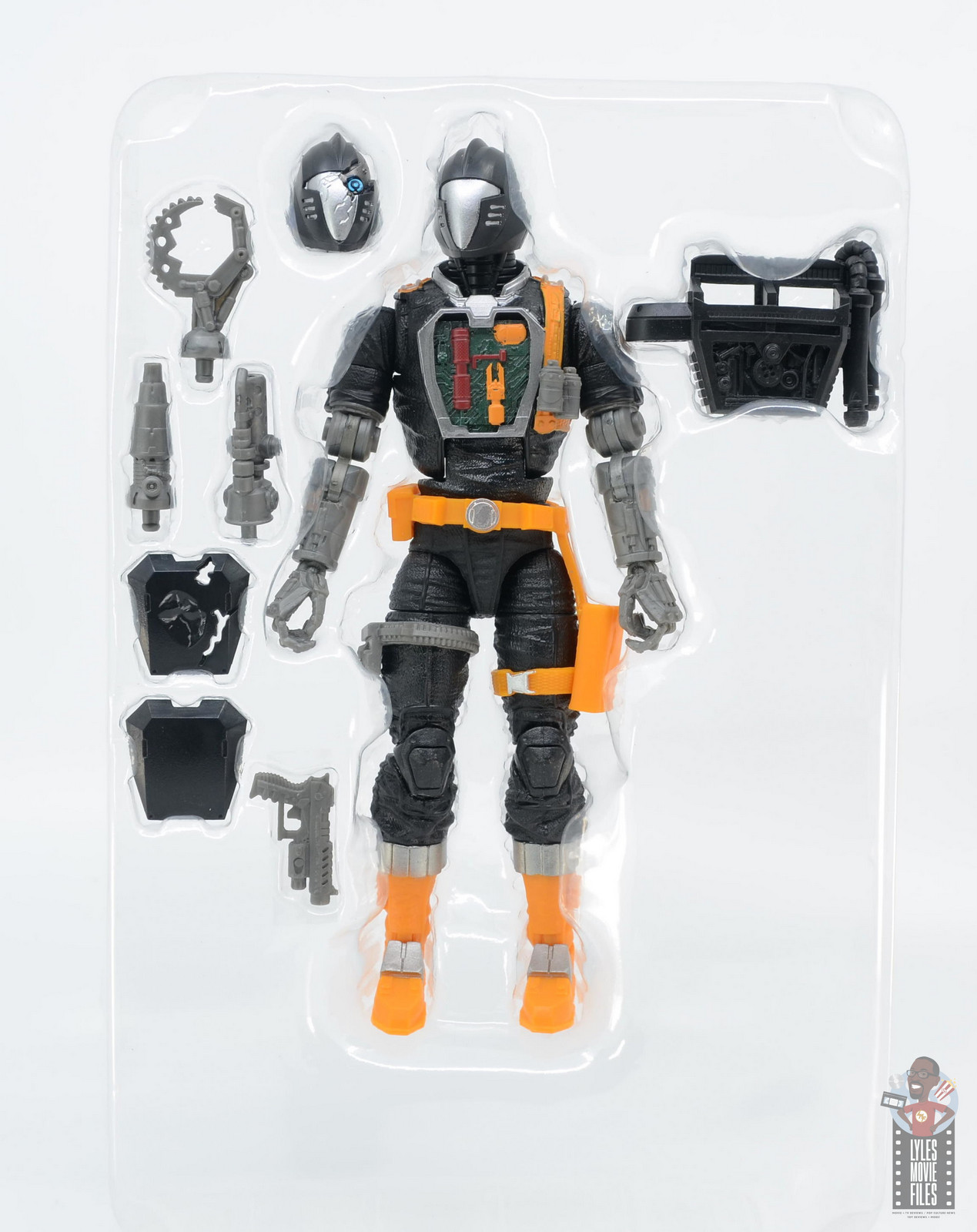 It comes with an alternate battle-damaged head sculpt with a shattered face plate and partially cracked helmet with a visible eye sensor. I dig the fractured helmet allowing a glimpse at the inner workings of the B.A.T. 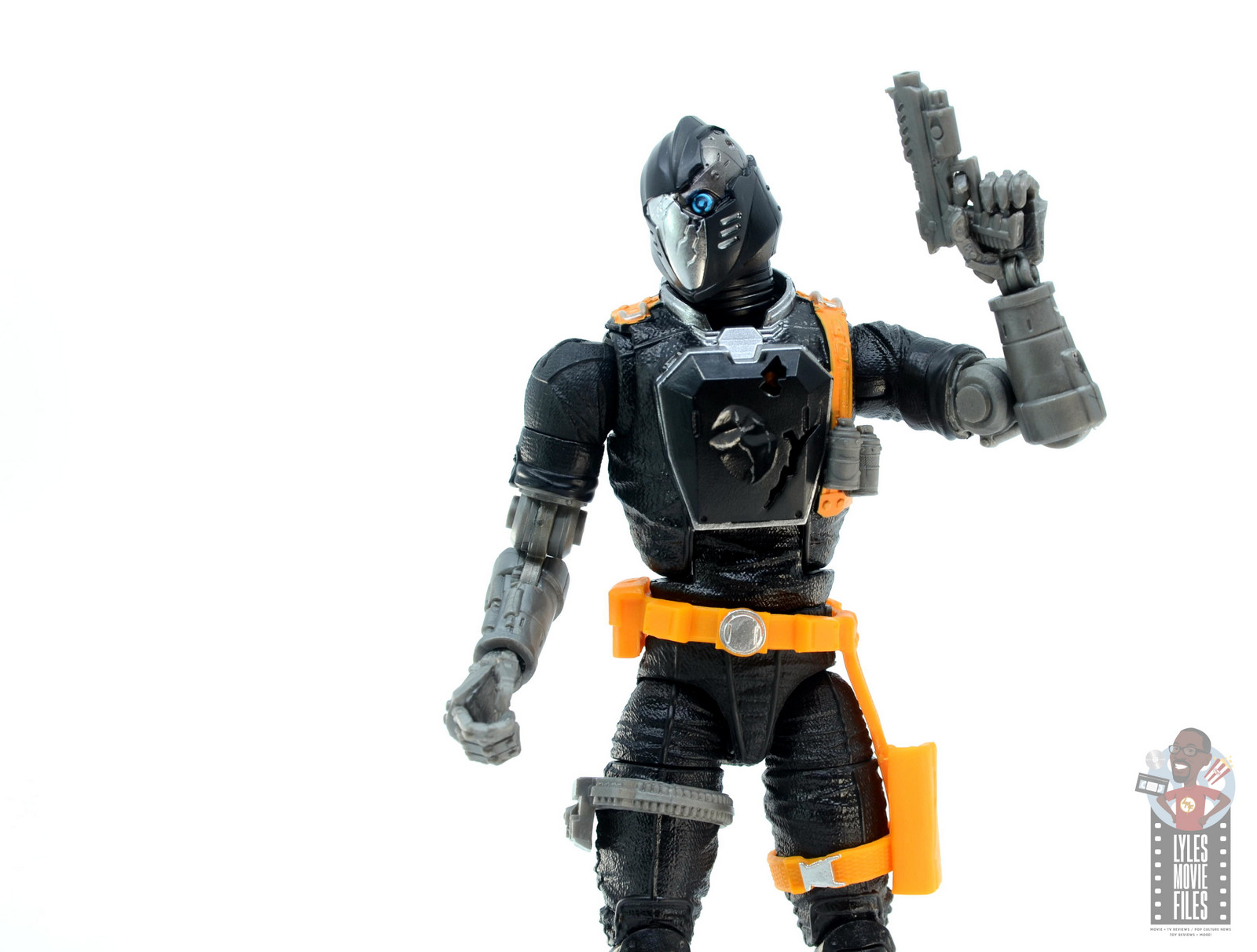 To further help allow for some variety in the shelf, it comes with two chest plates. One is a pristine piece while the other is a severely damaged piece with impact marks — maybe from armor piercing rounds? — and cracks along the side and top. I love these options. 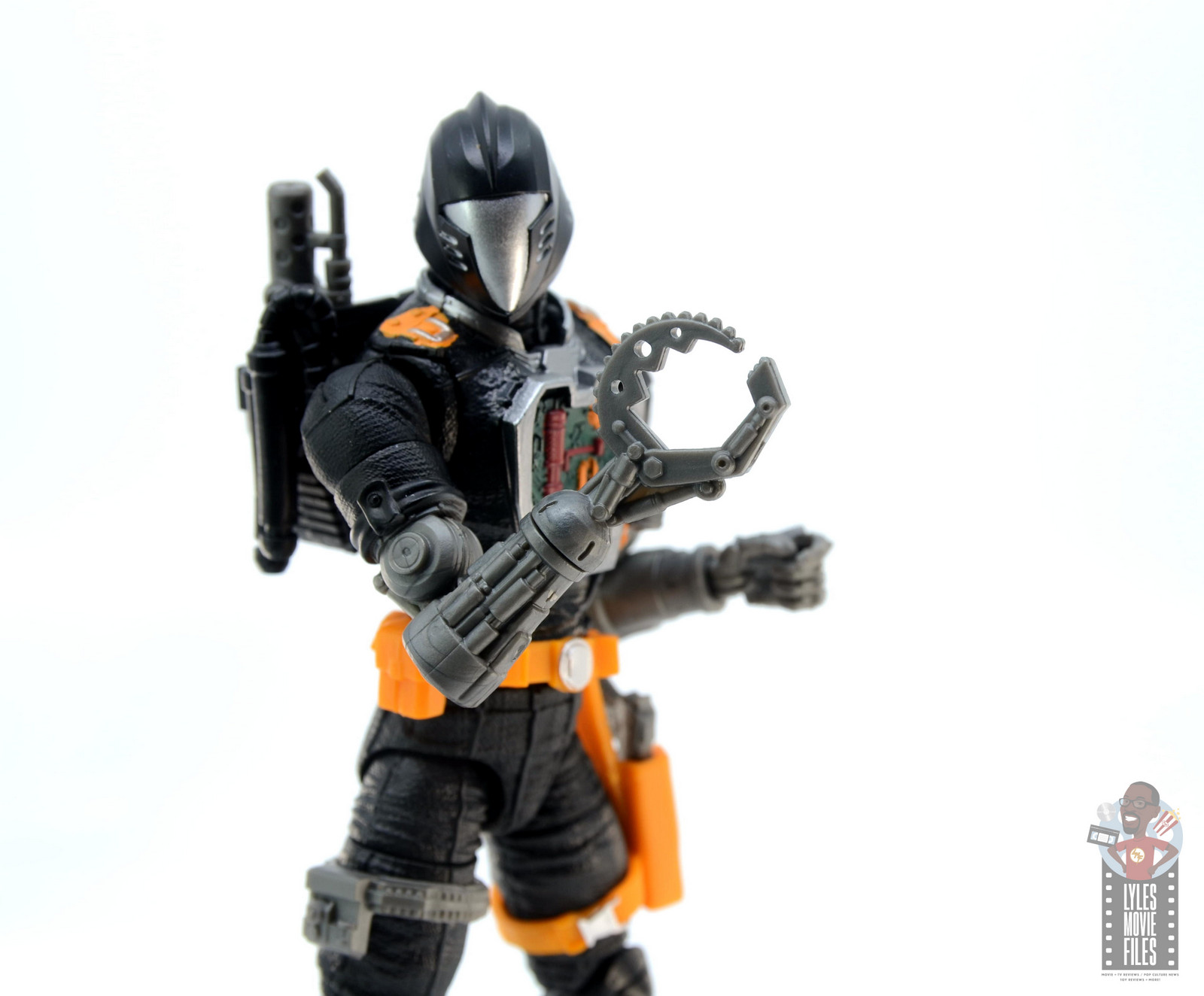 The B.A.T. comes with a smaller pistol. It almost feels like a weird inclusion for a quickly constructed robot with lousy aim, but it was part of the original so there’s zero complaints. 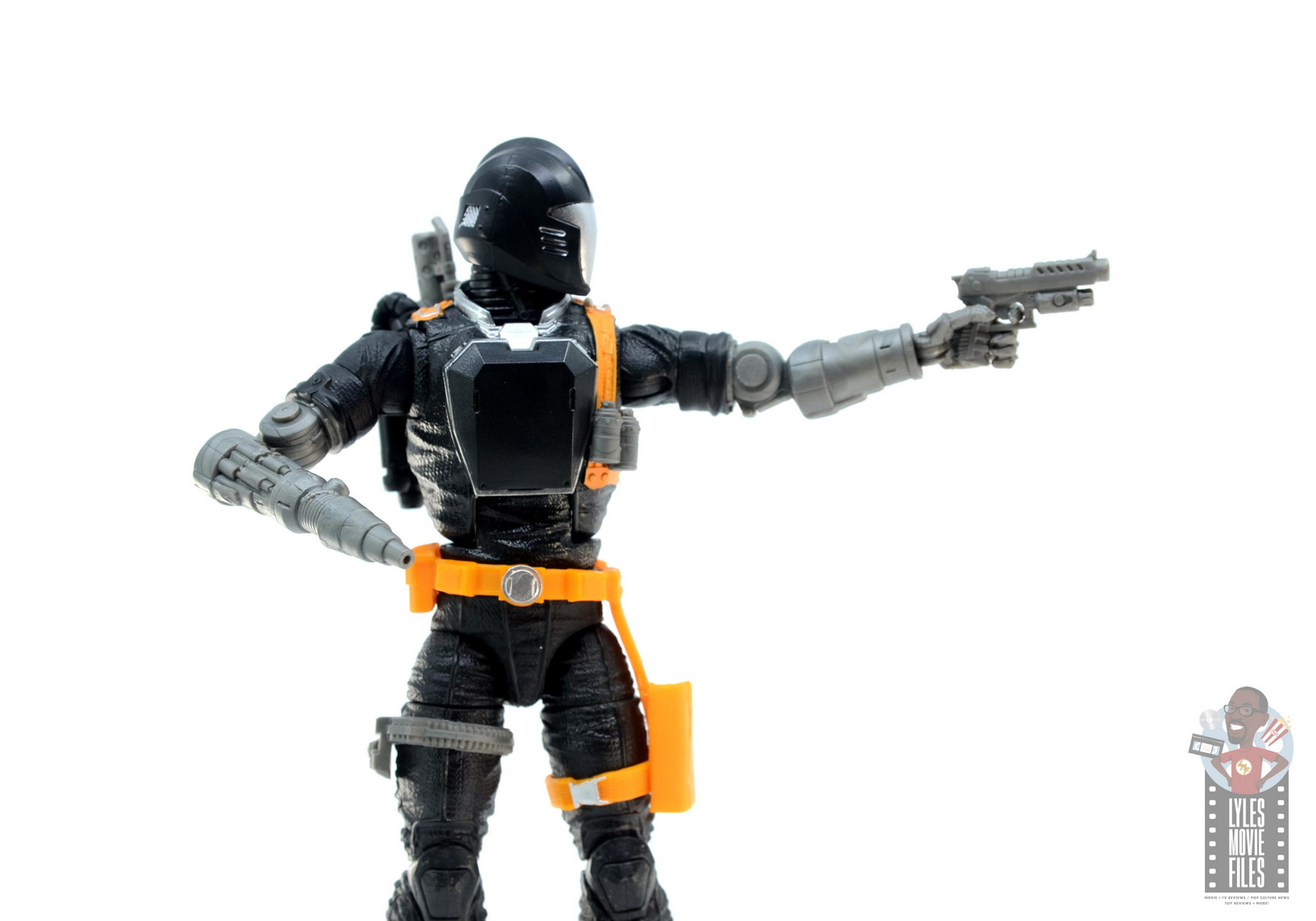 In keeping with the original figure, it comes with three attachments — a claw (with one portion having a serrated edge), a machine gun and a blowtorch. That definitely makes them formidable on the battlefield.

Additionally, it comes with a backpack to carry all of the attachments. 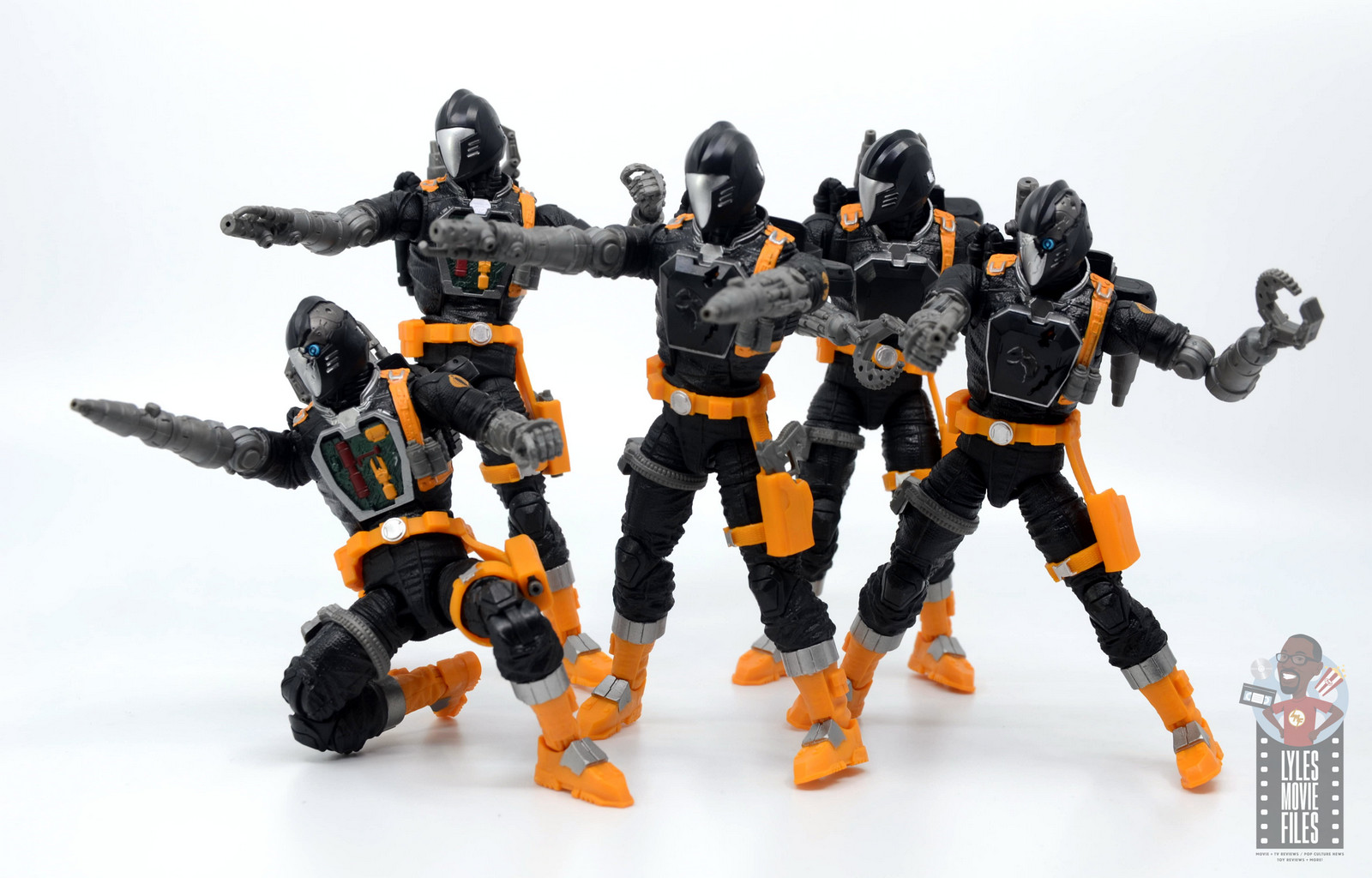 Worth It?  I grabbed the Cobra B.A.T. for $22. Even without a Build-A-Figure piece, the level of sculpting and accessories still makes the line a decent value even with the price uptick. 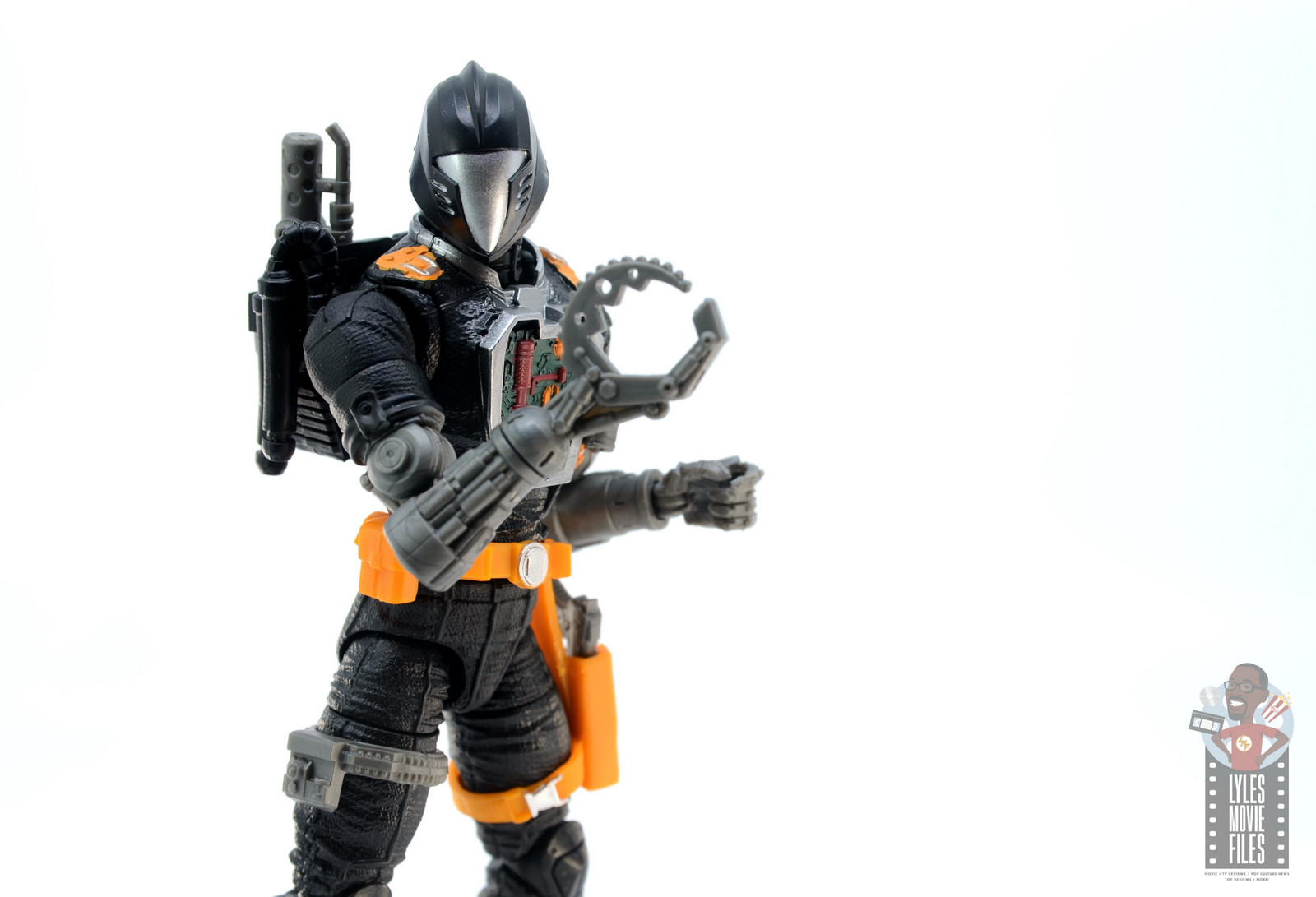 It seems like with every addition the Classified Series tops itself. The BATS are amazing figures and well worth army building. Between the Alley Vipers and the BATS, it’s a great time to be into Cobra army building. 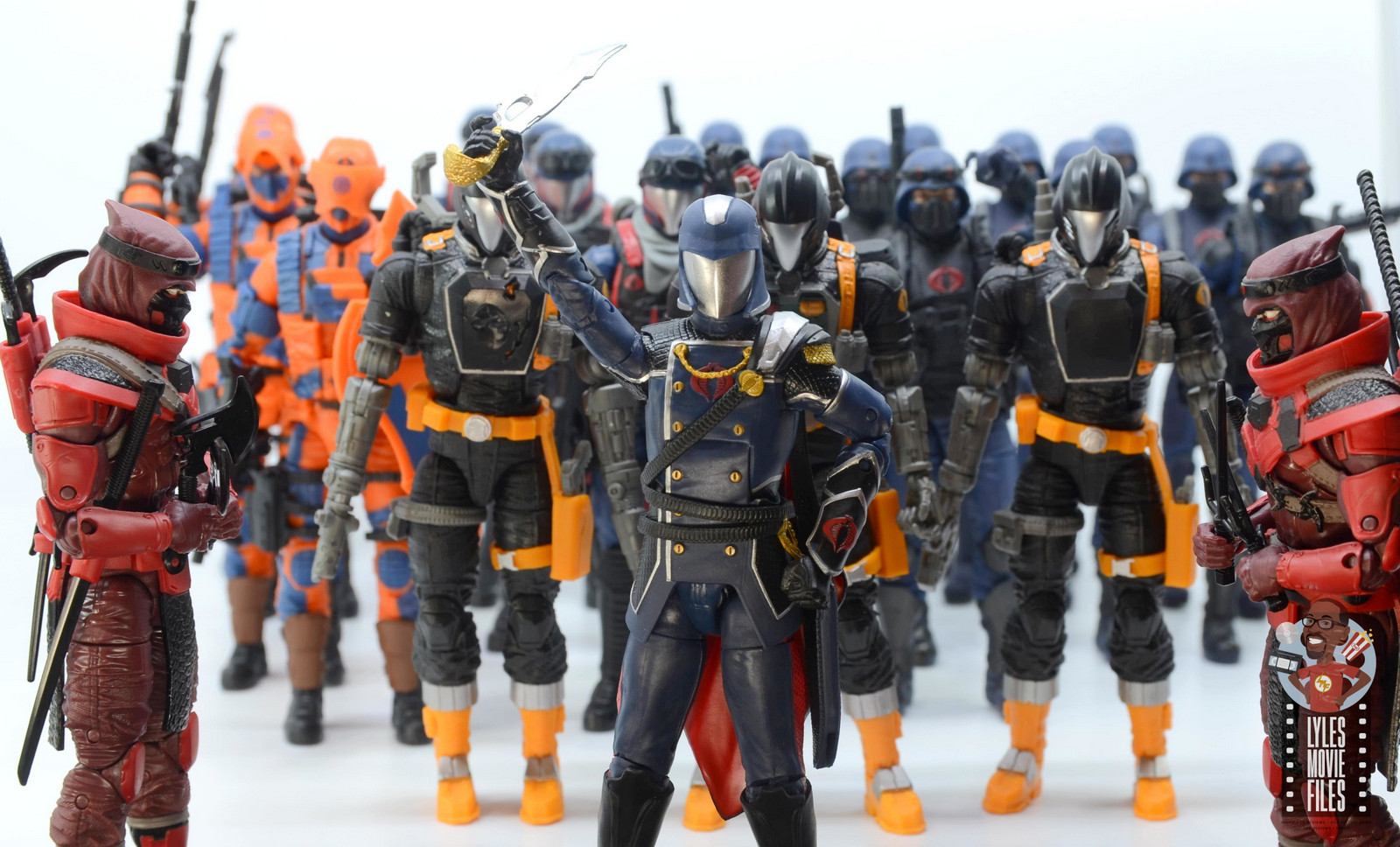 Where to Get It? The Cobra B.A.T.s are being found in a new case rollout with Gung-Ho at Target and Wal-Mart so try those spots first. You can also grab them through Amazon and Entertainment Earth.