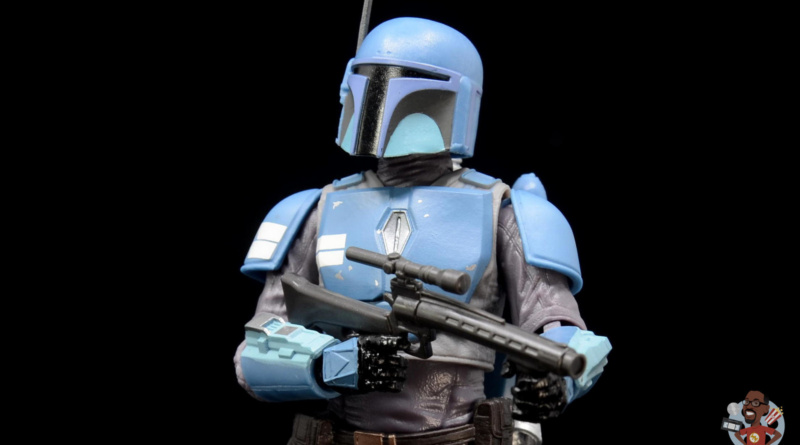 The Mandalorian has been pretty helpful in terms of getting us Black Series figures of some Clone Wars era characters Hasbro otherwise would still have on the pipeline. Despite the insistence on being major Clone Wars fans, that portion of my collection still feels poorly represented. With the Death Watch Mandalorian, the shelf gets some much-needed backup.

In Clone Wars, Death Watch started off as a sinister subset faction of Mandalorian purists. But when control of Mandalore was seized by Darth Maul, it was Death Watch who helped lead the battle against Maul and his loyalists. And even better, this is a viable army builder that’s widely available.

I found the latest Mandalorian (and friends) wave at Target and debated getting a pair of them to start a Death Watch army. Hopefully I won’t regret getting Ahsoka and Echo instead. Let’s take to the skies and see if this figure can save Mandalore.

Packaging: Hasbro uses an orange yellow color choice for both The Mandalorian and The Clone Wars. I don’t think that’s a coincidence since there’s been so many connections between the two properties.

I was more annoyed than I expected finding that the Death Watch Mandalorian and Ahsoka’s side murals had The Client in between them. I love these murals and connecting them is almost as compelling as completing Build-A-Figure waves for figures I previously didn’t care about. 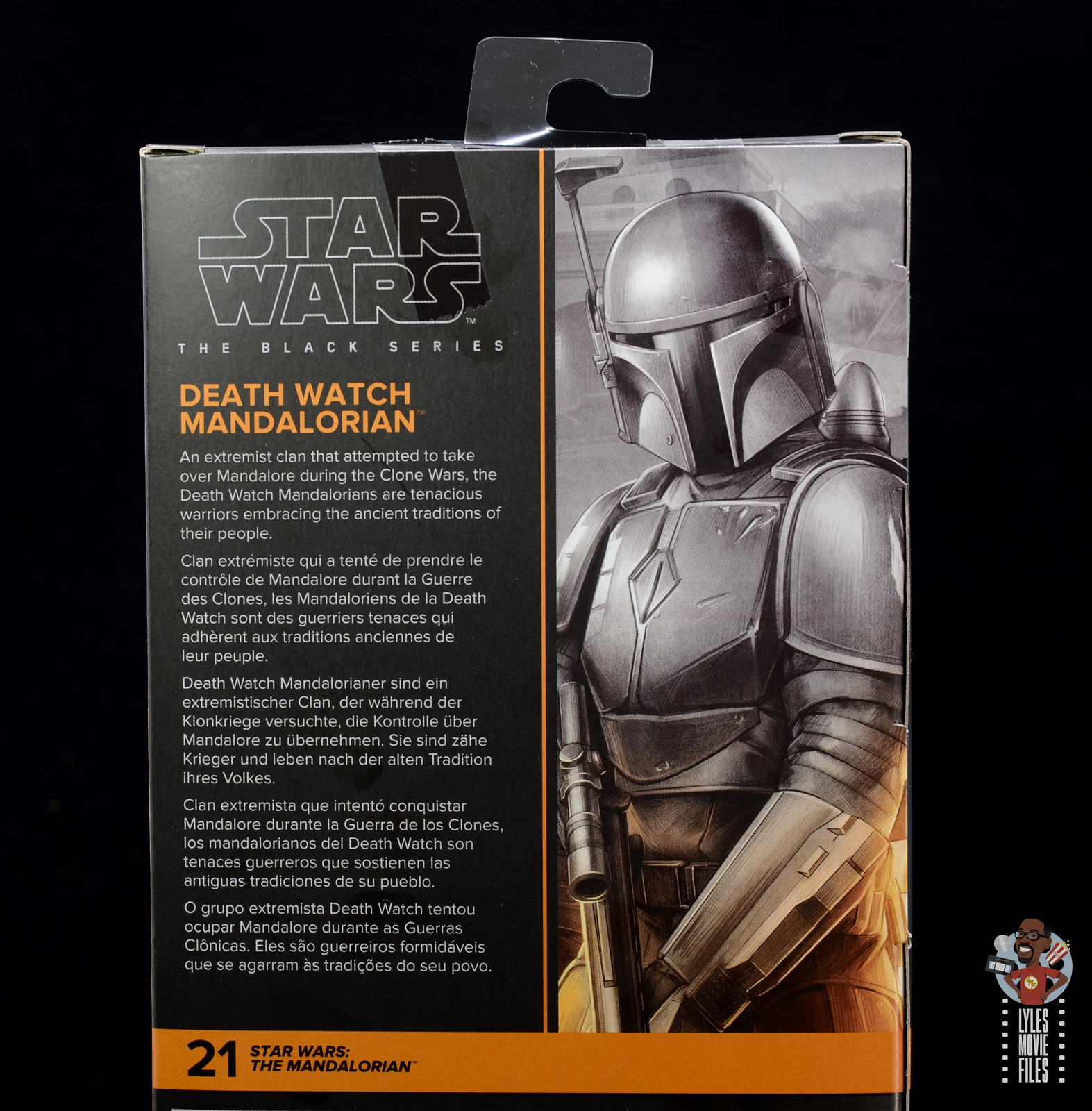 The bios are always so well written and effectively explain a comprehensive account of the characters.

Likeness:  The Death Watch Mandalorian has much more in common with The Mandalorian mold than the bulky and blocky Jango Fett mold. It’s far more streamlined and captures that look from Clone Wars. 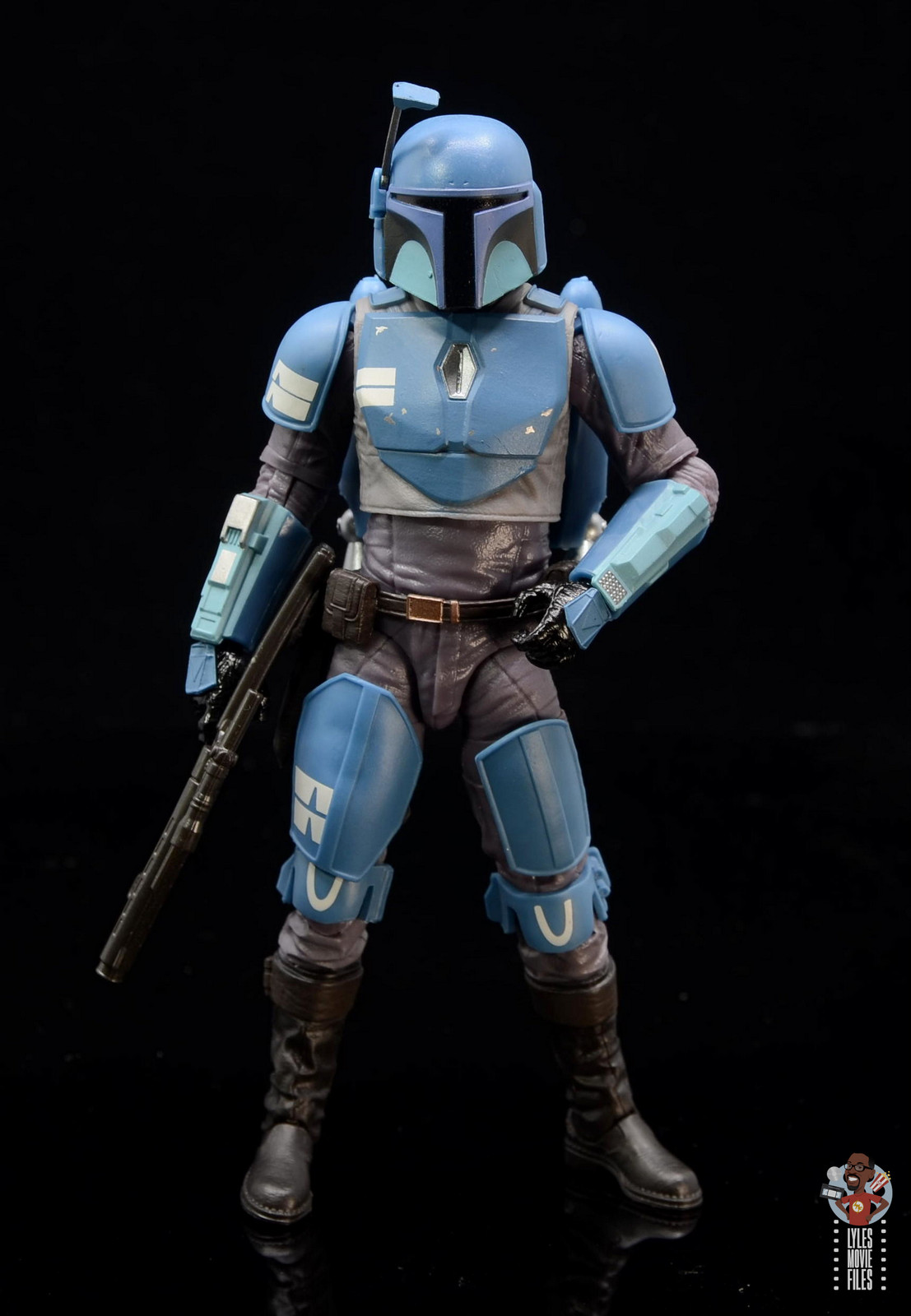 I love how the design is situated with the padded clothing and the armor plating along the chest, gauntlets and thighs. His helmet is sized properly and it’s easy to envision an actual head under it. 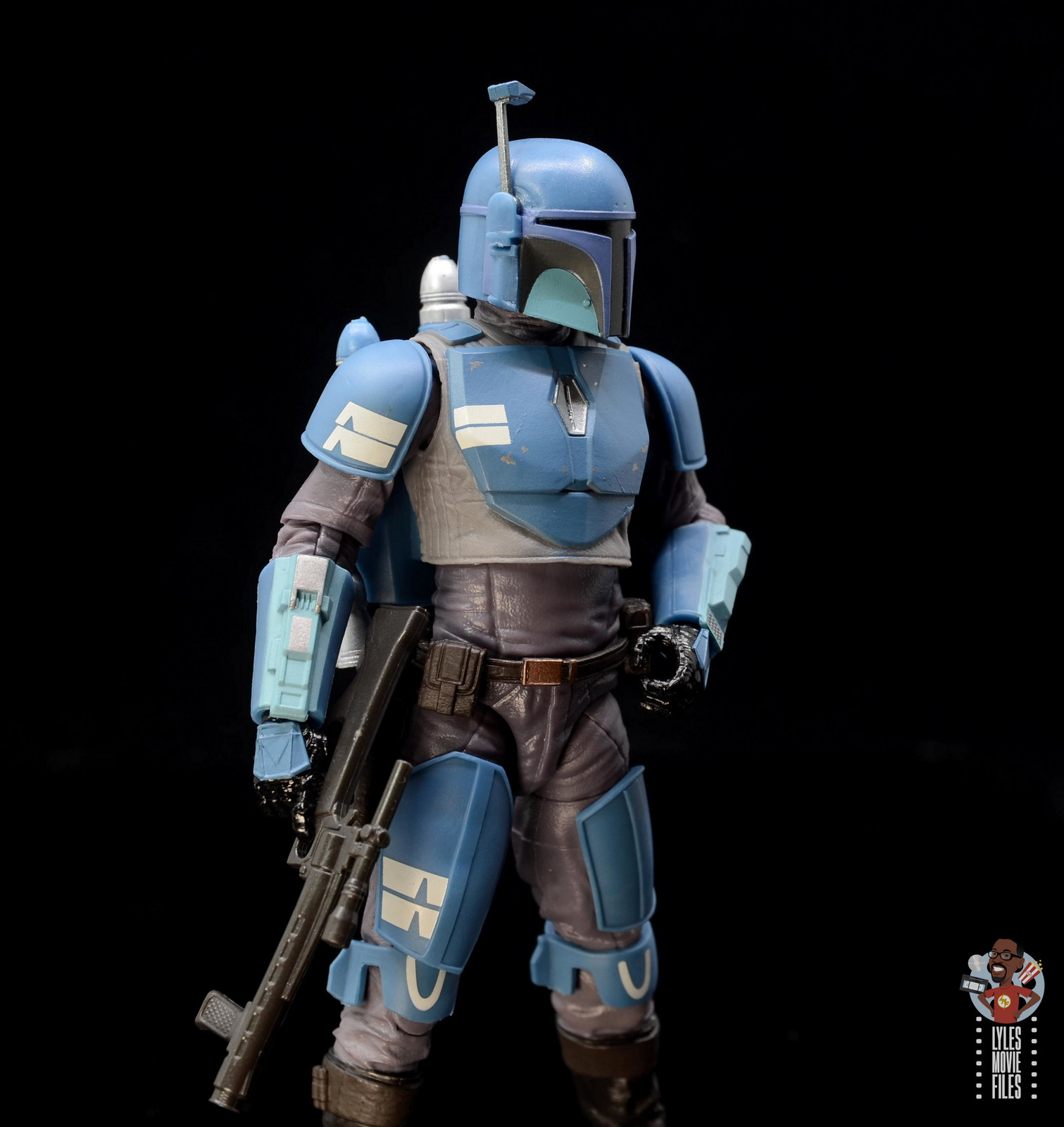 The paintwork is mostly clean with a few exceptions along the helmet. This was the case with both figures I saw.

The white lining along the outfit was strong and didn’t have a lot of weak areas with the blue bleeding through. 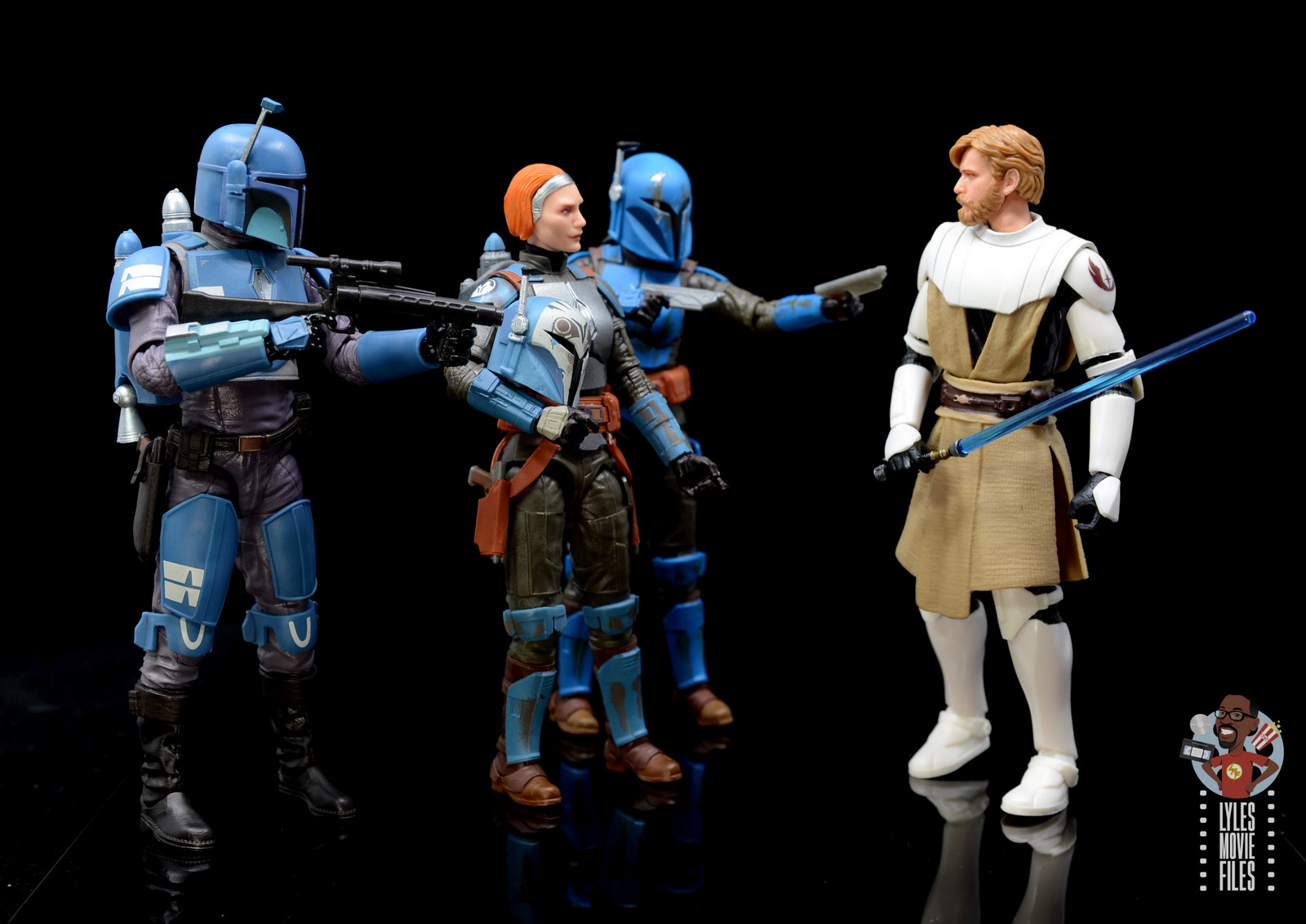 Scale:  The Death Watch Mandalorian doesn’t need to tower over anyone and should be average height.

Articulation: Unlike the Mandalorian Super Commando (order from Amazon here), which reused the stiffer Jango Fett mold. This buck is a bit more poseable with more fluid articulation like The Mandalorian figures. 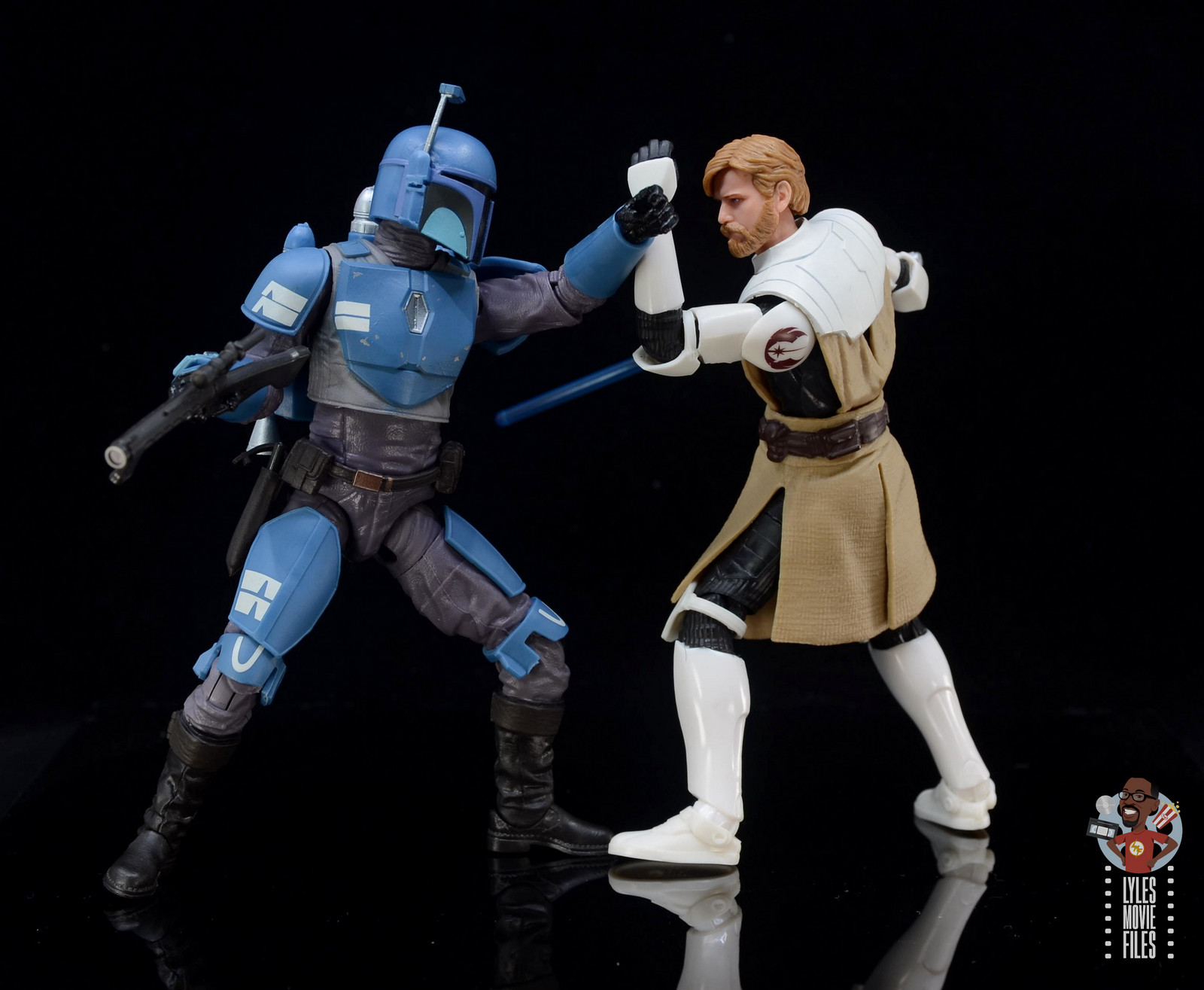 While the elbow is single-jointed, it’s got nearly the same kind of range as the normal double-jointed ones. 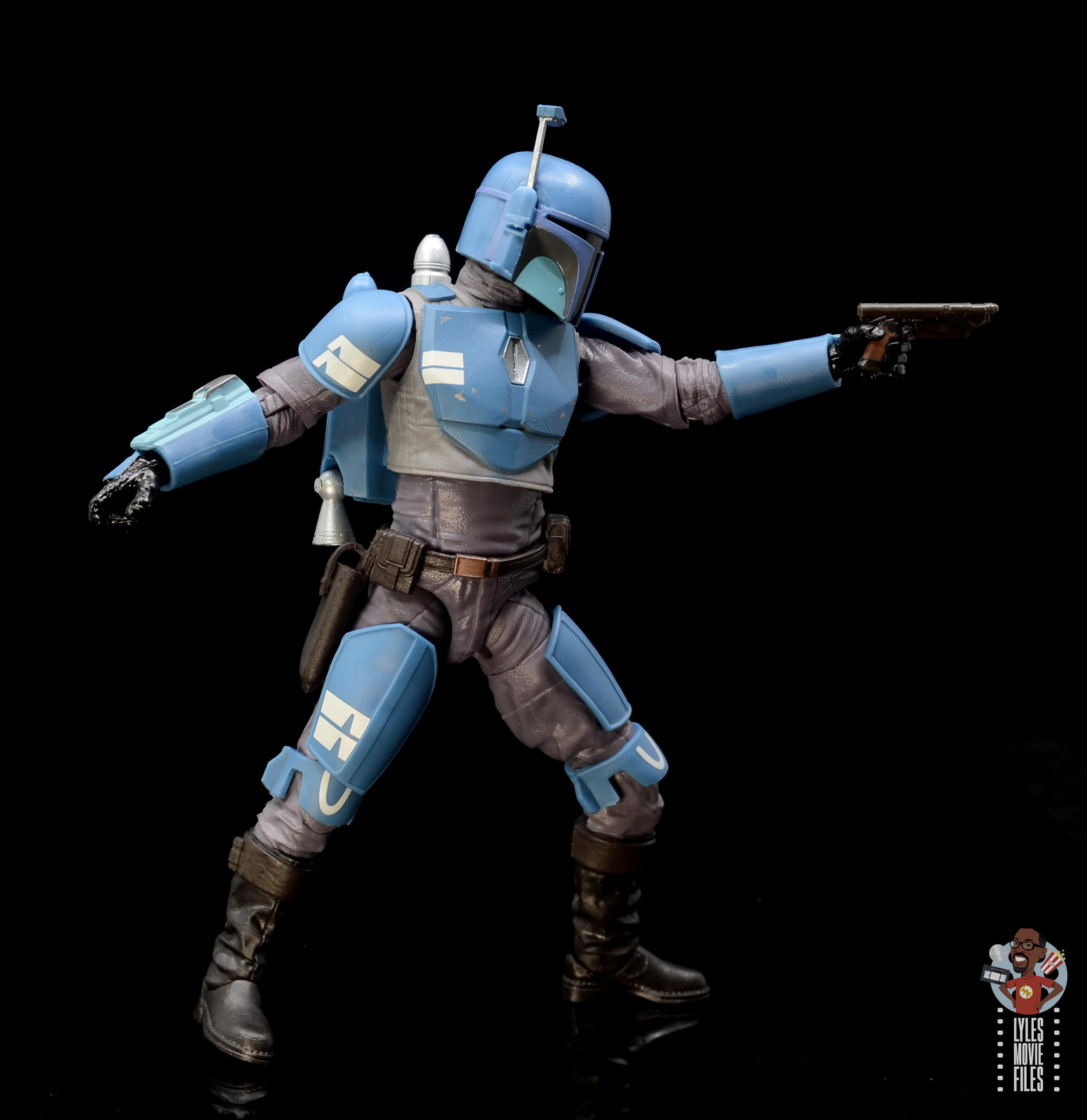 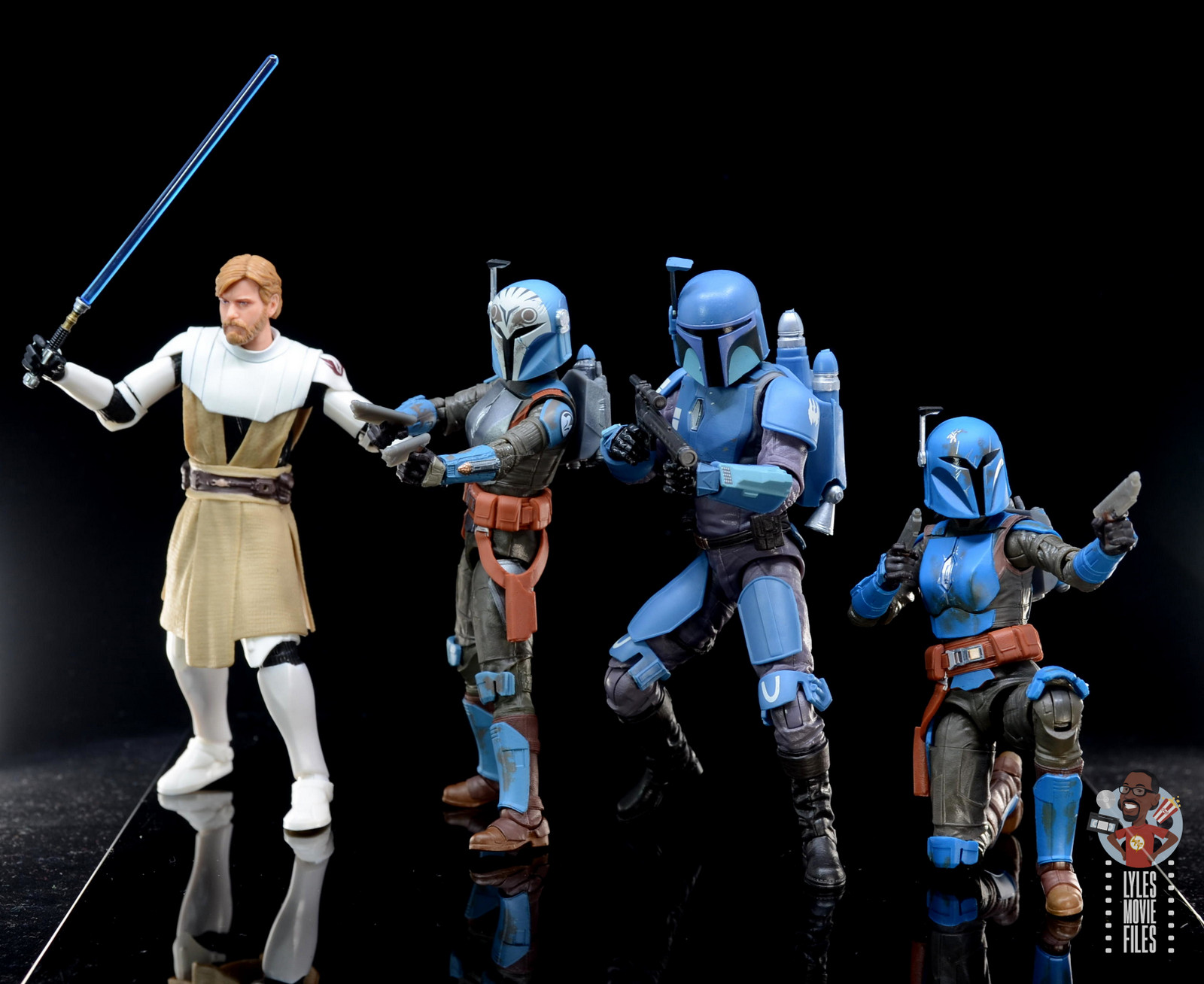 The Death Watch Mandalorian has: 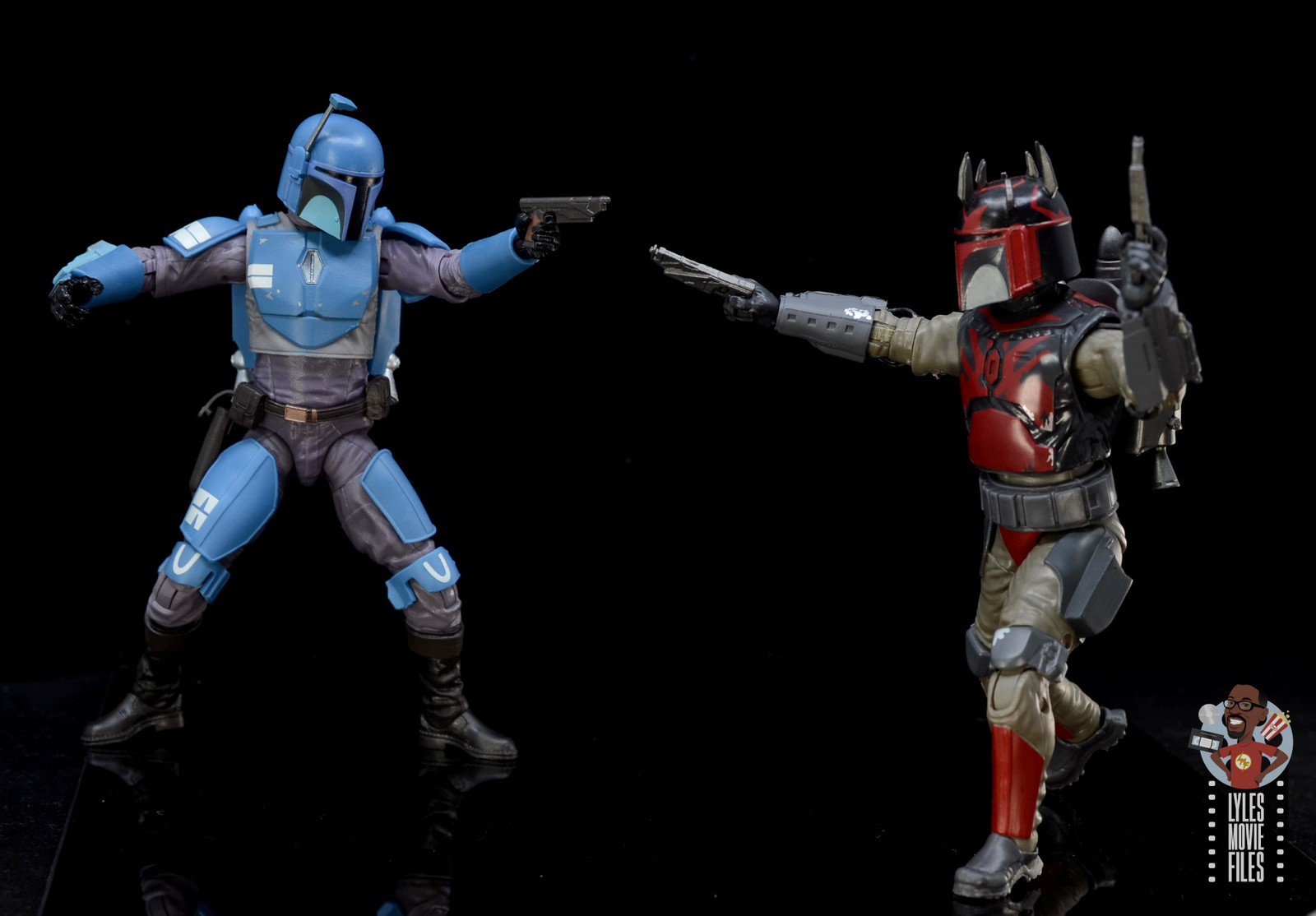 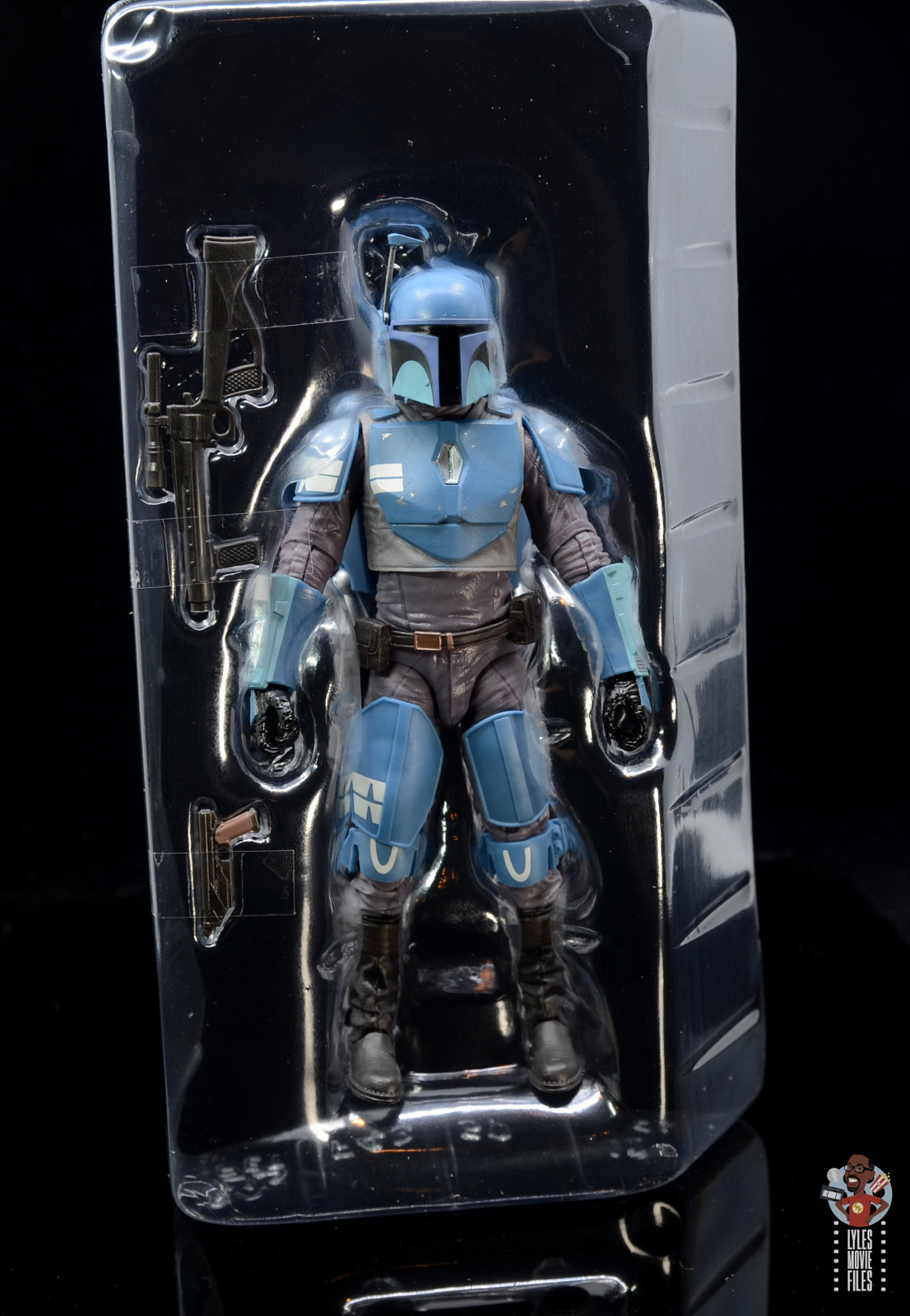 He gets the WESTAR-35 pistol, which we’ve seen from most Mandalorians.

There’s a new blaster (finally) that’s larger with a scope and stock allowing for a dual grip. The design on this is fantastic with a great amount of detailing. 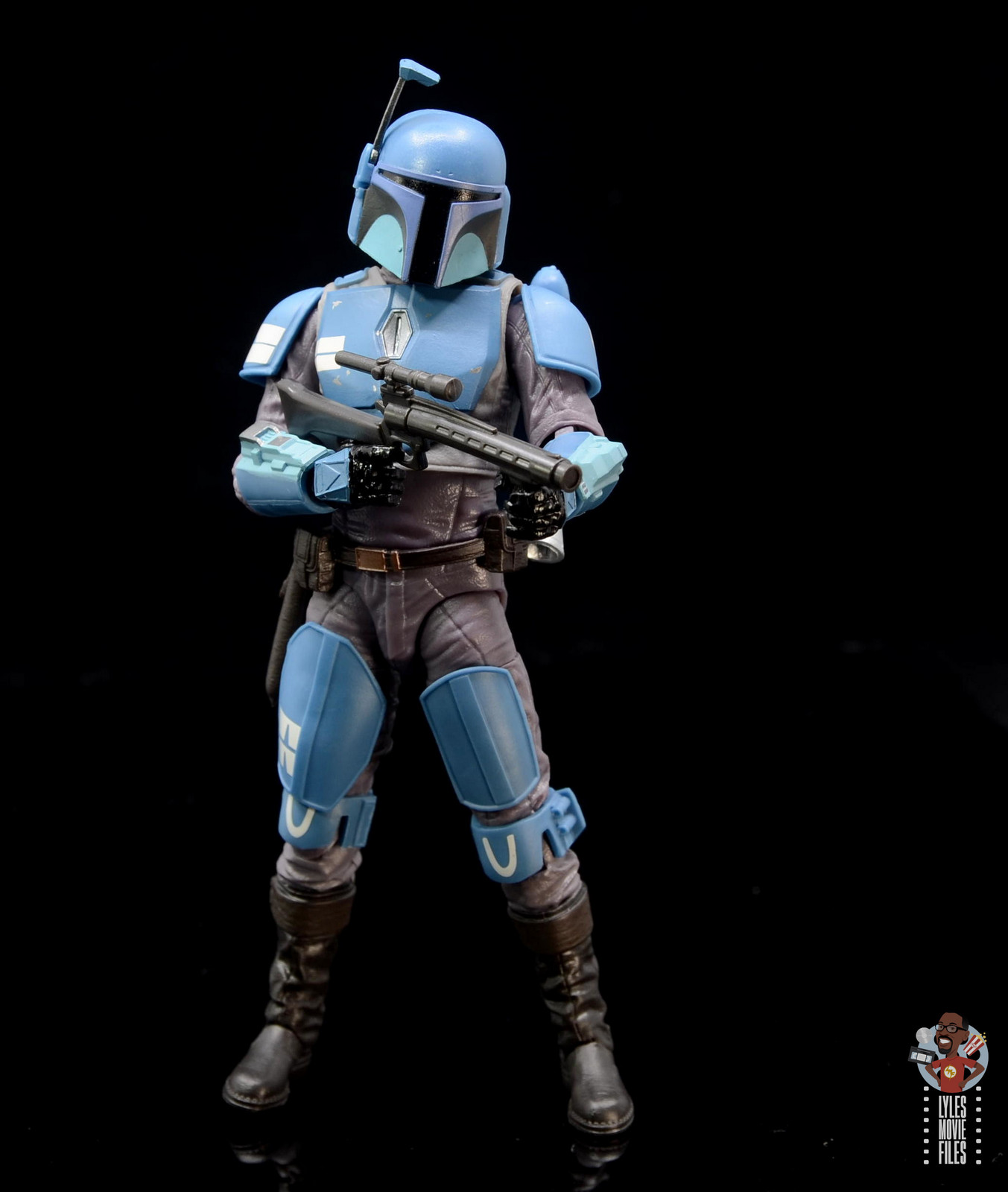 Also, he gets the jetpack from Jango Fett. This doesn’t need to be anything special and it’s pretty basic yet effective. 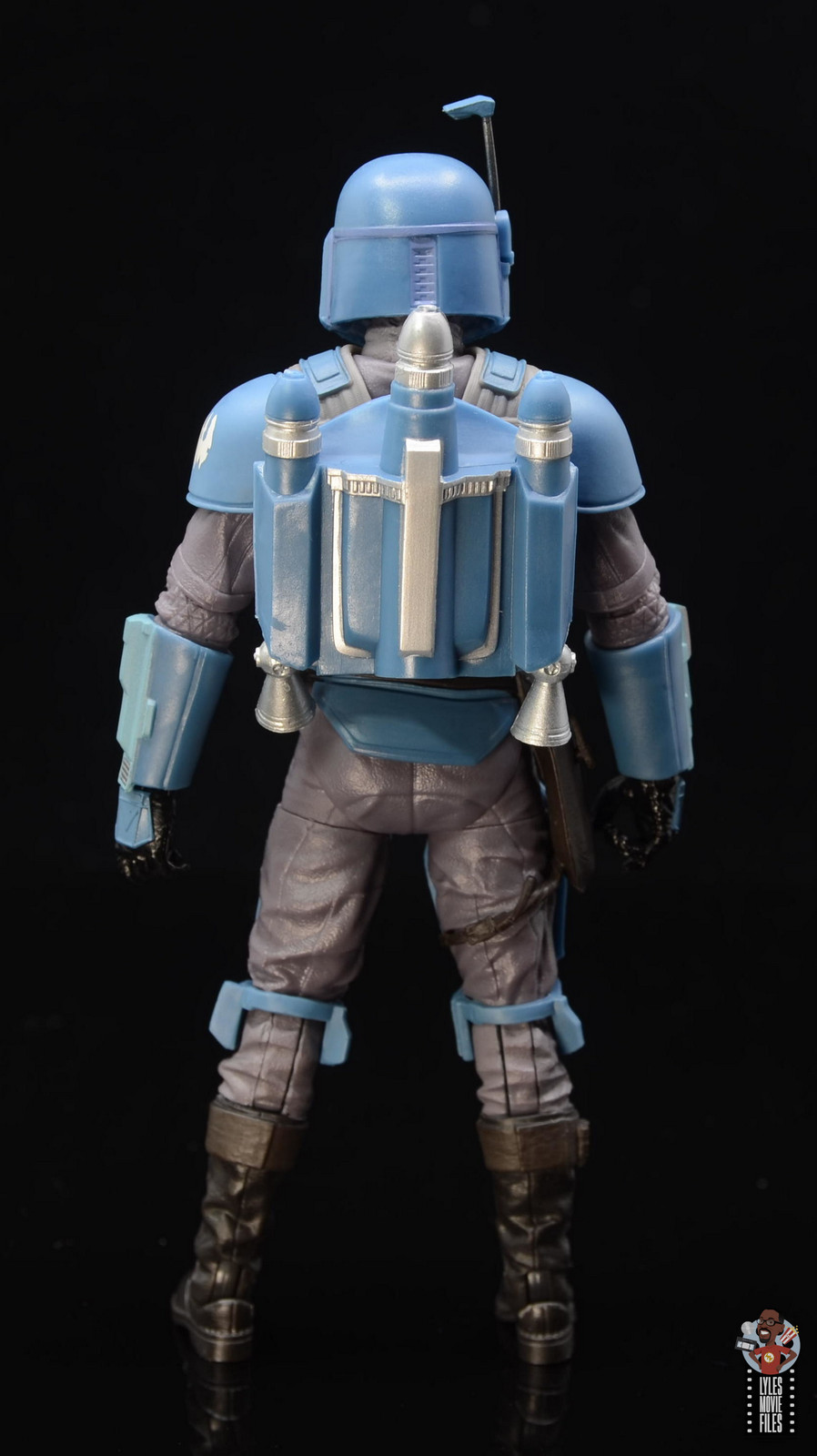 Worth it?  Hasbro’s price increase to $25 raises the question of the value of all their six-inch lines. It’s hard to justify that price when the same setup was $20 just a few years ago. Maybe a removable helmet with a different portrait would help? 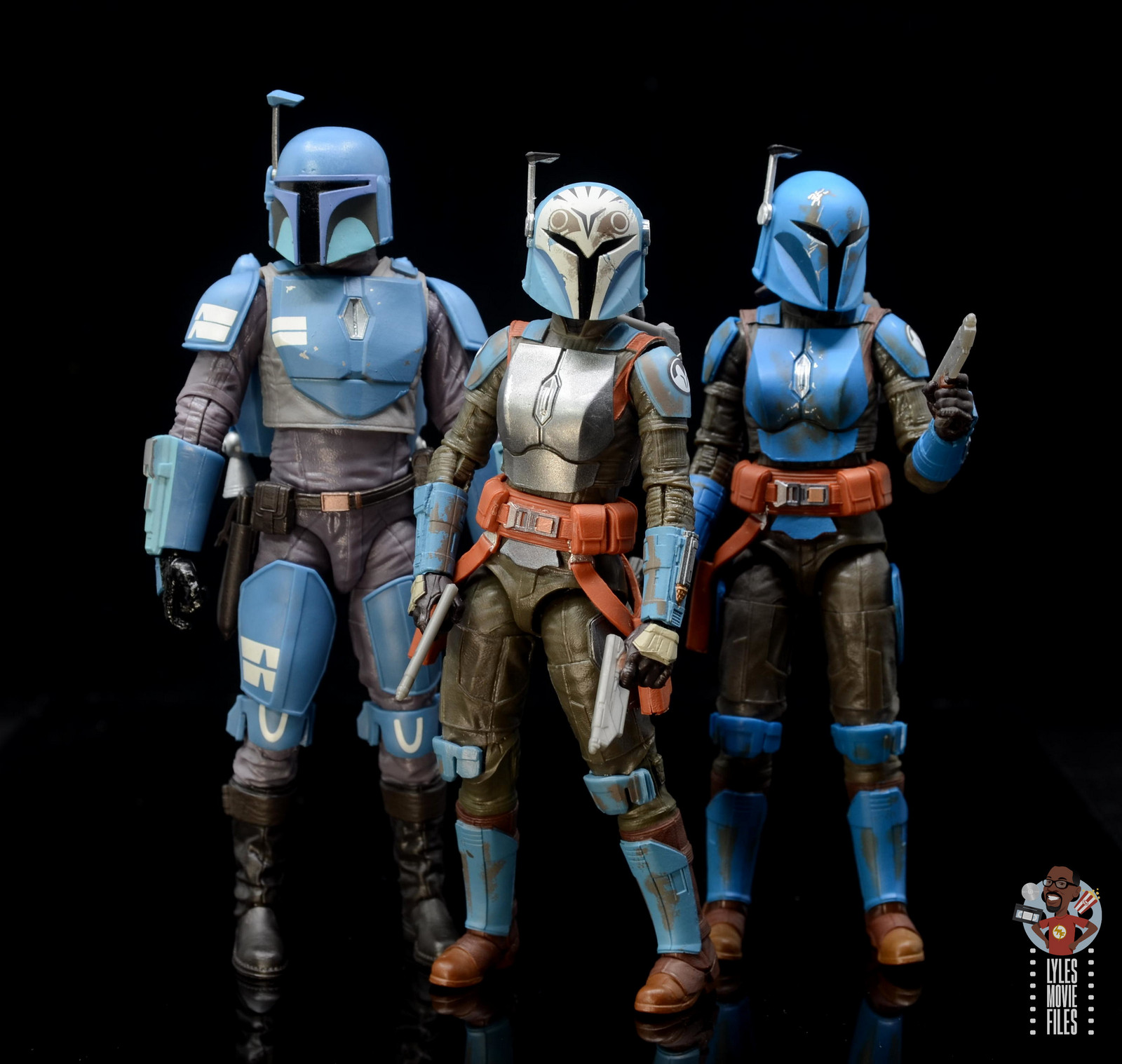 After the disappointing Mandalorian Super Commando, it was nice to get a surprisingly great Mandalorian. It’s easy to see army building this guy for a Death Watch faction if I can get him for decent prices. 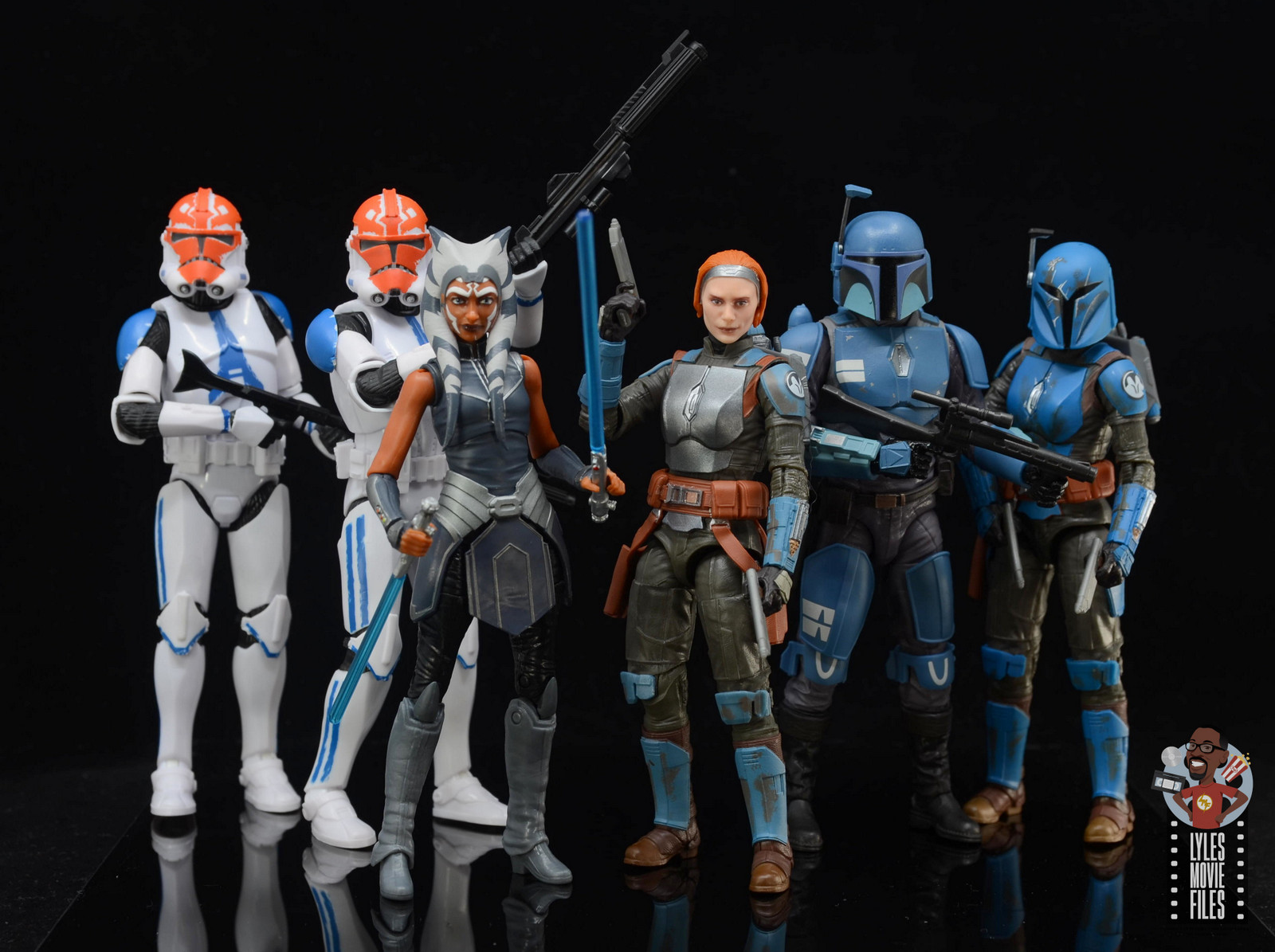 Where to get it?  Target is just getting this wave in stores. Amazon has had the figures in and out of stock while Entertainment Earth has him available for pre-order.