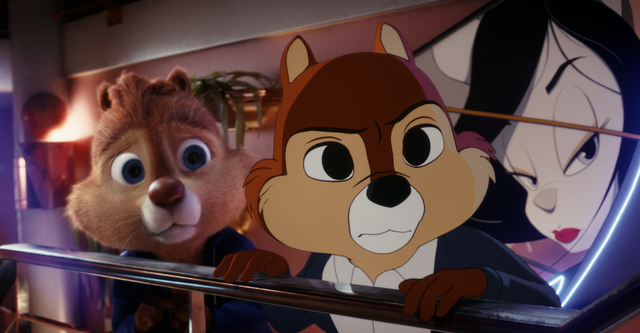 For a certain generation there’s not going to be a more entertaining and fan-pleasing film than Chip ‘n Dale: Rescue Rangers. And it’s a lock to be on my 2022 Top 10 films.

Dale (Andy Samberg) is a regular on the convention circuit hanging out with forgotten stars and in some cases, the would-be stars that never got their big break. Rescue Rangers is set in a hybrid world where humans and animated characters peacefully co-exist. Clearly this is an idealized fantasy world, and it seems like an amazing place to visit.

The estranged friends reunite when their pal, Monterey Jack (Eric Bana), calls for their assistance. Jack fell in with a bad crowd and now owes Sweet Pete (Will Arnett, The LEGO Batman Movie) some major money. If Jack can’t pay, he’s going to get bootlegged — an insidious process that alters animated characters’ appearance so they can star in Pete’s bootleg overseas films.

Chip and Dale get some help from Ellie (Kiki Layne, Coming 2 America), a police detective and self-proclaimed Rescue Rangers fangirl. 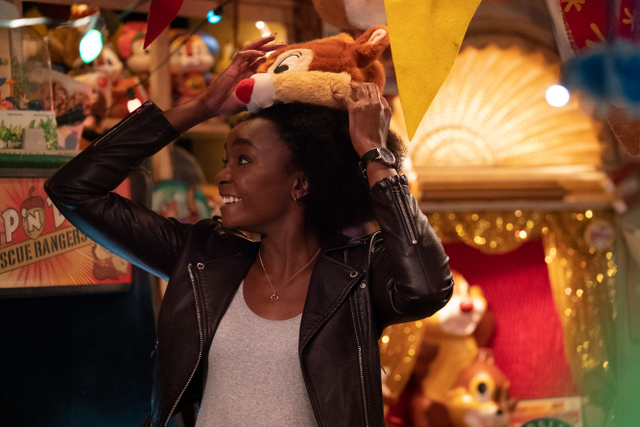 There’s been plenty of live action/animated films that have worked in a litany of surprise cameos that cross studio/company jurisdictions. Most of them work simply from the unlikely pairings, but Rescue Rangers best captures the magic of the originator of this concept with Who Framed Roger Rabbit?

For the sake of retaining the surprise for first-time viewers, I’ll avoid spoilers on the cameos. It’s so much more rewarding not having any idea which characters to expect and some of the cameos provide some of the film’s best moments. Not in a stealing the film from the title characters manner but adding to the overall experience.

Rescue Rangers’ fun doesn’t just come from the cameos, but the script, which is filled with so many glorious terrible puns.

A major part of the film’s charm is how screenwriters Dan Gregor and Doug Maud poke fun at various trends, the nostalgia wave and pop culture in general in a good-natured manner. To stay ready for the call for a new gig, Dale got a CGI makeover while Chip retains his classic hand-drawn animation style.

Some of the former How I Met Your Mother writers’ targets are so easily ridiculed that the jokes could have quickly become mean-spirited. With Rescue Rangers, everyone seems in on the joke. It doesn’t hurt that there’s so many targets so no property or character is maliciously singled out. It’s probably going to take multiple viewings to catch all the Easter Eggs and place all the cameos. 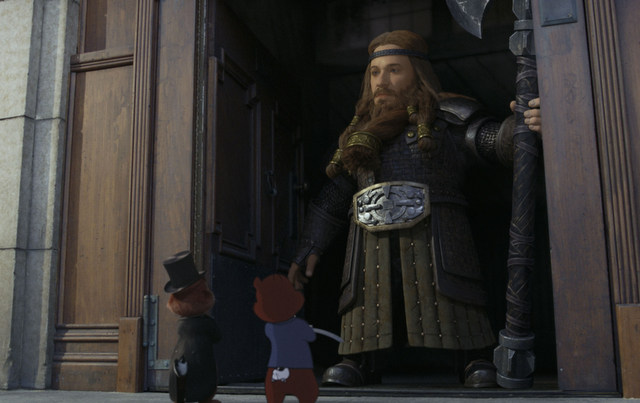 The film also does right by fans of the show in creating roles for original cast members Tress MacNeille, Alan Oppenheimer and Jim Cummings. And mild spoiler, the full Rescue Rangers squad does get their moment together. 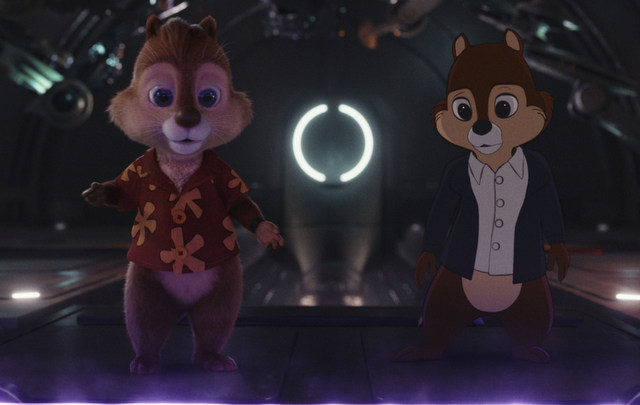 Schaffer finds the right balance of showing a deep appreciation of the source material, spoofing the reboot mentality and creating a memorable adventure that’s highly enjoyable for both longtime and new fans.

Check out the Rescue Rangers Two Movie Collection on DVD on Amazon.