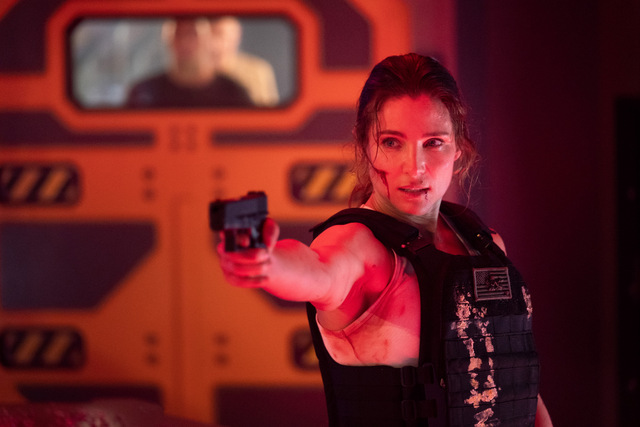 It’s not the type to stick with you long term, but for the ride it gets the job done of providing some engaging fight scenes, snappy dialogue and a hero to cheer on in clearing off all the bad guys.

Capt. J.J. Collins (Elsa Pataky) gets reassigned to a remote Naval Sea base on the worst possible day. A group of mercenaries seek to seize control of the base. It’s the last resort to intercept Russian nuclear missiles from hitting U.S. targets after the first station gets attacked in the opening scene. 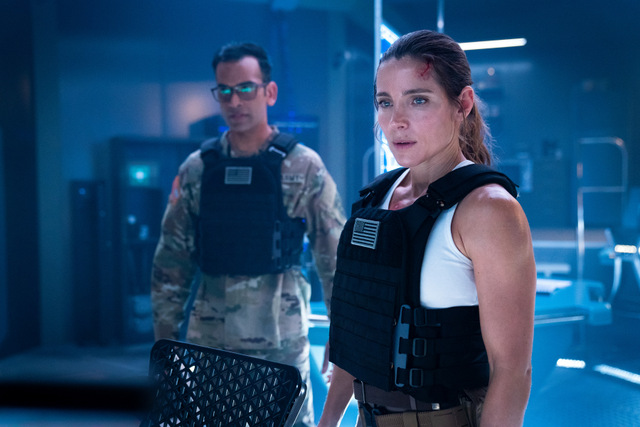 Having two nuclear deterrent sites doesn’t seem like nearly enough to prevent a nuclear strike, but let’s play along. The mercenaries are led by a charismatic psychopath Alexander Kessel (Luke Bracey, G.I. Joe Retaliation), who seems to think he’s doing the right thing by fixing a broken “United” States of America.

Yes, the premise is basically “Die Hard on a sea base,” but screenwriters Matthew Reilly and Stuart Beattie (Collateral) do enough with the premise so it’s not a total wash.

Some of the dialogue is cringe coated with cheese. The most egregious is when J.J. tells one of her captors the various demeaning phrases men call women in the military. It’s a take you out of the movie kind of exchange and felt aimed more at gaining uncollectable brownie points than feeling like an actual conversation. 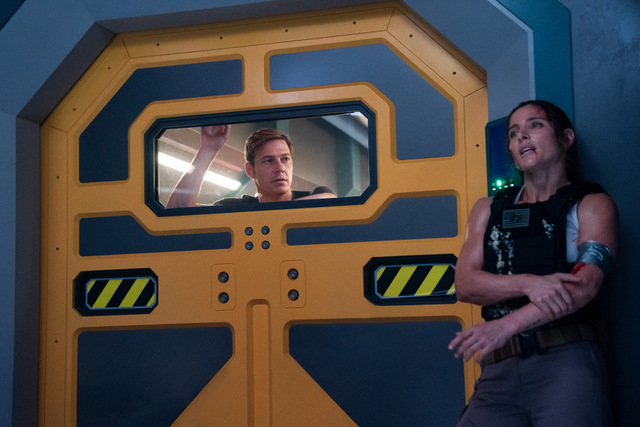 Pataky is no stranger to action roles. She co-starred in three of the recent Fast and Furious films alongside genre heavyweights Vin Diesel, Dwayne Johnson and Jason Statham. Finally getting an overdue starring role of her own, Pataky proves up an easy fit in the spotlight.

Beyond her Fast and Furious cred, Pataky put in some serious work in the gym and her arms are Thor-levels of jacked up. Maybe she got some workout tips from her husband, Chris Hemsworth, who drops in for a brief cameo.

Too many directors tend to make their woman protagonist untouchable, making for an unstoppable fighting machine that easily wins every fight. Reilly, who also directs, wisely lets J.J. take the kind of significant physical damage as male action heroes.

This helps make the action sequences feel more earned when J.J. invariably survives fight rounds. She gets battered, bruised and bloody along the way with actual limitations that hinder her in subsequent battles. 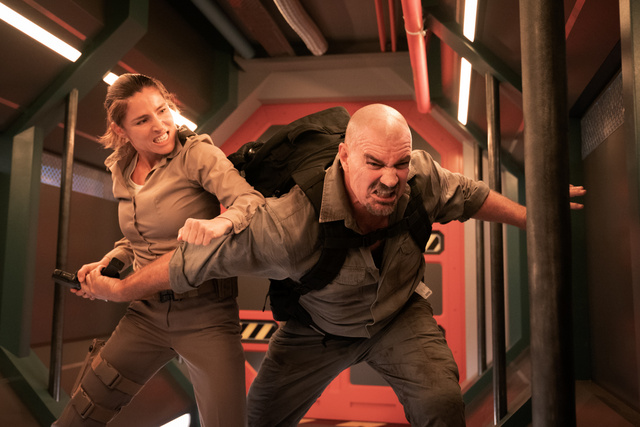 Ironically, the most questionable fight scene is the first one where J.J. faces off with a hulking frame filling opponent who tosses her around like a rag doll.

With that unlikely win under her belt, J.J. makes some progress in fending off Kessel’s crew with some help from fellow soldier Cpl. Rahul Shah (Mayen Mehta). With a woman president (Zoe Carides) and a black Secretary of State (Marcus Johnson), Interceptor does deserve some kudos for its diverse casting. 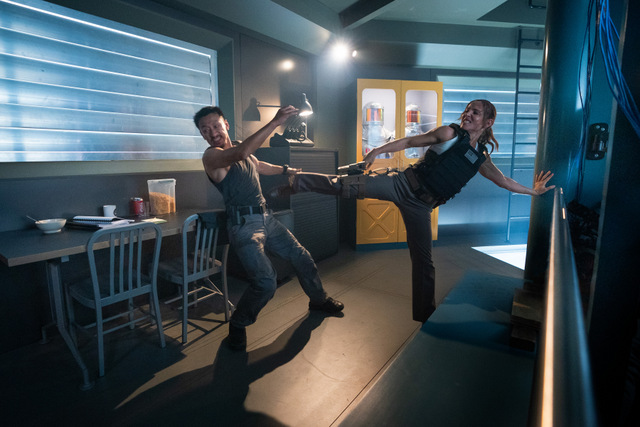 This is Pataky’s show and she delivers big time as a convincing action star. Interceptor isn’t a genre game-changer, but it’s an effective and entertaining action film that’s an ideal fit for Netflix. Maybe Pataky can take her J.J. character into a sequel and have a Netflix crossover with Hemsworth’s Extraction series?

Check out Elsa Pataky in Fast 5 on 4K on Amazon.