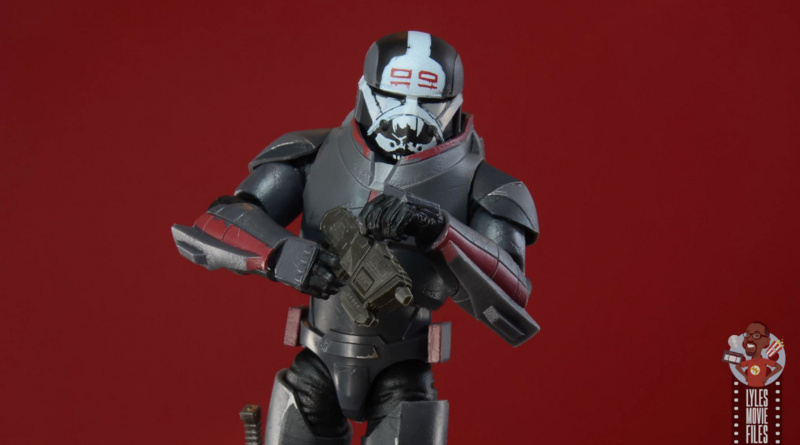 Wrecker fills a very important role in The Bad Batch. He’s the hammer capable of barreling over many clankers and laugh maniacally in the process. While he’s somewhat childlike with his thought process, he’s Hunter’s most loyal member of the team.

His attitude quickly made him a favorite for me and I’ve been anticipating getting his Black Series figure. Though I’m not thrilled with the deluxe presentation for the special additional price. Let’s see if Wrecker obliterates my expectations or deserves a spot on the wreck heap.

Packaging: Despite the larger deluxe packaging, it’s the same setup as the standard Black Series figure with The Bad Batch’s dark red accent color scheme. The artwork is coming together nicely as Wrecker sits along the Tech package so everyone lines up nicely. 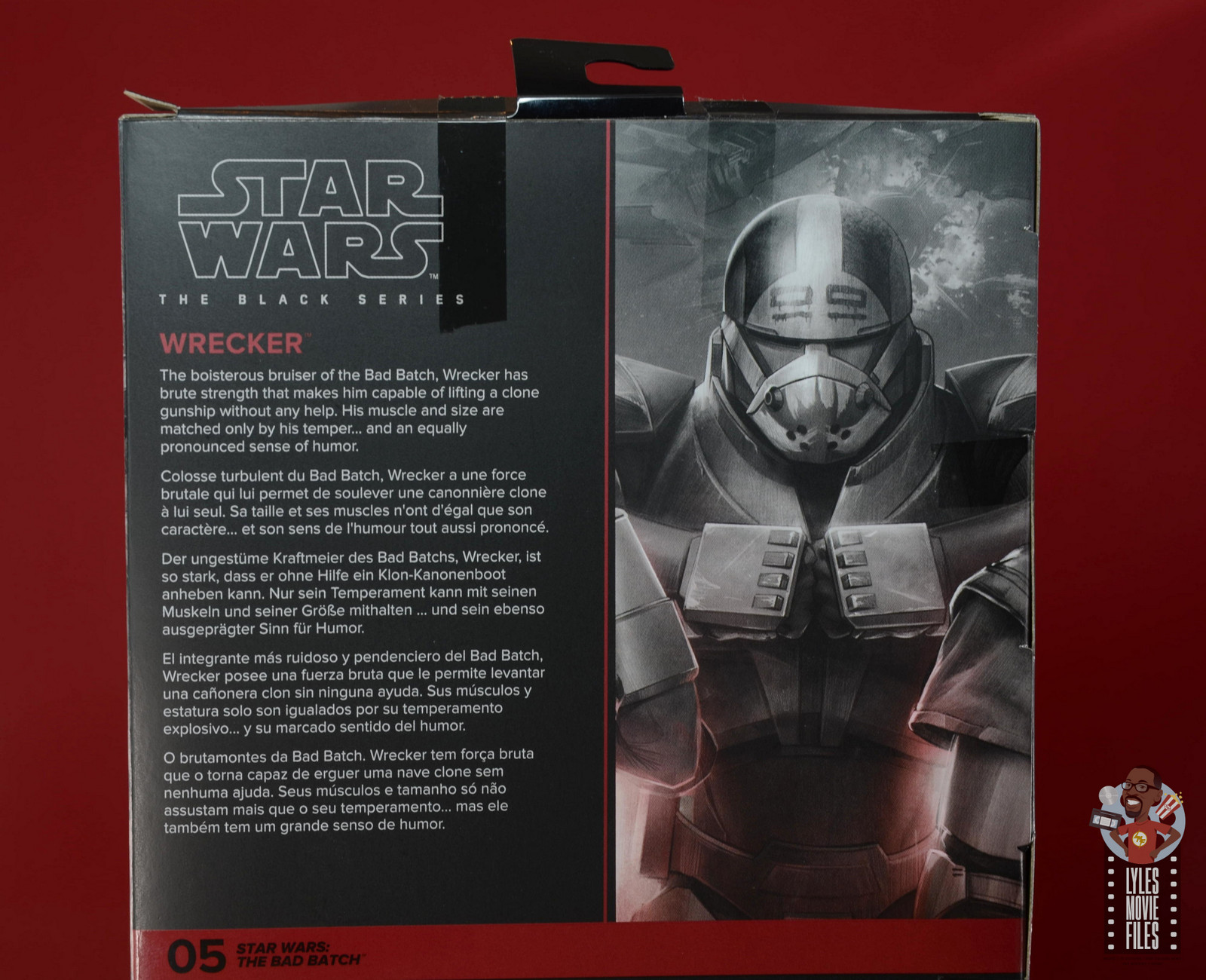 His bio is just as strong as the others with a good write-up of his personality and skill set.

Likeness: Wrecker has an appropriately larger frame with wide shoulders. His armor is somewhat egg shaped with a thicker front. I also dig being able to basically do the card portrait art pose, which is always cool. 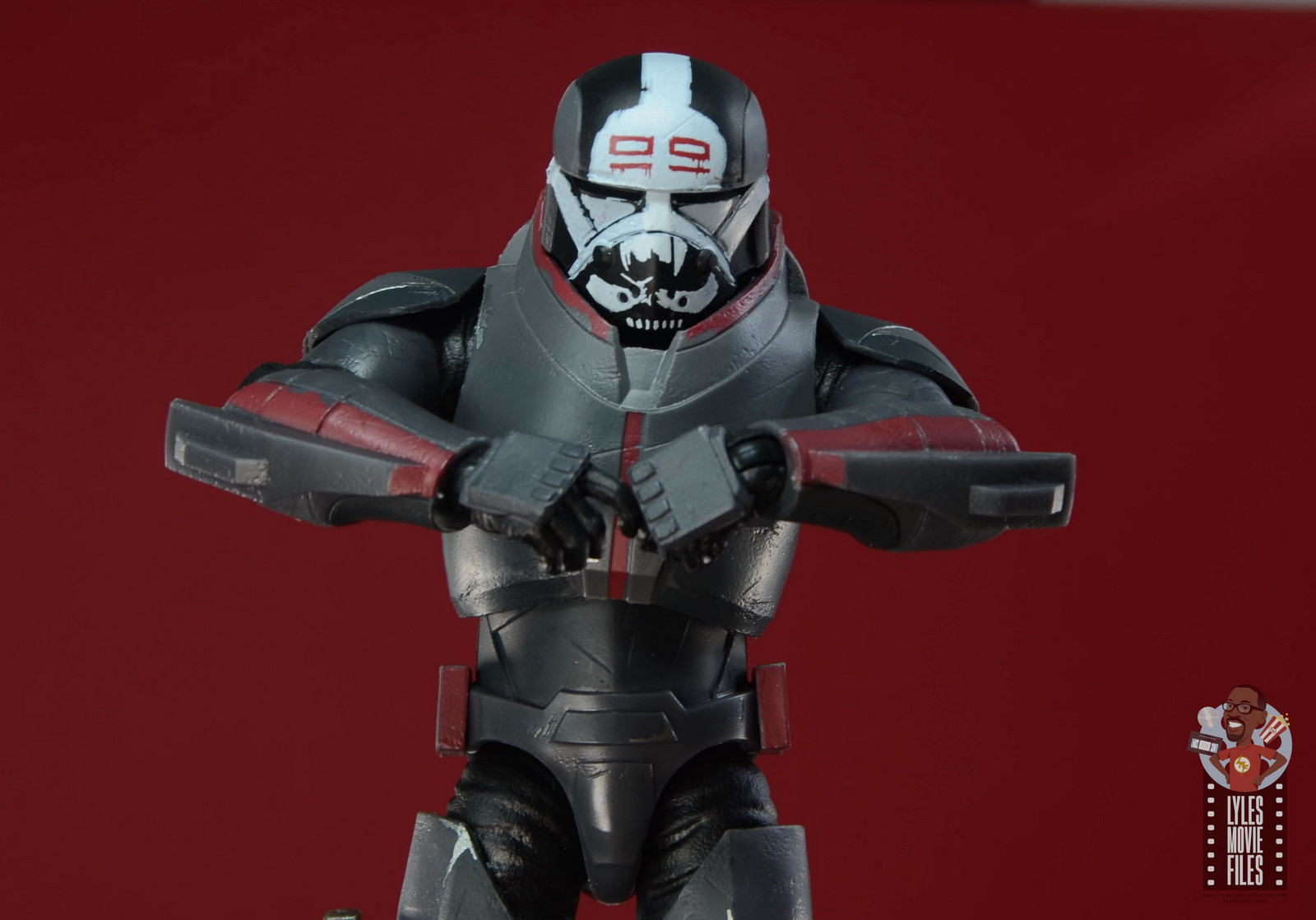 He shares the same basic armor setup as Hunter and Crosshair with most of his arms and legs covered. 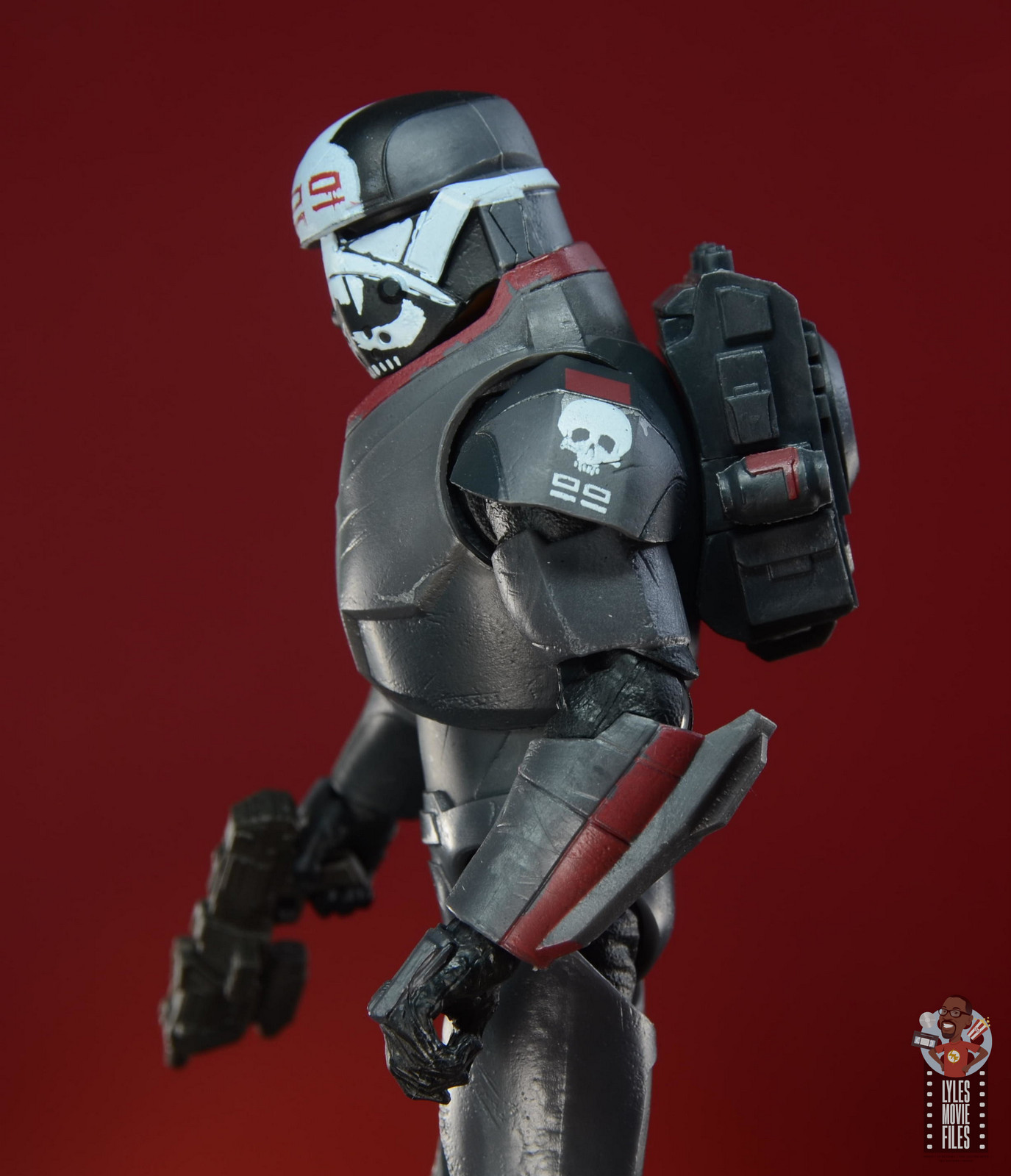 Like the others, Wrecker’s armor has scrapes and dents to show the damage it’s taken over the years. Fitting for Wrecker, his armor has more wear and tear since he tends to be the one leading the charge. 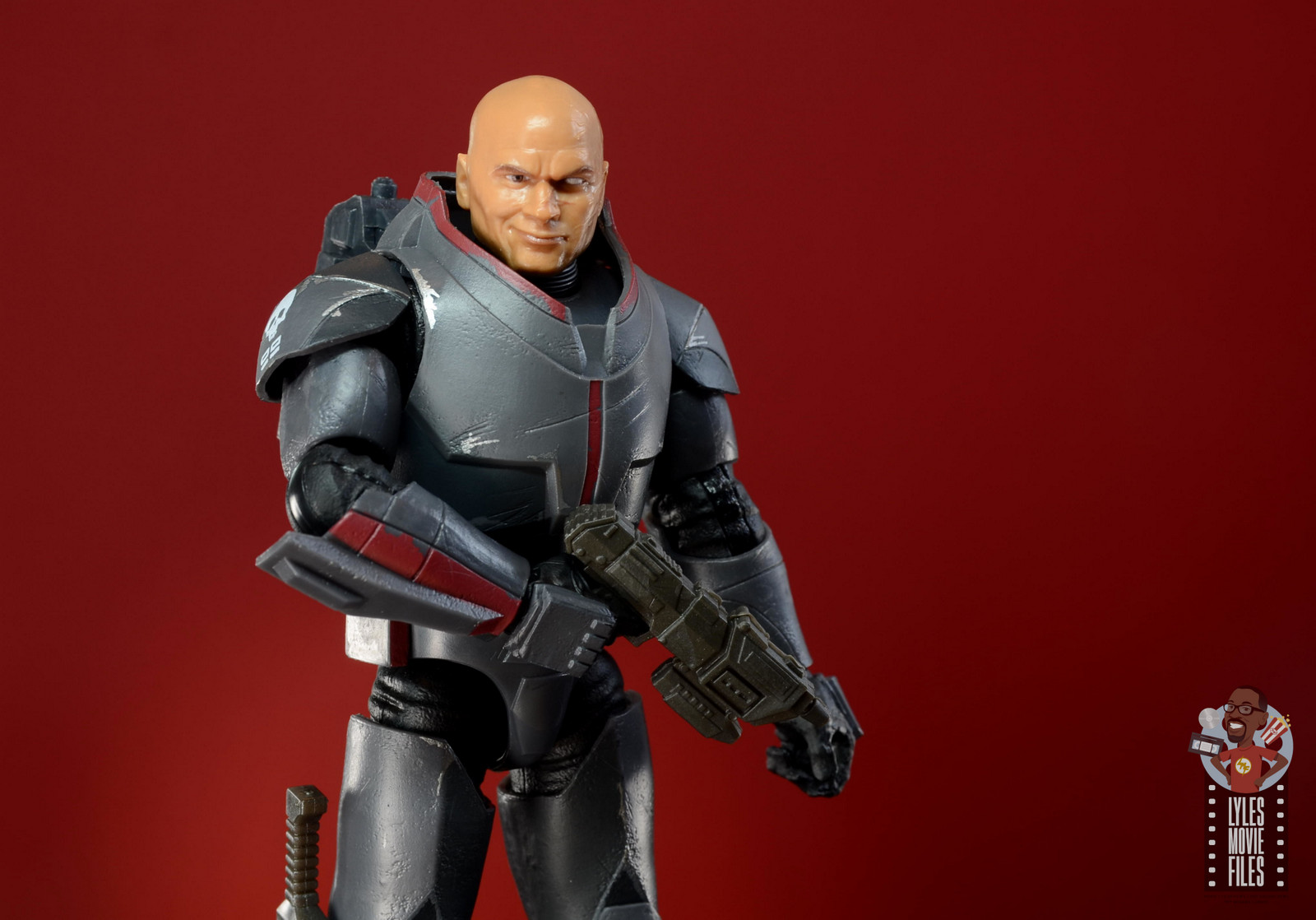 His unmasked portrait is a nice mix of the realistic style Hasbro does for animated characters. This sculpt also has a stronger likeness of Jango Fett with some mutations. The scars along his face are very well done and the smile conveys his personality well. 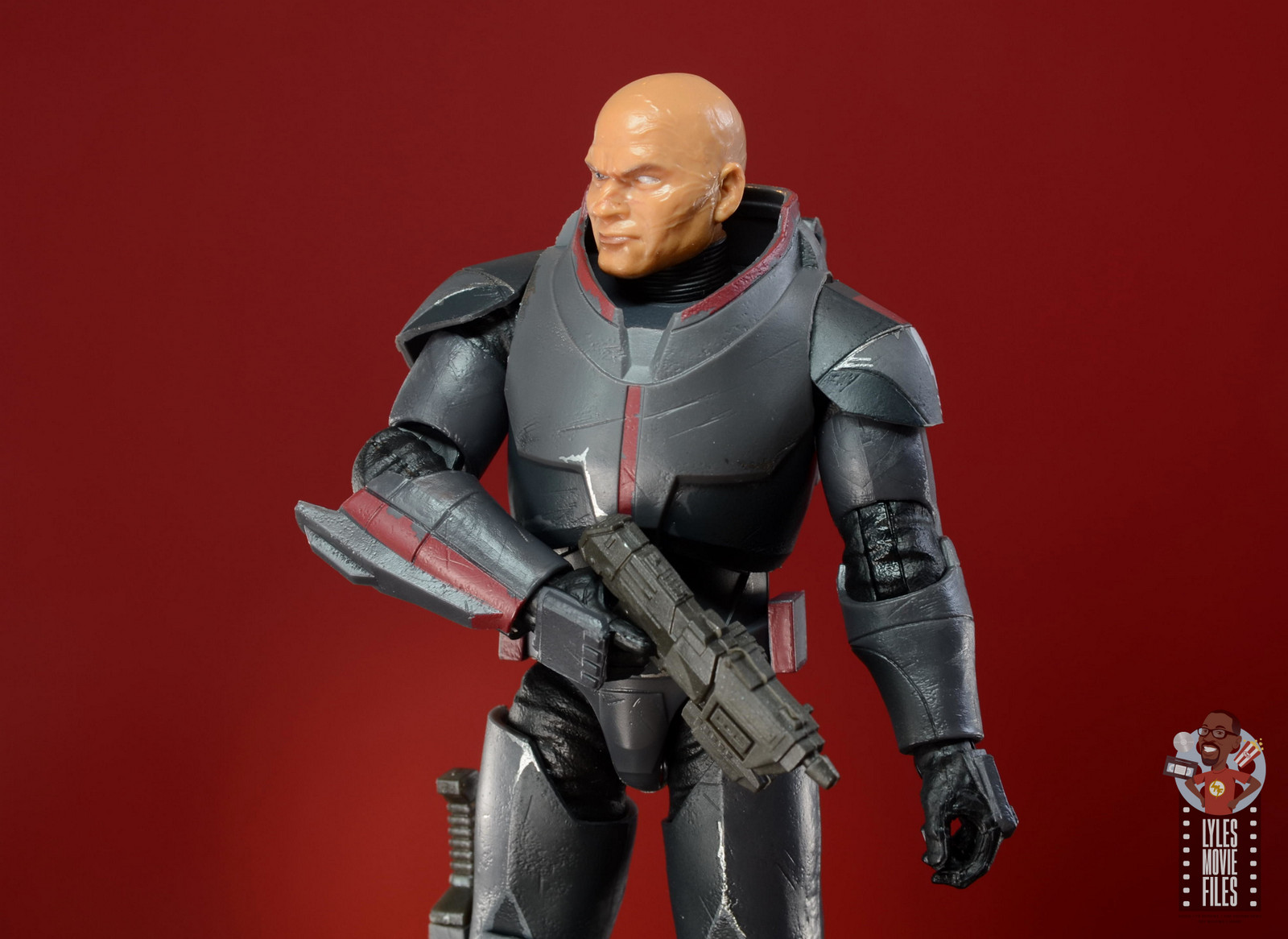 Paint:  Wrecker retains the dark grey armor of Hunter and Crosshair blending in with them perfectly.

He has more armor damage with silver scrapes along the armor, which you’d expect from the team’s hammer. 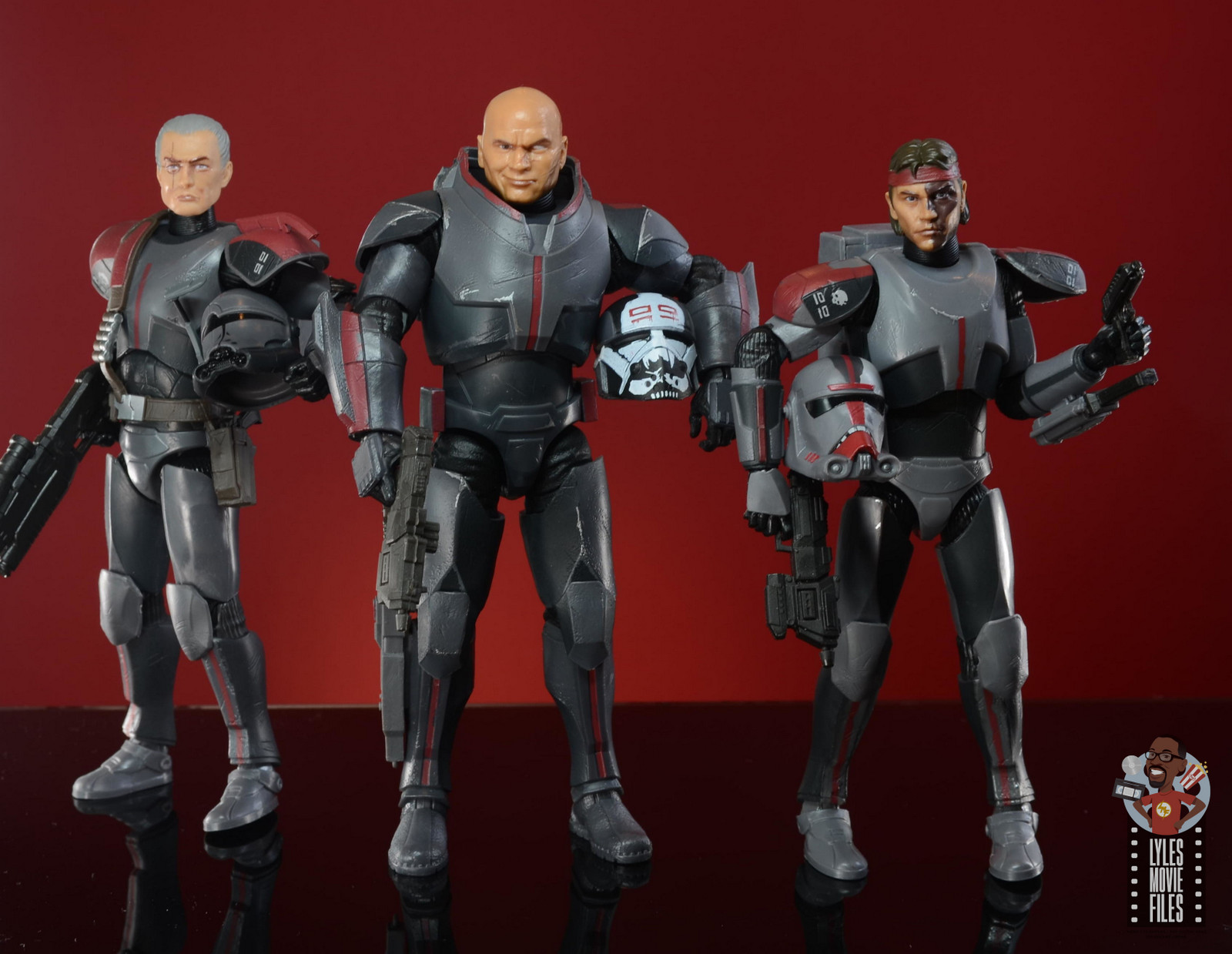 Scale: With his towering frame, Wrecker makes for an imposing member of the team and he is rightfully taller than the others. 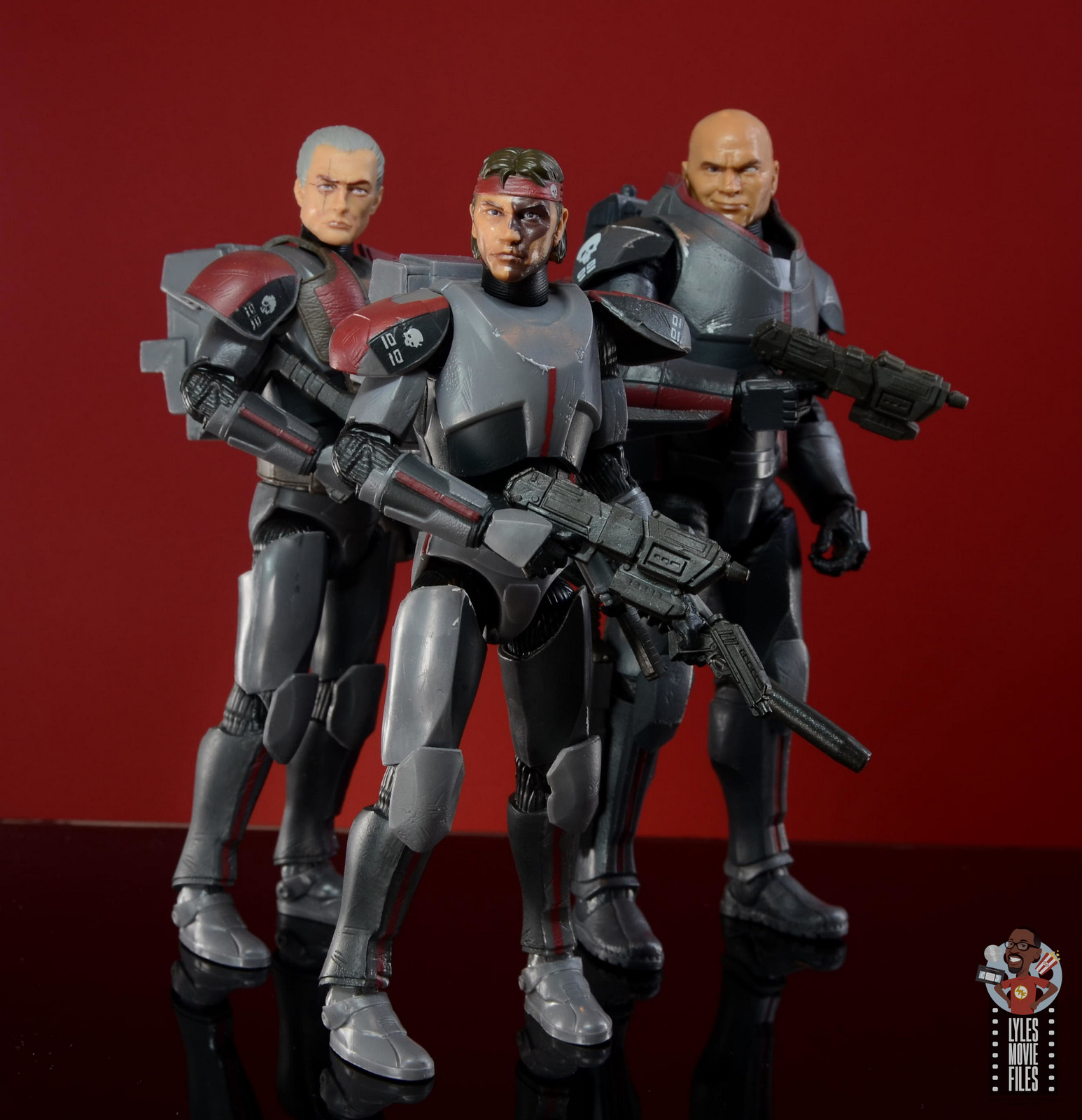 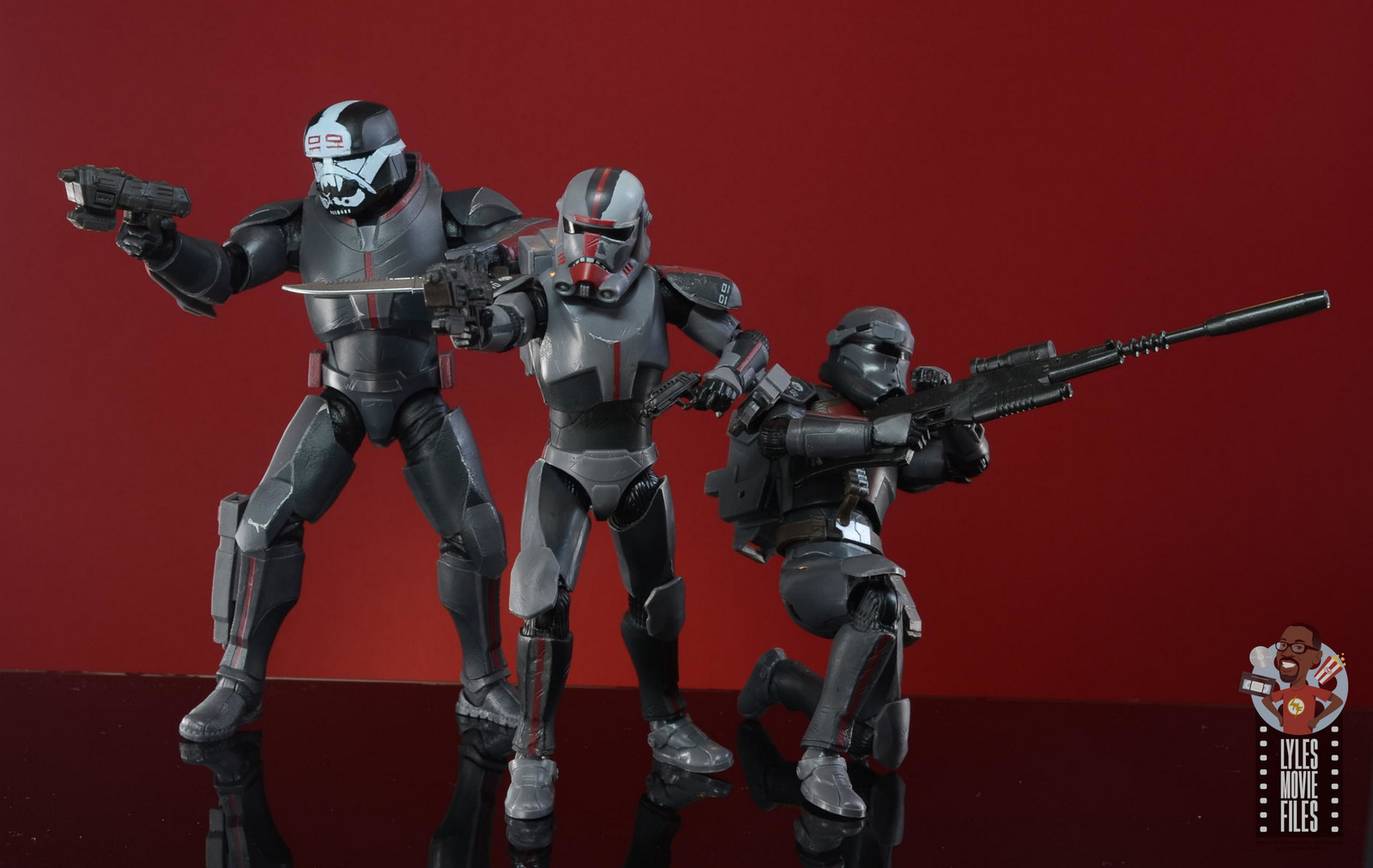 Articulation:  Wrecker features the same smooth articulation as Hunter so he’s a very smooth and fun figure to pose. I was impressed with how easily he could hit different poses despite the extra size.

The kneepad issue has largely been addressed as it’s not dangling off his knee like it does with Hunter and Crosshair. And he also doesn’t have the weak knee like my Hunter figure so he’s very stable. 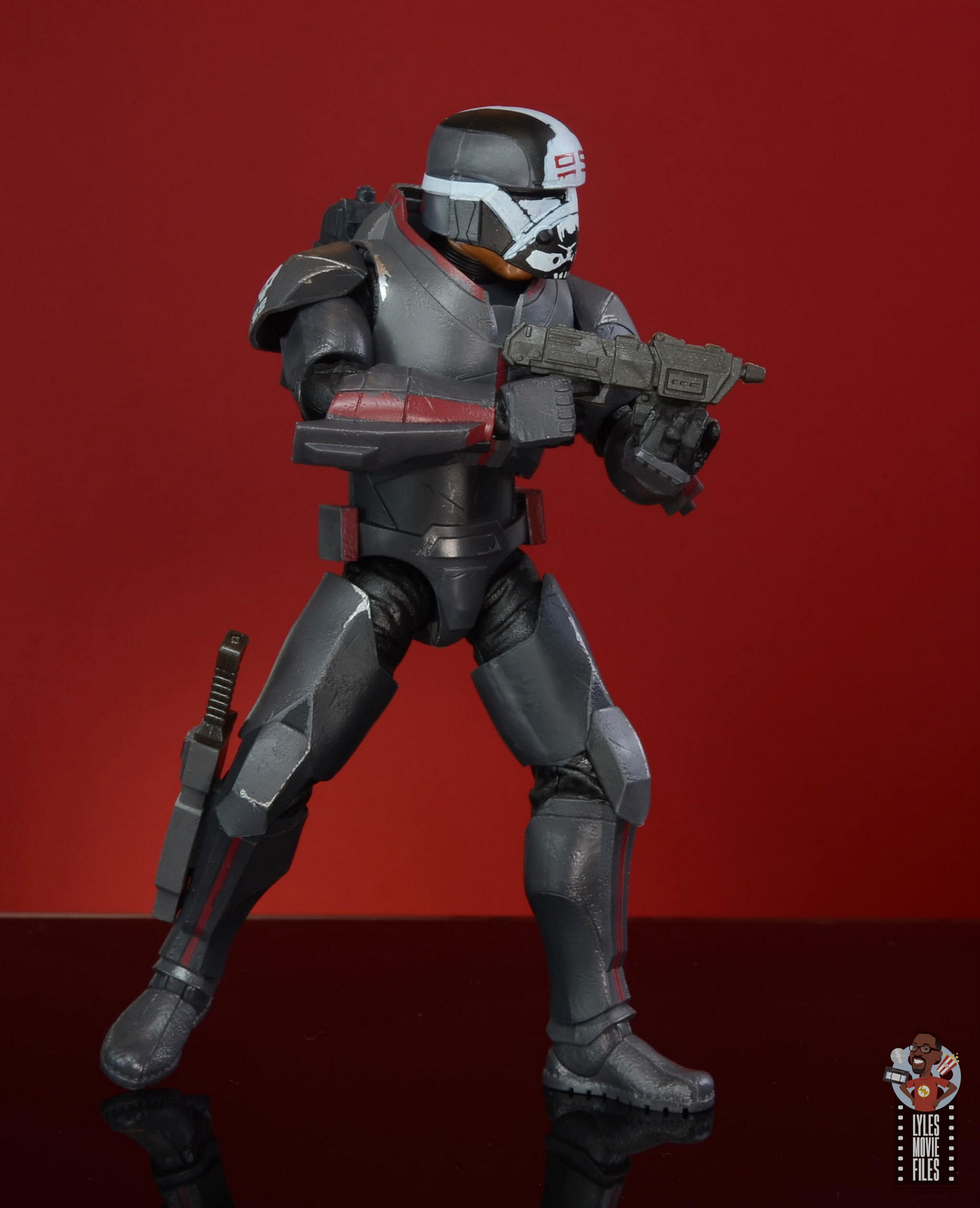 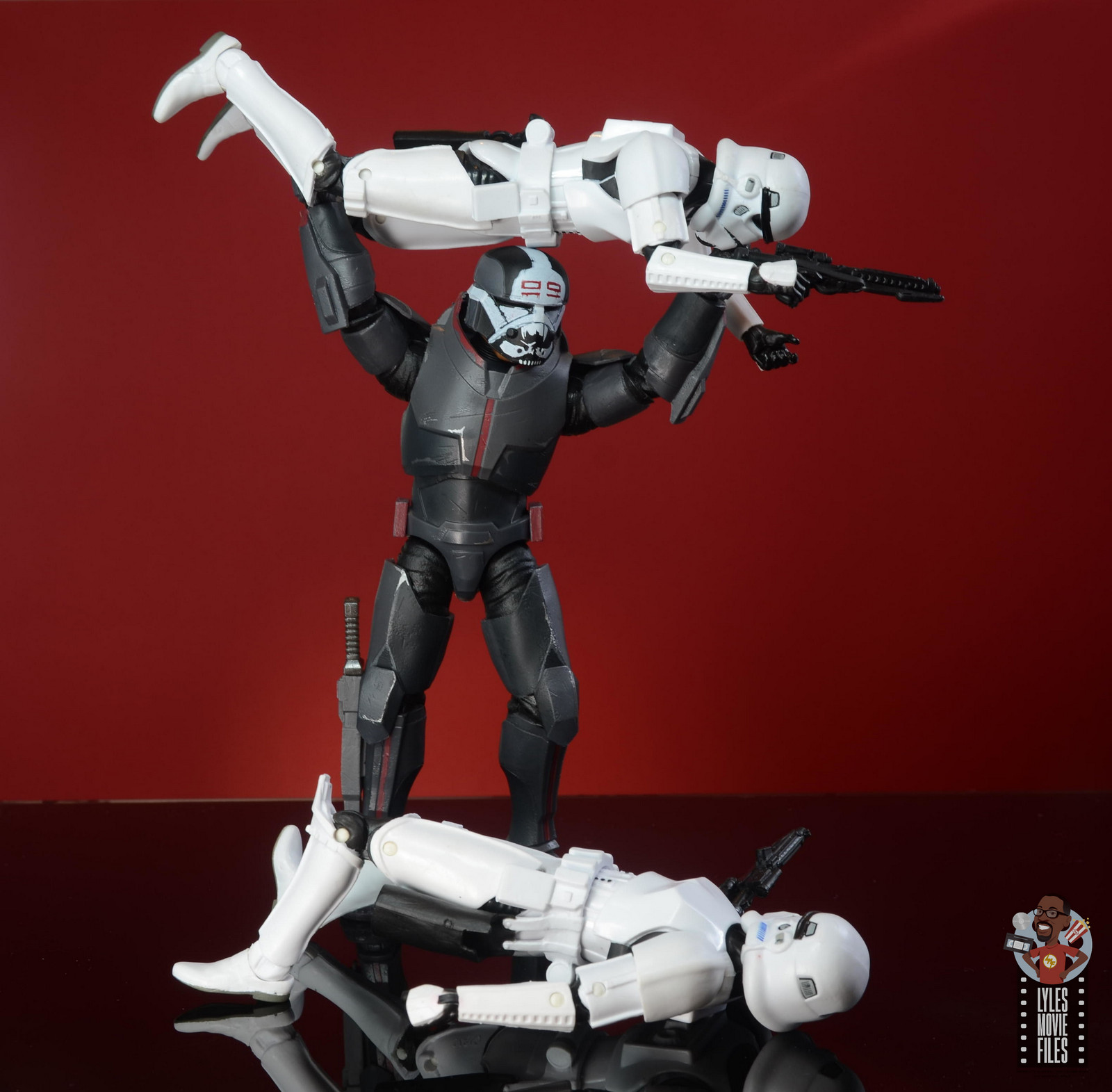 Accessories:  Wrecker has a decent setup of accessories. He’s got the obligatory helmet. Wrecker’s has the most intricate and coolest paint job with the open jaw reminiscent of a goalie’s mask. 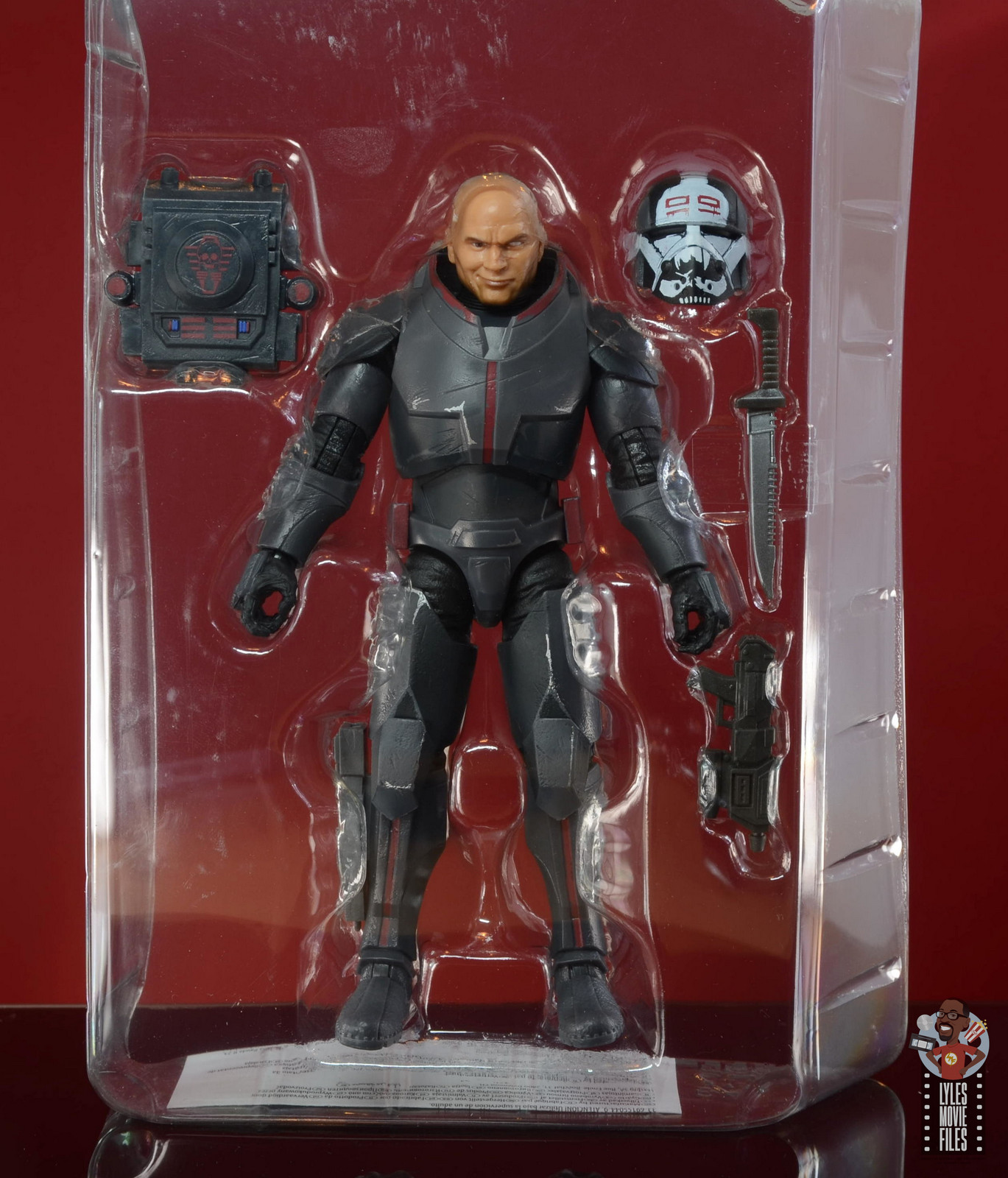 Wrecker also has a long blade that fits in his sheath. It has a terrifically sculpted serrated edges. 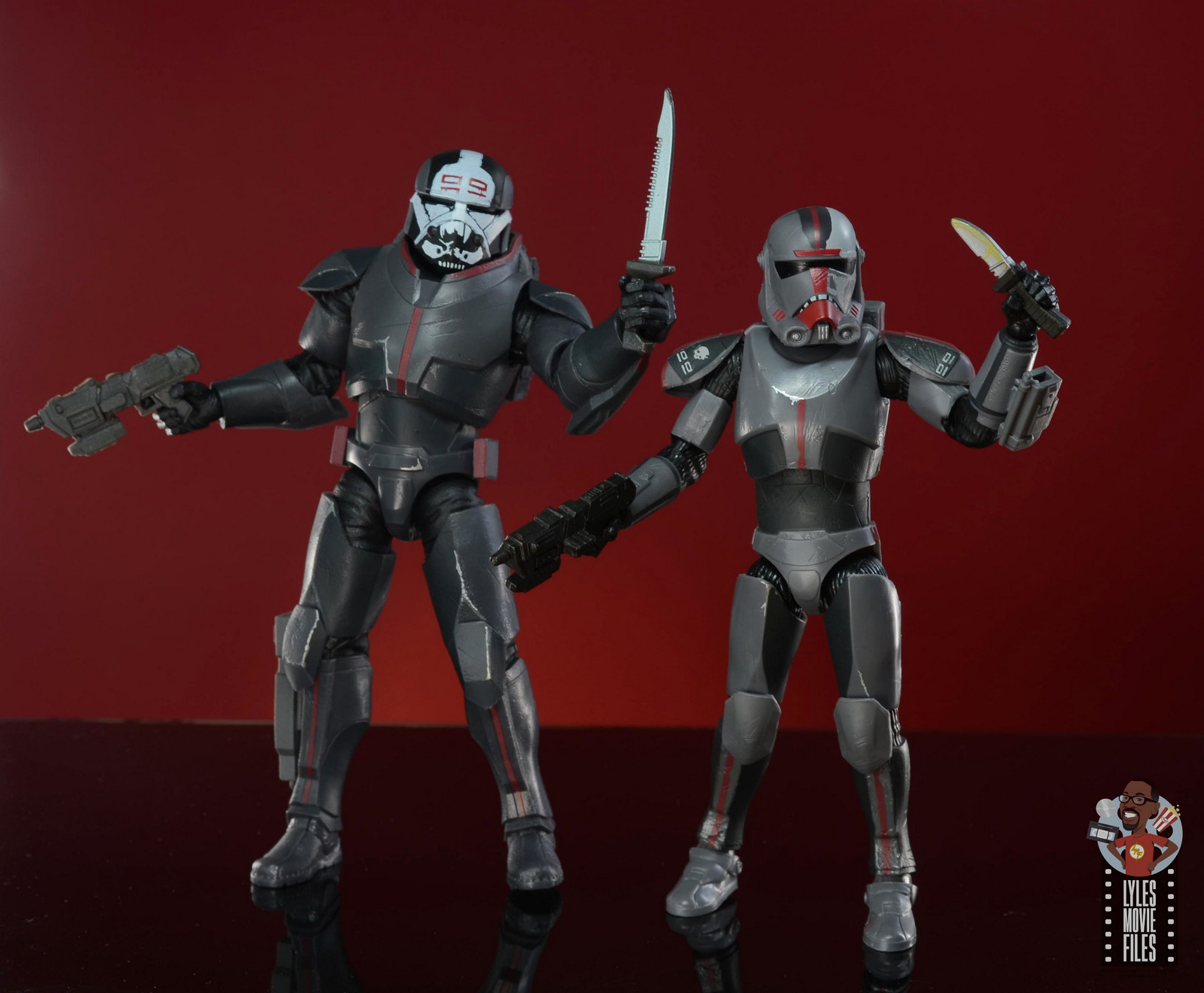 His larger backpack is well sculpted with small panels, grooves and scratches with a crisp paint job. 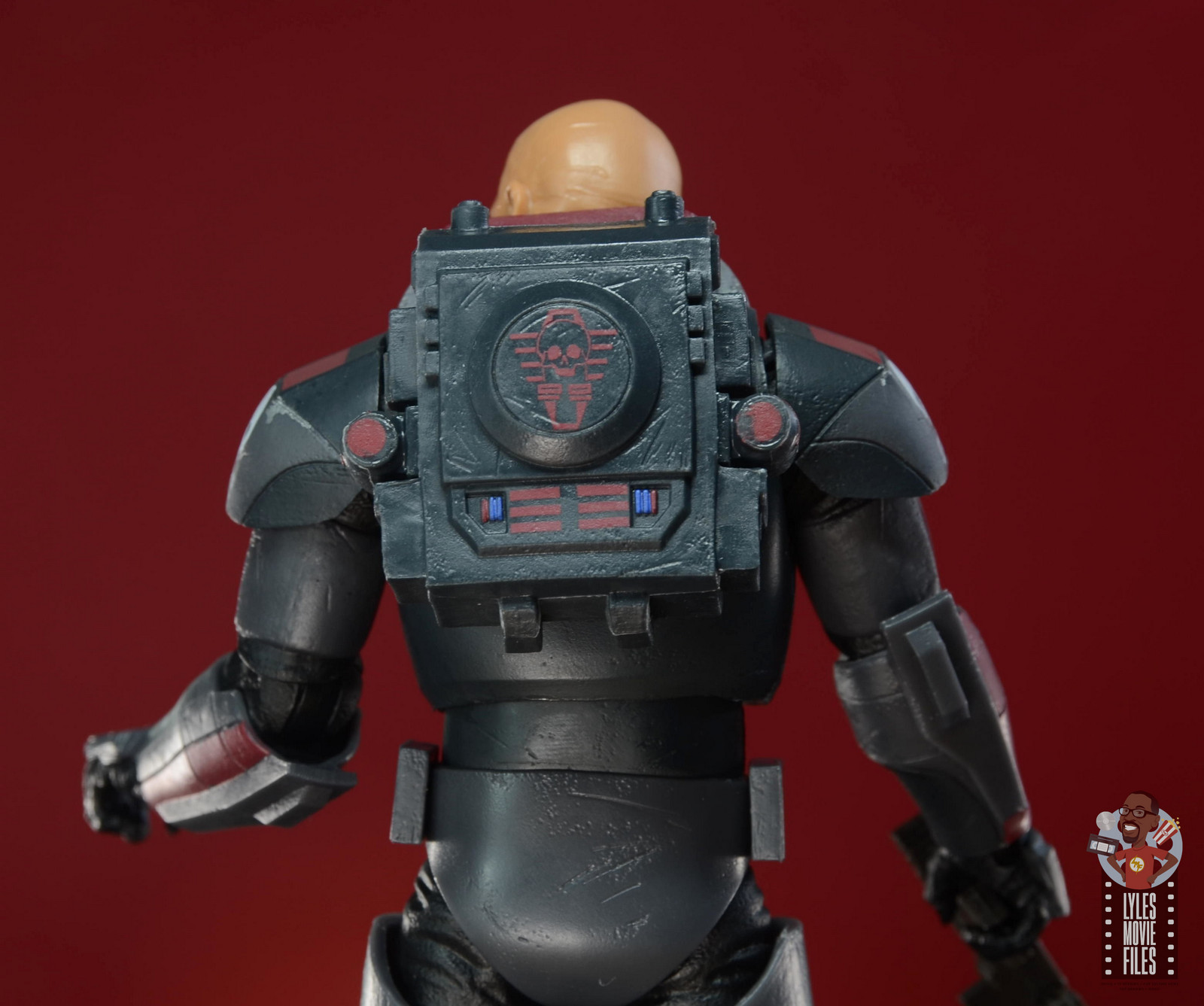 Despite his larger size, Wrecker doesn’t have a massive, oversized blaster and is a reuse of the one that came with Hunter. 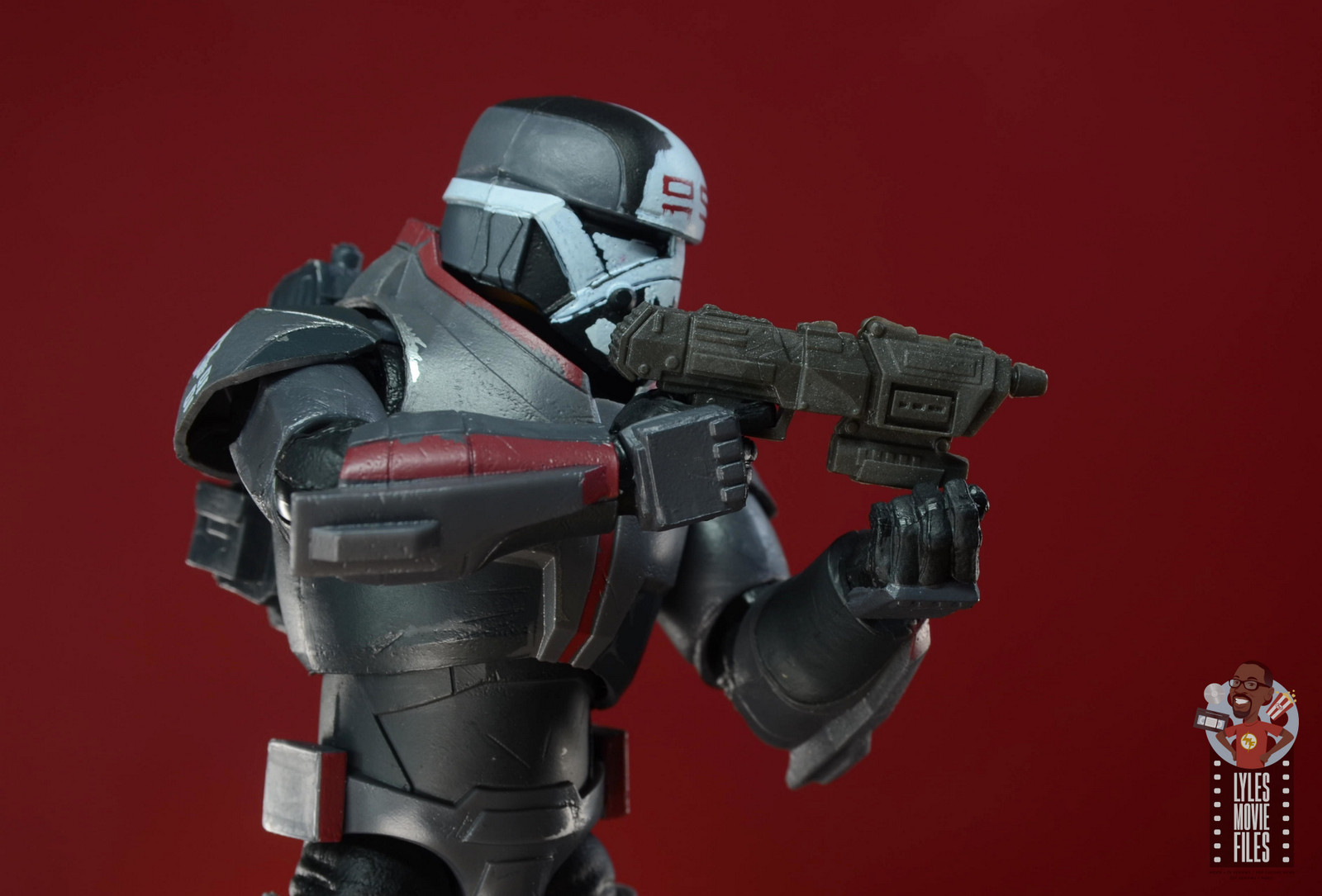 Worth it?  I picked up Wrecker for $29.99. Even with his slightly larger size that’s not a great deal. Ironically, he’s up to this point avoided the price increase of other Black Series figures. 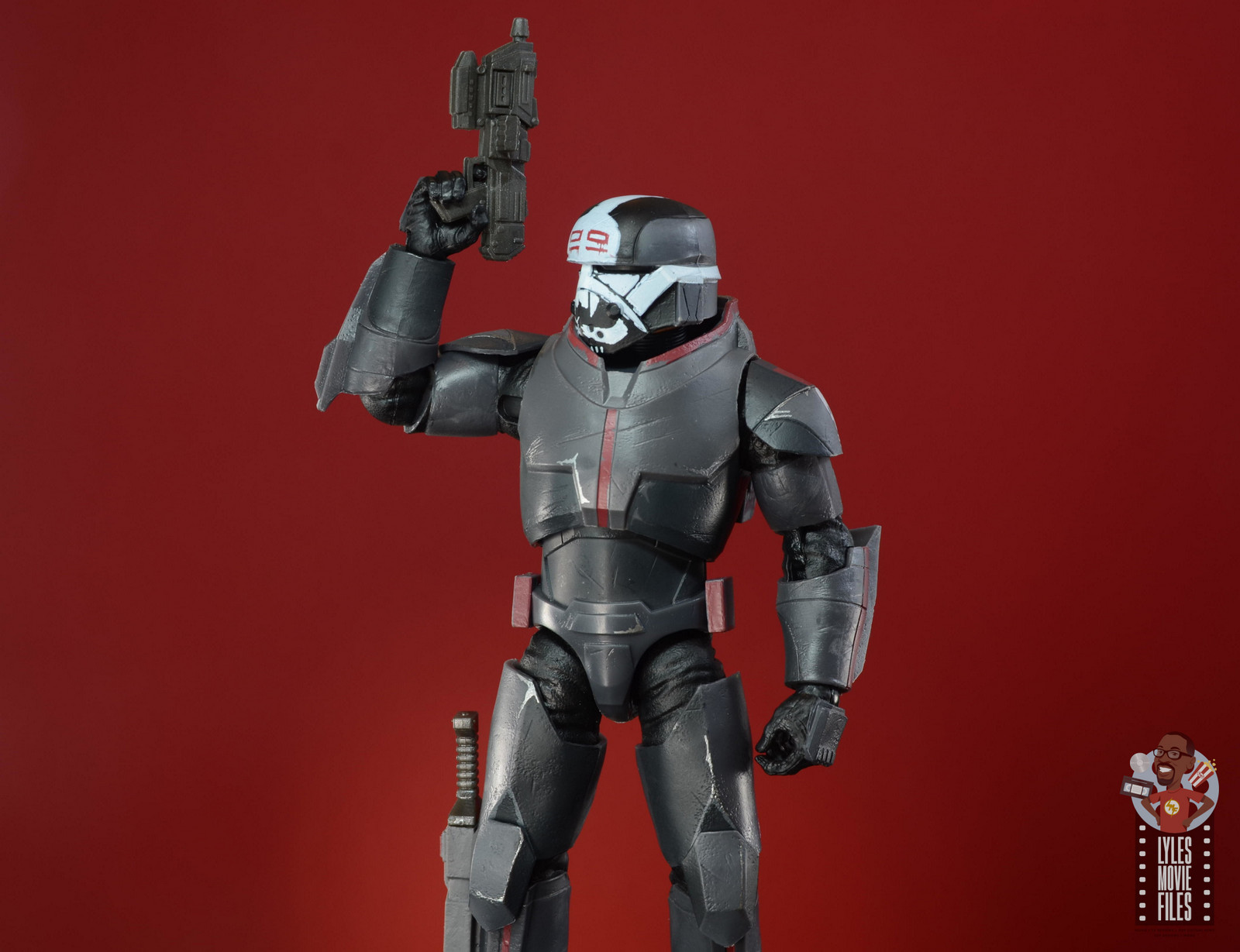 My lone gripe about the price doesn’t distract from Wrecker being a really fun figure. He adds some size and height to the Bad Batch and overall makes the team look better.

Where to get it?  You shouldn’t have much trouble finding Wrecker at Target and Walmart stores. Failing those options, you can grab him from Amazon or Entertainment Earth. Target has him in stock now for $24.

As an Amazon Associate and a Target/Entertainment Earth affiliate, I earn from qualifying purchases.