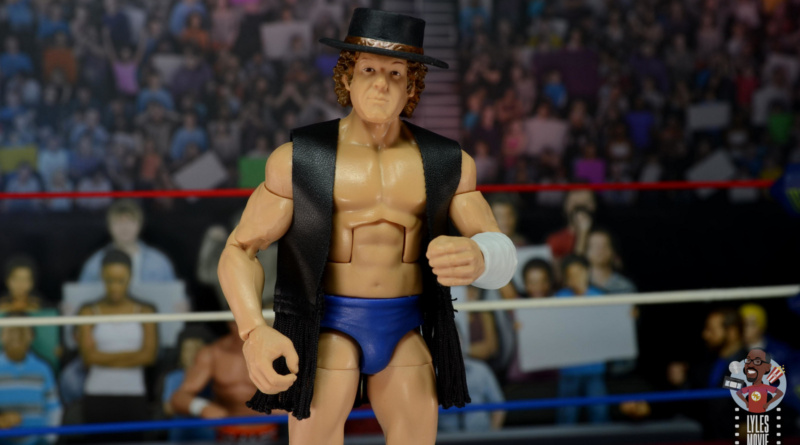 Back in the old days of Legends, Mattel released an excellent “Cowboy” Bob ‘Ace’ Orton figure. It just lacked his signature cast, but in all other aspects it was hard to see a need for another one.

Mattel did recognize it’d been a while since that last Bob Orton figure. And Orton was a big enough 80s player to warrant his own standalone figure. The previous one came in a two-pack with Rowdy Roddy Piper. And Mattel addressed a few omissions for this Legends Series 13.

Let’s see if this figure of Ace trumps the earlier one.

Packaging:  The Legends line remains my favorite of the WWE package set ups and just overall figure lines I collect. I love the gold, brown and yellow color combination along with an actual iconic portrait of the character. It makes for a nice, classy presentation.

Nobody does better figure bios than Mattel with the Legends line either. This is a great summary of Orton at this stage of his career in early 1986. 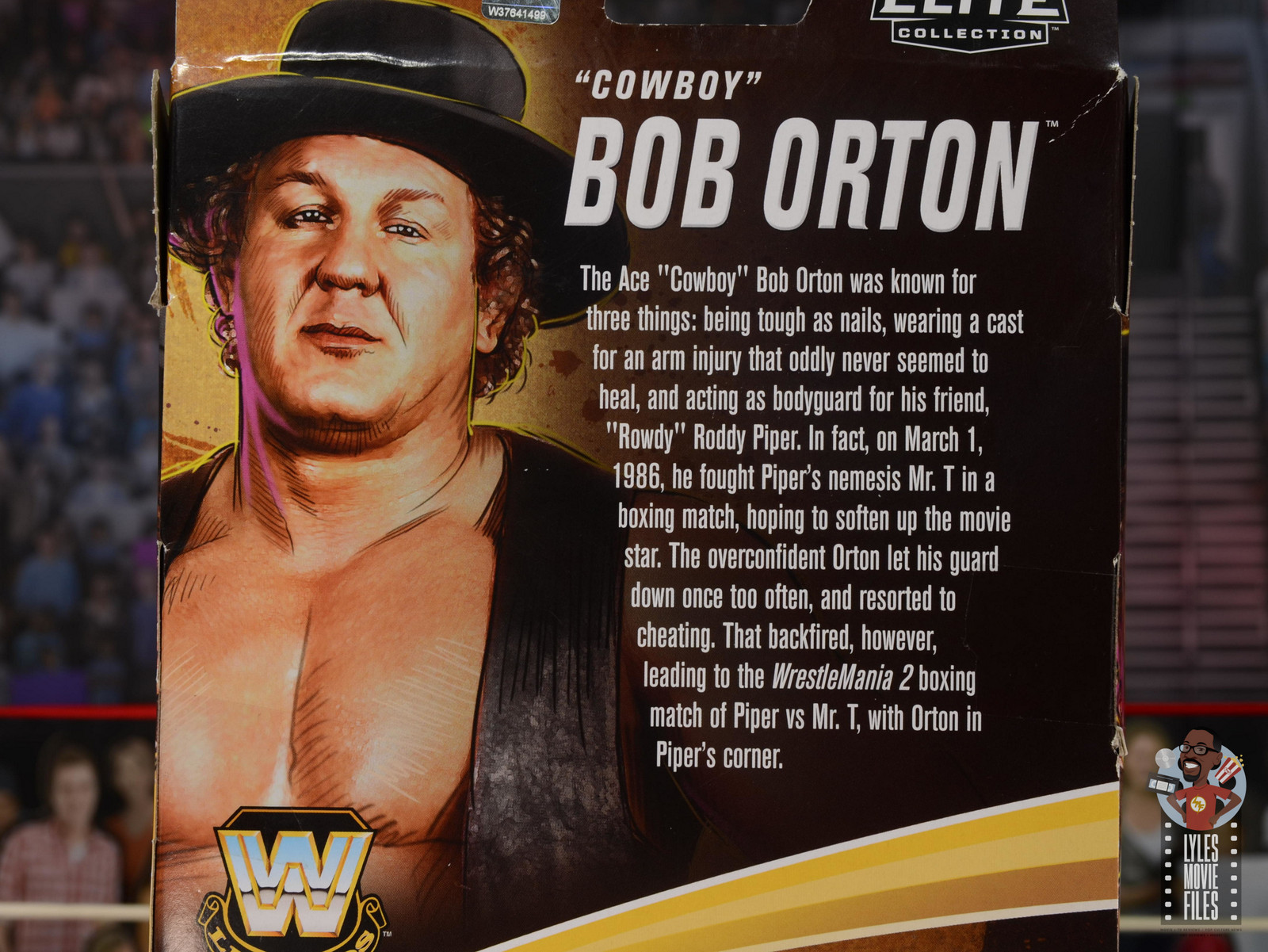 Likeness:  I can’t see a significant upgrade with the True FX head sculpt. That’s not an issue since the original sculpt was very good and nailed Orton’s likeness. 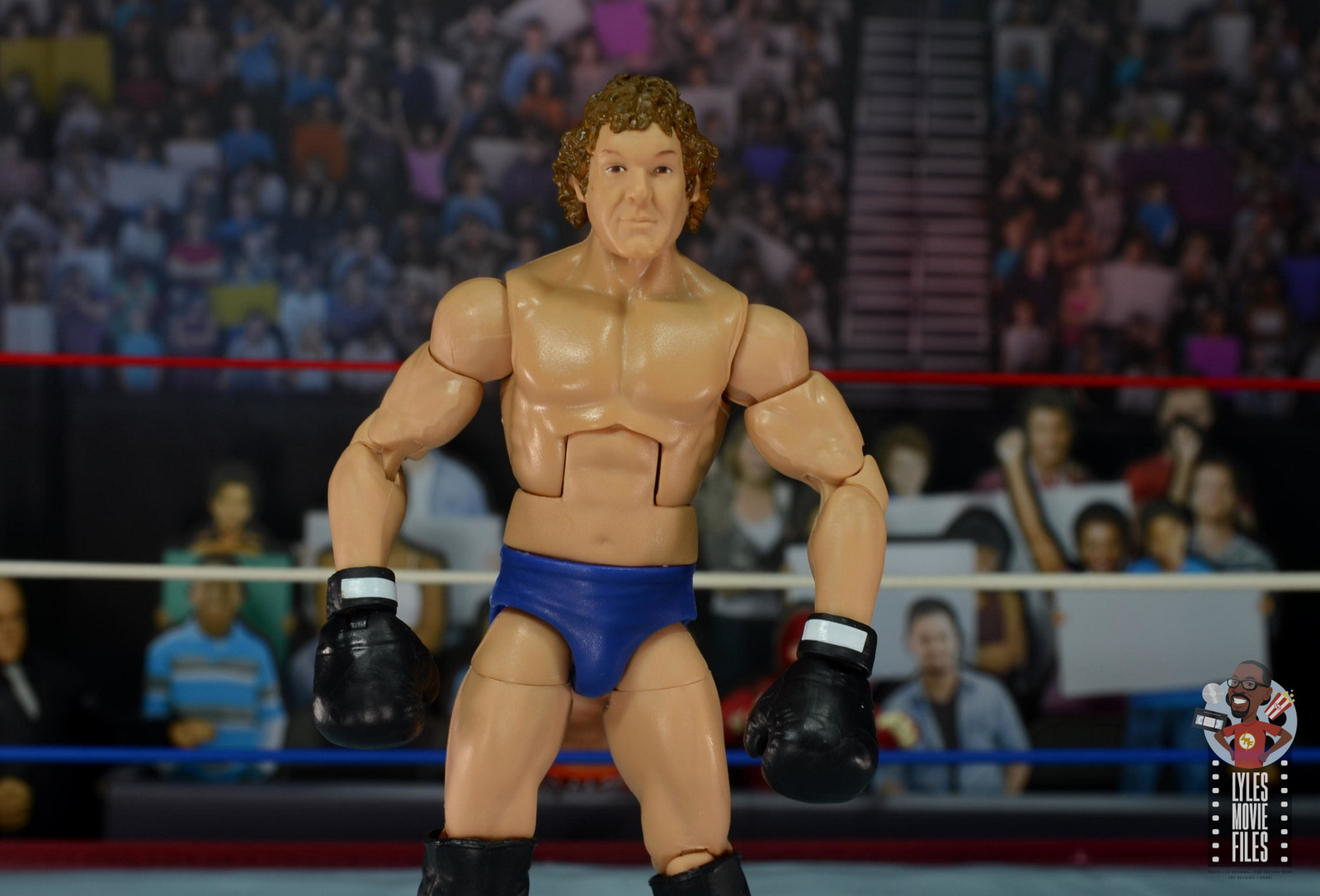 Again, Mattel went with the slender torso for Orton. Ideally, Mattel would have created an in between slender and Bulldog thicker torso for guys like Orton, Piper, Arn Anderson and Ric Flair. It’s the best option of the available choices for Orton. 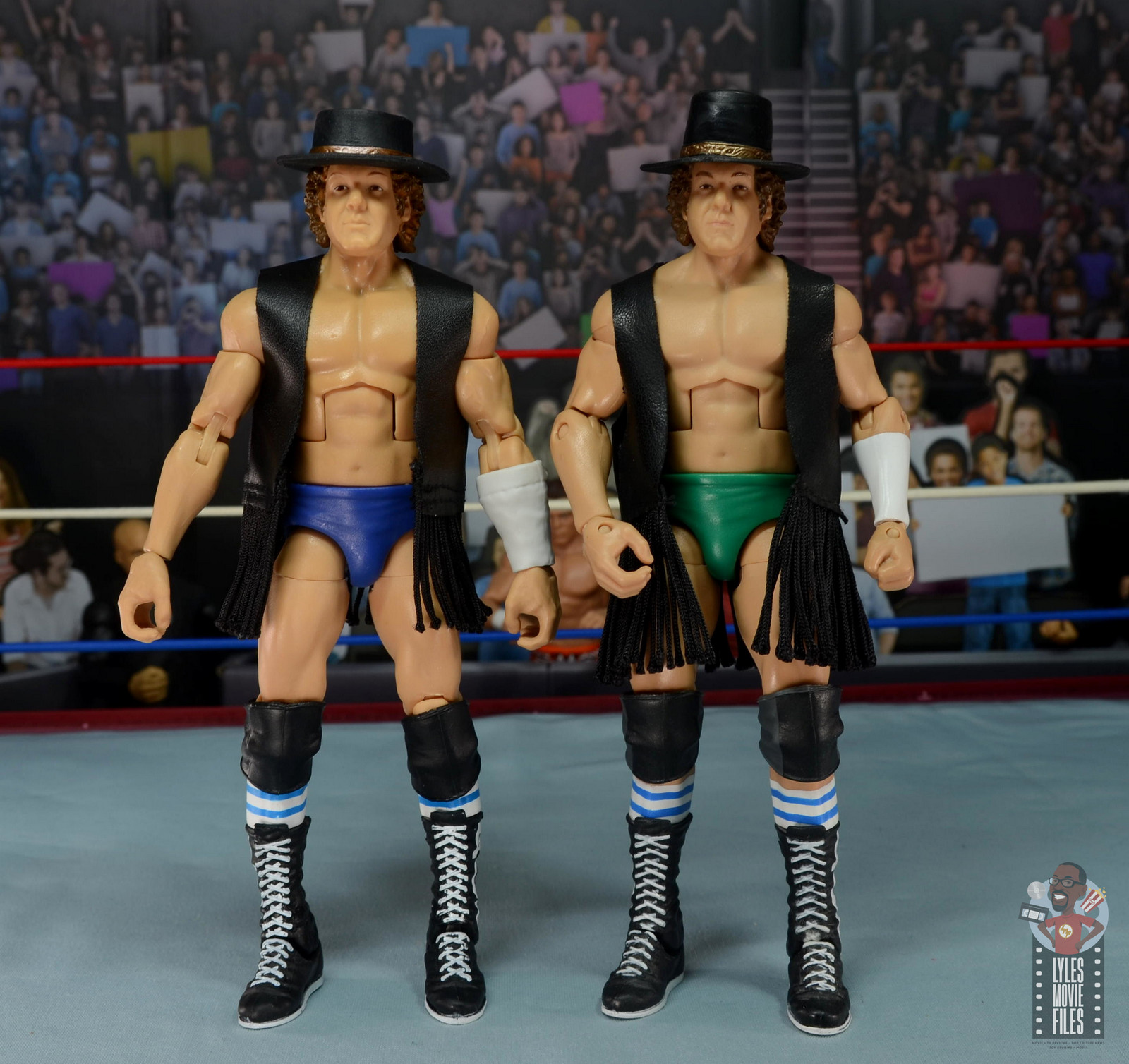 As a basic tights and boots guy, there’s not much flashy about his attire although I appreciate Mattel giving Orton the more flexible kneepads. His default hands are black boxing gloves, which he used in his boxing match against Mr. T on Saturday Night’s Main Event. 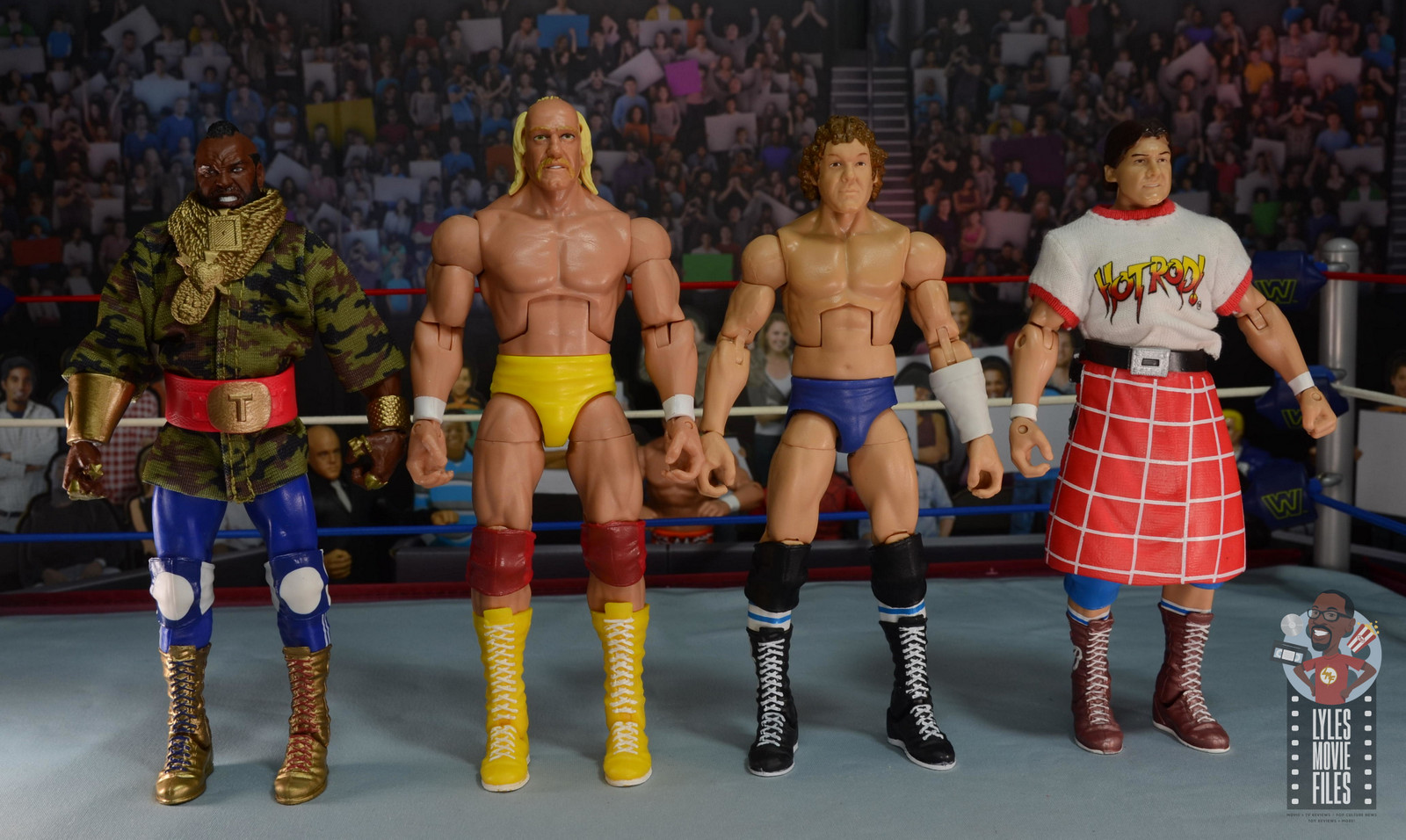 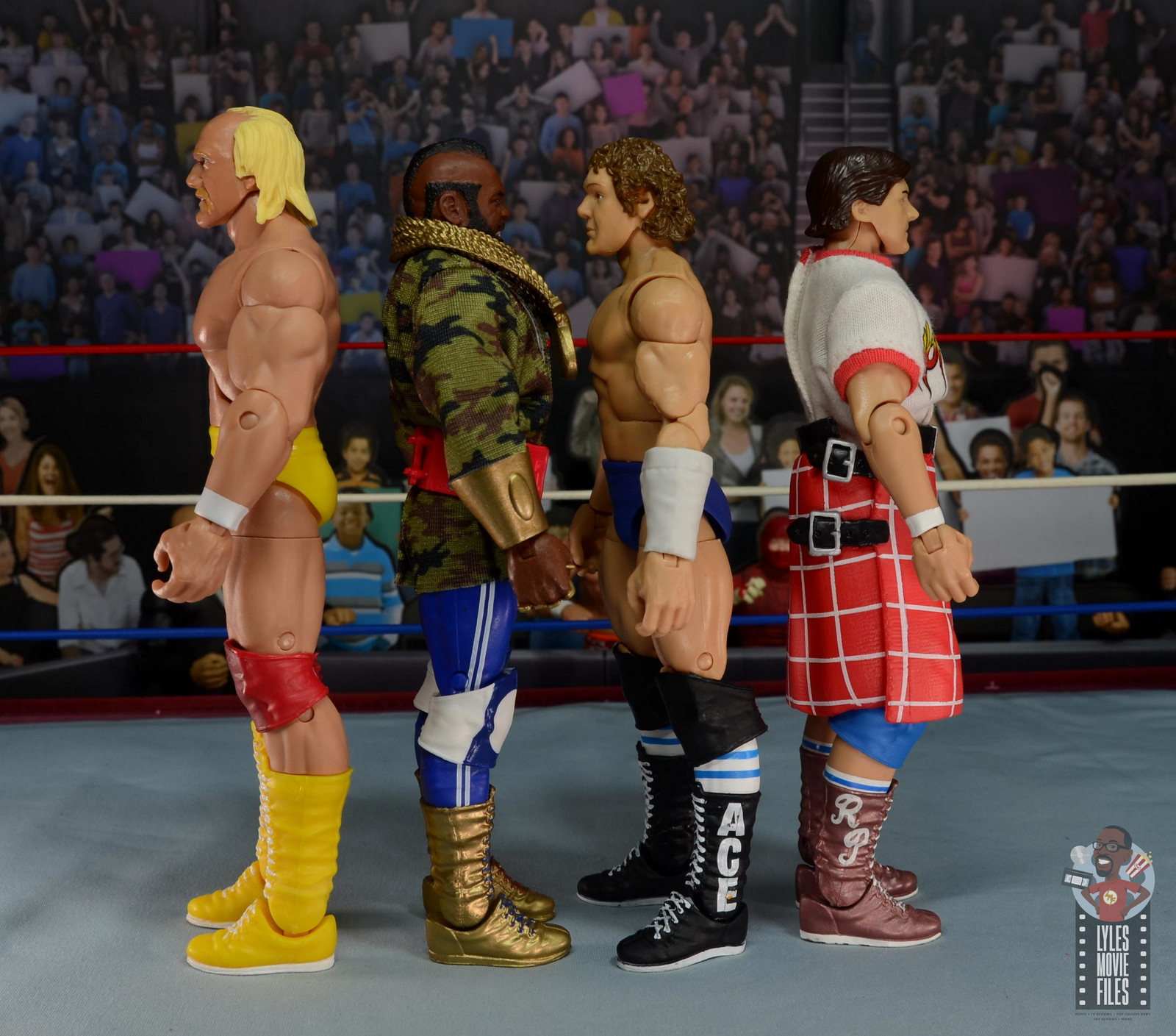 Paint: Orton has some smaller paint issues on the various figures in my area. It’s typically around his eyes and face with random splotches and black marks. Nothing too bad, but it’s nice to be able to sort through the pegs for the best option. 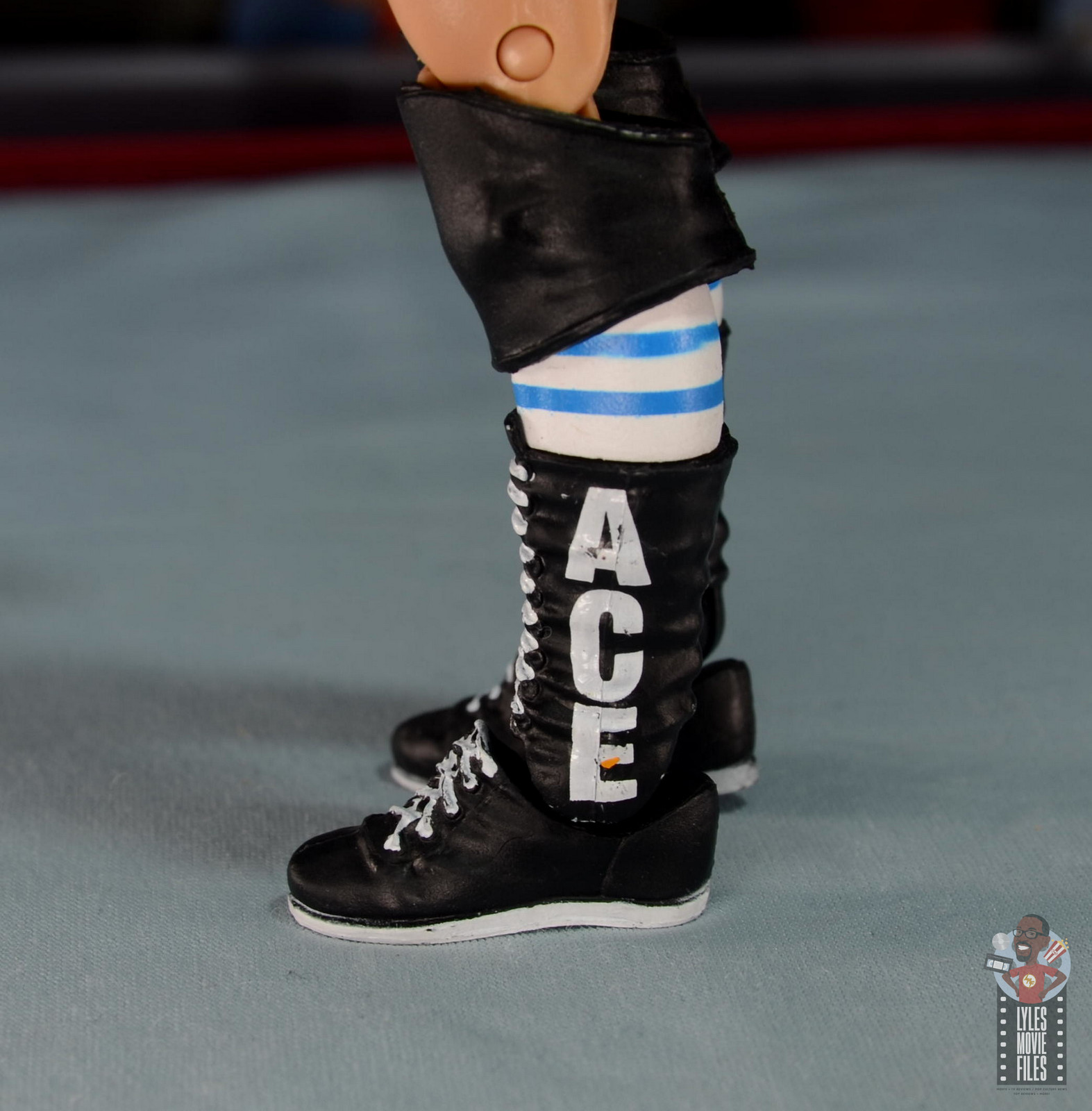 I like the blue tights. Beyond the fact that they’re accurate to the event, it’s nice Mattel didn’t go for black tights as that would have been a boring option. 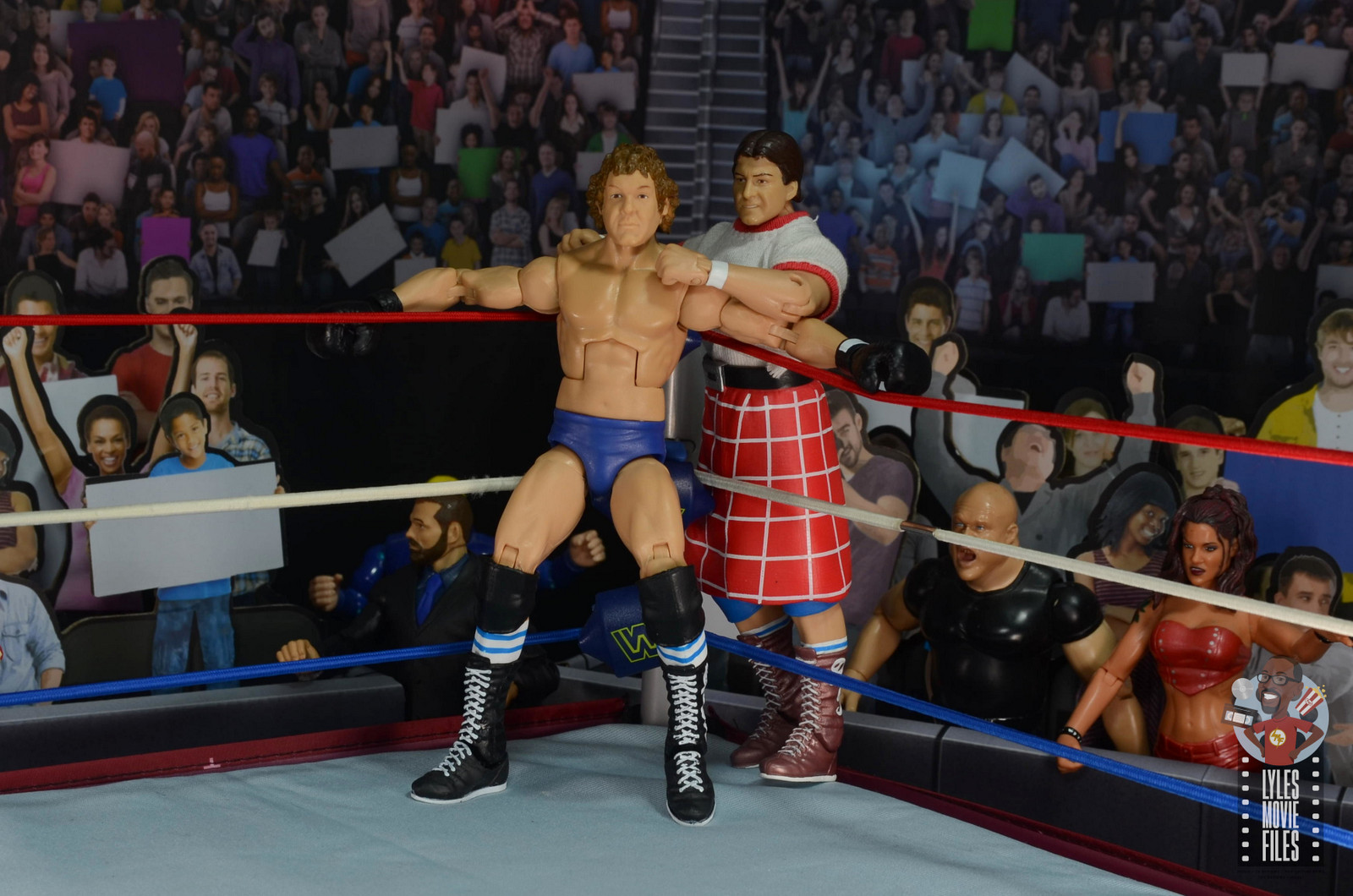 Articulation:  Orton is mostly the same as the previous figure, but the enhancements — namely the double-jointed elbows — add a lot. 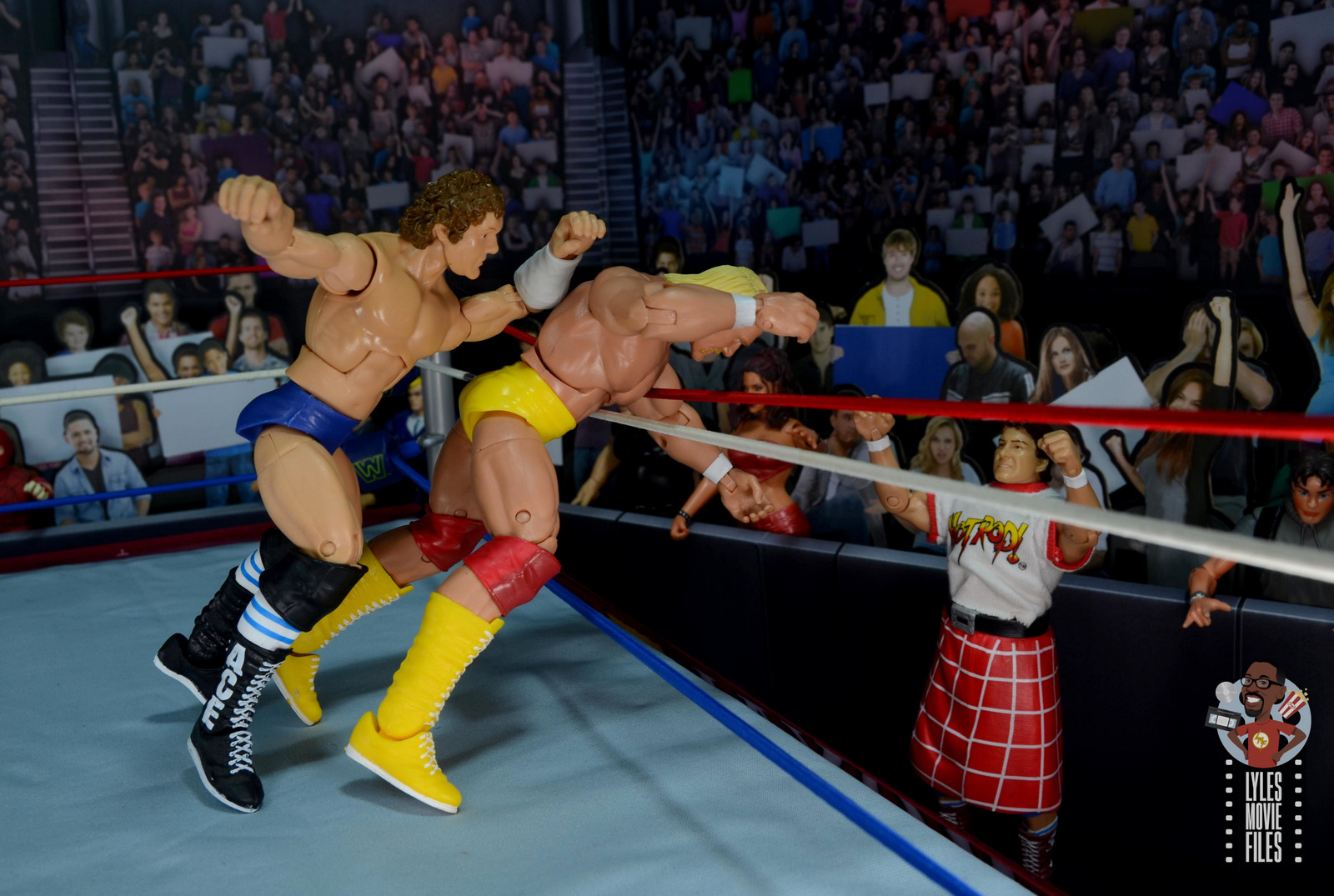 For a wrestler’s wrestler whose finisher is a superplex, the additional range from the double-jointed elbows helps with poses immensely. And they also are invaluable for boxing stances. 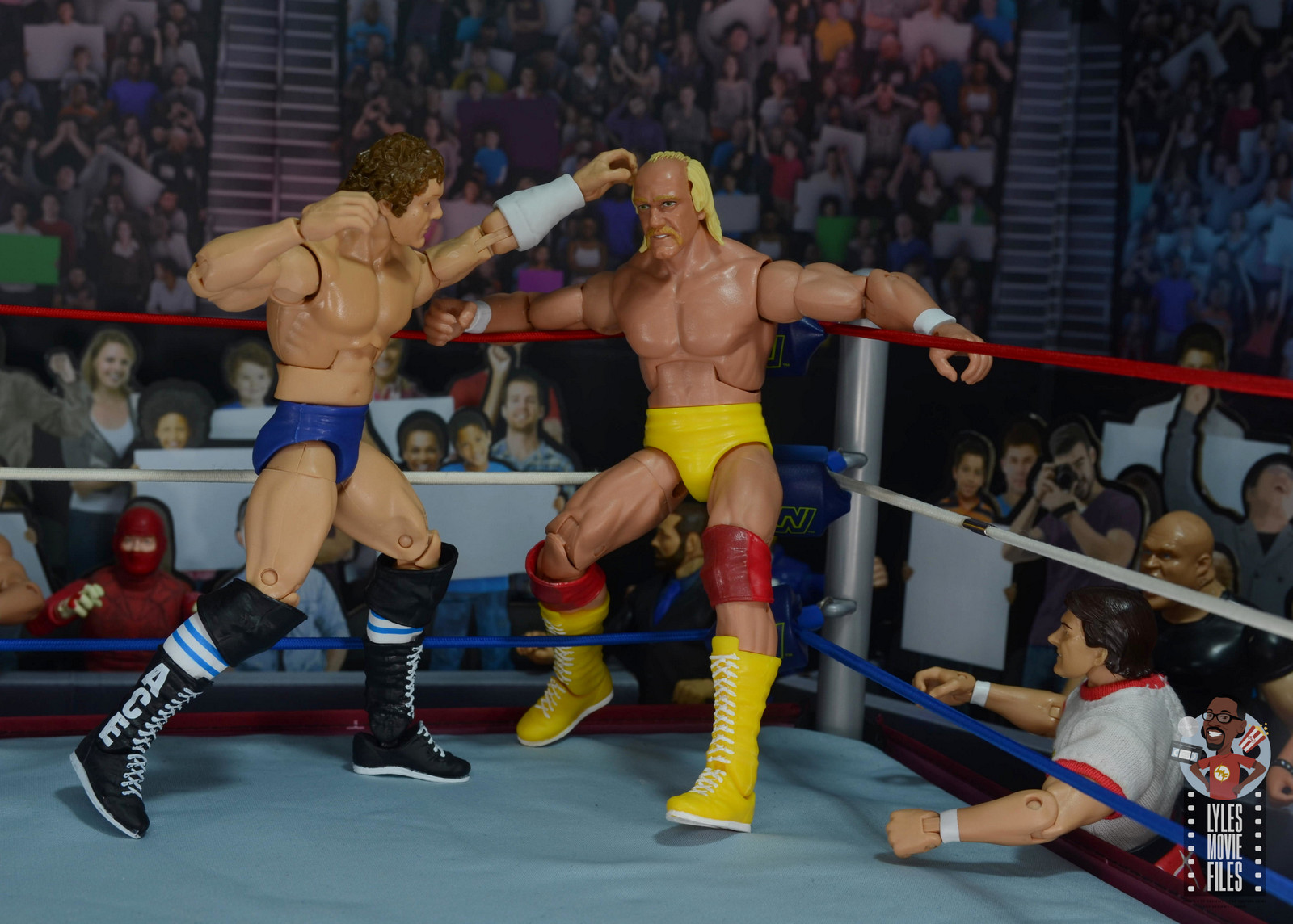 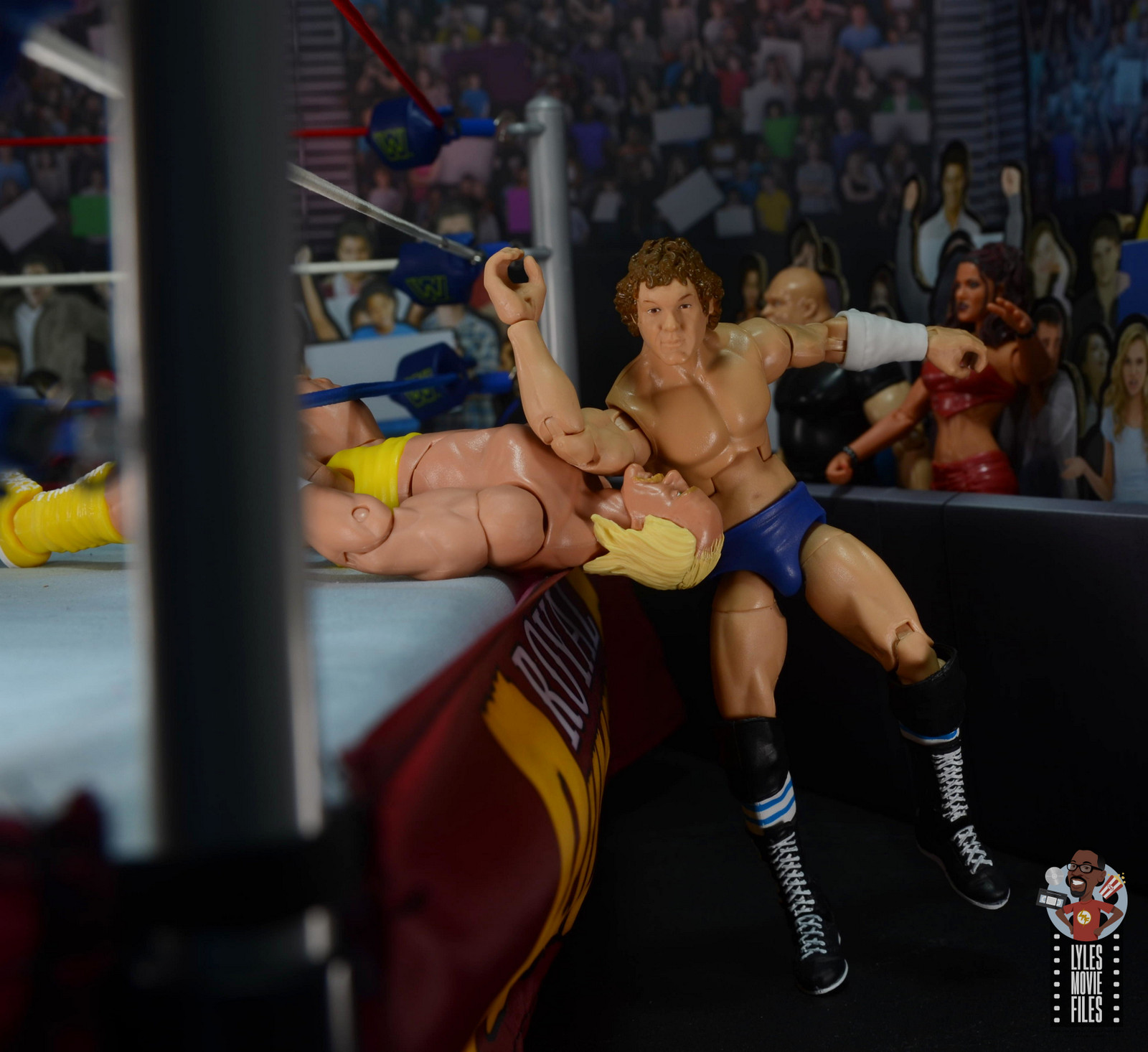 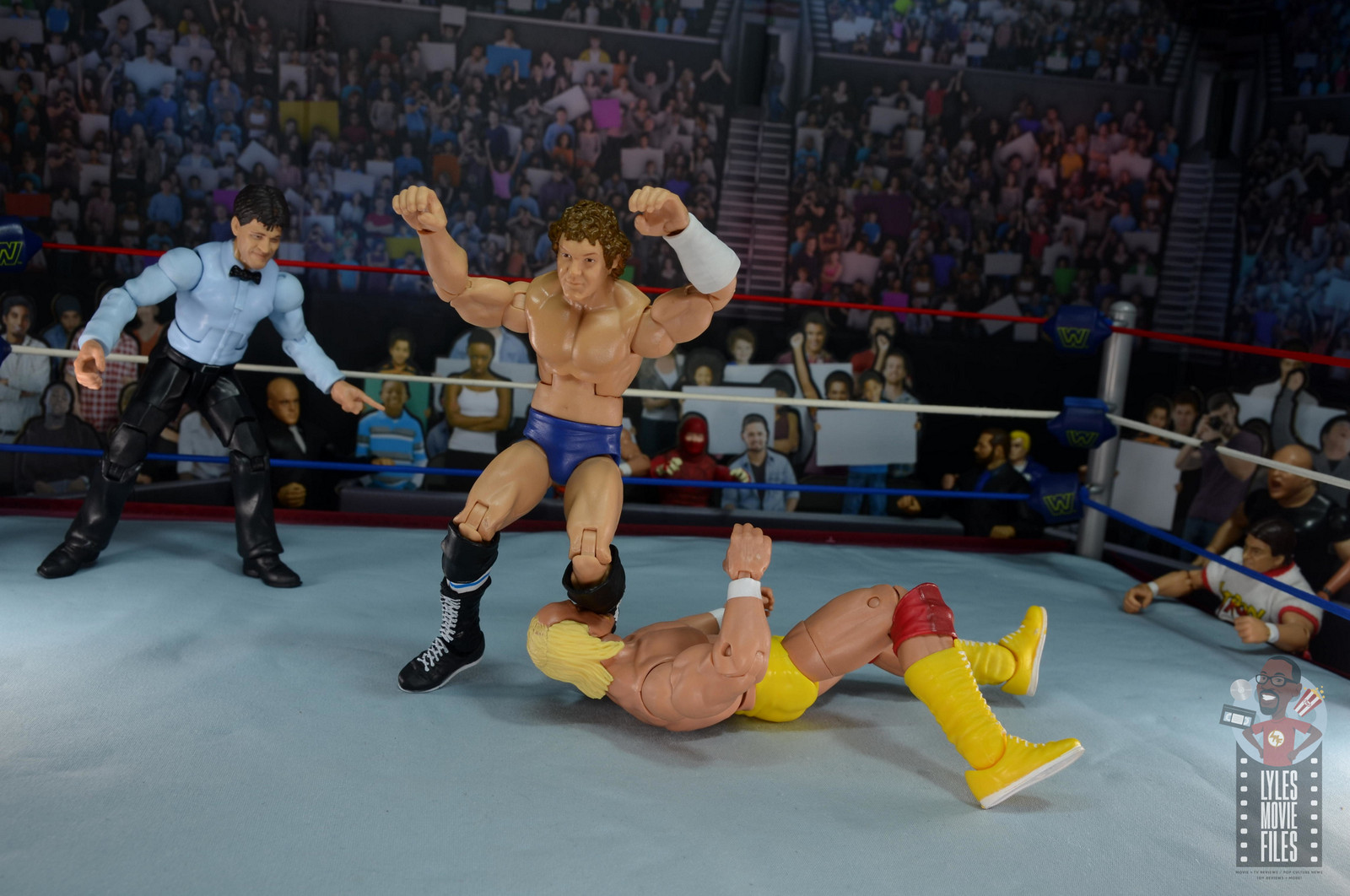 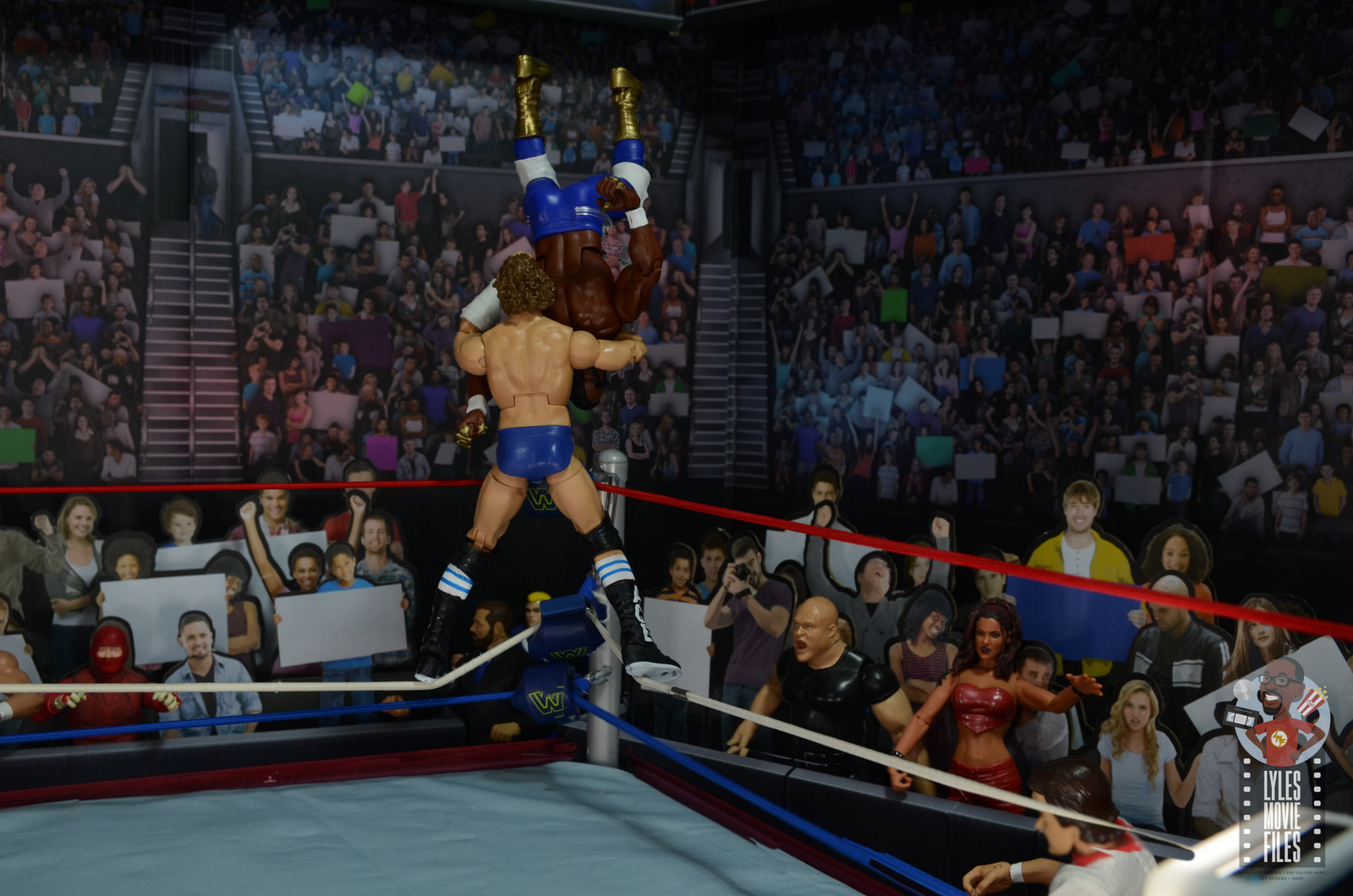 Accessories: Orton has a ton of fun accessories including properly scaled boxing gloves. 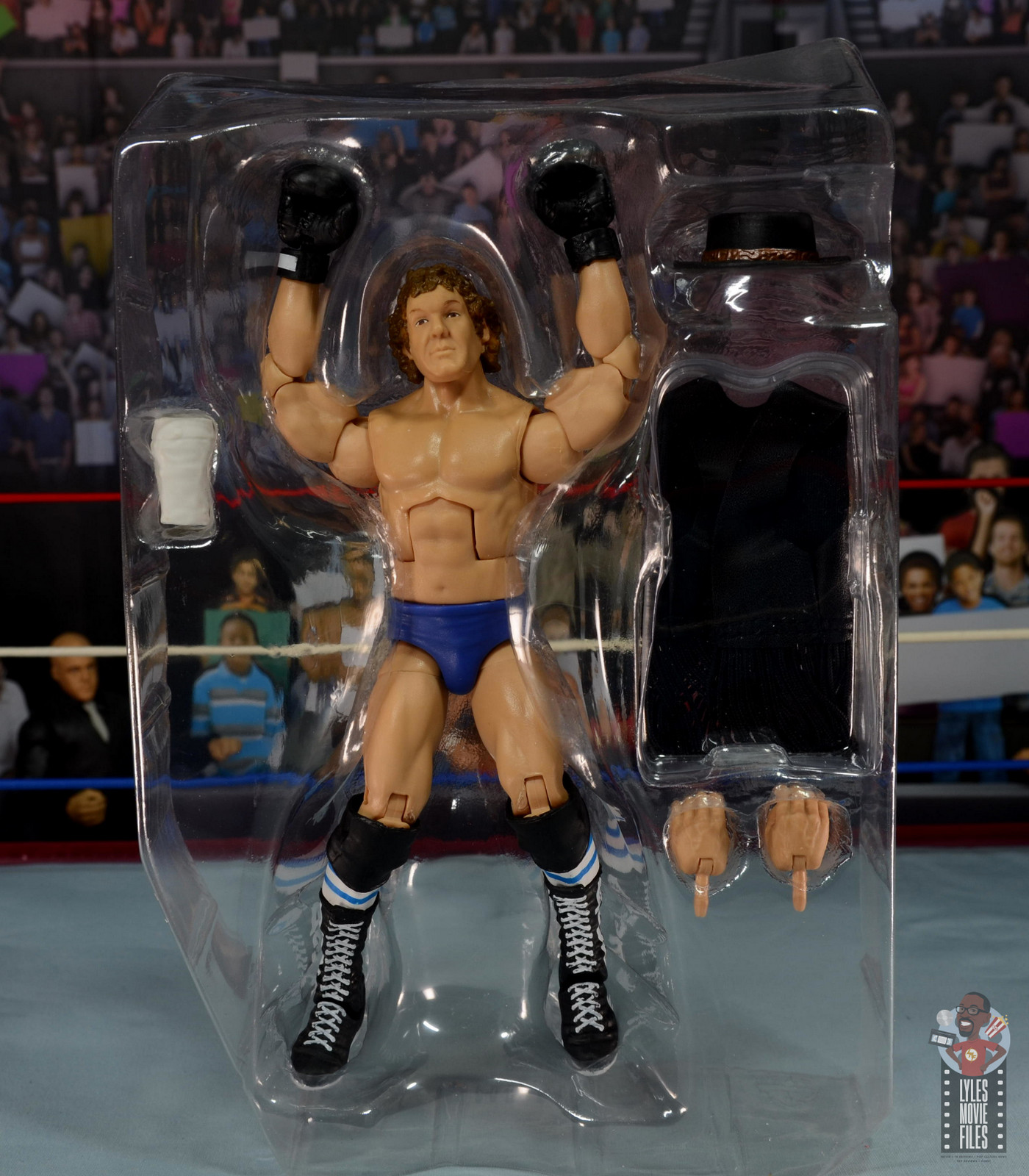 This is a fun inclusion and immediately provides another display option for other figures. This is a great value add accessory since it doesn’t have to be specific for Orton or any other character. 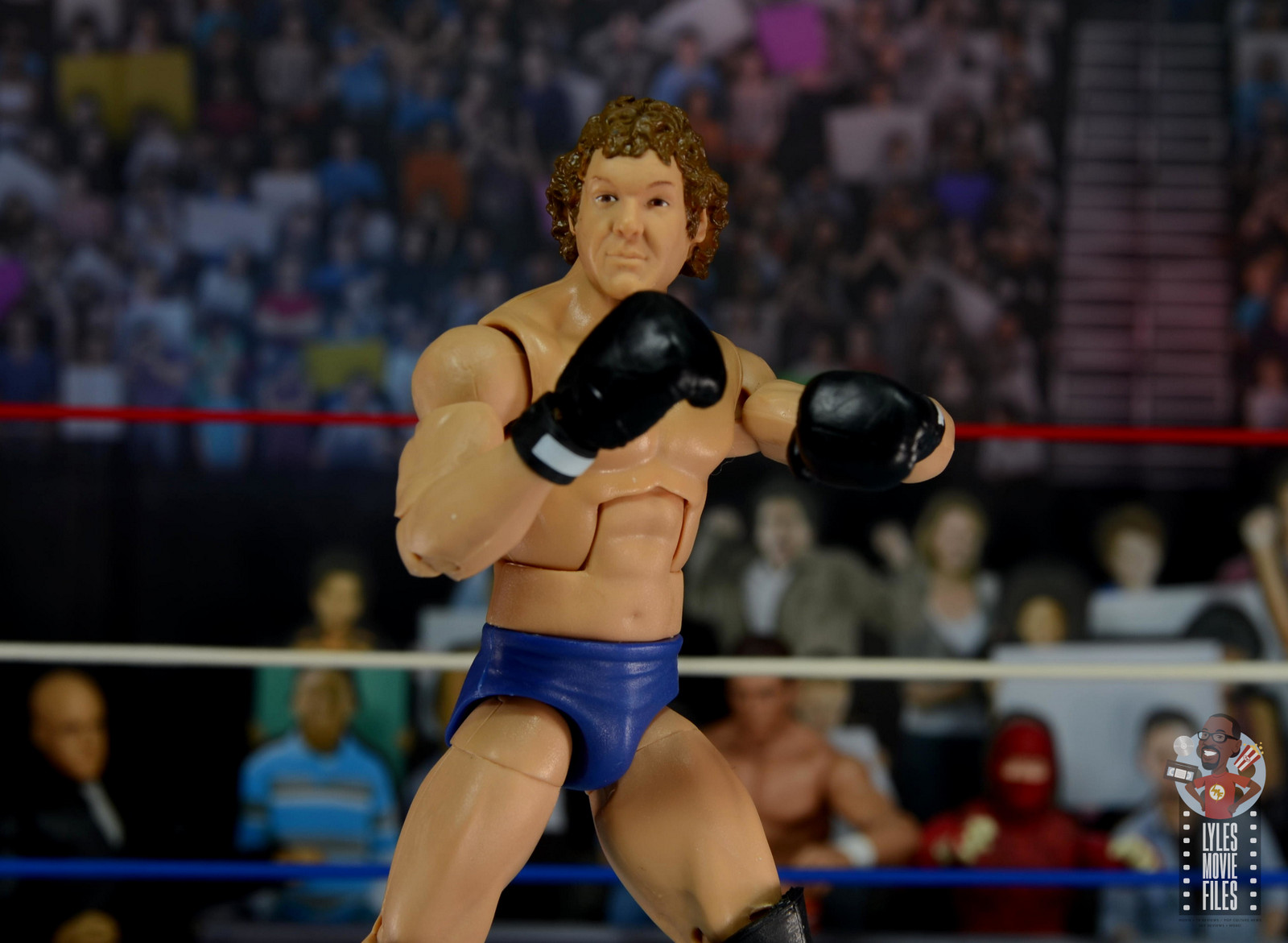 He’s also got the standard clutching hands, which works for more of a catch as catch can style wrestler like Orton.

Next up is his ring gear. Orton has his classic hat and a cloth leather vest. This was a nice touch. Mattel could easily written this off as boxing gear Orton, but went with the full Orton presentation, which was very cool. 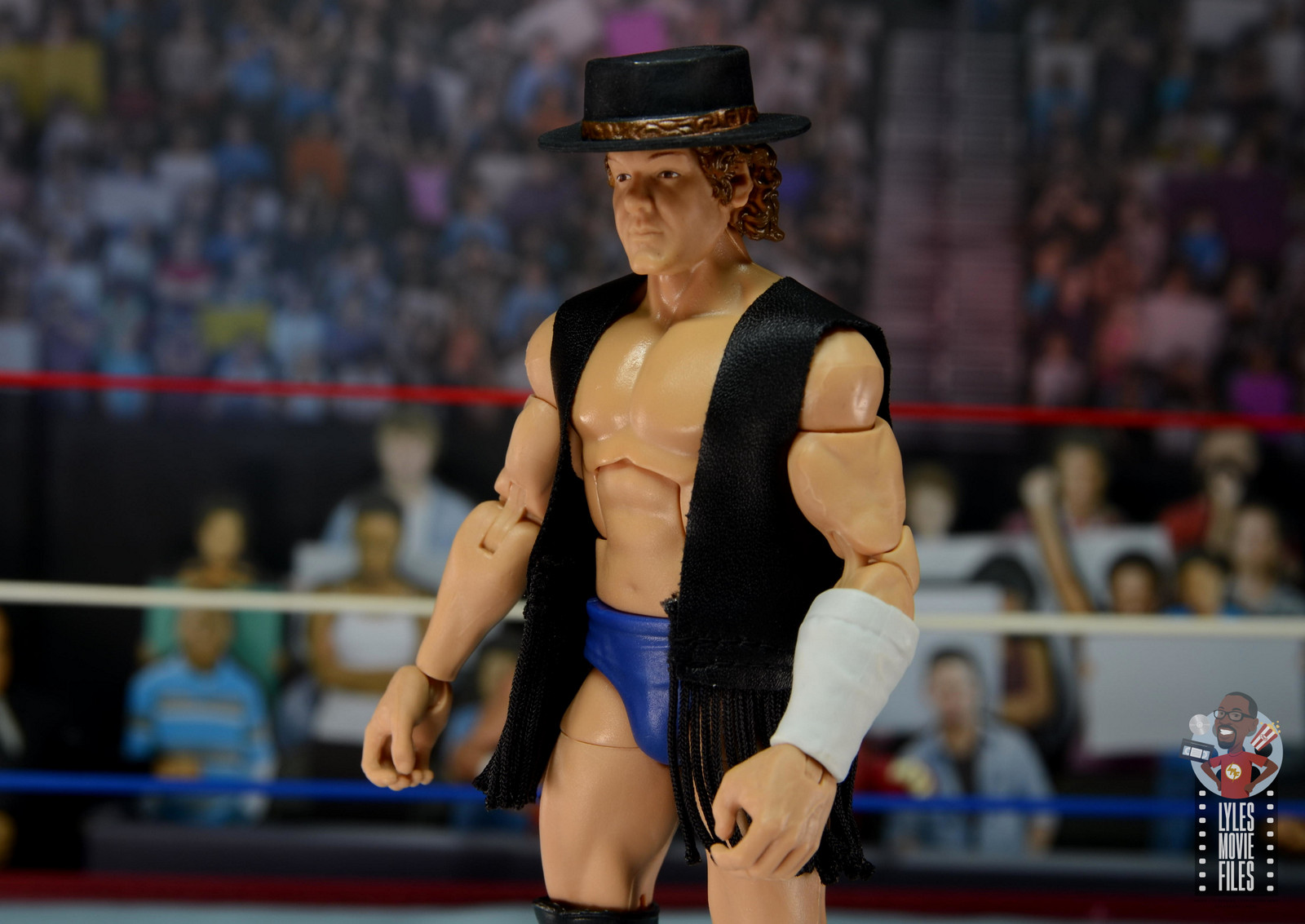 The hat is actually scaled properly this time as it’s not as tall. That’s something I wonder if most people would have cared about so it’s very cool that Mattel went the extra step of getting that right.

Finally, the accessory that truly puts this one over the top — his cast. It’s a separate piece if you want to take it off for those rare moments when his arm was healthy. That’s an essential part of Bob Orton and it was the most necessary accessory.

Worth it?  For a brief moment, Target had Legends Series 13 on clearance. I was able to get Orton for $10.30, an easy price for a figure with this kind of excellent value. At the normal $20 price, I wouldn’t have thought he was a bad deal but he was a can’t pass on figure at that price.

I’ve got zero complaints with this one. Mattel improved the original Orton figure and added some fun new accessories to really make this one worth the upgrade. 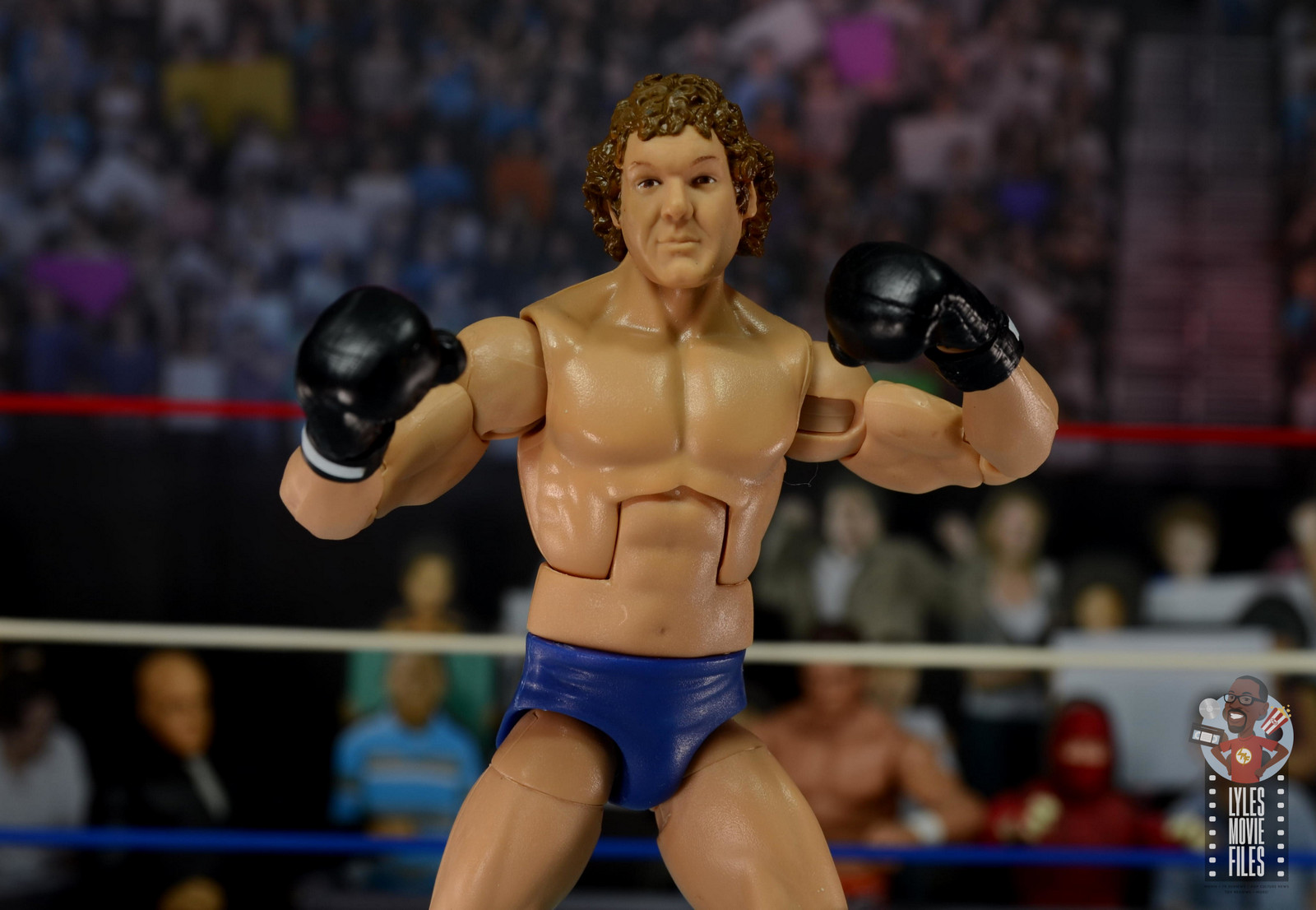 Where to get it?  The WWE Legends line is exclusive to Target. Orton and Hurricane Helms seem to be on shelves in my area longer than Triple H and Jake the Snake. You can easily still grab Orton through Target’s website for a curbside pickup with no trouble.