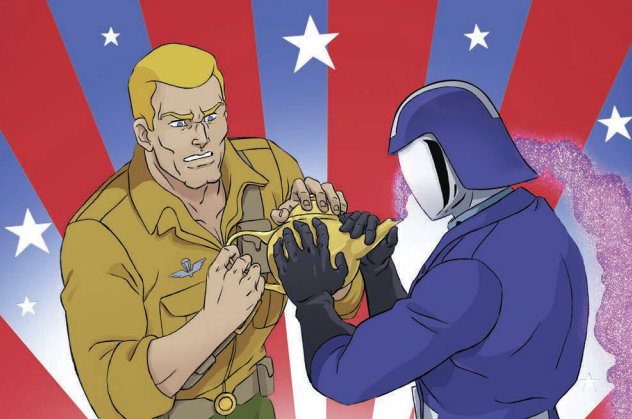 Whenever I get into a prolonged lousy mood, I’m going to pick up G.I. Joe: A Real American Hero Saturday Morning Adventures. This has been one of the greatest four-issue mini-series I’ve had the pleasure to experience. It’s been such a love letter to Joe cartoon fans that it stands as one of the best Joe tales ever.

Writer Erik Burnham has every notable Joe and Cobra’s voice down perfectly. In a comic book era where creators just write how they want Burnham deserves a ton of credit for faithfully channeling the characters so precisely.

This issue plays out like the final installment of a Joe mini-series event with a plethora of Joes and Cobras on the battlefield.

Aladdin’s genie found a workaround Cobra Commander’s final wish and is making the teams fight to the death.

What stands out so much here is how Burnham crafted pockets of moments for so many characters. Major Bludd starts off the attack, Firefly tries to flee and tangles with Spirit, Snake Eyes and Storm Shadow are locked in a stalemate. Meanwhile, Quick-Kick is already adding this chapter to his memories.

And the PSA at the end was perfect.

Dan Schoening’s art expertly captured the visual of the cartoon right down to the appropriate expressions for characters like the Dreadnoks, Roadblock and Shipwreck.

The cartoon style was pretty basic, but Schoening gives it an extra layer of detail to make the art more closely resemble the higher end GI Joe The Movie designs.
Schoening earns extra credit for packing as many Joes and Cobras in the various panels. 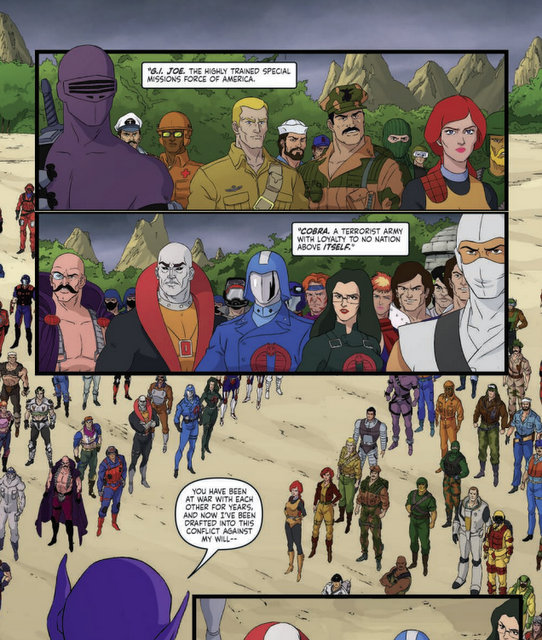 Luis Antonio Delgado’s bright color choices are fitting for this lighthearted story. The colors are vibrant and full of energy conveying the feel-good tone of the series.

This was the rare mini-series where every installment was flawless. Saturday Morning Adventures perfectly captured the spirit of the source material with a fresh, original story that felt like it easily would have worked as a cartoon movie.