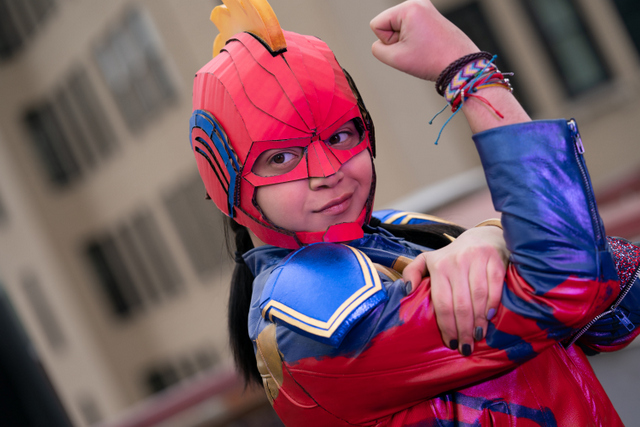 Where Moon Knight struggled at times balancing the civilian life of its hooded vigilante, Ms. Marvel is excelling. There’s plenty of time to get to the action extravaganzas, but that can take a backseat to some of the more endearing character development from the MCU.

That’s not easy now that MCU fans are used to spectacular and thrilling battles. Ms. Marvel is slowly leaning into a more superheroic slant with no real rush to hurry along. In this case, that’s not a bad thing.

This is entirely due to the endless charm of star Iman Vellani and a fantastic supporting cast. Vellani perfectly embodies a modern teenager. Kamala is somewhat awkward, but not such an outcast that she can’t get invited to the cool kid’s party. And her mother, Muneeba (Zenobia Shroff), father, Yusuf (Mohan Kapur), and brother, Aamir (Saagar Shaikh) continue to be the most charming family unit in the MCU. 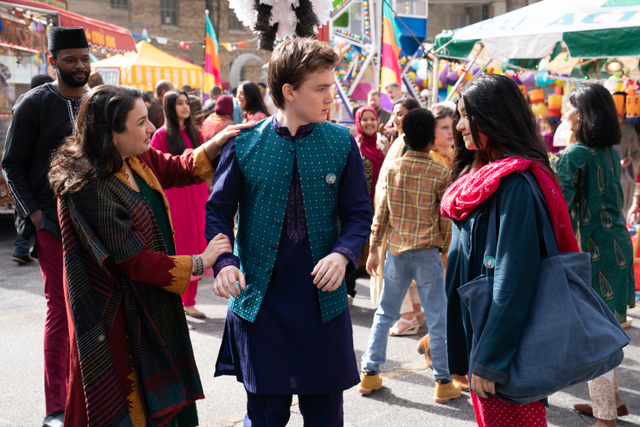 It’s commendable that the series isn’t shying away from Kamala’s Muslim heritage right down to a trip to the mosque. Even better, nothing is dumbed down for the sake of audiences unfamiliar with Muslim or Pakistani traditions. Curious viewers can simply Google the significance of attires, sayings and roles without the show having to provide a cultural primer.

Most of the episode is uneventful from a superhero show perspective, but highly entertaining from a teen who happens to have powers slant. Kamala falls hard for new student, Kamran (Rish Shah), who takes a surprisingly quick interest in her. 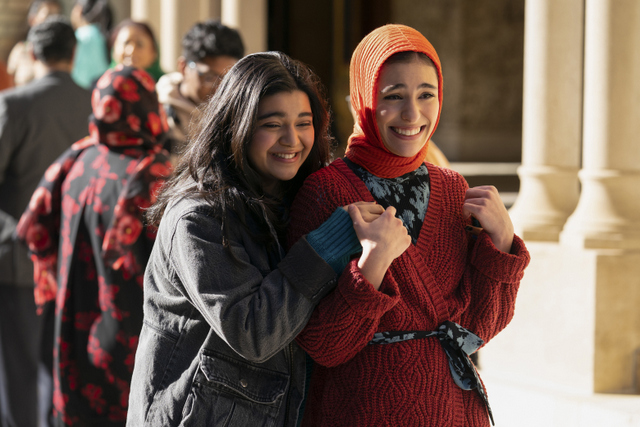 Nakia decides to run for a seat on the Mosque board to help enact some change…and possibly catch the shoe thief.

Aamir brings his fiancé, Tyesha (Travina Springer), along for an interesting discussion on Kamala’s great-grandmother. And Bruno has an offer to attend a college program in California. What’s most surprising about Ms. Marvel is none of these subplots feel like a waste of time and a distraction from Kamala running around as Ms. Marvel. Since they’re a vital part of her life it matters in a meaningful way in the show.

Kamala has a newfound confidence after unleashing her powers. Her genius BFF Bruno has gathered enough data to confirm the bracelet simply unleashed her powers instead of causing them. This keeps the door open to explore Kamala’s comic history as an Inhuman. 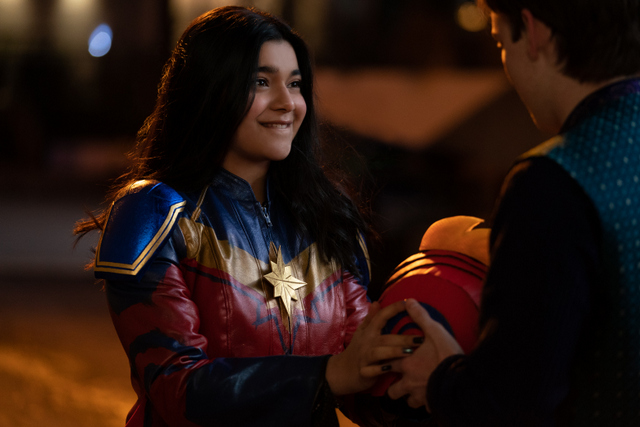 The one aspect of the series that doesn’t quite feel as solid is Kamala’s powers. Clearly, Marvel Studios wanted Mister Fantastic of the upcoming Fantastic Four to be the hero with stretching and body extending powers. Giving Kamala hard light abilities makes her more like Green Lantern without the imaginative constructs. There was a fun visual of Kamala using her powers in the comics that so far isn’t translating as well with disc crystals.

She gets to try them out throughout the episode via training with Bruno and random outbursts. And again, when a young boy is hanging from a ledge after a selfie gone wrong. It was cool to actually see a hero botch the rescue to a degree. Yes, Kamala saved the kid from dying, but he busted up his ankle as Kamala was busy landing “the hero pose.” I love that that’s the Black Widow tradition that endures beyond her.

For an MCU property, getting the powers right isn’t as important as the personality. Thanks to Vellan, the power growing pains are minor. This episode introduces an antagonistic presence in a smaller scale with Agent Deever (Alysia Reiner), who’s seeking to bring in this dangerous vigilante. Kamala has been a menace to some degree though not intentionally.

Two episodes down and Ms. Marvel is still shining making for a tremendously fun MCU experience.