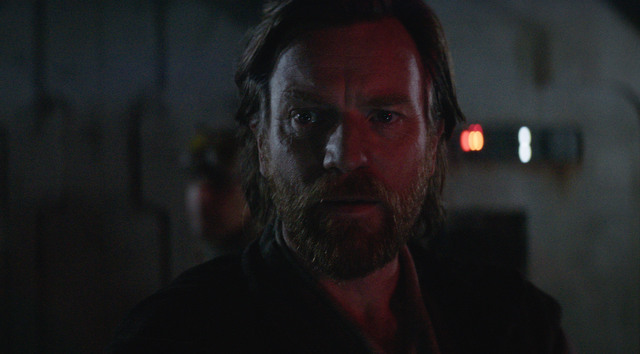 I want more and I know I shouldn’t.

Those were the words of Anakin Skywalker as he was frantically searching for a way to save Padme. I pretty much echo those thoughts with regards to more Obi-Wan Kenobi episodes although I definitely should.

But if this is the final time we’ll see Ewan McGregor as the beloved Jedi, it was a fitting farewell. One that carefully closed any potential plot holes with the firmly established Star Wars (A New Hope) canon.

Was this a perfect season finale? No, but what was good was pretty great and more than enough to overcome the weaker subplot.

Let’s get the latter out of the way first.

The writers had a solid endgame for Reva’s arc but getting there was continually problematic through the entire season. It didn’t help that Reva seemed to have magic powers that allowed her to know everything exactly as needed. Her arrival on Tatooine while Obi-Wan, Leia and Roken were escaping Darth Vader’s forces was probably the most egregious.

Granted, the Grand Inquisitor laid out that revenge could keep a Sith/aspiring Sith alive, her popping up on Tatooine to kick off the episode was a little silly. It wasn’t like she needed to rush to go after Luke. Taking time to lick and heal her wounds — heck, just taking five minutes in a Bacta Tank — would have helped this immensely. Now, Reva comes off like a Terminator incapable of letting a small thing like a lightsaber through the gut stop her from her goal. And man, did Qui-Gonn Jinn completely give up the (Force) ghost if the gut jab isn’t a kill shot.

Reva was holding on for revenge. If she couldn’t kill Vader, she’d kill his other child. There’s honor in Tatooine as Owen gets a heads up that Reva’s searching for him. That allows Owen and Beru to set up a not at all complex defense set-up. Owen probably should have hit the Jawas up for a power loader droid like NED-B. Reva was clearly nowhere near full fighting capacity, which helped explain how Owen and Beru could pose a remote challenge. That gave Luke time to run off like the Owen/Beru contingency plan stated.

Enough about Reva for a second, let’s get to the great part of the episode.

In an Empire Strikes Back style homage, Vader’s Star Destroyer is closing in on Roken’s ship. There is no escape and Obi-Wan realizes it. The only way to save everyone is if Obi-Wan runs a distraction play. Leia’s not thrilled at the idea of Obi-Wan leaving but shows her pickpocket skills again by slipping Lola in his robe for extra motivation. Cute kid.

Obi-Wan encourages Roken to keep leading others, which seems to be a positive sign that we might see him again. Maybe in Andor? And hopefully Haja too. Star Wars can always use more charismatic rogues.

Naturally, Obi-Wan’s plan works and Vader calls off chasing Roken to follow his former master’s ship. And then it’s time for the main event. The rematch of Darth Vader and Obi-Wan Kenobi. 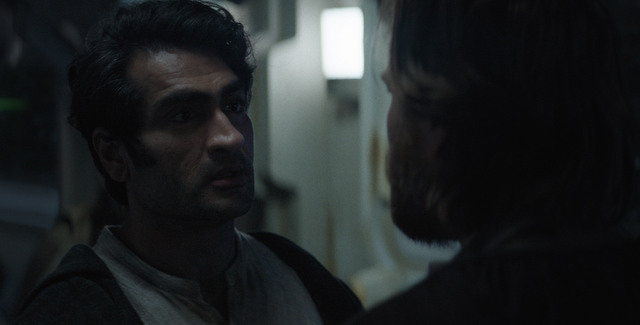 From the rock column backdrop to the dark green haze, this was a fitting battleground for the duel. This one lived up to the build-up as Obi-Wan was on mostly even footing with his former apprentice. There’s something amazingly cathartic calling Darth Vader “a cheating bastard” in 2022. That was basically my sentiment when Vader started throwing objects at Luke in Cloud City and likewise when he started tossing rocks mid-duel at Obi-Wan.

There was a certain cockiness to Vader in this fight where it felt like Hayden Christensen’s occasionally overconfident Anakin Skywalker came to the forefront. Satisfied at beating his master and not a pale impersonation, Vader seeks his full revenge and buries Obi-Wan alive. In a really nice moment, Obi-Wan doesn’t get a Force chat pep talk from Yoda, but rather thinks of Luke and Leia as his motivation to get back in the fight. It’s fitting that the new hope provides Obi-Wan with the inspiration he needs to fight back against Vader.

This time, Obi-Wan doesn’t hold back. He’s Force throwing Vader and tossing rocks at him in waves. It’s the kind of focused attack Anakin hasn’t been used to since his Vader armor did half the work of intimidating his opponents. But Obi-Wan wasn’t afraid any longer. He was ready to do what he must. Shoutout to the writers for lobbing up some Revenge of the Sith dialogue into this duel.

Obi-Wan hammers away at Vader’s chest mechanism significantly affecting his breathing making him easy prey for a helmet shot. Yes, this was borrowed from Rebels, but it was great enough to warrant playing out in live-action. The scene was made even stronger as we could still see glimpses of the old Anakin through the cracked helmet.

This was the killer part of the episode as Obi-Wan no longer fears Vader. He’s not wracked by guilt over Anakin’s choices and now pities his former friend. And this provides the cover for the prequels and links the original trilogy as Obi-Wan says his friend is truly dead a la Luke in Return of the Jedi, and referring to Anakin as Darth before walking off.

That was the worst thing Obi-Wan could do to Vader, who’s once again left screaming like a child for Obi-Wan to return. After getting a new helmet, Vader gets a not so comforting pep talk from Palpatine(!) That exchange has to lay the foundation for a Darth Vader series, right?

There’s still some loose ends to tie up as Obi-Wan has to speed off to Tatooine as he senses Reva closing in on Luke. He can’t arrive fast enough though as an unconscious Luke is at Reva’s mercy. And Luke even gets knocked out so he doesn’t see Reva’s lightsaber. But seeing child, even Vader’s child, in the same position as her friends breaks Reva. She doesn’t want to be like that monster and brings Luke back to Owen, Beru and Obi-Wan.

Obi-Wan encourages Reva to live her life free of Vader now. It’s not like he could bring her to justice, but it sure felt like Reva did a lot of crappy things to be able to skate by with a pat of forgiveness. 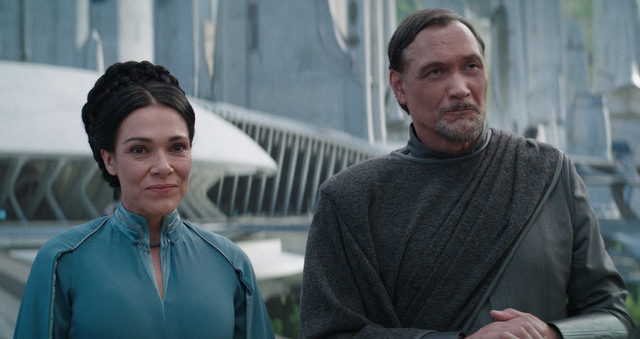 In returning Lola to Leia, Obi-Wan cautions her that she has to be careful about their history. This covers the New Hope message now and Obi-Wan tells Leia of the positive traits she received from both her parents. That Obi-Wan, always taking the high ground.

He even finds common ground with Owen. There’s no need to train Luke to become a Jedi. That’ll work out on its own. If you call his uncle and aunt being burned at their home, then yeah, I suppose that’s true. Owen is so grateful he even lets Obi-Wan meet Luke.

As Obi-Wan heads off into the Dune Sea, he spots a familiar face. It’s Qui-Gonn! I don’t care if this was a quick cameo. It was so cool to see Obi-Wan reunite with his master. And again, if that’s it for Obi-Wan until Star Wars (A New Hope), that completes his loop beautifully. Buttt, it’s a big galaxy and Obi-Wan could still have plenty of adventures even if he’s not watching over Luke like a hawk.

This felt like a gift for Star Wars fans, but I absolutely need more. I’d be down for Obi-Wan Season 2 following Season 1 of Darth Vader. What do y’all think?

Grab the Star Wars The Black Series Revenge of the Sith Obi-Wan Kenobi figure from Amazon.