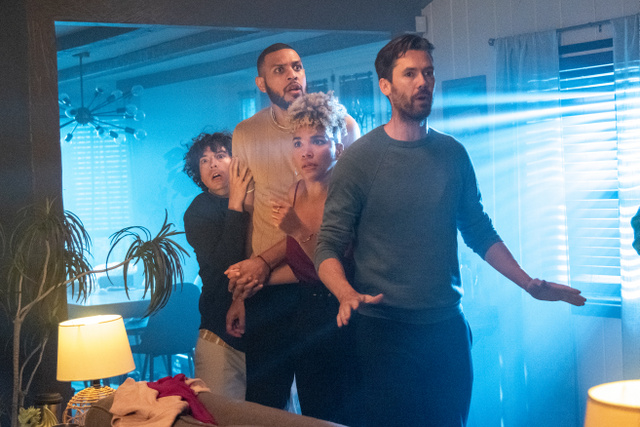 Gatlopp should score with drinking game night fans. It’s got a clever premise, sharp script and a terrific cast that makes all the craziness more fun than a marathon Monopoly session.

Paul is struggling through a massive funk after his wife, Alice (Shelley Hennig, Unfriended), asks for a divorce. If anyone can help him deal with this demoralizing heartbreak, Cliff figures it’s the gang. 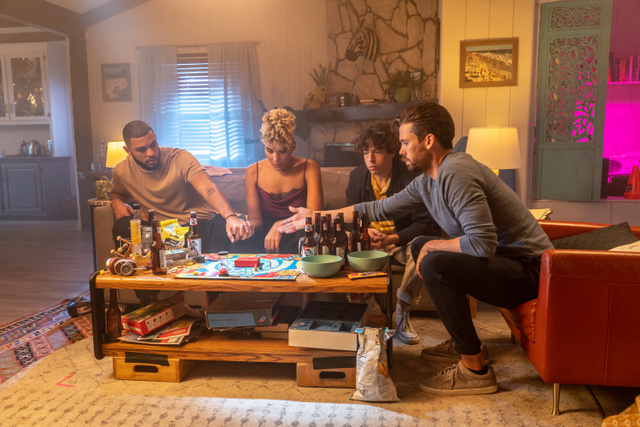 Some time has passed since their wild, carefree days. Life has thrown some tough curveballs, however. Sam, Troy and Paul aren’t sure if a night of drinking will restore that old group dynamic. After a passionate guilt trip from Cliff, the gang decides to order some pizza, have some drinks and play this board game, Gatlopp.

This closes a loop established much earlier in the film. Another group of friends had a wild night playing Gatlopp and mysteriously vanished. Director Alberto Belli doesn’t rush to get to the game part of this game night movie.

Instead, Belli takes time to establish the crew and their interplay. It’s a smart move that allows for a decent amount of investment in the group before all of the mayhem begins.

Playing out like a twisted version of Game Night and Jumanji, Gatlopp thrives on the chemistry of the four leads. This isn’t necessarily a foursome that seems like they’d be tight. Bass, Raver-Lampman, Jackson and Mahoney sell this group bond with ease making the setup more fun than expected. The jokes land as intended. And the film feels like watching four friends just reconnecting and reminiscing about some of their wild exploits instead of a movie.

Not wanting to get too wrapped up in the rules, the gang plays and makes them up as they go along. Naturally that’s when things get a little wild as the game starts to take control of the players instead of the other way around. With no rules already thrown out, the gang slowly begins to realize how little control they have especially as Gatlopp starts raising the stakes of their casual drinking game night. 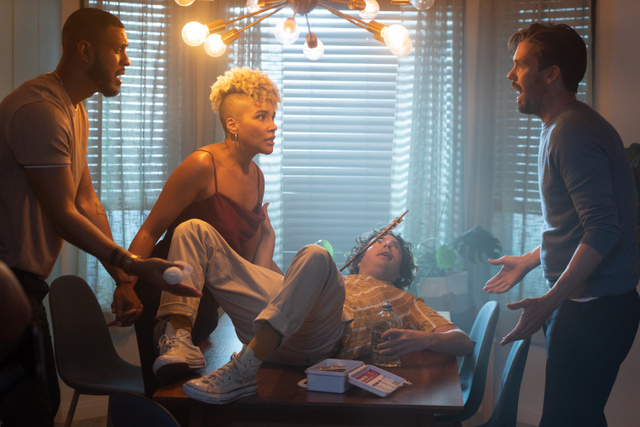 This is the point where Mahoney and Belli could have lost the audience. Scenarios playing out from teleporting, body swapping and flying arrows might not have worked, but the cast reaction completely sells it.

Flashbacks further reveal some truths the gang would rather keep secret from each other, but it’s for the greater good. Gatlopp demands the truth be put out on the table in order for a winner to be declared. If no one wins the game by morning, then everyone is sent to hell where they’ll be playing for eternity.

Things get a little wacky in the final act. That’s when the fun-loving goofiness gets swapped out for some slightly out of place, emotional drama. While it is somewhat of an awkward fit, the cast navigates these serious moments just fine and it doesn’t prove too disruptive. 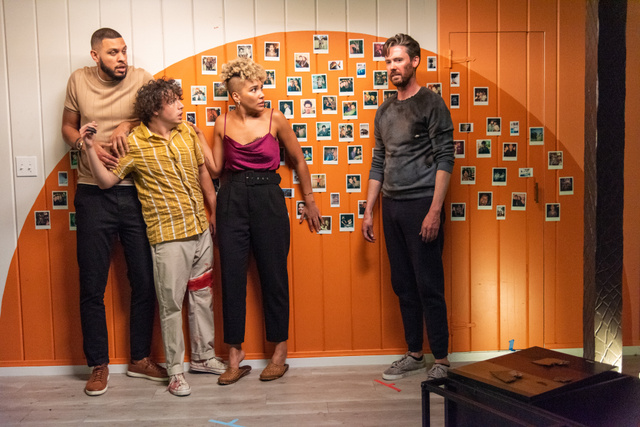 Technically, nothing really stands out as egregiously bad or low quality. The living room setting helps although Sam’s hair in the flashbacks looks like a bad wig.

Gatlopp takes the game night genre for a pleasant spin on the strength of its talented and winning cast.

Gatlopp will be available on Demand and Digital on June 23.