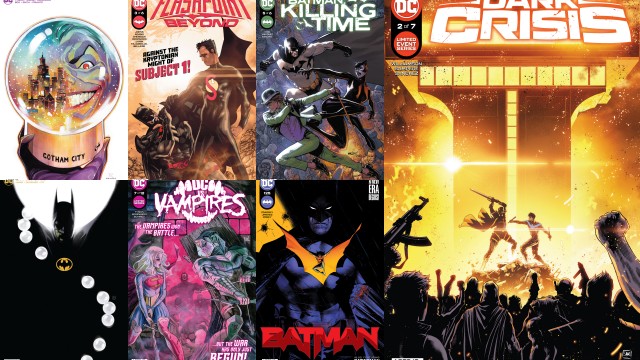 While the series had a few down moments, Tynion’s endgame smoothly concludes this yearlong plus chase of The Joker. Gordon is back in Gotham and breaking down his encounter with Bane and The Joker to Batman.

Batman is slightly worried Gordon actually killed Joker. Instead Gordon explains the threads with The Network, Bane, Vengeance, the Sampsons and The Joker.

It’s a complex web that Tynion mostly navigates through without major problems.

Giuseppe Camuncoli’s clean artwork features precise line work and panels without a ton of clutter. Camuncoli’s layouts play up the revelation drops as Gordon explains the larger purpose of his assignment.

Arif Piranto’s colors aren’t overly bright and fit seamlessly with the tone of the story.

Tynion took some curious paths but ultimately The Joker was a wild ride and a terrific showcase for Jim Gordon and inspired moments of lunacy for its title character.