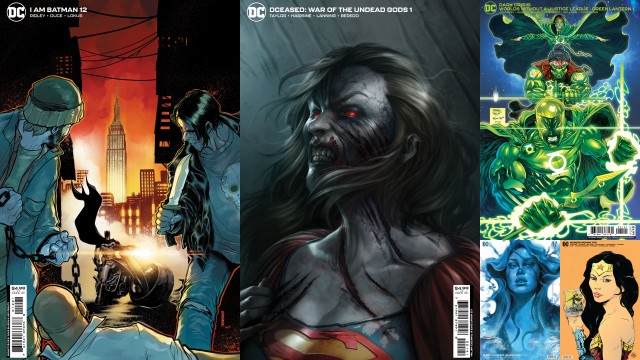 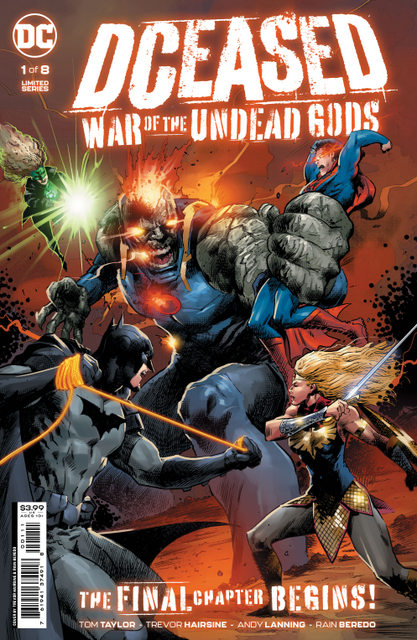 The trick with the first two chapters of DCeased was each installment wrapped with a perfectly fine conclusion for the world overrun with zombies. Writer Tom Taylor did a masterful job of eliciting a variety of emotions from fear, anger, hope and sadness. DCeased has been the textbook example of how to get readers invested in an out of continuity franchise while keeping them hooked and wanting more.

This formula hasn’t lost its potency yet as Taylor and regular series artist Trevor Hairsine revisit Earth-2. Unlike the previous installments, Taylor allows the goodwill and positive vibes from the end of the second volume to carry on. Cyborg and the other surviving heroes discovered a cure and they’re starting to implement it.

Not just for the regular population, but also the heroes…and legends. This leads to another emotional fallout as some heroes can’t be raised from the zombie dead as they’re just dead. And with the reveal that the New Gods were also infected along with an orphan from Krypton whose parents had no idea they were sending their child to a zombie-infested world.

Hairsine keeps crafting his pages with a realistic, heavily detailed sensibility. As the emotional tenure of the series has raised, Hairsine’s character expressions have likewise improved. Inker Andy Lanning is a vital component of the art team in embellishing all of the critical details Hairsine crafts so easily. Colorist Rain Beredo continues to show necessary restraint in the bloody zombies and their victims, but it’s backgrounds like the sun that really allow the color to pop.

DCeased War of Undead Gods looks to bring the same high level of tragedy and heroic deeds that have made this series such a killer franchise for DC. I’m all set for what’s sure to be an emotionally heavy ride this fall.