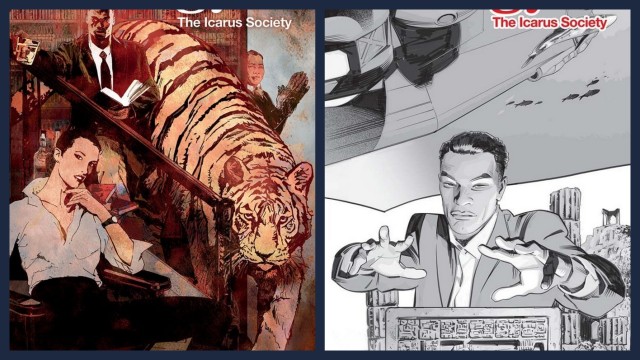 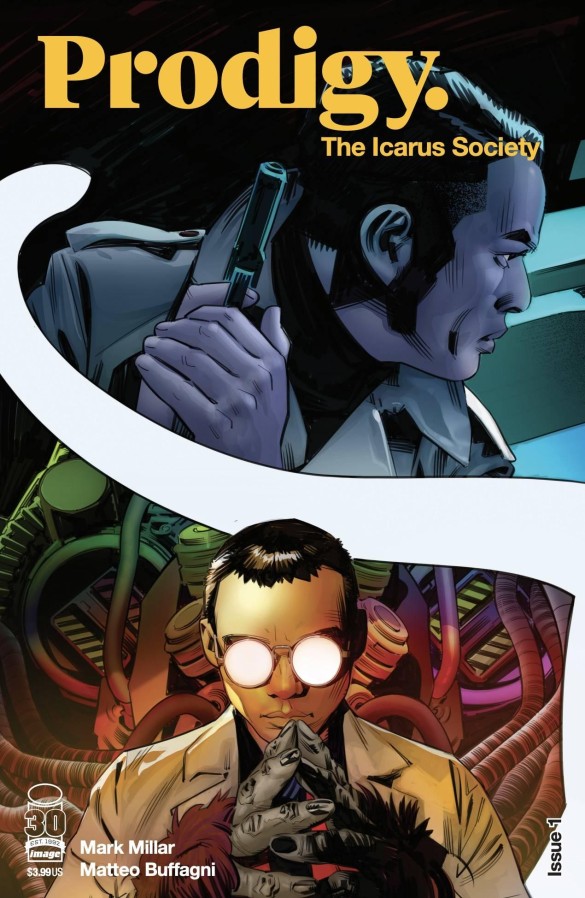 One of the more fascinating and welcome arrivals to the Millar Verse was Prodigy. The series focused on Edison Crane, a man obsessed with constantly challenging himself to be the absolute best.

The first volume had the right mix of Sherlock Holmes meets James Bond and was a remarkably quick read.

It almost seemed like creator/writer Mark Millar wasn’t going to be able to work in another adventure for Edison until the long overdue next installment — The Icarus Society.

Millar again finds unique angles to make a character who could be a bore to read due to his incredible prowess a compelling lead.

It’s not just the tests of Edison’s intelligence and ability to successfully split his attention so much as it’s the ways Edison tests himself. Whether racing a cheetah or hiring goons to kidnap him, Edison is always seeking the next thrill.

Millar creates a worthy Bond style villain in Lucius Tong, a brilliant physician whose fascinated with evolution and explosives. The latter is of particular interest to Edison as he’s racing against the clock to avoid Tong’s device from exploding within him.

Artist Matteo Buffagni has a crisp, vintage style that has a throwback vibe without looking dated. Buffagni’s Edison has an impressive presence that conveys he’s the most brilliant man in any room. The action isn’t over the top spectacles allowing Buffagni to layout the sequences like a fight choreographer.

Prodigy’s return is a welcome surprise from the Millar Verse. This first issue gets the new arc off to a terrific start and it’s gonna be fun seeing where Millar and company take this mini-series.