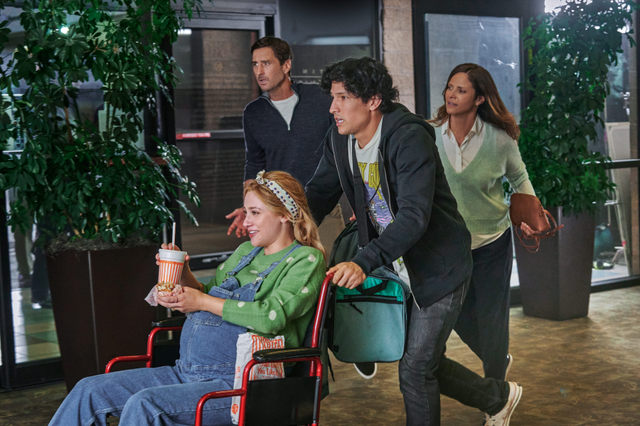 Look Both Ways really should be a better movie. It’s got a premise that seems infallible, stars a likable lead with a quality supporting cast, but it rarely makes the concept — or film — any fun.

Lili Reinhart (Riverdale) stars as Natalie, who’s all set to enact her five-year plan after graduation. Through reasons that can only be described as “because it’s in the script darn it!” Natalie hooks up with her formerly platonic best friend, Gabe (Danny Ramirez, Top Gun: Maverick).

Debuting screenwriter April Prosser ditches any trace of subtlety as Nat is fine with a casual one-night stand while Gabe seems poised to propose once they’re finished.

It’s here that the film’s big gimmick kicks in as we see how that act plays out from both perspectives. In one, Nat gets pregnant while in the other her plan to leave Texas to become an animator in Los Angeles begins.

Director Wanuri Kahiu tries to keep the divergent paths obvious. LA-bound Nat’s scenes are awash in brighter yellow tones while the pregnant Nat stories are bathed in a soft blue tint. The unspoken message is having a kid is depressing and awful for someone who’s planned their next half decade out. 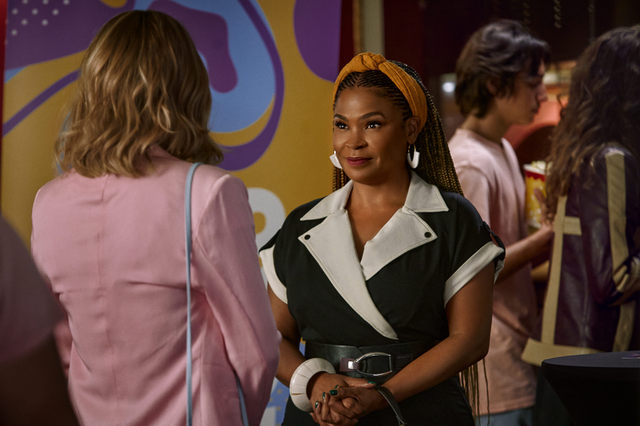 But no so fast. LA Nat is finding her plans a little harder to execute than she envisioned. Coincidentally, Nat’s idol and animation production company head, Lucy (Nia Long, Fatal Affair), is looking for an assistant. This gig definitely seems like the kind of highly coveted assignment that wouldn’t go to someone fresh out of college, but sure, let’s play along.

Nat gets a little inside track from Jake (David Corenswet), who takes an immediate romantic interest in her. This also rings dubious as Prosser ignores the optics of a dude who’s trying to hook up with Nat getting her a job at his workplace. 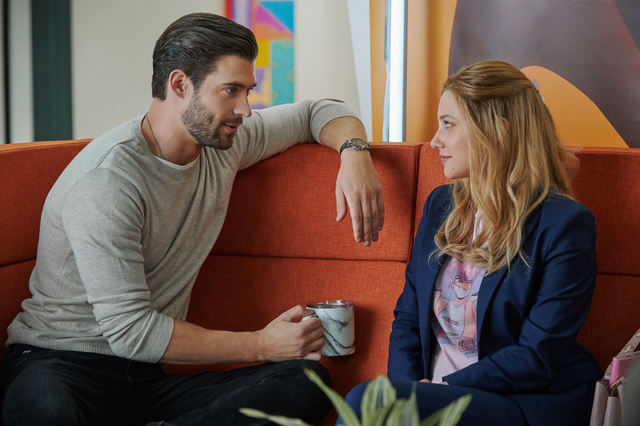 Not that Prosser is that interested in actually developing this romance. Nat and Jake draw closer because that’s how these movies work as opposed to any true, genuine connection.

Aisha Dee has the thankless, underwritten role as the obligatory LGBT minority representation/Nat’s BFF Cara. LA Nat and Cara are smoking a little weed outside their apartment when a neighbor above (Sahara Ale) drops a book. Next time, Cara is walking the neighbor out the door after a late-night hook up. 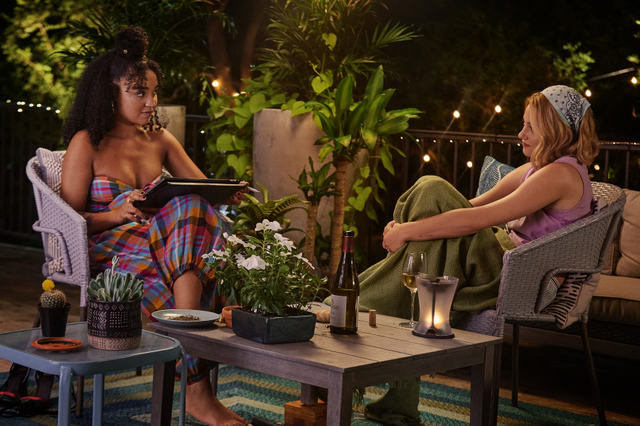 Again, Prosser just randomly sets up subplots that feel more like boxes to check instead of necessary layers to the characters.

Nat and Gabe have to face the spirited wrath of her parents, Tina (Andrea Savage, Veep) and Rick (Luke Wilson, Stargirl). As Nat is so moody, boring while coming off incredibly bitter about having a child, it doesn’t take much for Tina and Rick to be the reliable source of comedy.

There’s also no acknowledgement that maybe, just maybe Nat could have a child at an early age and still find successful satisfaction with a career and love life. Prosser treats motherhood like a prison sentence where dreams go to die. Reinhart is a likable actress, but she can’t make such an unlikable character someone worth rooting for to succeed.

The film’s tone is all over the place. Outside of Tina and Rick there’s not nearly enough humor to qualify as a comedy. The romance moments with Gabe and Jake are downplayed in favor of Nat’s latest life challenges. And the haphazard execution of the gimmick continually undercuts any drama.

To provide some visual assistance mother Nat gets a haircut while freewheeling LA Nat keeps her long hair. That works until mom Nat opts to grow her hair out too. The final act’s constant jumping between the two perspectives becomes dizzying and harder to follow than necessary. 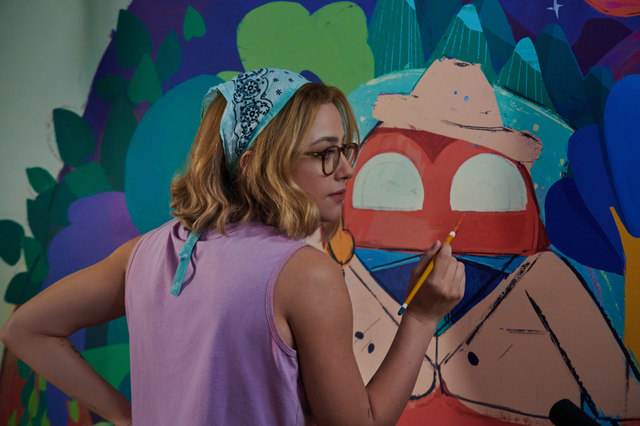 Look Both Ways wants to have it multiple ways as a comedy, rom com, drama and a straightforward romance flick. But this film would have been better served just getting one genre right.