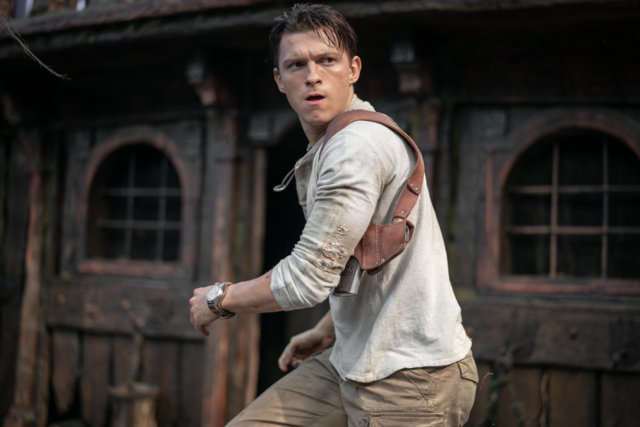 I wasn’t thrilled with the announcement of an Uncharted movie.

The stellar PlayStation game series is legitimately in the discussion for best action video game franchise of all time conversation. And a large part of that is how the games feel like taking a more interactive role in a grand, sweeping Indiana Jones style adventure with a massive blockbuster budget.

While it’s not at the level of its sprawling epic source material — an immensely big ask for any fan of the games — Uncharted has enough of the video game series’ DNA to make for a fun and entertaining film. 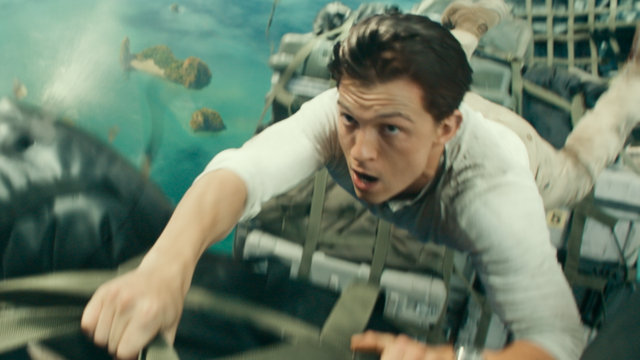 Iron Man screenwriters Art Marcum and Matt Holloway team with Agents of S.H.I.E.L.D. writer Rafe Judkins for this adaptation of the Naughty Dog game series. They have a solid comprehension of the series as they incorporate various aspects and subplots of the four games without feeling like they’re cramming in too much to make it overwhelming.

Nathan Drake (Tom Holland, Spider-Man: No Way Home) is a young, street-smart young adult who dreamed of pursuing hidden treasures with his older brother. Victor “Sully” Sullivan recruits Drake to partner up on a global hunt for a treasure that could net them a fortune bigger than their wildest dreams. 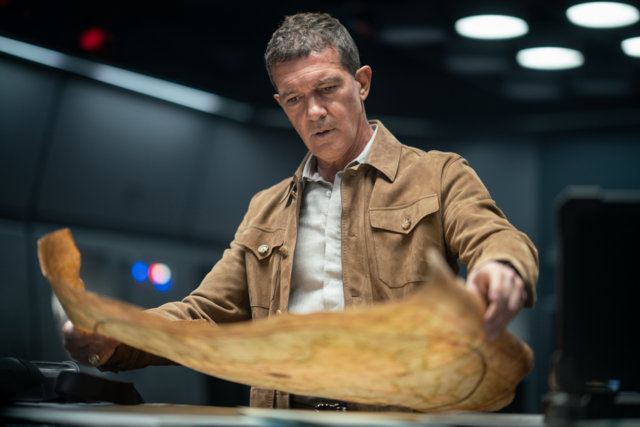 But first, they’ve got to decipher various maps and clues while staying a step ahead of Santiago Moncada (Antonio Banderas, Hitman Wife’s Bodyguard), who thinks the treasure is his birthright, and his deadly right-hand woman, Jo (Tati Gabrielle, Chilling Adventures of Sabrina).

Director Ruben Fleischer (Zombieland: Double Tap) also seems to be a fan of the game series. This is evident in the stunning opening sequence, which channels one of those nerve-wracking exhilarating sequences from the games. There are some other lively action scenes, but this one really captures the feel of playing Uncharted. 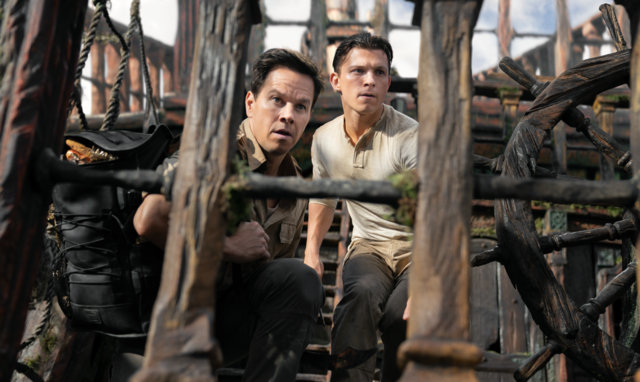 Easily the most controversial aspect of the film was the casting of the two leads.

In both cases it’s simply a matter of Holland and Wahlberg being much younger than their video game counterparts.

Back in 2018, Allan Unger made a short film starring popular fan cast choice of Nathan Fillion and Stephen Lang. It’s just short of 15 minutes but it perfectly embodies Uncharted minus the big super expensive action sequence.

Watching this it does feel like a missed opportunity for Sony Computer Entertainment America and Columbia Pictures to not just hire Ungar, Fillion, Lang, etc., give them a larger budget and let the money roll in.

From a studio perspective with visions of an enduring franchise, going younger is a wise decision, but it’s probably better to get the first installment right before worrying about sequels stretched out over a decade. In that sense, Uncharted comes off more like an origin than the true kickoff film that fans probably wanted. 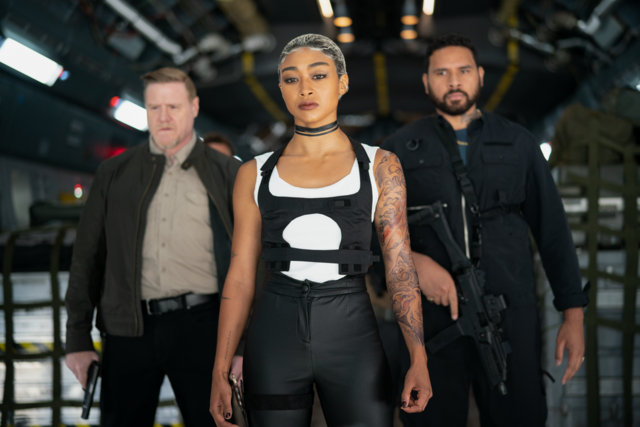 Holland and Wahlberg have the Drake/Sully dynamic of a wisecracking, cocky adventurer with his more cautious veteran treasure hunter mentor down pretty well.

Another concern was if the film was going to be more of a buddy action comedy to warrant Wahlberg’s involvement. In the games, Sully vanishes for long stretches of time allowing Drake to go on his own or team with other partners. Would that work for Wahlberg, who for some reason didn’t even have Sully’s signature mustache.

No need to worry on that front. Chloe Frazer (Sophia Ali, The Walking Deceased), a former partner of Sully’s, joins the crew to track down the treasure and team up with Drake in Sully’s absence. 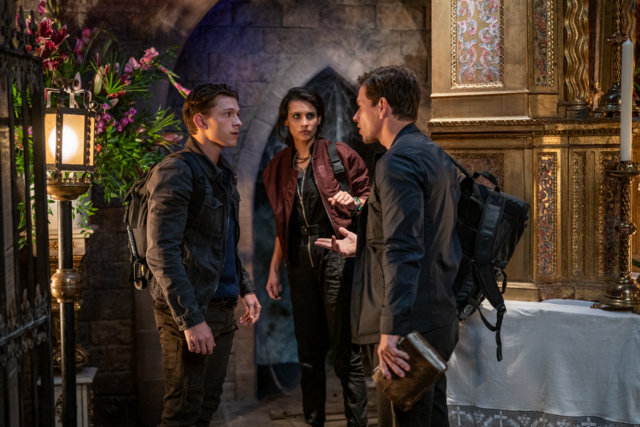 While it was fun seeing another regular from the game series appear on the big screen it was odd not having Drake’s romantic interest Elena in the film. In a nice touch, there’s a cameo from Nolan North, the actor who voices Drake in the games.

The action scenes and the treasure hunt aspect help make Uncharted seem fresh in the era of superhero blockbusters. Saying it’s not as great as one of the best video game series ever shouldn’t be a massive indictment as it’s a fun ride with a clear respect for the source material.

Check out Uncharted: The Nathan Drake Collection on PlayStation 4 on Amazon.