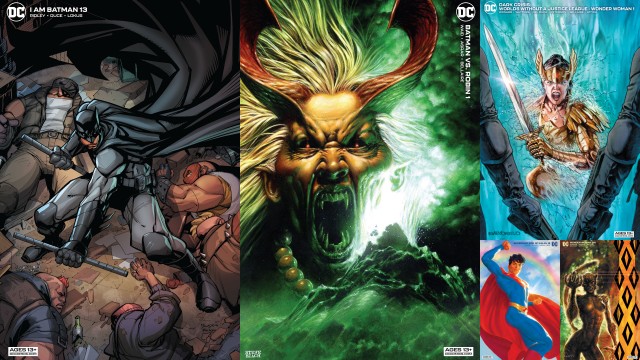 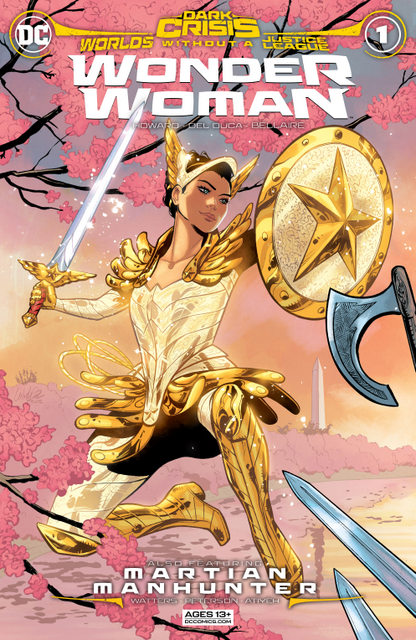 Tini Howard’s Dark Crisis Wonder Woman story features Diana’s idealized world has Etta Candy as president of the United States. And not just for two terms. Etta is such a remarkable leader she’s served for 16 years.

And the Amazons and Wonder Woman are ecstatic that “some of the world’s most potent power is in the hands of our sister. We can sleep safe.” It’s heavy handed and worse, lacks any insight as to what Etta has done to be this fantastic leader.

But there’s a darker secret at play that Diana discovers in a clumsy manner leading to Wonder Woman being forced to choose between humanity and Amazons.

Howard spent too much time on a setup that ultimately didn’t matter resulting in a rushed second half that lacks the intended emotional payoff.

The art from Leila del Duca is captivating with some detailed, highly emotive pages. There’s some consistency issues that occasionally pop up, but del Duca crafts an art style that works well for this story. Jordie Bellaire’s rich colors are stunning particularly in highlighting Wonder Woman’s new costume.

The secondary story features the Martian Squidhunter from writer Dan Watters and artist Brandon Peterson. Watters plays up some aspects of J’onn J’onzz that play out well with this noir tale. A mysterious killing brings J’onn on the case while he reflects on the new peace he’s enjoying on Earth.

Peterson’s style is a tremendous fit for this kind of story while Michael Atiyeh uses just the right amount of greys and reds to break up the otherwise black and white story.

It’s been interesting with these Worlds Without a Justice League that the backup story has frequently been the more engaging. That’s the case here as well as the main world starts to get shaped in Pariah’s vision.

This is worth grabbing for Martian Manhunter fans but Wonder Woman fans will likely find more enjoyment in her standalone title.